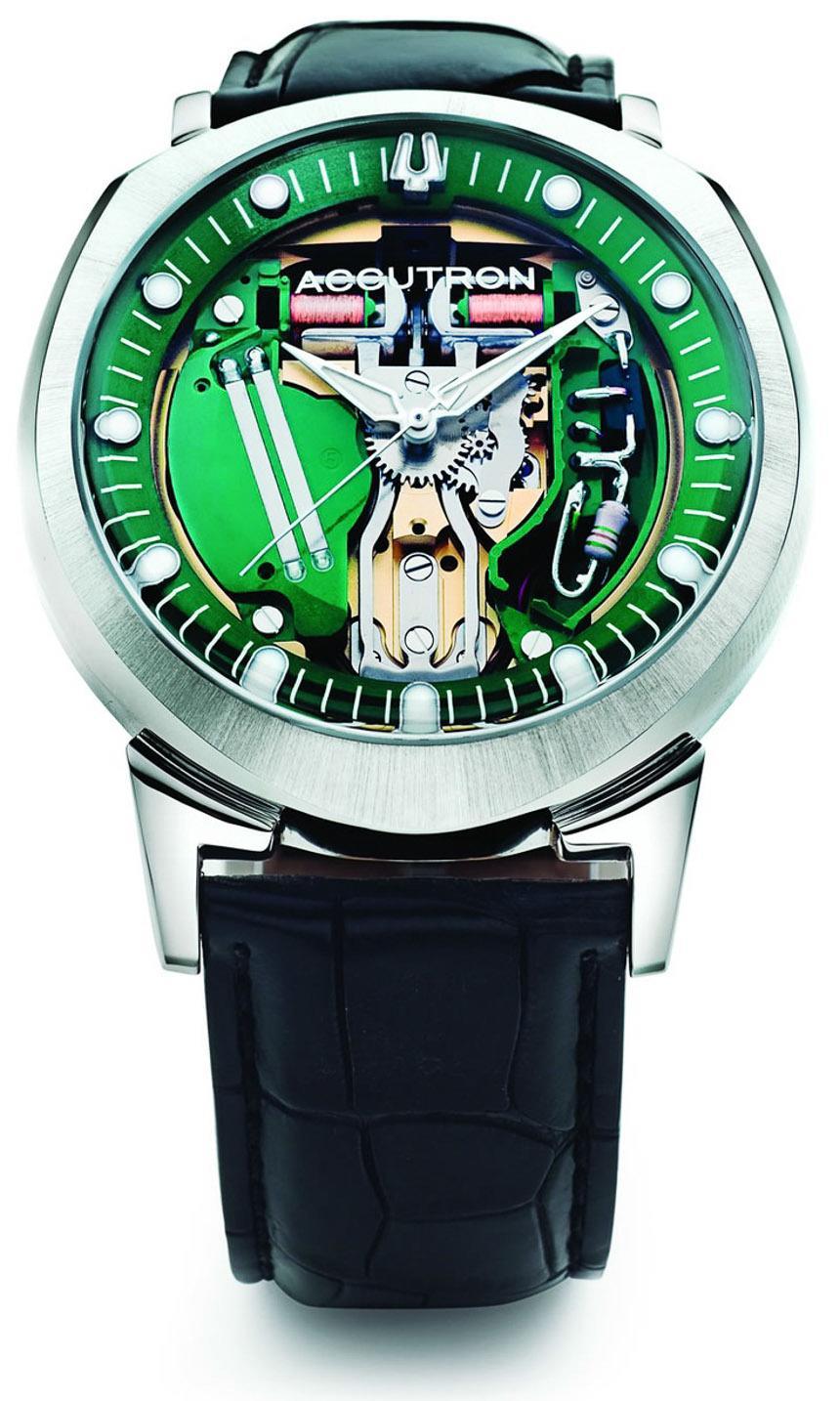 Season 7 (the final season) of the television show MAD MEN debuted tonight with the reading of a pitch for the Accutron wrist watch. It was only a matter of time before the subject of watch advertising came up in the series and there is perhaps no better example than the original Bulova Accutron. As the original electronic tuning fork watch, it offered a unique upgrade over mechanical watches but existed in a pre-quartz movement age. The pitch, as described in a monologue in the opening scene of season 7 episode 1 titled “Time Zones,” is perhaps one of the best watch advertisements of all time.

It was in the year 1960 that Bulova unveiled the Accutron range of watches to the public. The most famous model was the Spaceview, which was actually an accidental design never intended for sale. We discussed the Accutron Spaceview watches originally here back in 2008, early in the history of aBlogtoWatch. Turning fork watches were among the first electronic timepieces and used a vibrating tuning fork as the regulation system as opposed to a balance wheel. They also happened to be powered by batteries versus springs. Tuning fork watches had an slight humming noise that went along with them that accompanied the sweeping seconds hand. 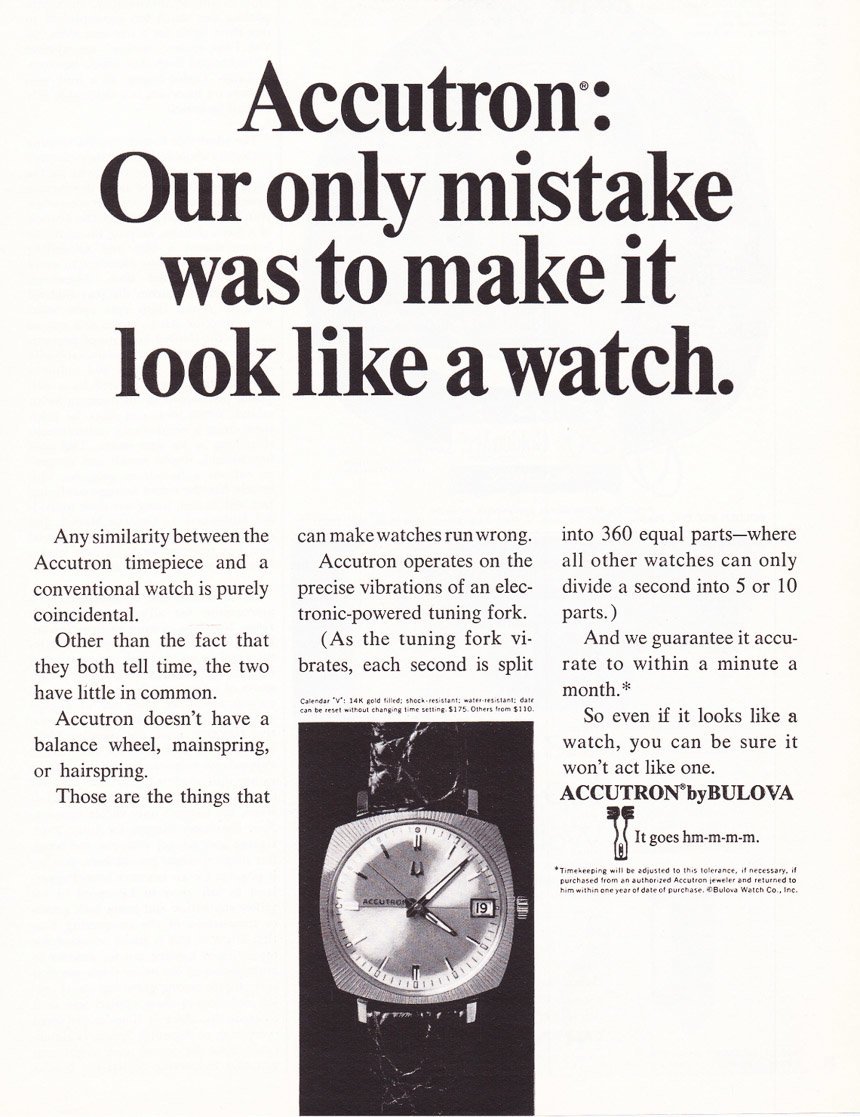 We considered the Accutron tuning fork watch so important we included it in a list of the 10 most important electronic watches. About a decade later in 1969, the world was introduced to the quartz electronic watch that made all tuning fork watches obsolete overnight. Quartz watches were less expensive (eventually), more accurate, and had longer battery lives. Quartz watches also had ticking versus sweeping seconds hands.

The most famous Accutron watches were called the Spaceview because they featured a dial which displayed a view to the movement. This was originally done as tool to help people see what the movement looked like inside of the watch. Eventually people wanted to buy those demonstration watches so much that Bulova Accutron decided to produce them. Nevertheless, the Accutron brand had many different watches with tuning fork movements, including sport watches as well as dress watches. These timepieces were not exactly cheap, and represented a very high-tech and interesting new technology. Still, it was a difficult sell to many consumers who were used to wearing strictly mechanical watches. 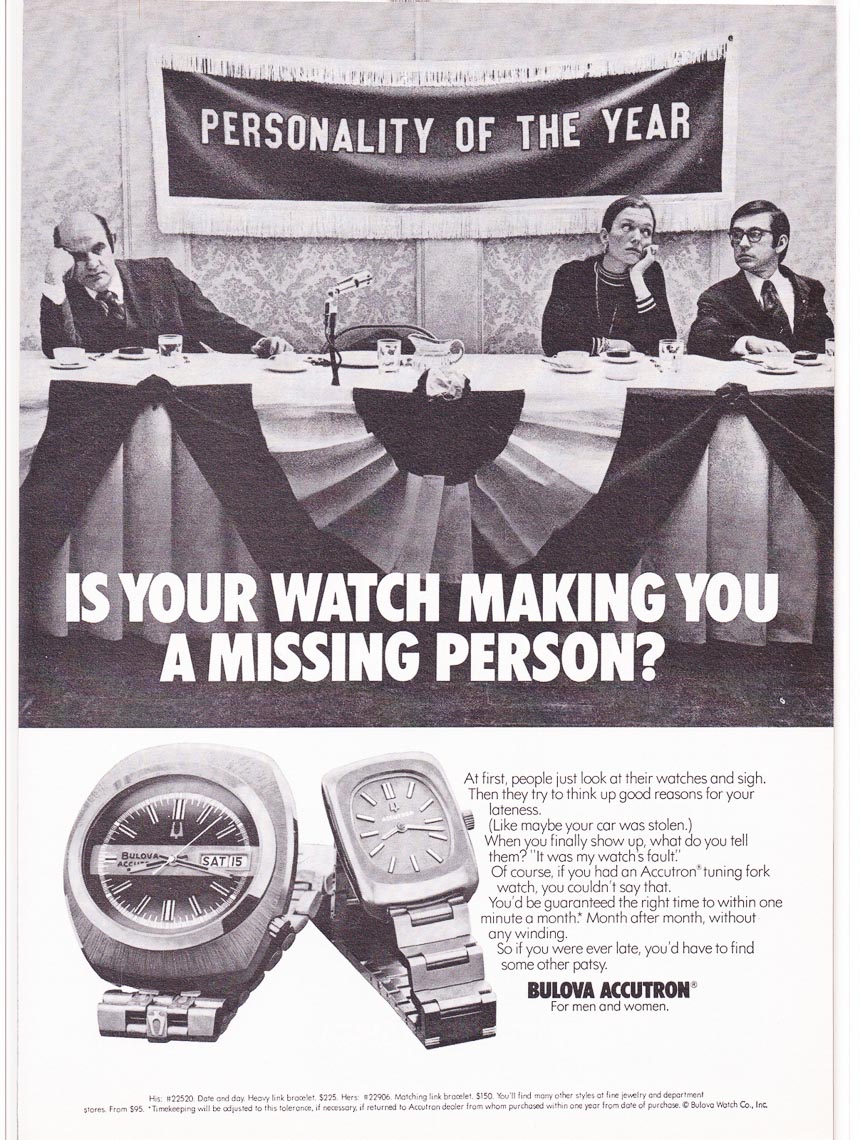 In MAD MEN, some of the issues regarding the marketing of the Bulova Accutron, as well as all luxury watches for that matter come up. The pitch goes beyond the mere utility of the watch and describes how the ideal approach is to make the timepiece a conversation piece. The idea is that smart, interesting, successful people wear Bulova Accutron watches, and that people are going to ask about them. Today as well, the utility of timepieces has waned in favor of their status or decorative values. That isn’t to say timepieces aren’t functional, but rather that people often require a secondary reason to wear those which come with higher prices.

For years, the brand logo of Bulova was the tuning fork, even long after they stopped making turning fork movements. In fact, the tuning fork logo was only really removed from most Bulova watches in 2013/2014. In 2010, Bulova released a limited edition of 1000 Accutron Spaceview 214 watches in honor of the 50th anniversary of the originals,  priced at around $5,000. The reason for the high cost was that Bulova no longer had the skills to produce the turning fork movements and had to carefully reverse engineer some of the original caliber 214 Bulova Accutron movements. 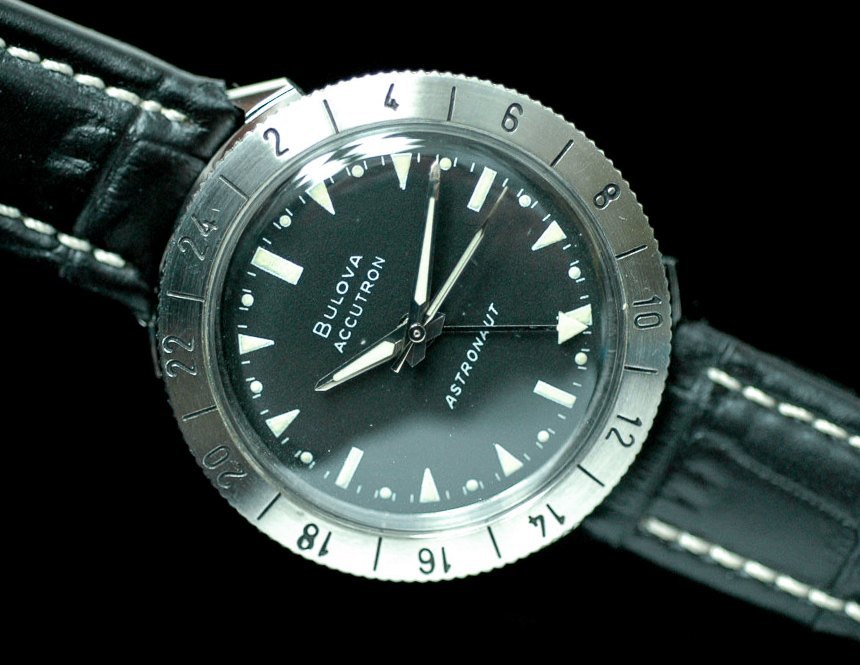 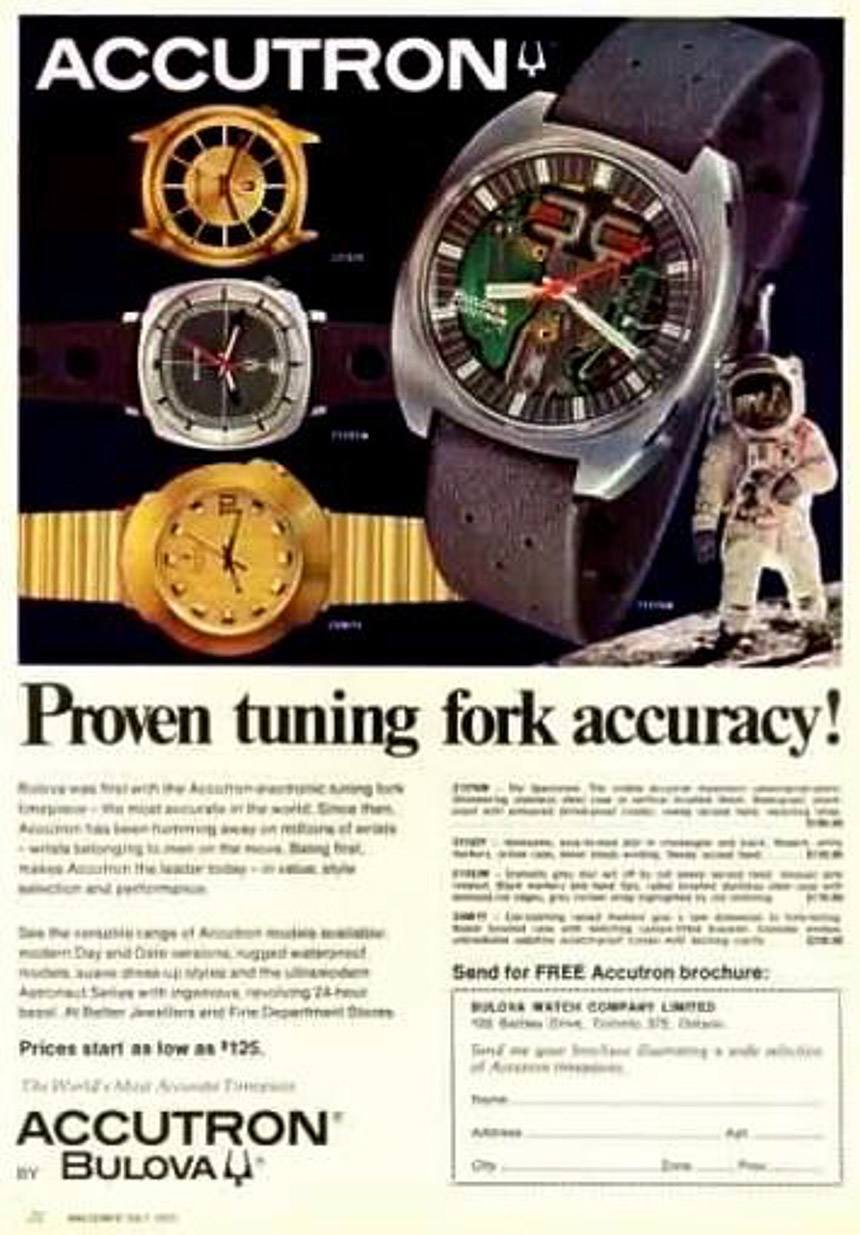 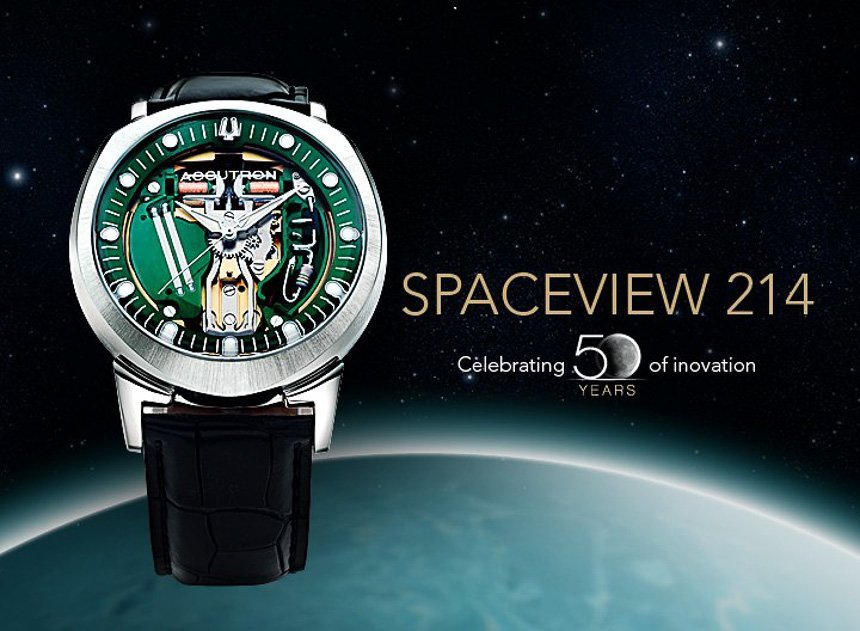 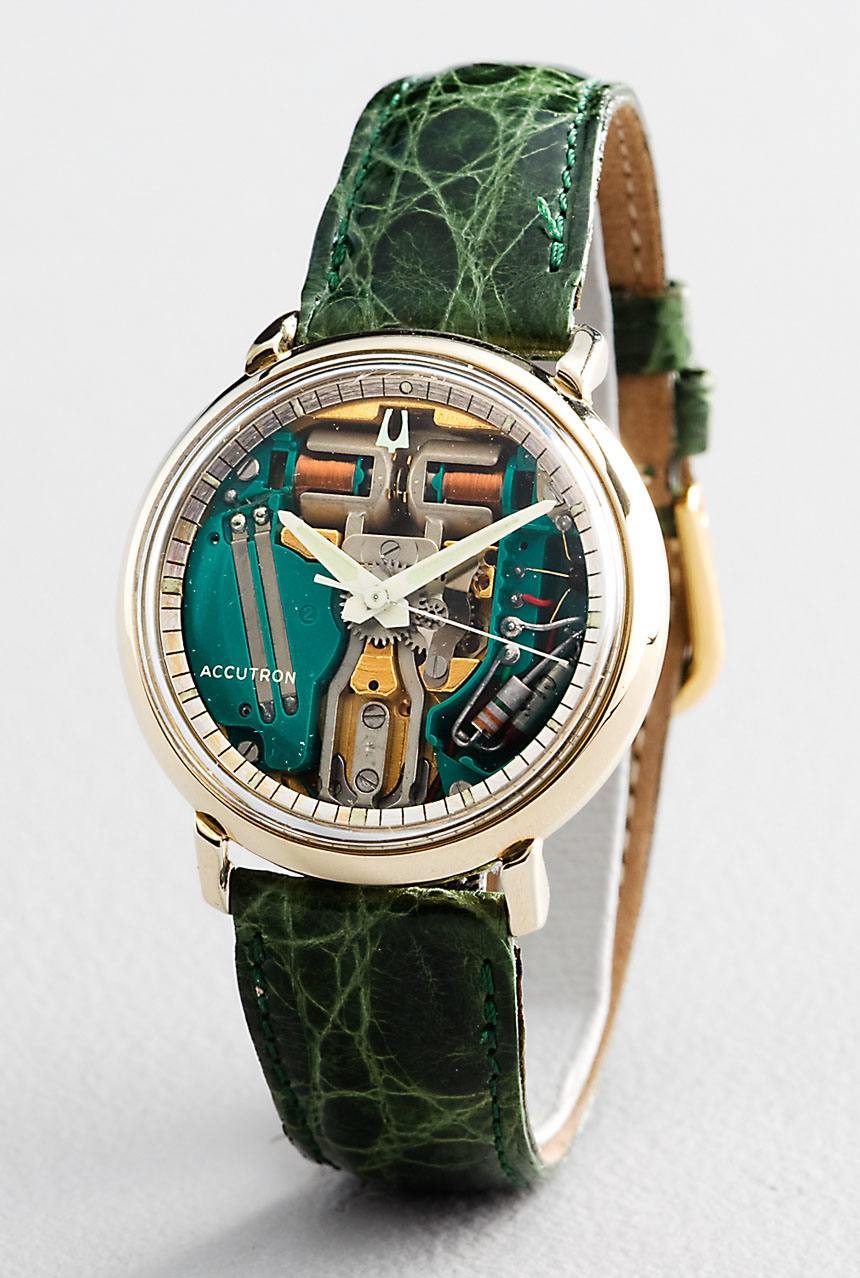 It appears as though the Bulova Accutron watch may have more of a role in MAD MEN season 7 than the several mentions in episode 1. That is very likely as MAD MEN creator Matthew Weiner is a watch lover. I interviewed Matthew Weiner back in 2012 here when Jaeger-LeCoultre released a limited edition Reverso for MAD MEN  with the logo of Sterling Cooper Draper Pryce (SCDP) on the caseback. We look forward to seeing how the television universe of MAD MEN treats the iconic Accutron watch brand, its products, and timepieces overall. I am certainly looking forward to seeing how it plays out.