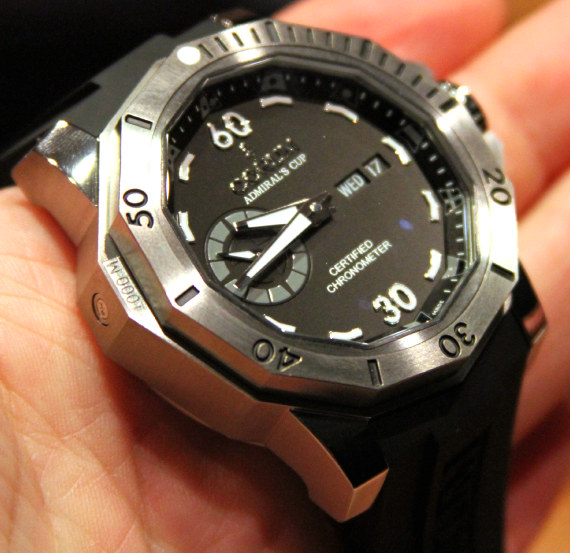 It is big and it goes down pretty deep. It is also the first real diver’s watch from Corum that I can think of (aside from a few dive style Corum Bubble watches). This is the new for 2010 Admiral’s Cup Deep Hull 48 watch from Corum, and it is rather interesting, though I have some thoughts on it overall. The Admiral’s Cup line has been very good to the brand, and over the last few years Corum has been refining it a lot. More models, lots of variety, and a furtherance of making them look more manly as opposed to colorful (which was the classic look with all the colored flags). Today’s Admiral’s Cup watches share very little in common with the originals. Here, the flags are barely still there in monochromatic glory. The real standout features of an Admiral’s Cup watch is its 12 sided case and bezel. 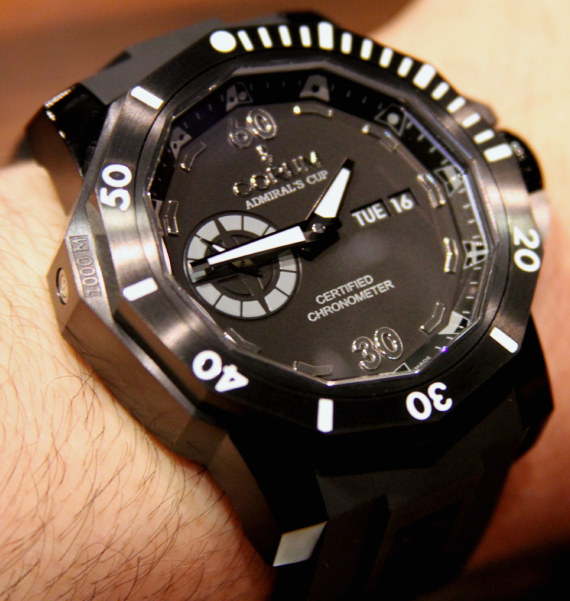 The Deep Hull 48 is in a 48mm wide titanium case, and is actually weighty for titanium. It is after all, a large watch. The case comes in either brushed titanium or in PVD black coated titanium. Both are limited editions, and I think there is a reason for that. In fact, Corum releases very few Admiral’s Cup watches that aren’t limited editions. I think it is because many of them are highly niche targeted or experiments. I would suggest that the Deep Hull is an experiment. Corum is testing the design, and I think they want to make a serious case for a Corum dive watch.

Functionally the Deep Hull is a very serious diver. 1000 meters of water resistance. Automatic helium escape valve. Lots of lume, rotating diver’s bezel, rubber strap… and of course… cool name. Design wise I like the case, but I feel as though it is missing something. As though after I look it over I am left wondering, “is that it?” As though I want it to have just one more trick up its sleeve. 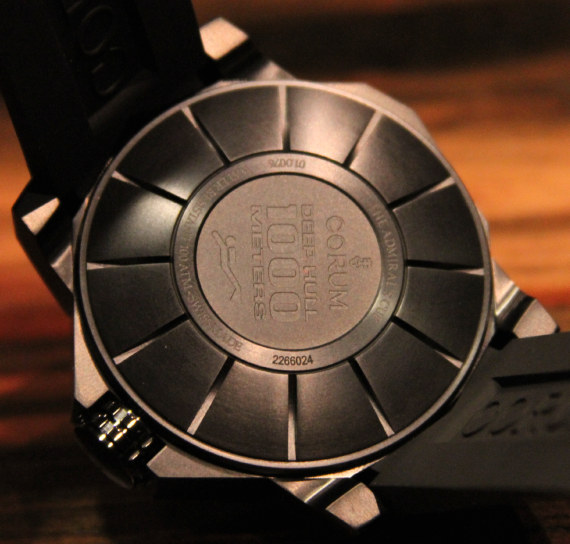 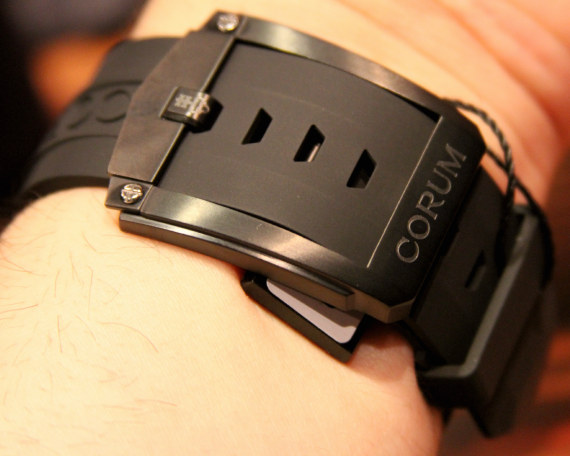 Maybe my problem is with the dial. It just feels too much like other subsidiary second day/date Corum Admiral’s Cup watches. Just with a bit more lume. Could Corum has done a bit more? Perhaps. Maybe something more original and dive watch in style. Look at the Chanel J12 Marine, that watch feels oceany and marine in theme. This just feels like “big Tony’s big Corum watch with sharp angles.” I want to like the Deep Hull more than I do, I love the concept, I love dive watches, but I think Corum needs to spend more time on the dial. Inside the watch is a Swiss automatic COSC Chronometer certified movement, with a subsidiary seconds hand, and a day/date complication. I have a feeling that the movement started it’s like as a modified Valjoux 7750. Corum calls the movement their calibre CO947 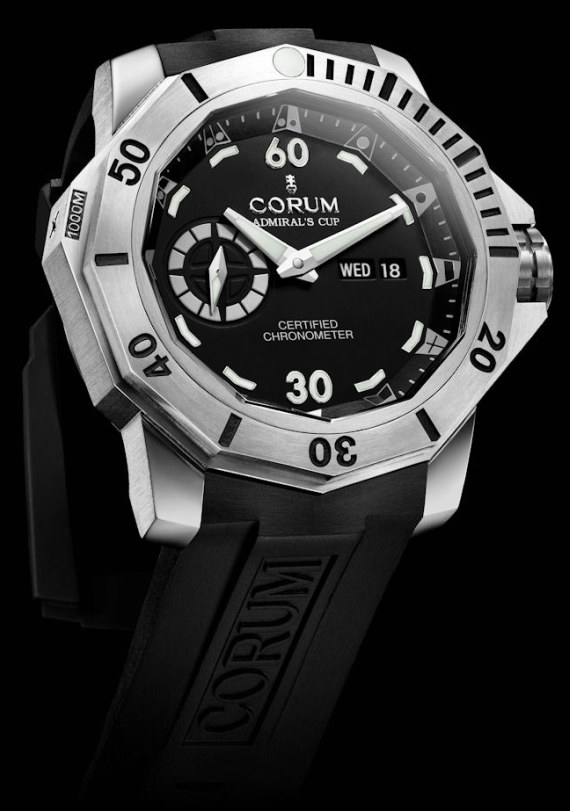 Again, the case, caseback, crown, strap, buckle, and other external features of the watch are great. Even the super thick 12-sided sapphire crystal over the dial is cool. Then again, the dial itself isn’t bad or anything, I just feel a desire for a bit more, and I know that Corum can give it to me. The Deep Hull 48 isn’t a bad watch, or a bad buy, but I feel that given Corum’s new found effort on design and polish, they can do a bit better. Any I have no doubt that they will. With just 500 pieces in titanium, and 255 pieces in black titanium, this limited edition set will set the stage for better and more beautiful Corum dive watches to come in the near future.