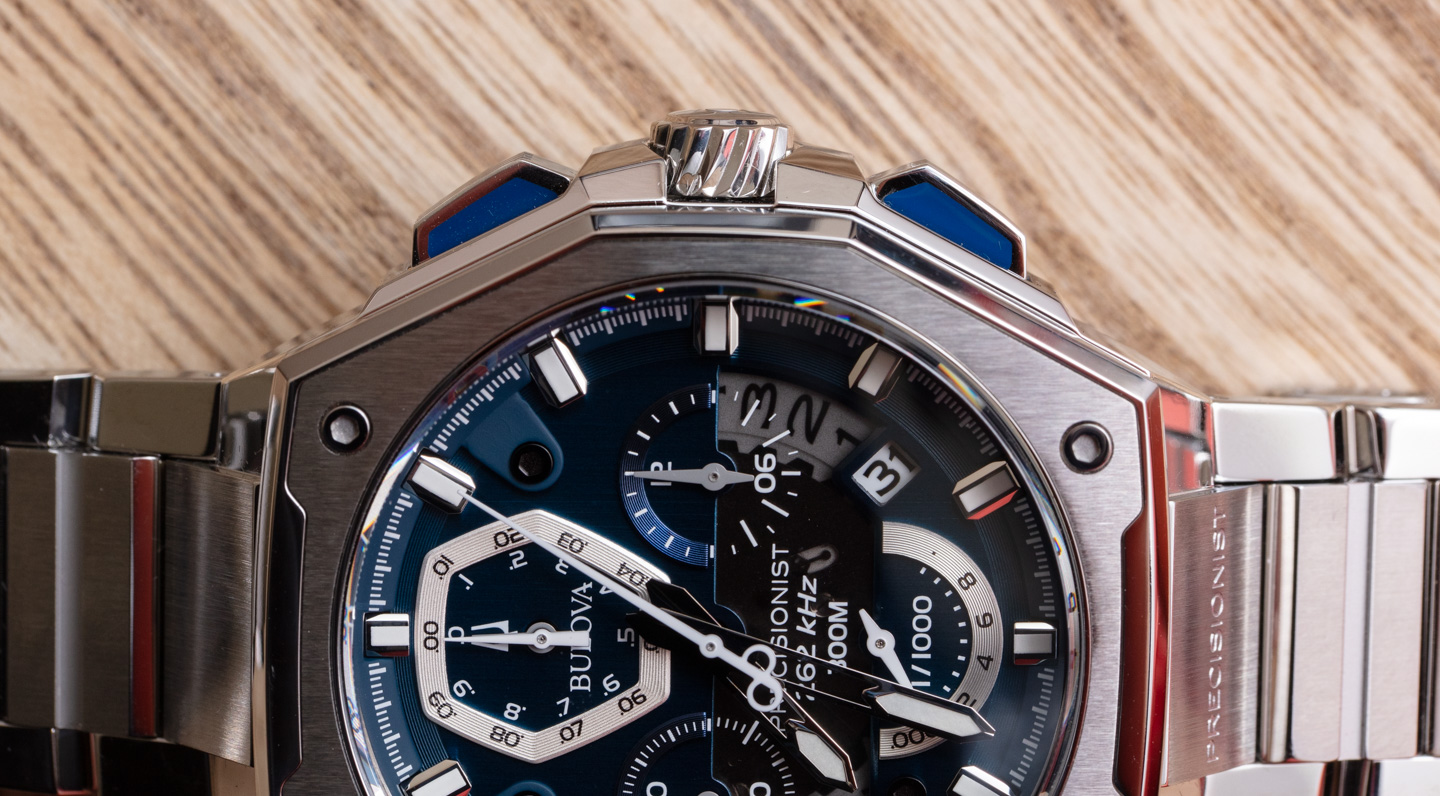 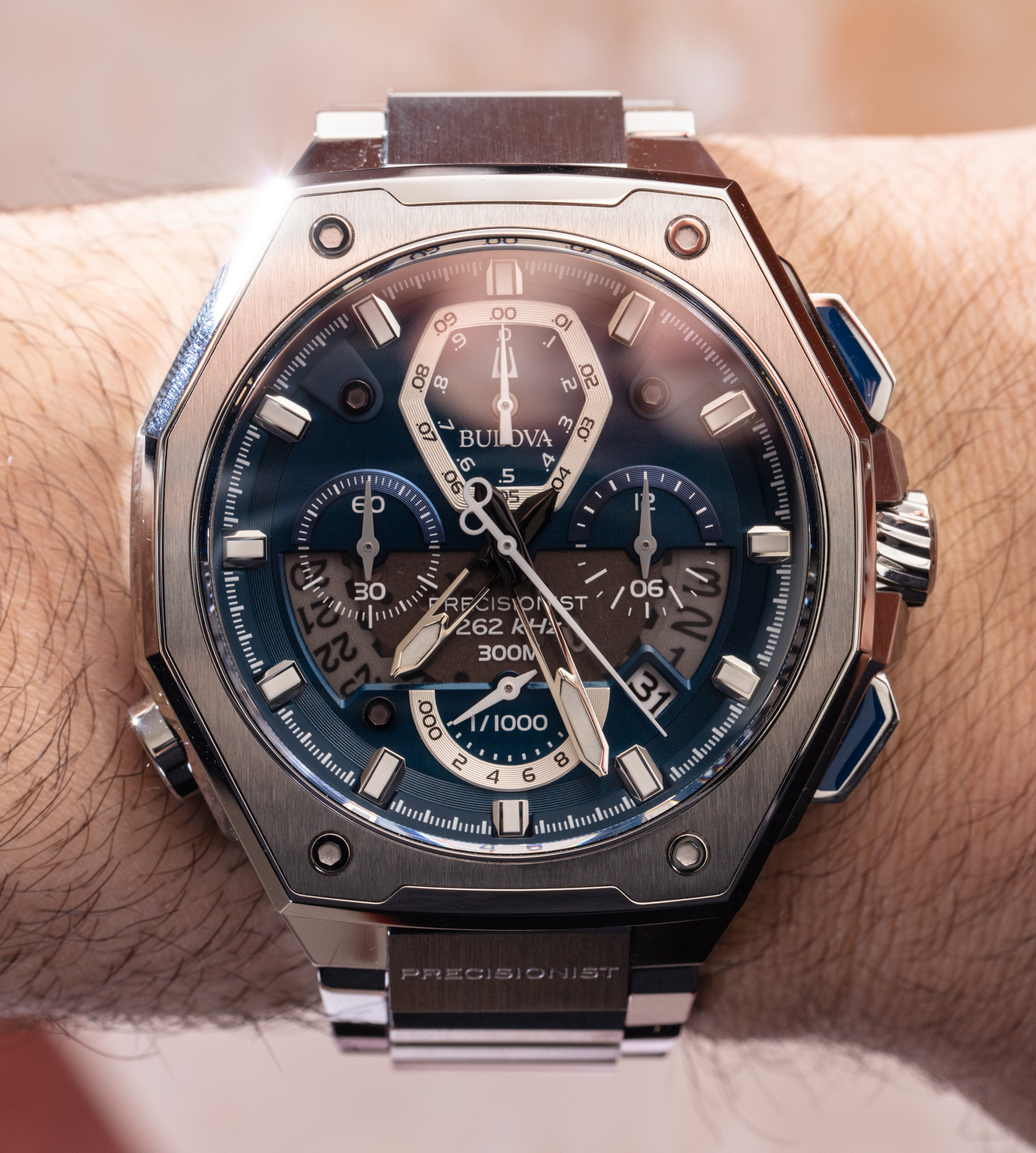 I was there when Bulova first debuted the Precisionist collection over a decade ago, and I recall thinking to myself, “Why aren’t more people excited about this?” The revolutionary movement technology offered a number of very desirable features at a price, that at the time, was very affordable. (More on the movement below.) Now, in 2021, the exterior of the Precisionist collection is still modern but arguably more refined and wearable — but still purposefully avant-garde. I later came to understand that not enough of my colleagues in the watch media space really took the time to understand the Precisionist, and merely judged the watches at face value. If you are a watch hobbyist, this approach is a mistake. 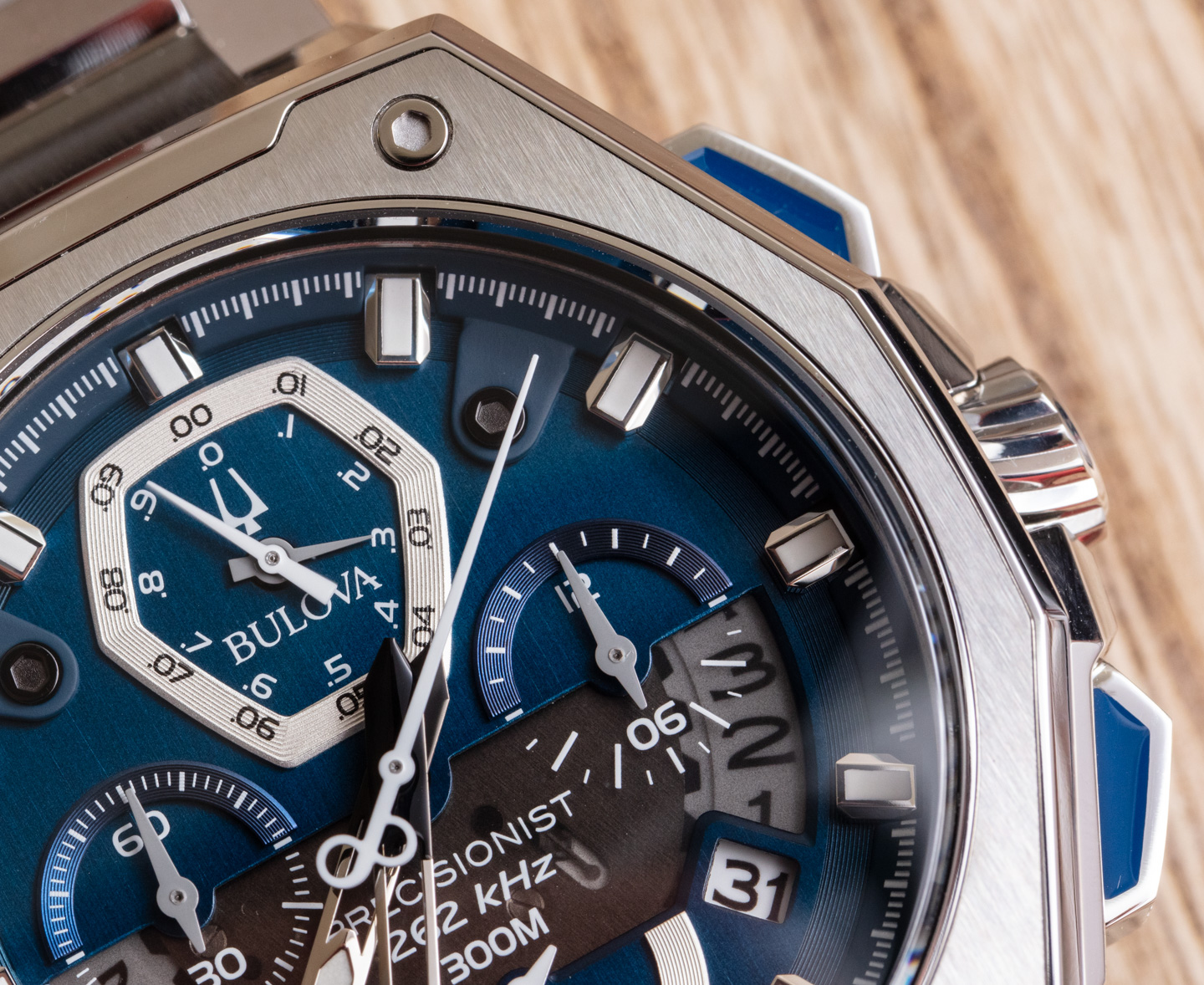 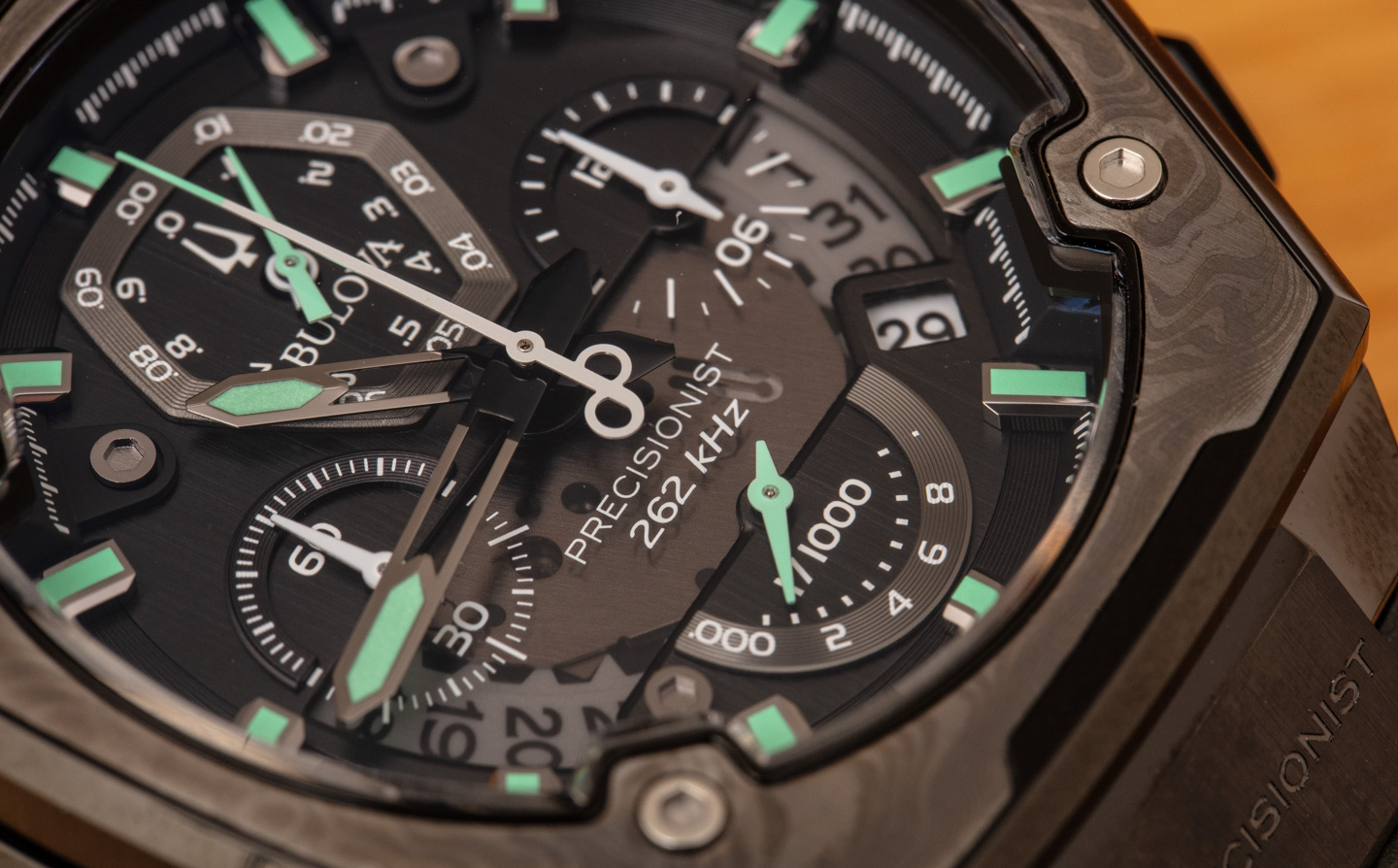 Bulova certainly is approaching the Precisionist X family as a “love it or leave it” proposition, and these watches aren’t for everyone. Core to this issue is the sheer size of the Precisionist movement (here, the caliber NN50), which is, admittedly, pretty large. It needs to use a larger battery than most quartz watches — a lithium-ion battery about the size of many watch movements itself. Bulova designers have thus had to contend with the large dimensions of the movement when building a case around it. Since then, a lot of other companies have faced similar challenges, such as when manufacturers try to build an elegant watch case around large smartwatch module hardware.

That means pretty much all Bulova Precisionist watches are chunky little guys, and this Precisionist X Sport watch is no exception, but it does wear more comfortably than some previous Precisionist watches, once the bracelet (or strap on the 98B357 and 98B357 models) is snug on your wrist. I haven’t measured the actual weight, but given all the steel used for the case and bracelet, this one of the heaviest watches I’ve put on my wrist in a while. Some people actually love that (but not everyone). Like I said, the weight isn’t an issue provided the watch is secure on your wrist. It does become an issue if heavy watches don’t fit properly. 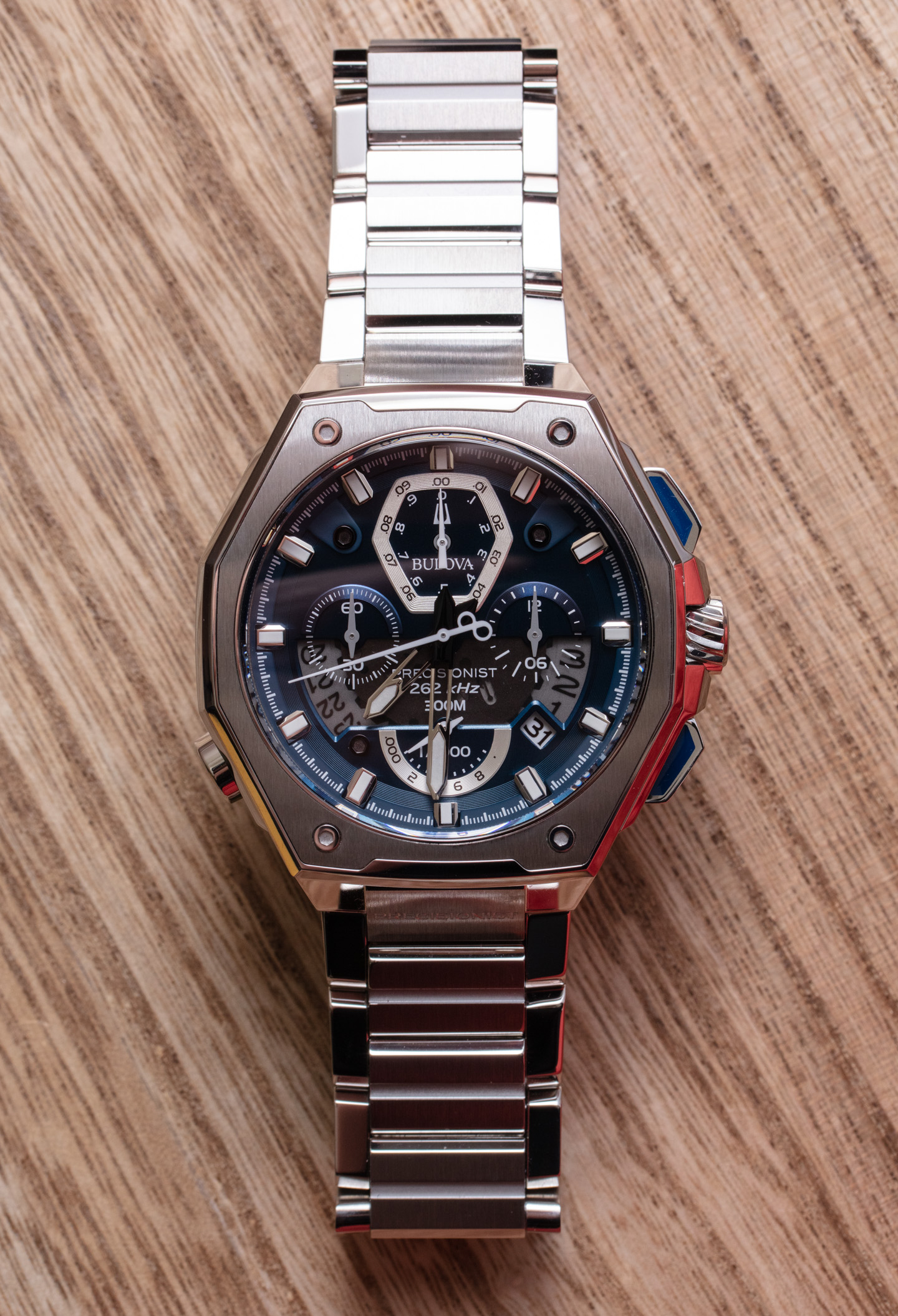 The Bulova Precisionist X Sport watch is rated at 44.5mm-wide, but without the crown and including the case flanks, it wears closer to 48mm-wide. The case is 17.35mm-thick, and it has a lug-to-lug distance of about 52mm. New for the Precisionist X family is 300 meters of water resistance for the watches, up from 50 meters from the previous Precisionist models.

The overall design of the Precisionist X Sport uses a hexagonal-style case shape with a series of interesting modern design elements and a complicated case construction. The architectural style and excellent case finishing are of high quality, and the overall composition is just as interesting as it is polarizing. On the blue face, we see the upper subdial that mimics the shape of the case along with a semi-skeletonized strip and a lot of interesting design elements. Bulova’s aim was to keep protect legibility, so, despite everything that is going on with the face, the hands and applied hour markers stand out rather well. Over the dial is a thick, AR-coated sapphire crystal. 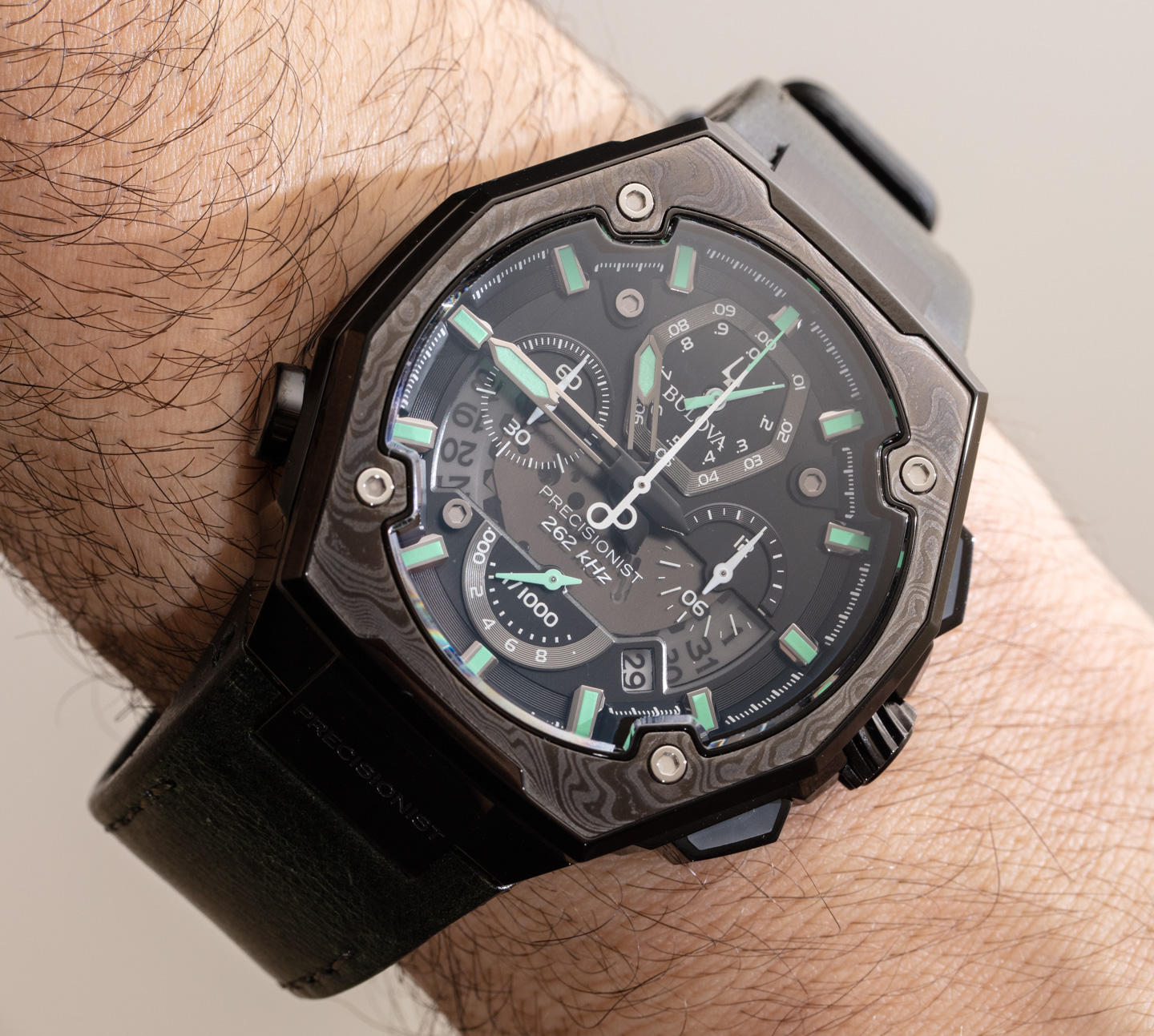 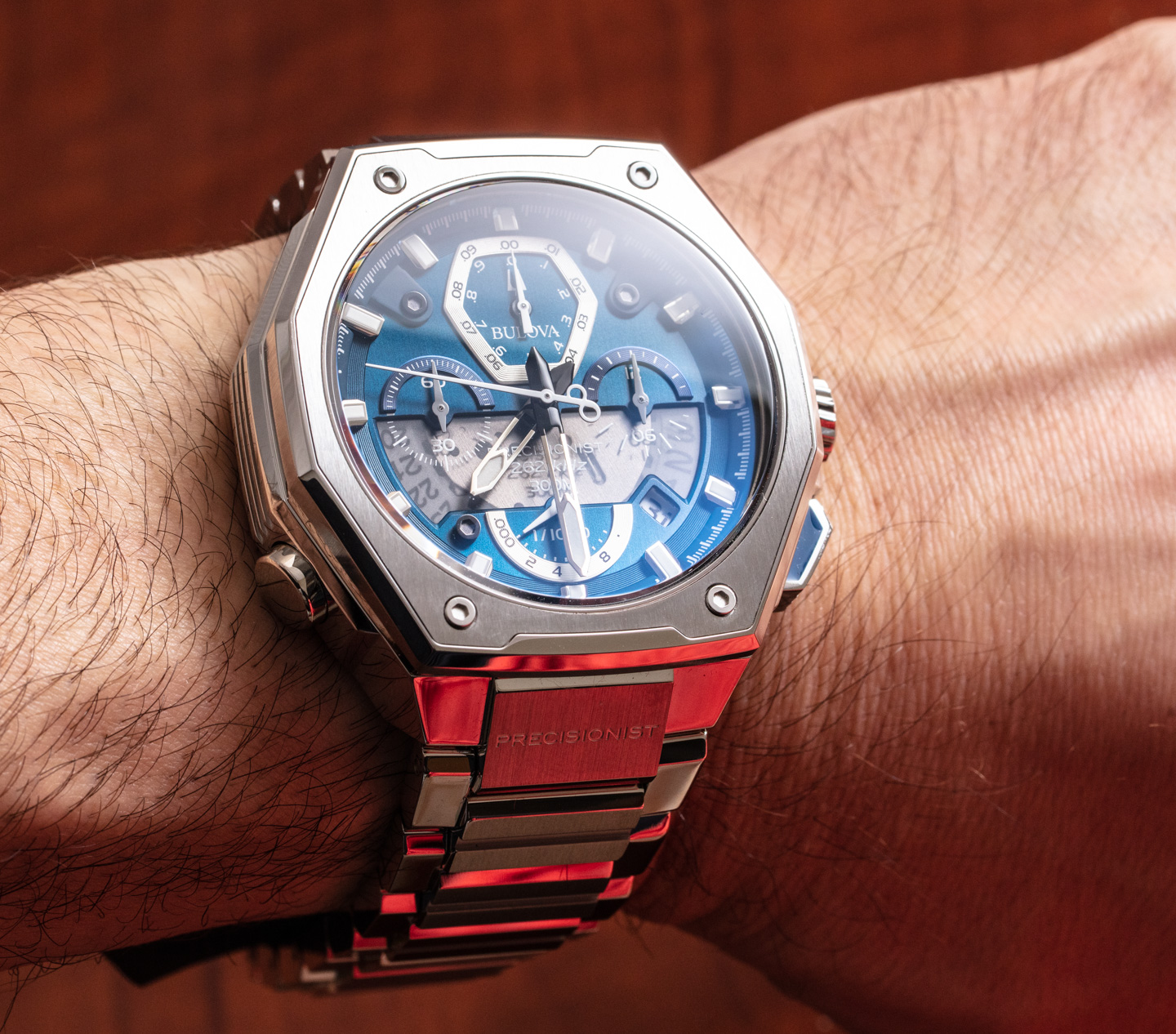 Now, let me speak about the Precisionist movement for a bit. I’ve discussed this mechanism at length in the past and will now briefly go over its features. At its core, this is a high-performance quartz movement that operates at 262 kHz, which is much faster than the roughly 32 kHz of most other quartz watches. That translates into annual accuracy of about 10 seconds, as opposed to standard quartz watches that are accurate to about 10-15 seconds per month. This requires more power, hence the larger battery size that enables the watch to still have about two years of battery life.

Then comes the sweeping (versus ticking) seconds hand. The motors in the watch are much more sophisticated than in most quartz movements, and the central seconds hand glides, as opposed to ticks. The motion of the seconds hand is visually similar to that of a Seiko Spring Drive, which is smoother than the sweeping hand of a mechanical watch. 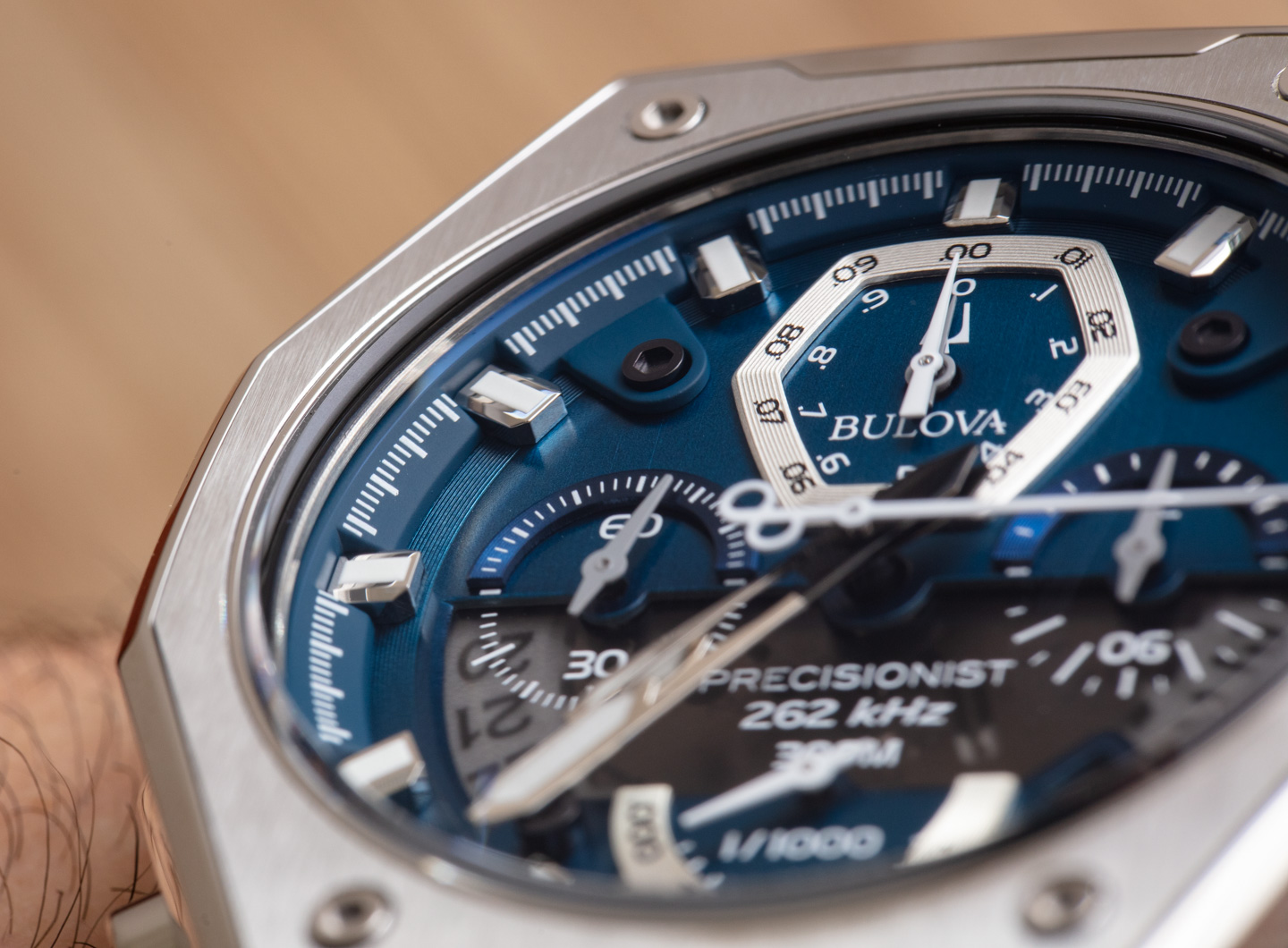 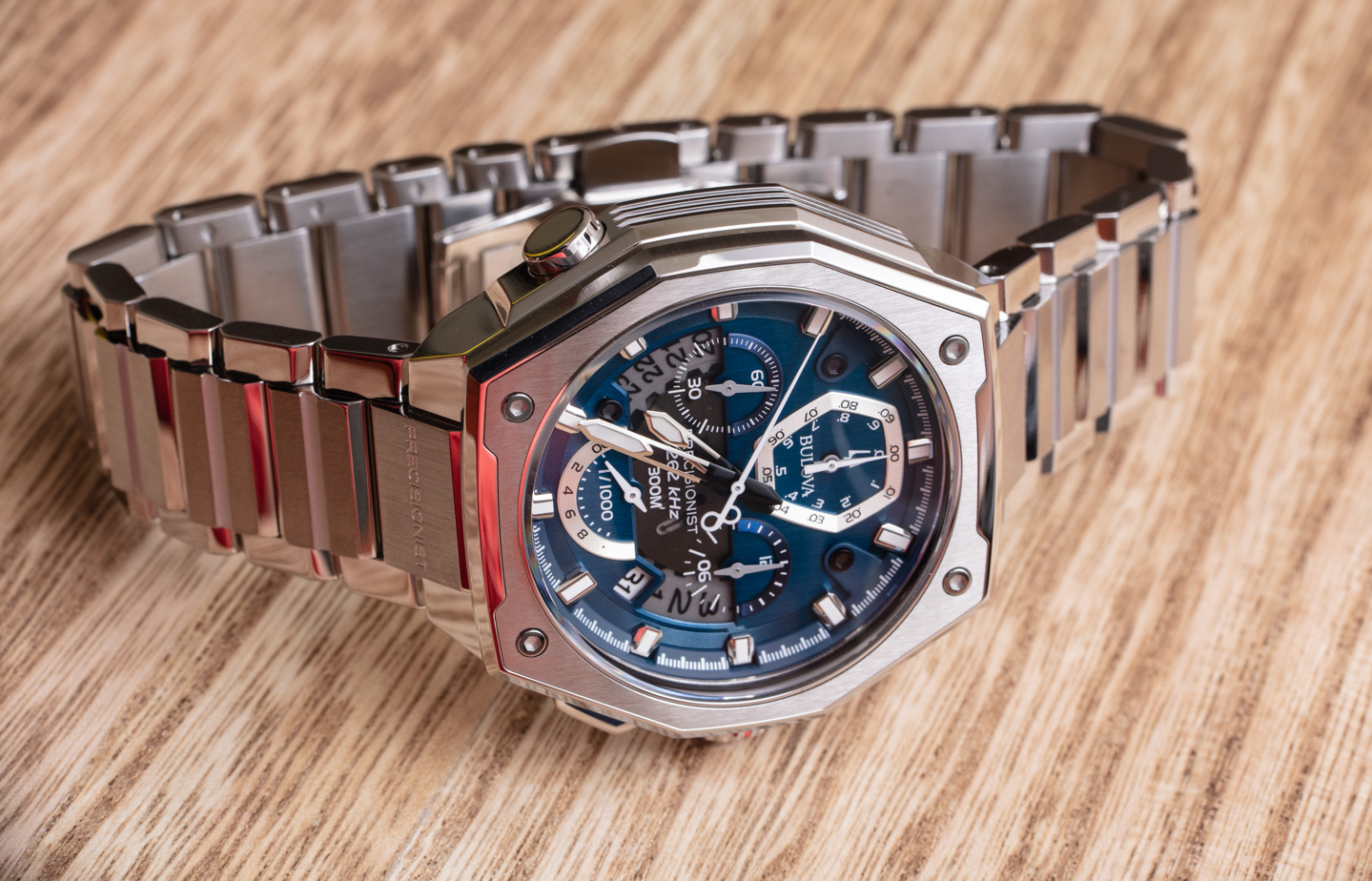 Finally, there is the 1/1000 of a second chronograph. Presented via analog dial only, the 12-hour chronograph is able to measure down to very minute fraction of a second. The overall Precisionist X Sport dial has a whopping eight hands on the dial, as well as the date indicator disc. Once the chronograph is started, the hands in the uppermost subdial begin to spin more rapidly than the human eye can easily follow. I’m not saying that most people need a 1/1000th of a second analog chronograph, but playing with it on a watch like the Precisionist is nothing short of entertaining.

Bulova has watches in its collection that are decidedly mainstream, which is why, at times, watch hobbyists get perplexed when the company comes out with novel designs like the original Precisionist, and now the Precisionist X Sport. It will take a few years before their appeal sinks in, especially in an era when conservative watch design rules. Bulova is doing itself a favor by continuing to add to the already-robust brand history of unique designs — and if you can stand the bulk, the Precisionist X Sport is actually a pretty darn cool timepiece. Price for the Bulova Precisionist X Sport 96B349 is $995 USD and the Precisionist X 95B355 limited edition is $1,295 USD. Learn more or order at the Bulova website here.