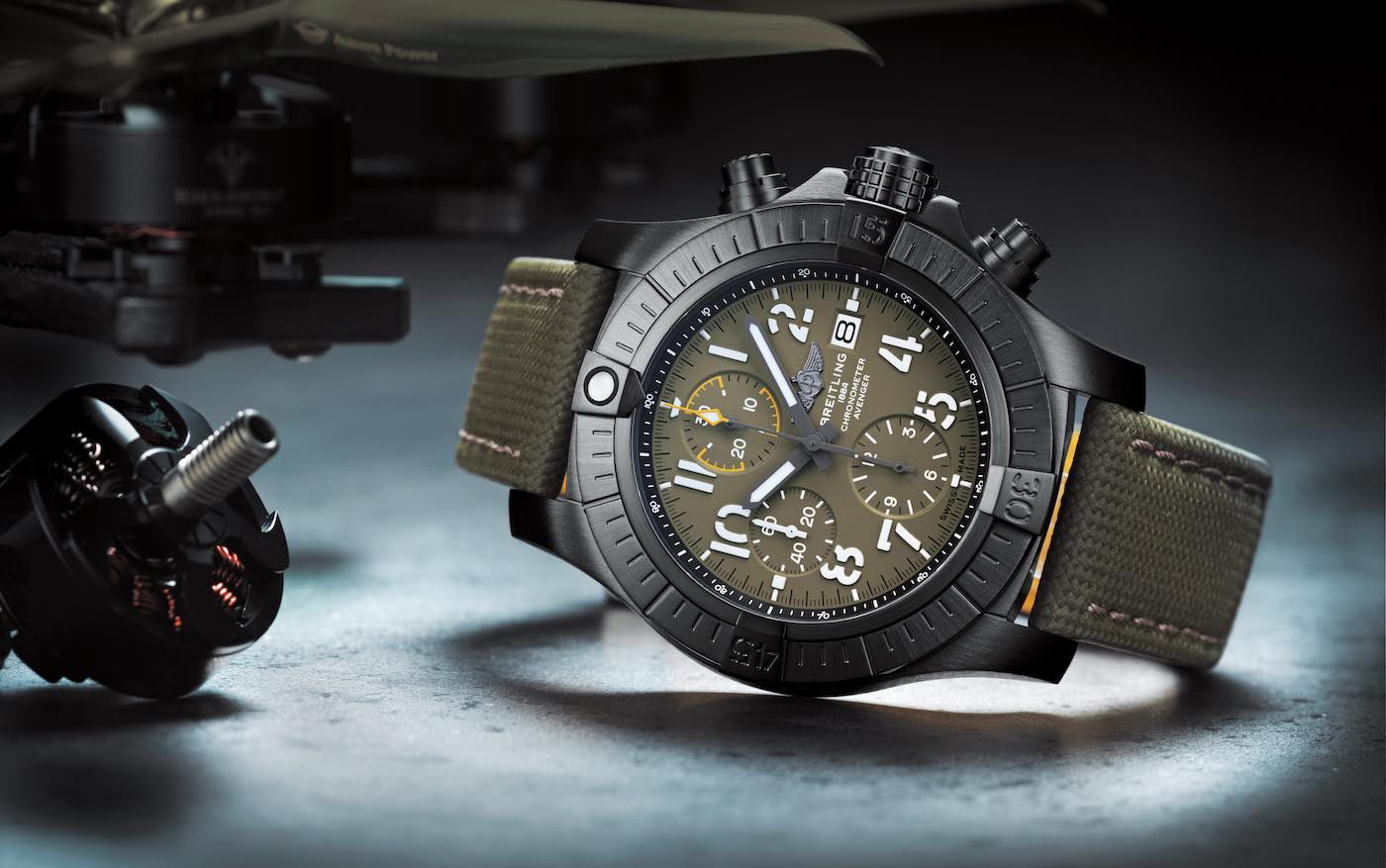 The Breitling Summit held in Los Angeles proved a busy landing strip for a whole squadron of Breitling Avenger releases. Fourteen new references took flight, along with the previously discussed Breitling Aviator 8 Mosquito Chronograph. These new models continue the restructuring of Breitling’s offering under the leadership of Georges Kern, joining the Aviator 8 and Classic Navitimer as part of the “air universe.” The new Avenger lineup merges the old Avenger style with that of the Breitling Colt, further streamlining the catalog. A raft of colors and an uncommonly wide range of sizes should satisfy fans of Breitling during the Schneider era, as well as those enjoying the current “heritage revisited” phase the brand is going through. 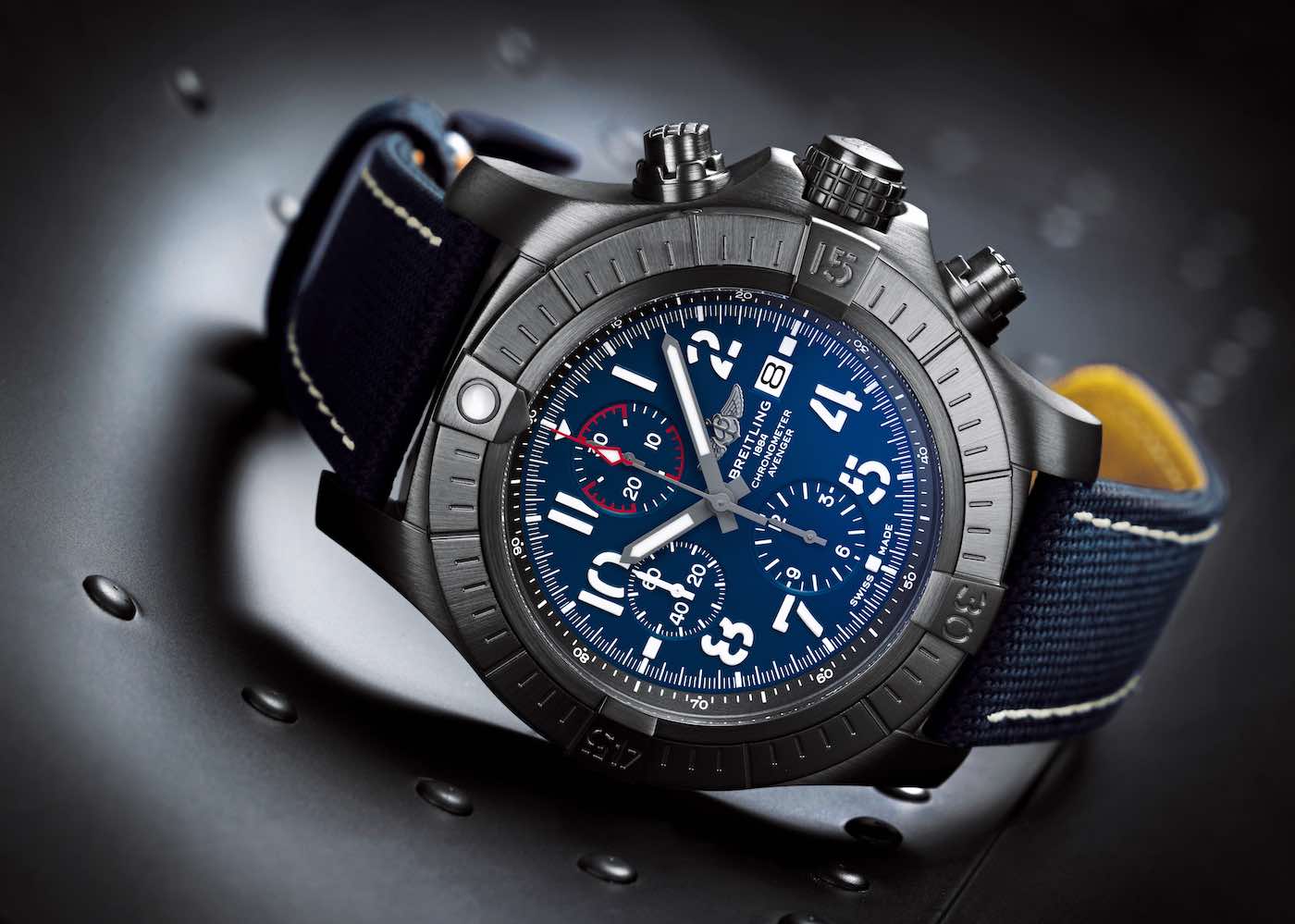 Breitling is really working the versatility angle of this collection, designed to be at home on the wrists of all kinds of aviators, with a real-life astronaut, supersonic jet pilot, and drone pilot on board to market these models to different demographics. 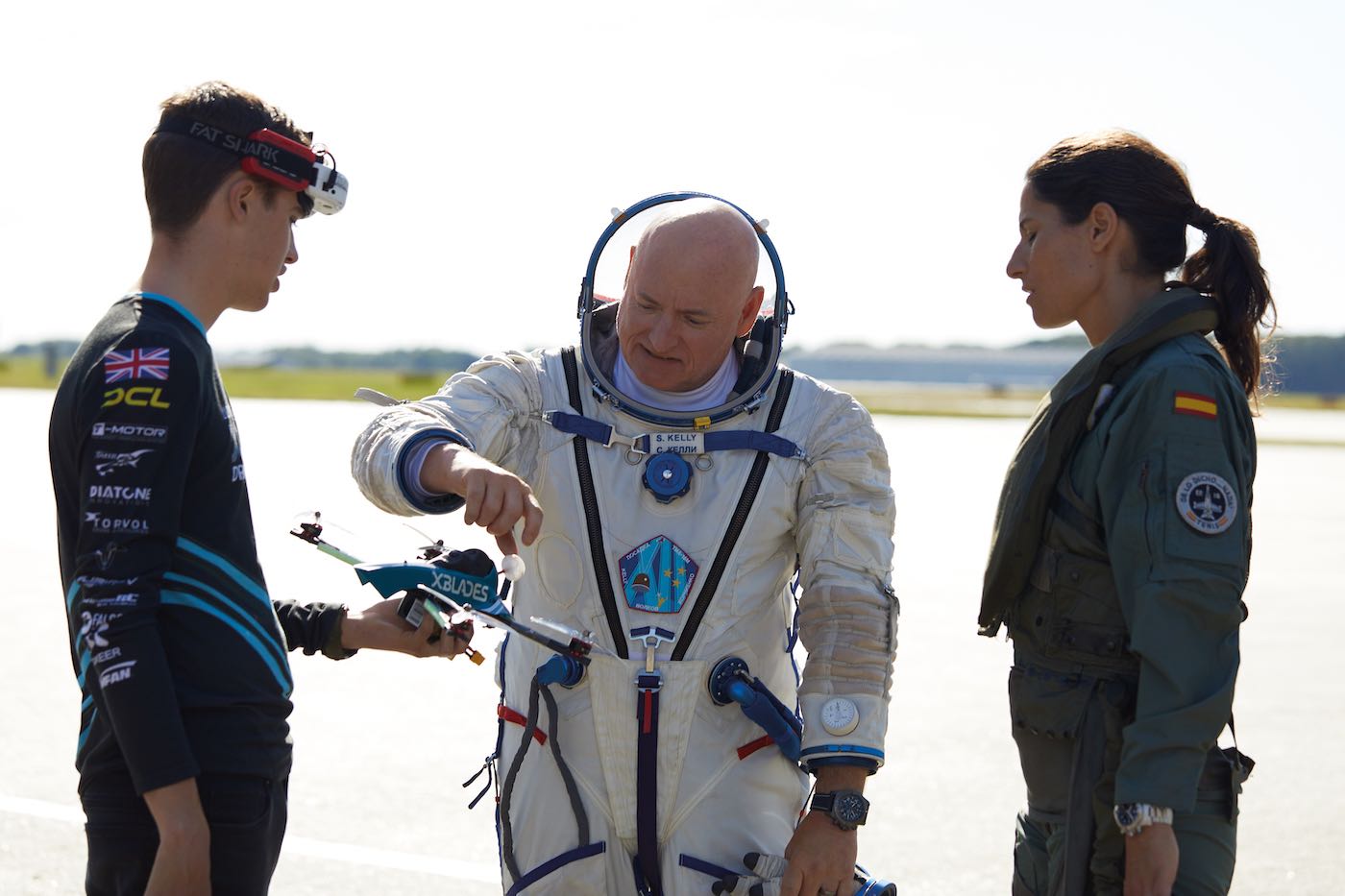 And as far as demographic diversity goes, Breitling has done a pretty good job. The “real-life astronaut” in question is none other than Scott Kelly, who has spent an amazing 520 days in Space. I’m not sure whether his resemblance to Georges Kern was deliberate or a happy accident, but it amused me nonetheless as I had to check and double-check  the press release to ensure that they hadn’t just handed the boss a spacesuit and told him to do his best impression. 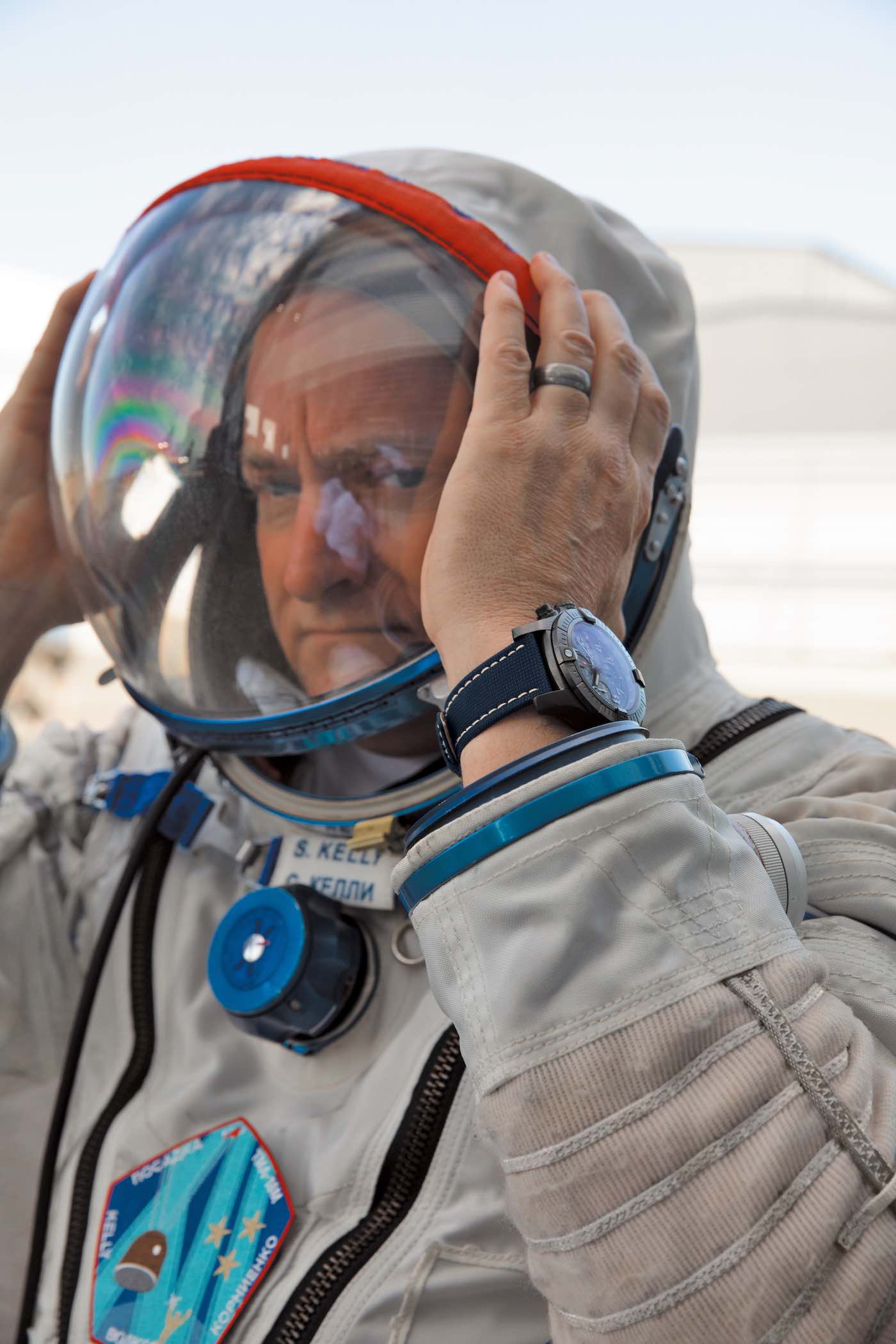 Breitling does actually have some previous experience in space exploration; in 1962, the Cosmonaut became the first Swiss chronograph in Space when it exited the atmosphere on the wrist of American astronaut Scott Carpenter. 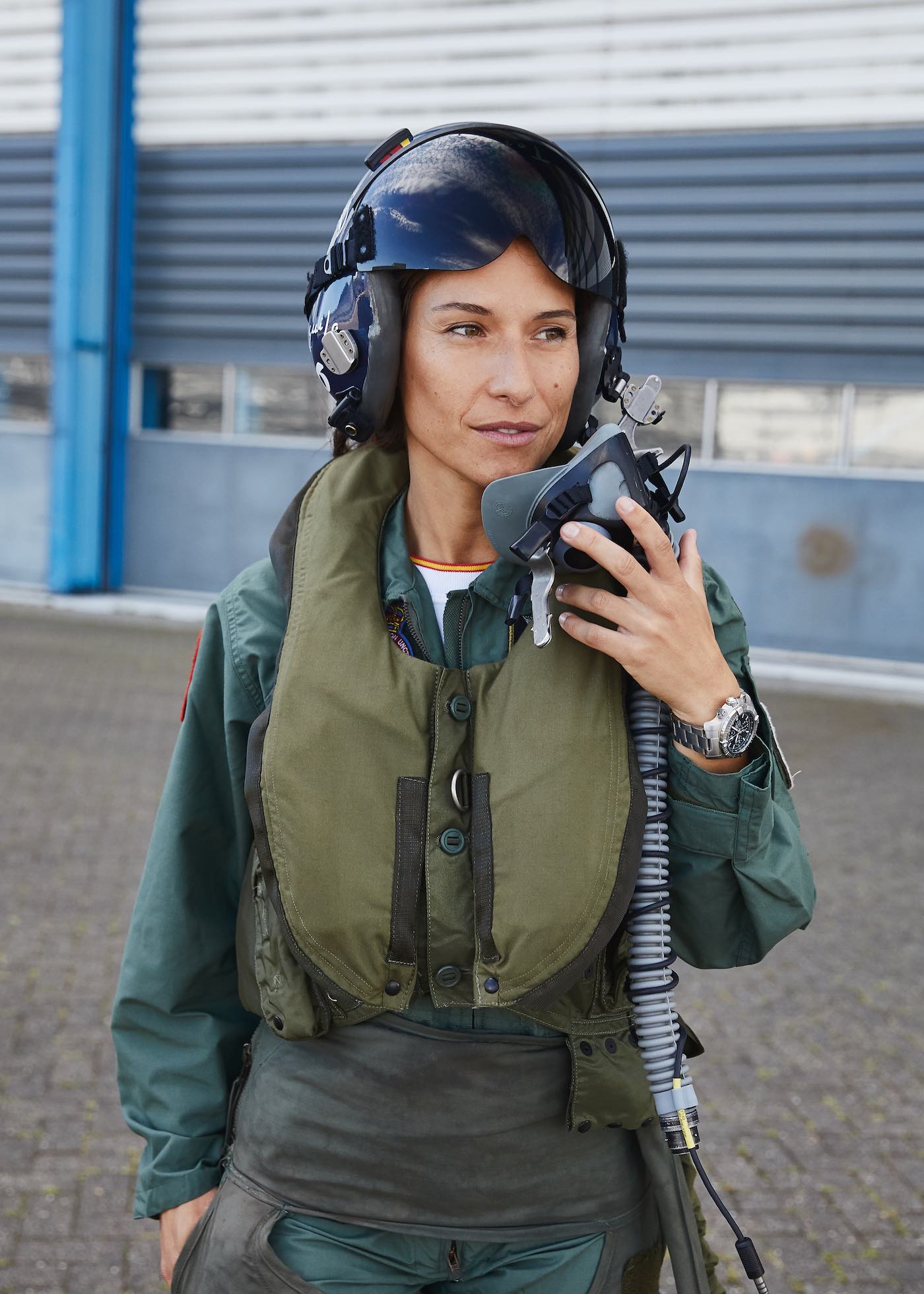 The next real-world ambassador for this launch is Commandant Rocío González Torres, a Spanish jet pilot and the first woman to log 1,000 hours at the controls of an F-18 (wow). While Torres is less likely to be mistaken for the mastermind behind Breitling’s ongoing rebrand, she is far more likely to catch the attention of female fans for the strong and generally badass image she projects. For me, her recruitment is the highlight of this marketing drive, as it feels far more on-brand to have a genuine pilot promoting serious aviation instruments than a raft of Hollywood actors. 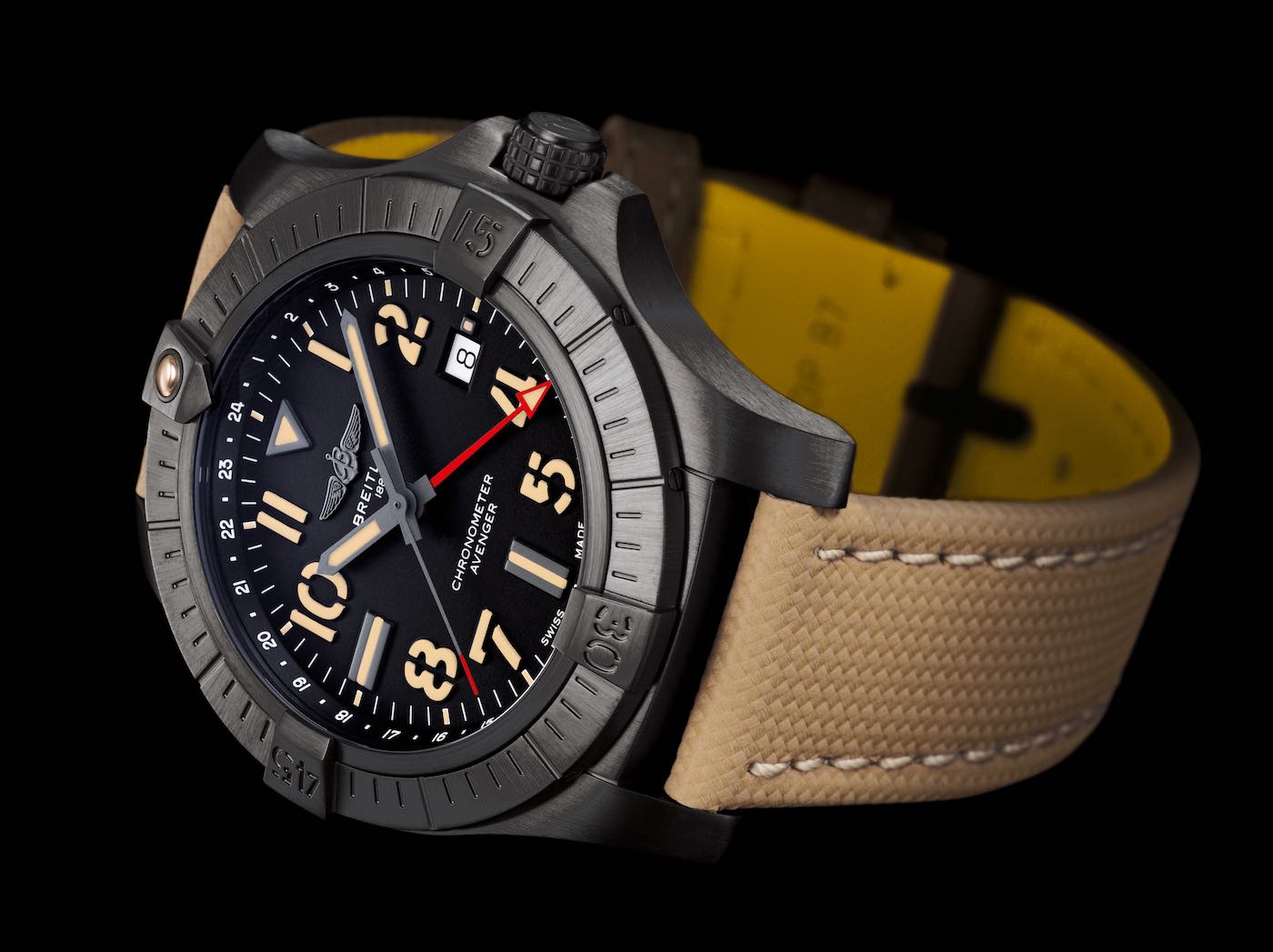 And the high-flying triumvirate is completed by Luke Bannister, a teenage drone pilot. Bannister and a member of Xblades Racing, is something of a whiz kid when it comes to drone handling and represents the next generation of aviators and watch-edlovers, as he proudly wears the 45mm Avenger Chronograph 45 Night Mission in the press shots. One of the standout pieces in this collection, the olive green-dialed Night Mission is one of four Night Mission models available in DLC-coated titanium. 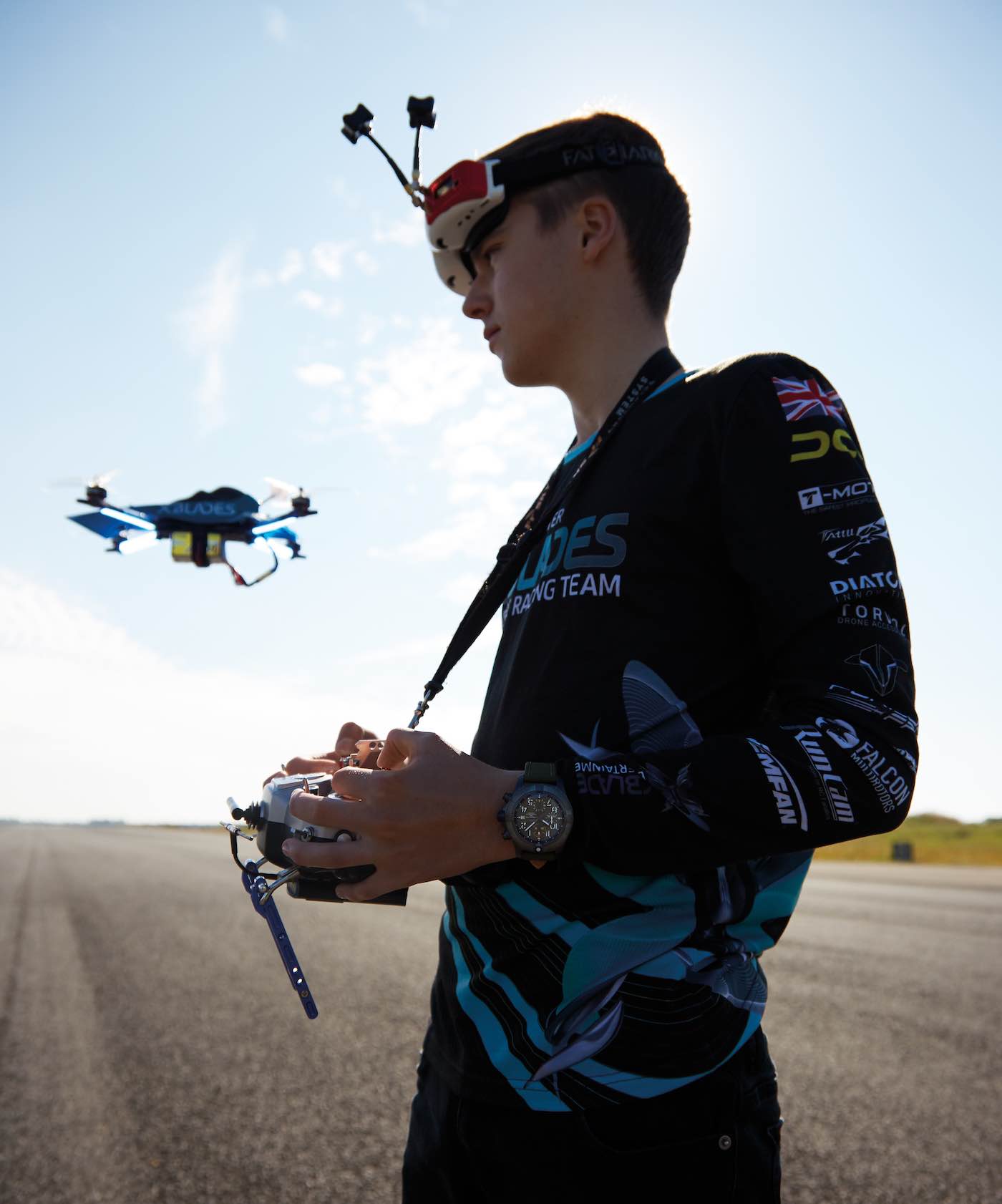 The Avenger collection itself is three years older than Bannister (15), having debuted in 2001. It was due for a refresh, and its assimilation with the Colt model should make the overall collections easier to understand. It’s great to see that the eye-catching yellow dial of the Seawolf has been retained, while the stealthier models inspired by the Hurricane utilize yellow in a different way. 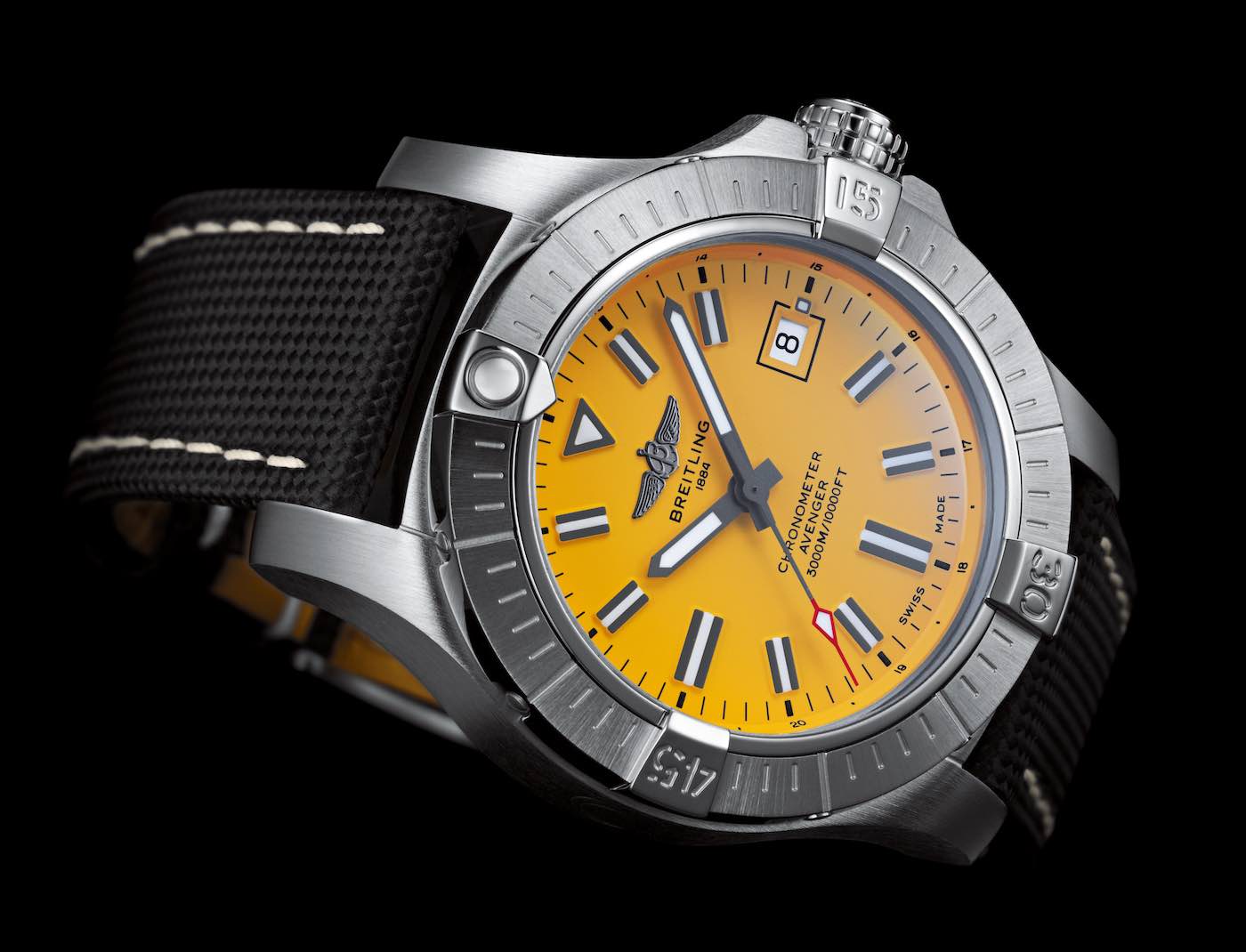 One of the most significant things about these models is the movements inside them. Rather than using Breitling’s in-house creations, the Avenger models are powered by Breitling-branded ETA movements, meaning they are priced far more affordably and offer an easy, on-brand entry point to the collection. This is doubly wise considering how very “Breitling” these pieces are. With diameters topping out at a pretty hefty 48mm, these watches are excellent billboards ready to be strapped to the wrists of a new generation of watch fans. And for those who love the style and message of a Breitling but don’t possess the necessary wrist architecture to pull it off, several of these references are as small as 43mm. While that’s hardly petite, a 43mm-diameter Breitling, thanks to the wide rotating bezel and significant thickness, wears a lot smaller than one would expect. We will update with pricing when it’s available. To find out more about it and Breitling’s rich aviation history, check out breitling.com.