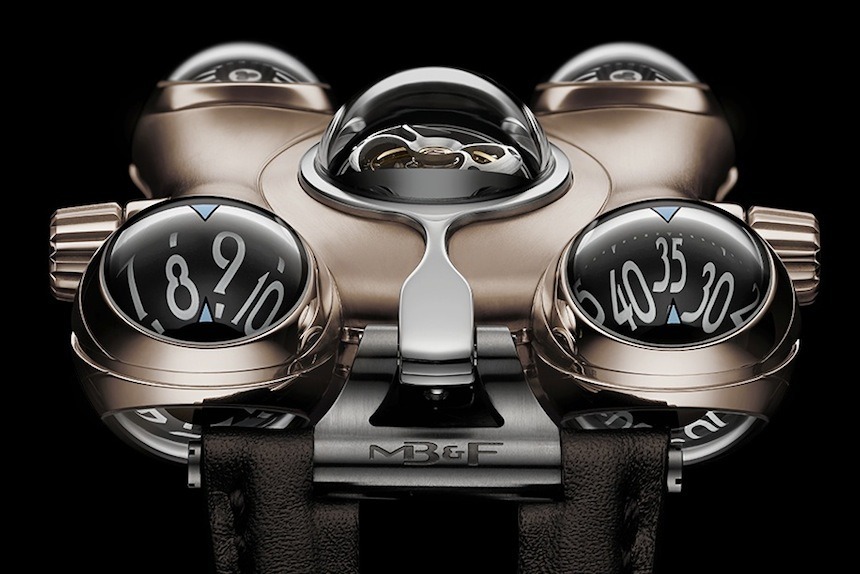 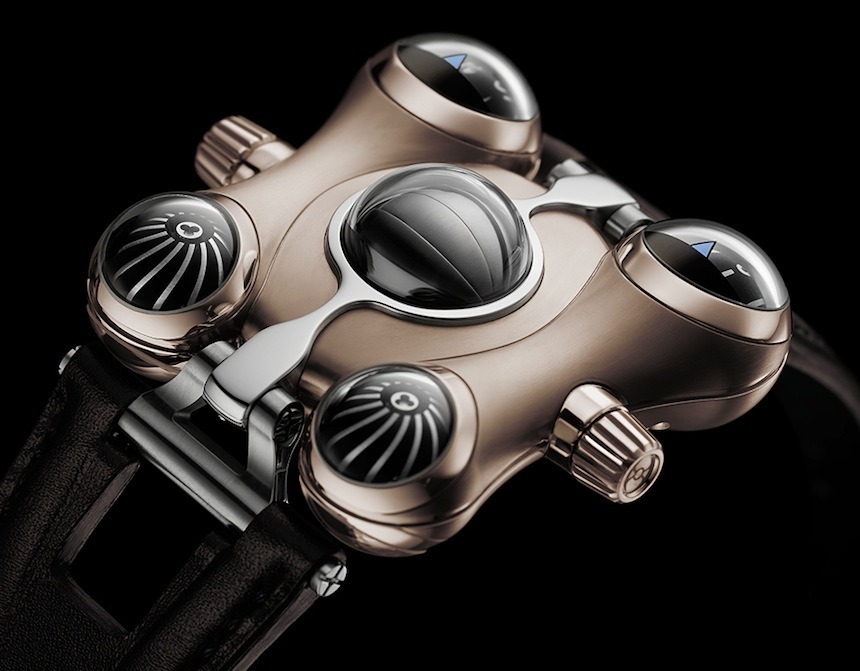 Recently, the Red Dot Design Awards for 2015 were held in Germany – and one of the big winners in the watch category was the MB&F HM6. MB&F was the only mechanical watch to earn a coveted Red Dot: Best of the Best award (the Apple Watch also won, but of course, it is not mechanical). In honor of that award, MB&F is releasing the second version of the HM6 known as the MB&F HM6 RT – which replaces the titanium case of the original MB&F Horological Machine No. 6 with one in 18k red gold. Not just any red gold, but one with palladium in it which stabilizes the copper. They call this alloy 5N+ (5N is the term for 18k red gold).

What does that mean? It is basically the same concept as Rolex’s Everose gold or Omega’s Sedna rose gold. That means that over time, the copper is not as prone to wearing out causing the gold to turn more yellow, versus staying red gold. We have spoken at length about the MB&F HM6 watch when debuting it here. I encourage anyone to visit the previous article to learn about the very interesting MB&F HM6 watch and what makes it unique. 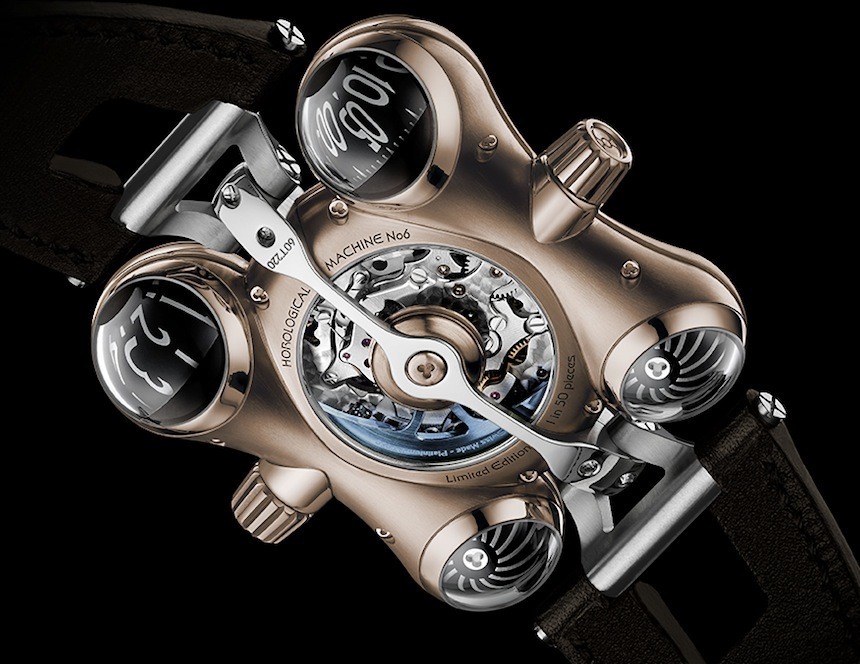 For further reading, you can even read our dedicated article on the artistic and complicated movement produced by MB&F that is inside of the HM6 watch here. What makes the MB&F HM6 RT different than the original MB&F HM6 Space Pirate is the 18k “5N+” (as MB&F refers to this alloy) case as well as the limited edition number (and the price of course). There are still titanium elements in the case, though – which makes sense, given the complicated construction of the HM6’s case. 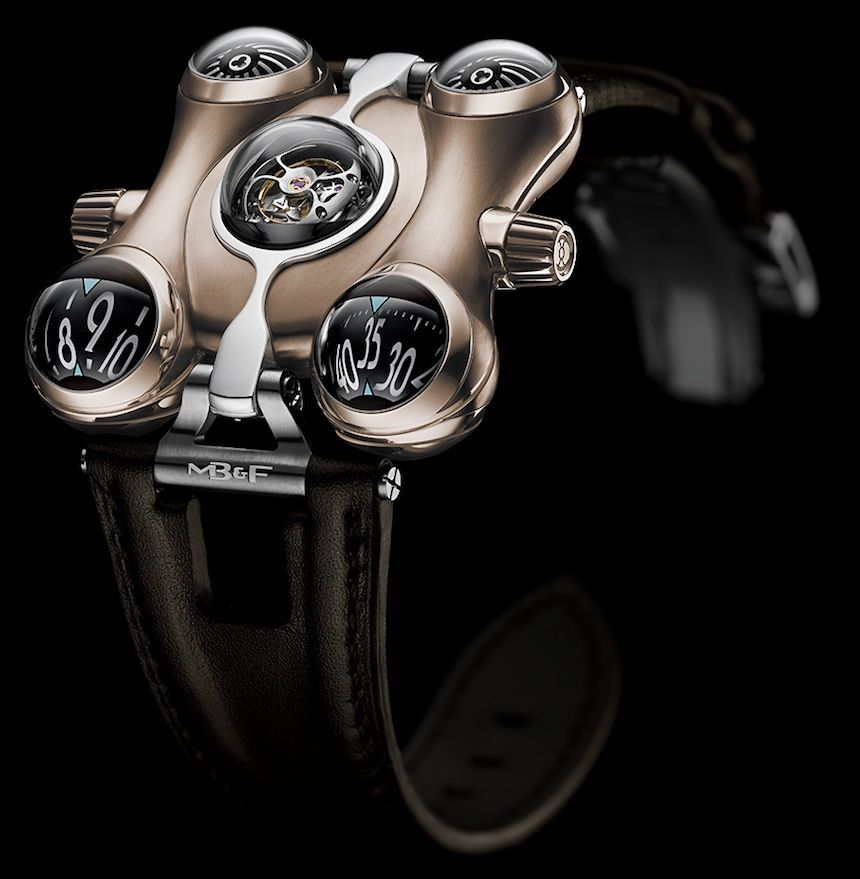 With 10 sapphire crystals all over the case and a unique “biomorphic” look, the MB&F HM6 is one of the most avant-garde (and luxurious) of the modern MB&F Horological Machine models. The 475 part movement offers the time via separate “domed discs” for the hour and minutes, a flying tourbillon, a titanium shield which can be opened and closed over the tourbillon, as well as a “turbine regulated” automatic winding system. Rich with whimsy and technical appeal, with a price of over $200,000, the MB&F HM6 Space Pirate was one of the ultimate high-end toys for boys (who like science fiction). 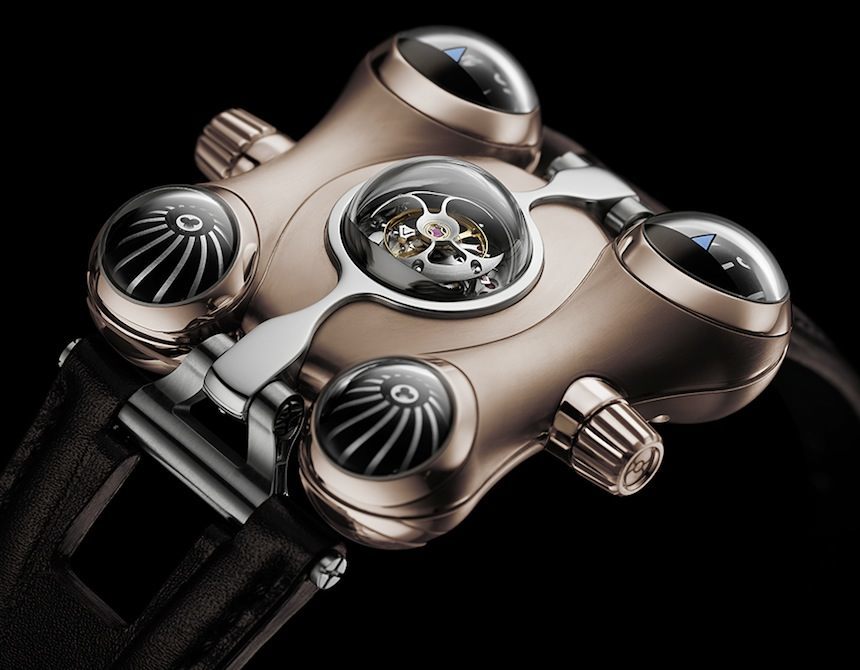 MB&F will produce a total of 100 MB&F HM6 watches over the course of the models’ production. The original MB&F HM6 Space Pirate in titanium was limited to 50 pieces and the MB&F HM6 RT now adds another 18 pieces to the set. Price is $230,000. mbandf.com