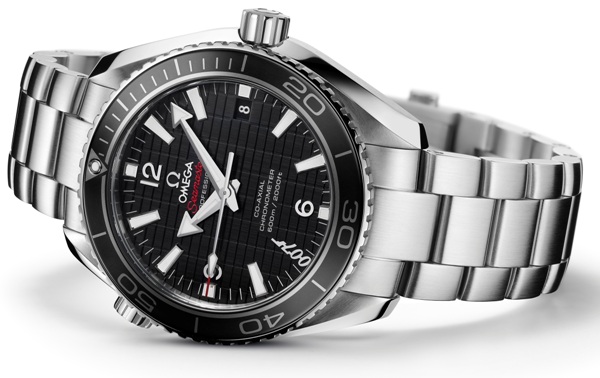 With the latest James Bond film “Skyfall” hitting US theaters on November 9th, 2012 Omega has announced a new limited edition model to tie in with the 23rd installment in the franchise. This is distinct from the Omega 50th anniversary of James Bond 007 movies watch. The announcement of the new Seamaster Planet Ocean 600M “Skyfall” Limited Edition confirms that Daniel Craig will again wear a Seamaster PO as he reprises his role as 007. This is despite online rumors that Bond might have traded his famous diver for an Aqua Terra model. Planned for release in Autumn of this year, the Omega Skyfall Limited Edition is essentially a special version of the 42mm Planet Ocean we have showed you in the past and features 600 meters of water resistance, an Omega in-house 8507 Co-axial movement, and a matte black ceramic bezel with a chromium nitride dive scale. Not to be confused with a base 42mm Planet Ocean (ref 232.30.42.21.01.001), the Skyfall LE adds some MI6 flare by replacing the seven o’clock marker with the “007” logo, a signed 007 clasp, a black rotor (visible via a display case back), and a grid-textured dial. The Skyfall LE will come packaged in a special presentation case and the entire production run will be limited to 5007 units. 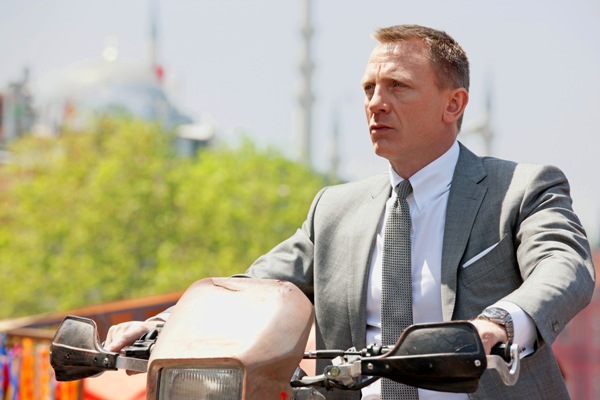 Omega has been producing James Bond limited edition watches for some time and personally, being only a casual fan of the Bond films, I don’t entirely understand the appeal. I can appreciate the overlap for both watch enthusiasts and Bond fans, but Bond doesn’t actually wear that version of the watch, he is wearing the standard version, and that is the one I would have. Being both a Seamaster owner and a fan of the Planet Ocean line up, I like that Omega has been able to continually link their line of dive watches with the Bond character and feel that James Bond, being a fictional character, is a perfectly hyperbolic portrait of the Seamaster’s core values. A dressy but tool-ready dive watch that is not afraid of a scratch, splash, or the occasional car chase. 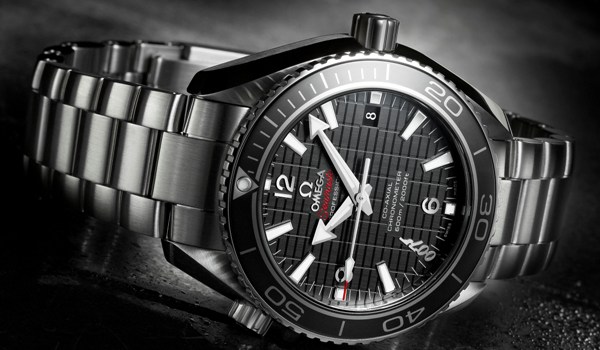 Ultimately, the James Bond Seamasters have always been created as tributes to the films and are meant to be worn by the most ardent of James Bond (and Omega) fans. Aside from the lovely textured dial, I fail to see any significant reason to choose this Planet Ocean over the standard version, unless you are a die-hard addict of all things ‘Bondian.’ Given Bond’s status as an internationally loved man of mystery, and the popularity of the excellent Planet Ocean line up, we doubt Omega will have too much trouble selling through all 5007 examples.