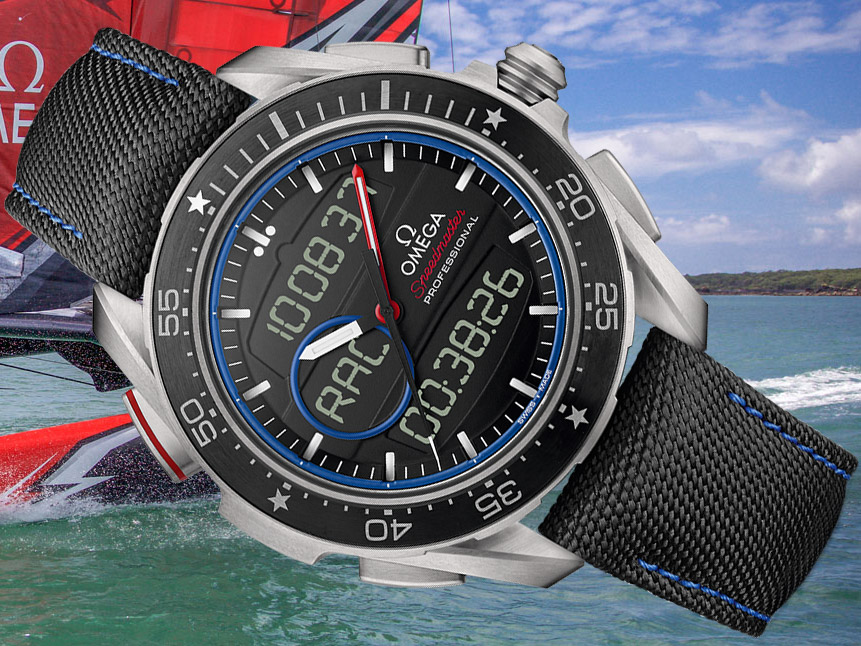 One of Omega‘s many sponsorships and partnerships is as Official Timekeeper of the Emirates Team New Zealand (ETNZ) sailing team. For the 35th America’s Cup yacht race taking place this month, June 2017, the Swiss watch maker has announced a couple of limited edition watches including this Omega Speedmaster X-33 Regatta ETNZ that the team members wear while actually racing. Compared to other collections from Omega, it’s been a while since we’ve talked about this interesting but rare family of digital, quartz-powered Omega watches. 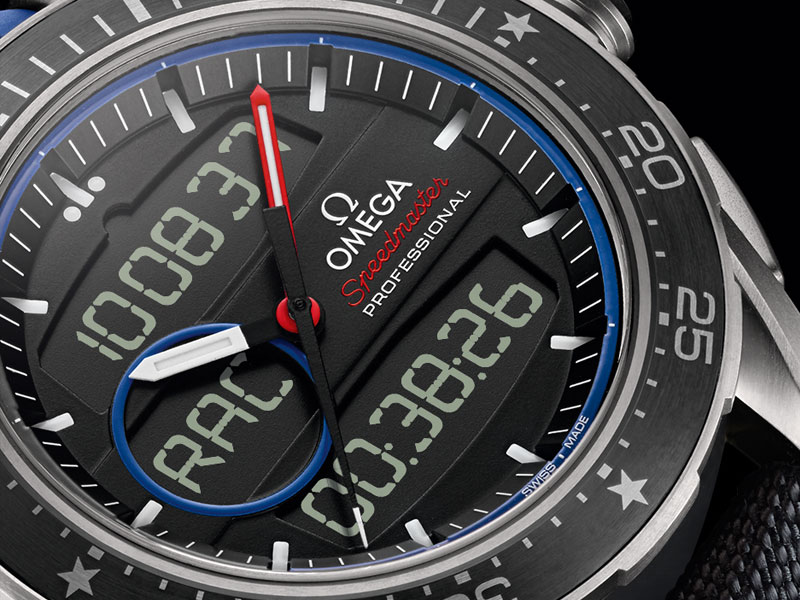 There’s no reason, however, that it needs to be exclusively for aviation and aerospace, as the Omega Speedmaster X-33 Regatta ETNZ Limited Edition watch shows. I felt it was worth mentioning that the sailing team members wear the Omega Speedmaster X-33 Regatta ETNZ while on board as it does add some credibility to the watches’ intended practical use and durability (water-resistance aside). If you don’t follow regatta racing and aren’t clear on some of the physical rigors involved for people or watches on board one of these vessels in a race, see Ariel’s report (and video) after being strapped to a catamaran and splashed a lot with Bremont Watches and Oracle Team USA here. 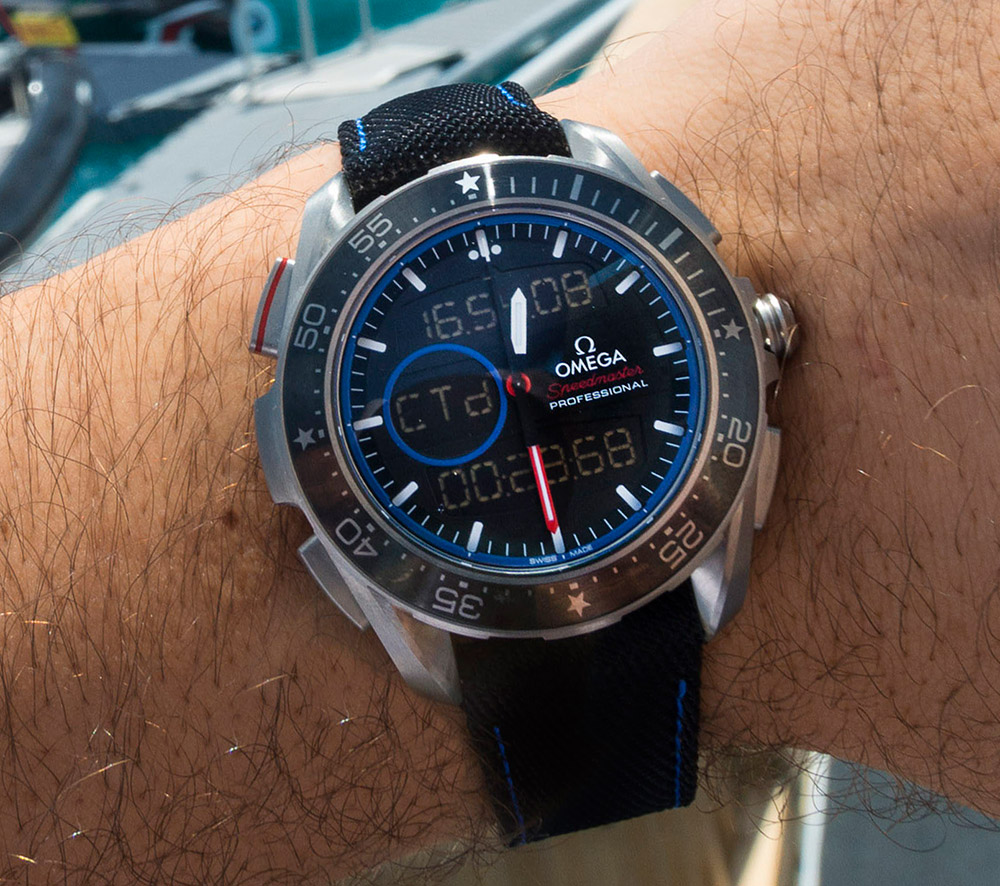 On a nylon fabric strap, the Omega Speedmaster X-33 Regatta ETNZ Limited Edition is 45mm wide in Grade 2 titanium and water-resistant to 30m. This might cause some watchnerds to blink, as that is basically the minimum water-resistance rating for any modern watch, and this one is designed to be involved with watersports. Boats ideally stay on top of the water, yes, but 30m of water resistance refers to the water pressure below 30m of perfectly still water. We generally recommend that you don’t do anything wetter than washing your hands with a 30m-water-resistant watch – mostly dress watches. Granted, there are a bunch of buttons and spots where water ingress becomes a concern on the Omega Speedmaster X-33 Regatta ETNZ, and it seems like they are intended to actually be used – but even most G-Shocks come with 200m water-resistance. 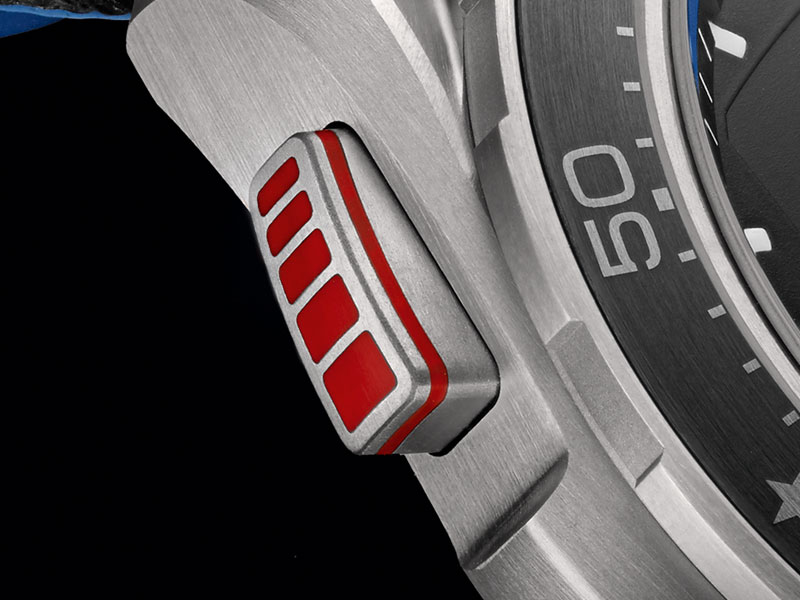 The quartz 5620 movement inside powers the analog three-hand time telling with the addition of a countdown timer for regatta racing, along with a host of digital displays. If you didn’t know, the reason countdown timers are important to yacht racing and so often found on such watches is that boats get a running start (five minutes) before crossing the starting line that they need to time very carefully. The digital functions can show three time zones, chronograph, timer, (perpetual) calendar information, and two alarms. I will continue to say that negative LCD displays are just inferior to positive ones and can only be seen as a sacrifice of legibility for aesthetics. The regatta countdown timer is activated by the red button at 9 o’clock and triggers a series of alarms with recognizable ringing sequences (sounds stressful to me). 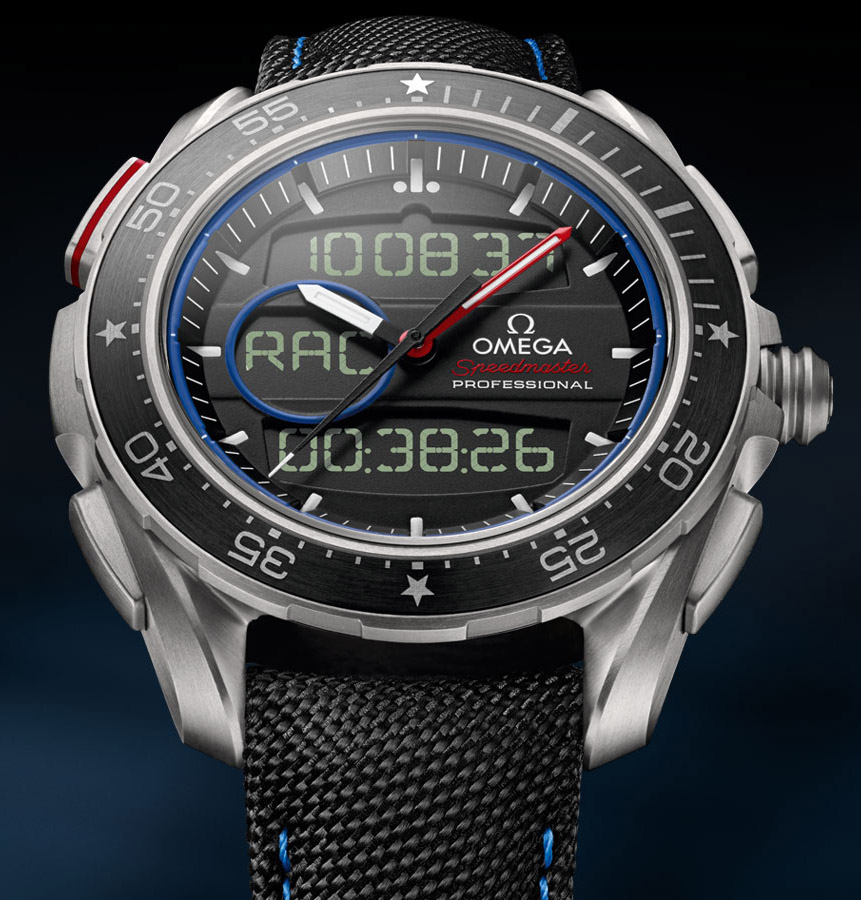 Some differences from the Skywalker X-33 (hands-on here) in the Omega Speedmaster X-33 Regatta ETNZ Limited Edition watch include design cues for ETNZ, the specific functions meant for boat racing mentioned above, and of course, the omission of Skywalker from the name. The colors are of the New Zealand flag, and the blue ring at 9 o’clock that seems to reference an analog subdial is new and cool-looking. I happen to think that a more colorful approach to the X-33, as we also saw here with the Skywalker X-33 Solar Impulse watch, makes it look a lot more modern and fun.

We don’t have caseback images for the moment, but Omega tells us that it is “stamped with an EMIRATES TEAM NEW ZEALAND logo and engraved with ‘CHALLENGER FOR THE 35TH AMERICA’S CUP,’ ‘X-33 REGATTA,’ and the limited edition number.” The bi-directional rotating bezel, made of a ceramic-titanium mix (must be very light), includes litle stars at the “compass points” in place of the aviation (stylized spaceship? K rail?) symbols of the Skywalker. Omega says the stars represent the Southern Cross on New Zealand’s flag. We can assume that there will be lume on the hands and indices, as well as the 12 o’clock star on the bezel, in addition to a back light for the digital displays. 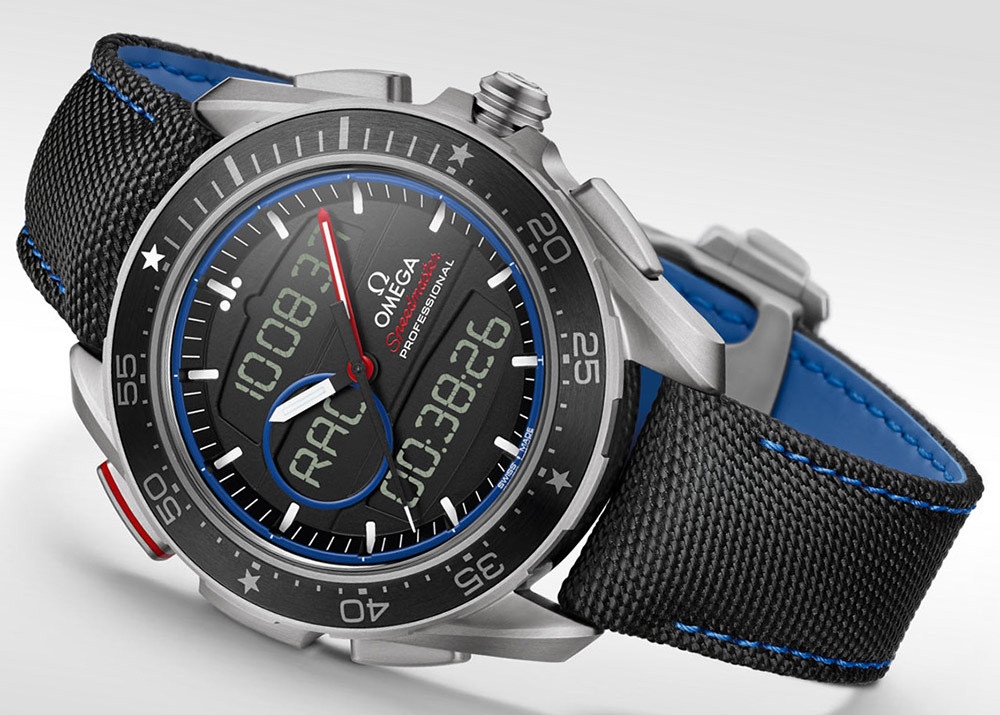 There are certainly a lot of potential luxury watch customers involved with the yachting world, so every year we see a range of sponsorships and limited editions from different watch brands. This is one of the cooler ones, in my opinion, and that’s because of the watch itself. Limited to 2,017 pieces (naturally), the Omega Speedmaster X-33 Regatta ETNZ Limited Edition watch will have a price of $5,900. omegawatches.com