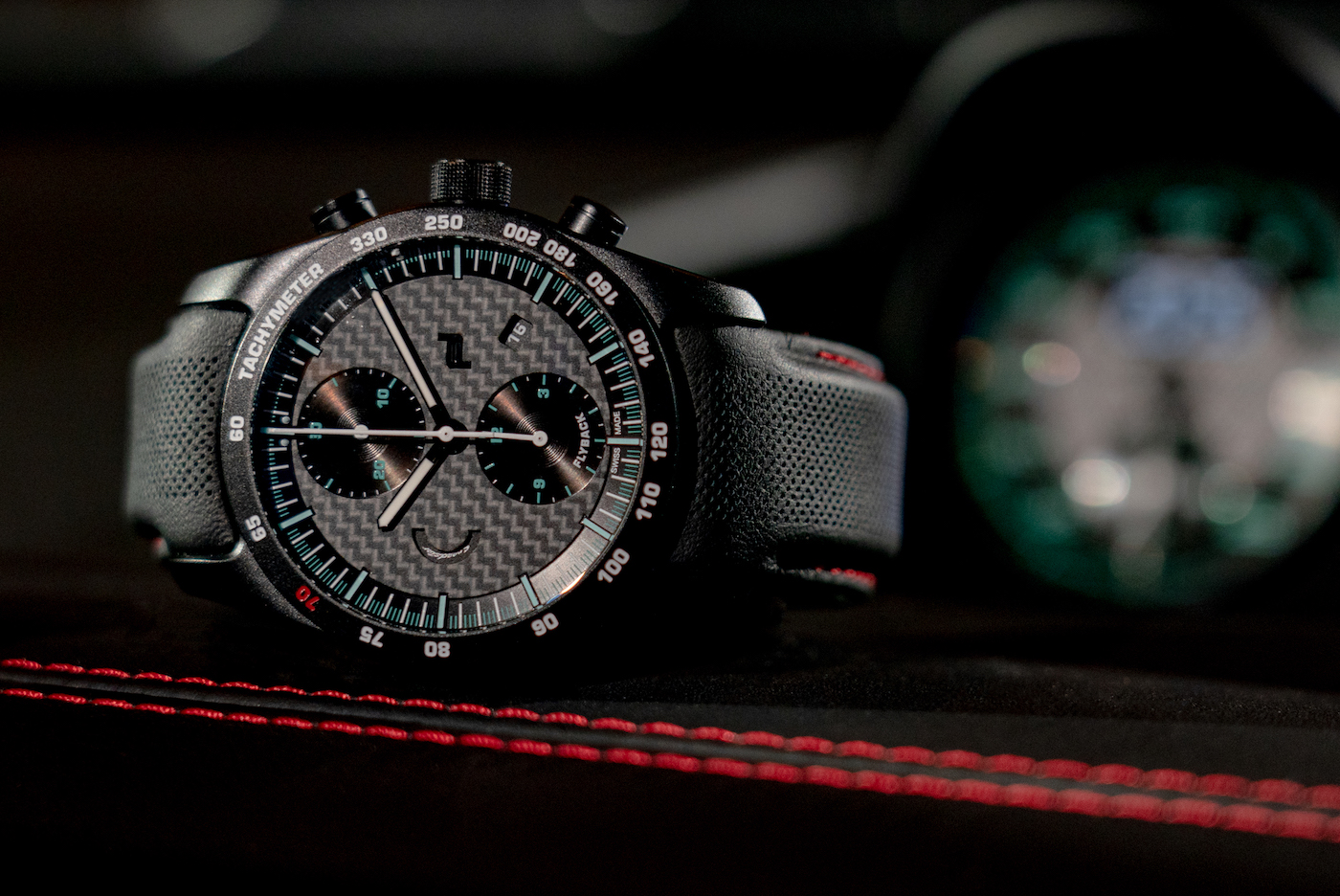 Watches and cars. Hardly a new idea in watchmaking, but not all collaborations are created equal. It is far less common (and maybe a little more interesting) when the brand in question is primarily known for its cars rather than its watches. Of course, how seriously a car manufacturer moving over to horology takes the exercise can vary wildly. While BMW’s recent collection isn’t that interesting, Porsche Design is an established design house with a decent watchmaking pedigree in the bank. To celebrate the revival and reinterpretation of the original Porsche 911 Speedster (the Porsche 356 “Nr.1”), the (genuinely) iconic German brand has created the Porsche Design Chronograph 911 Speedster watches. The intention, not surprisingly, is to transfer the vehicle concept to the watch (without the associated discomfort or inconvenience of having to wear an actual sports car on your wrist). 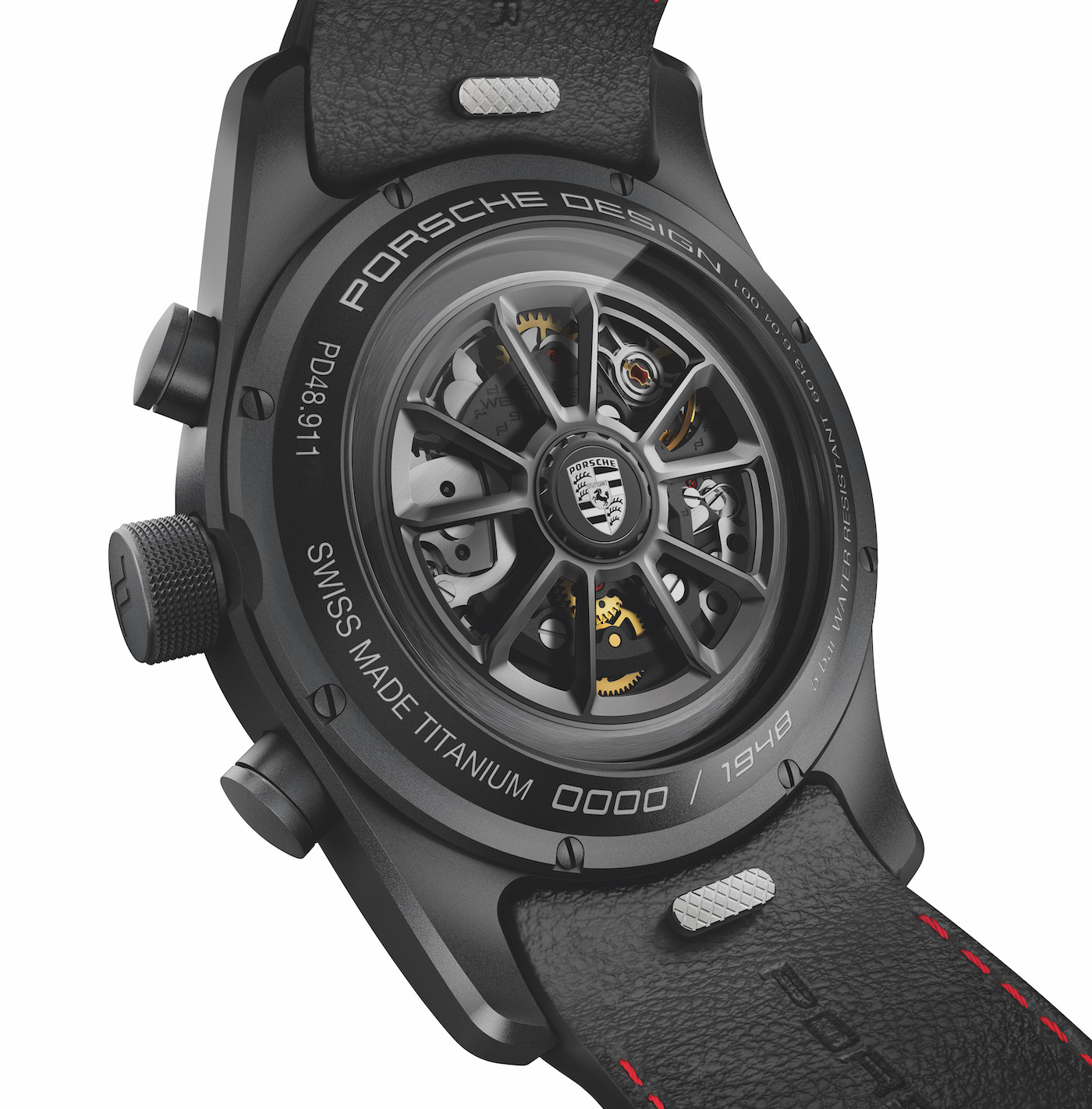 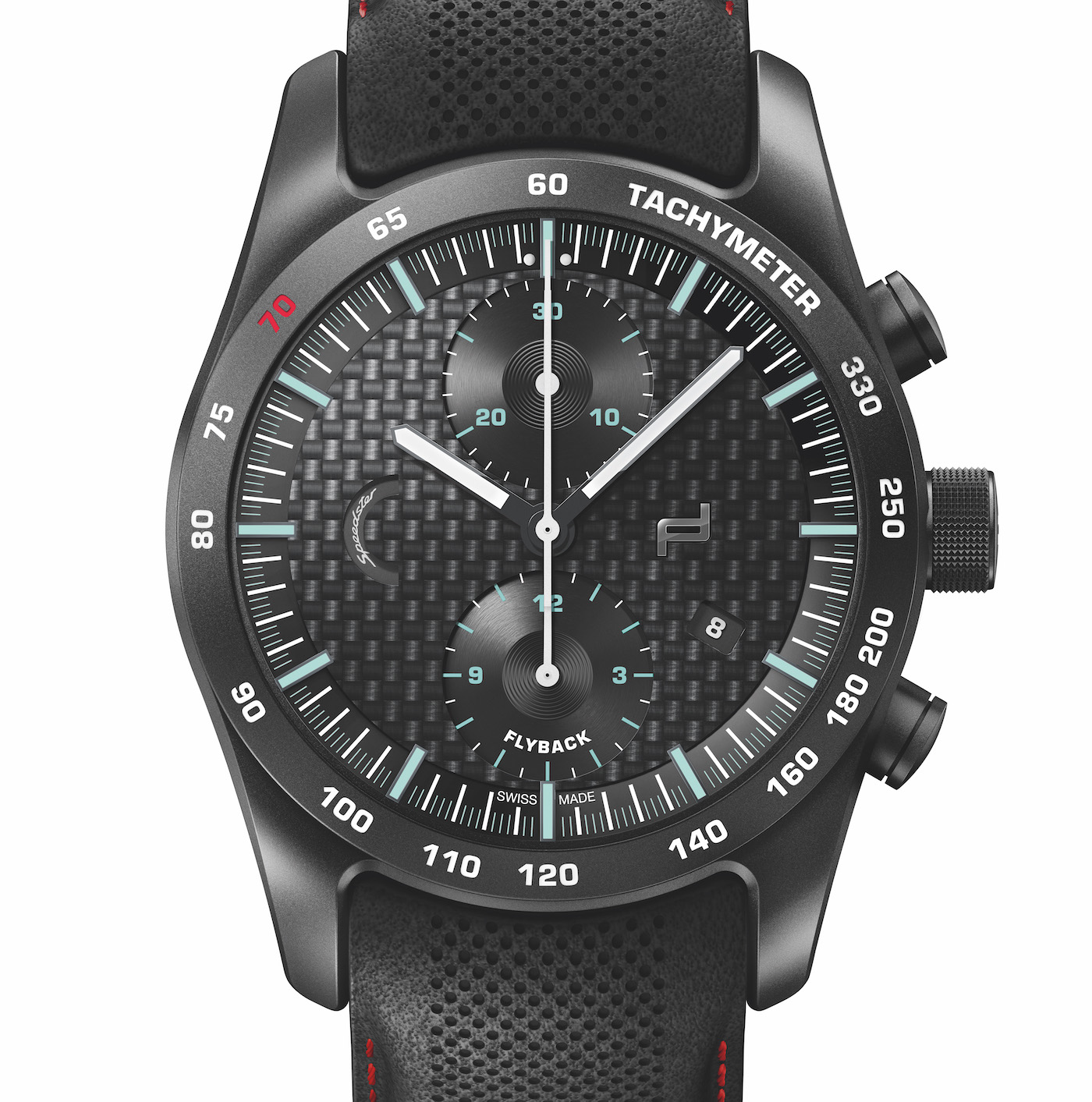 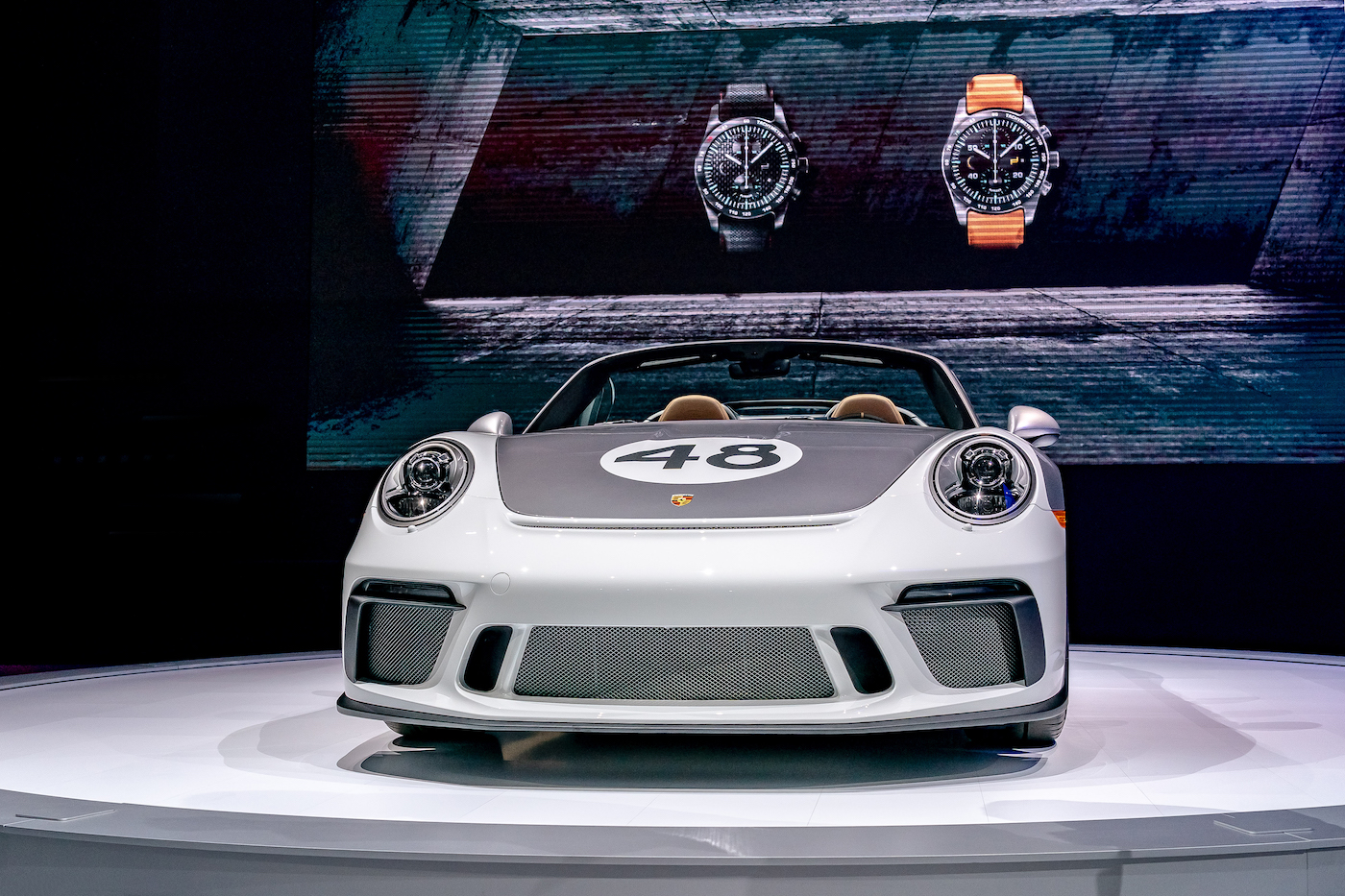 Simply put, a flyback function enables you to time consecutive events by resetting the chronograph without having to stop it first. This means you can get an instantaneous start despite consecutive events rolling into one another, which can be useful for timing laps during a motor race. The Porsche Werk 01.200 has been awarded a COSC certificate, confirming its status as a superlative timekeeper with an average daily rate of +6/-4 seconds per day. 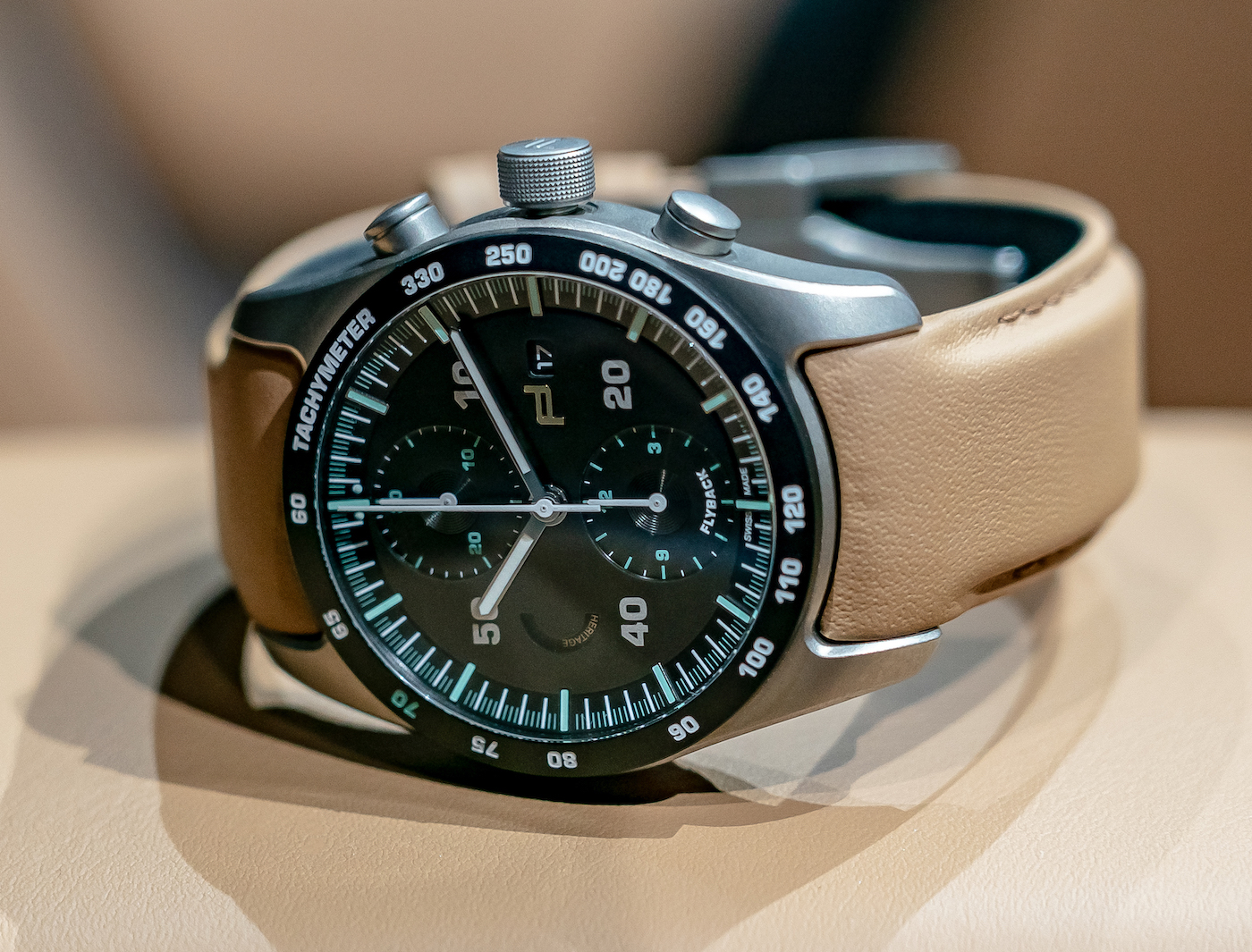 A nod to Porsche’s frequent use of lightweight materials in its sports cars can be seen through the sapphire display back in the form of an energy-optimized oscillating weight that has been partially constructed with Tungsten. Aesthetically, the rotor recalls the wheels of the 911 Speedster. Decorated with the Porsche crest and lacquered with a black silk gloss that further likens the design to that of the 911 Speedster’s wheels. 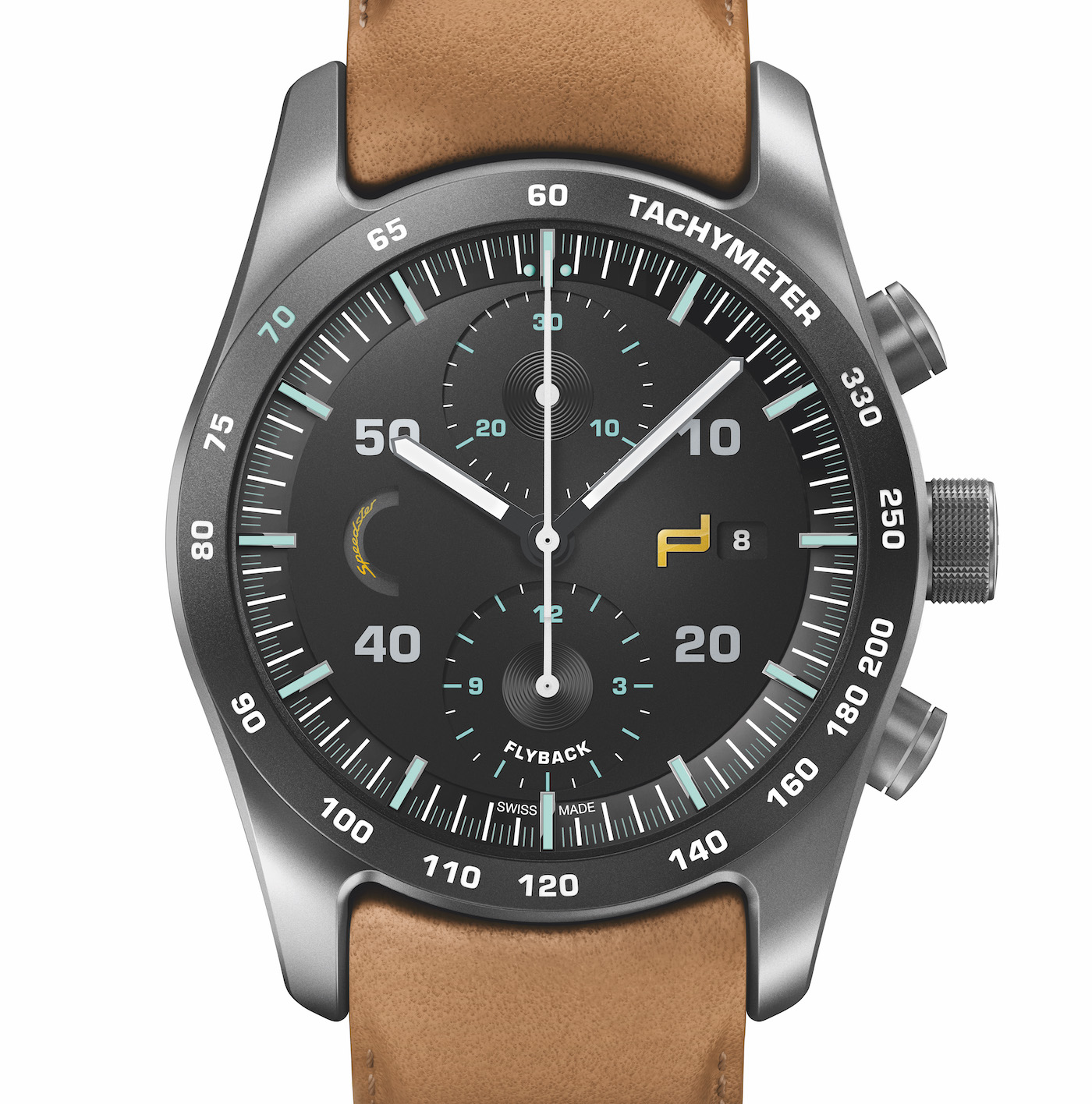 Porsche Design has released some pretty challenging and ambitious watches in the past, with cool monobloc cases and the wild, high-functioning, Eterna-powered P’6910 Indicator watch. The Porsche Design Chronograph 911 Speedster watches are surprisingly muted by comparison but, in my opinion, look all the better for it. 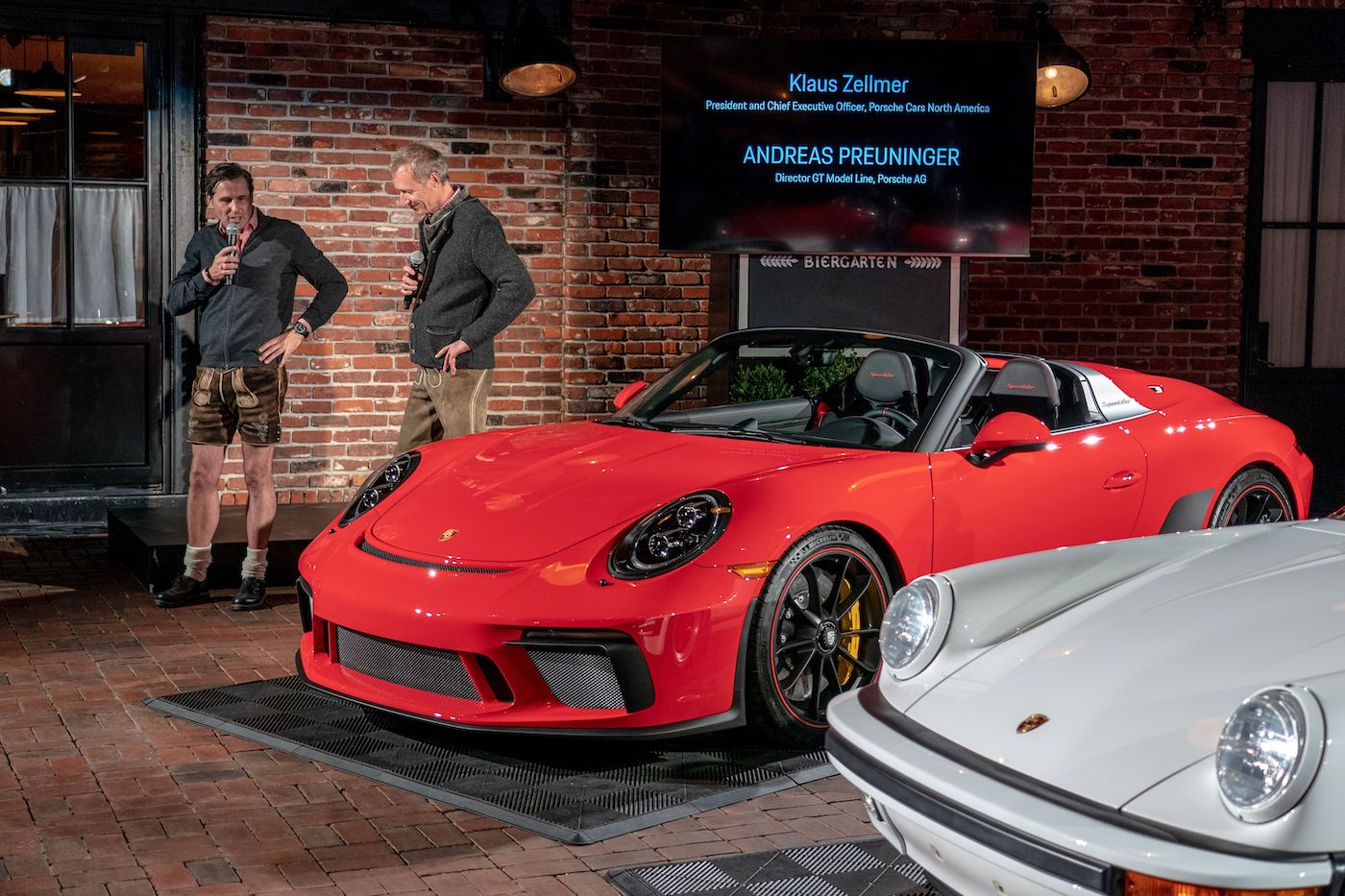 To accuse an internationally renowned designer of having “matured” would be too dismissive of this collection’s forerunners, which were obviously conceived to push boundaries and stand out in an era in which excess and oddity were the order of the day. In 2019’s competitive commercial climate, it makes far more sense to release well-made, mechanically interesting, and visually conservative pieces than it ever did before. 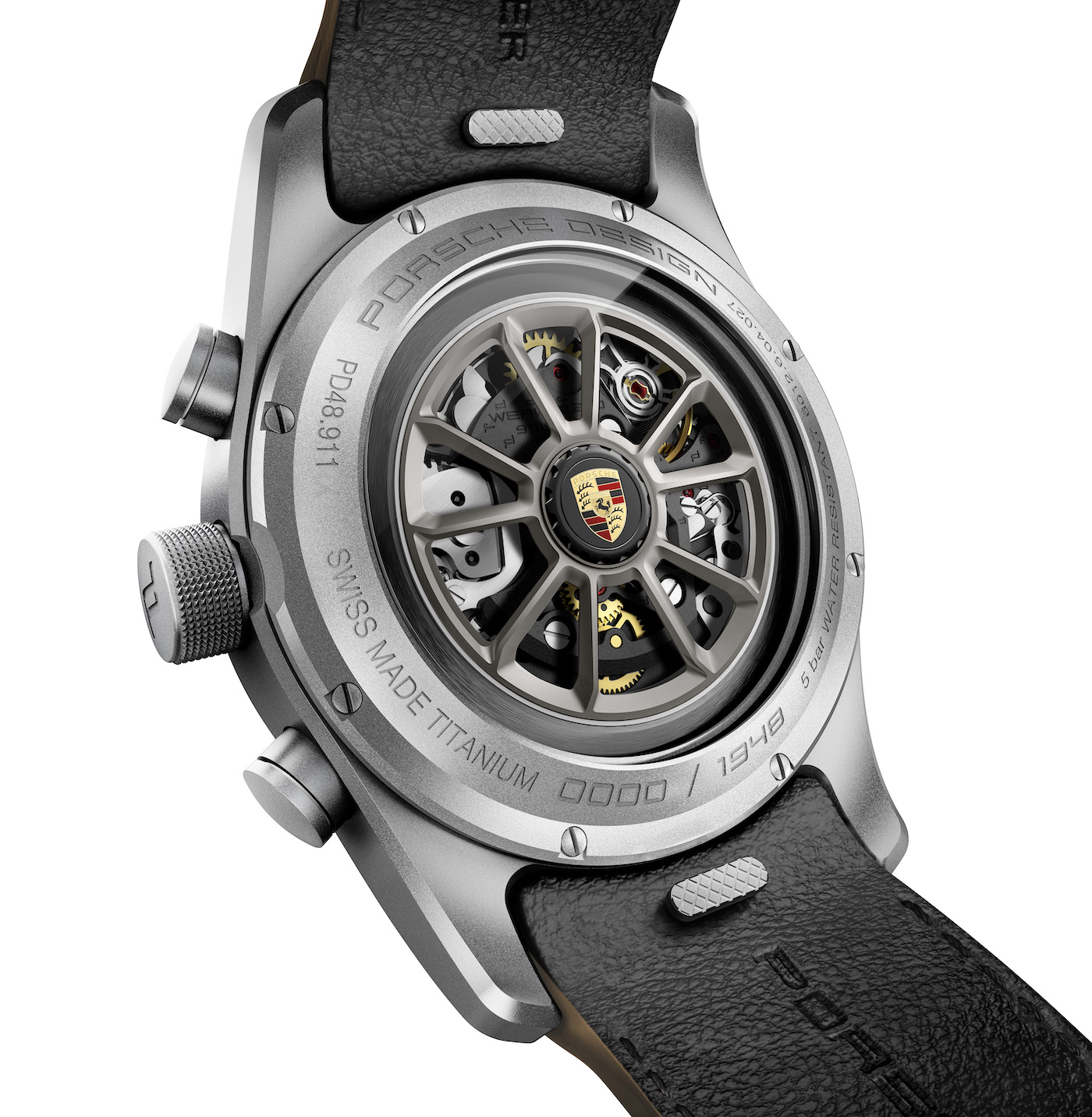 However, Porsche is happy to customize the watches (as they would with the car) in accordance with the wishes of the future owner. The standard Porsche Design Chronograph 911 Speedster is 42mm by 15.3mm and crafted from titanium (which has been the brand’s preferred material since 1972) that has been blackened by a titanium-carbide coating. It is water resistant to 50 meters. Each watch comes with two leather straps, one in black and one in red, available in two different sizes. These straps are made from the same leather and yarn used to make the seats of the car itself. A quick-change spring-bar system means the straps can be swapped easily. The watch that accompanies the Porsche 911 Speedster with Heritage package comes in an untreated titanium case and is delivered on a cognac strap, which also matches the seats of the heritage-inspired car. 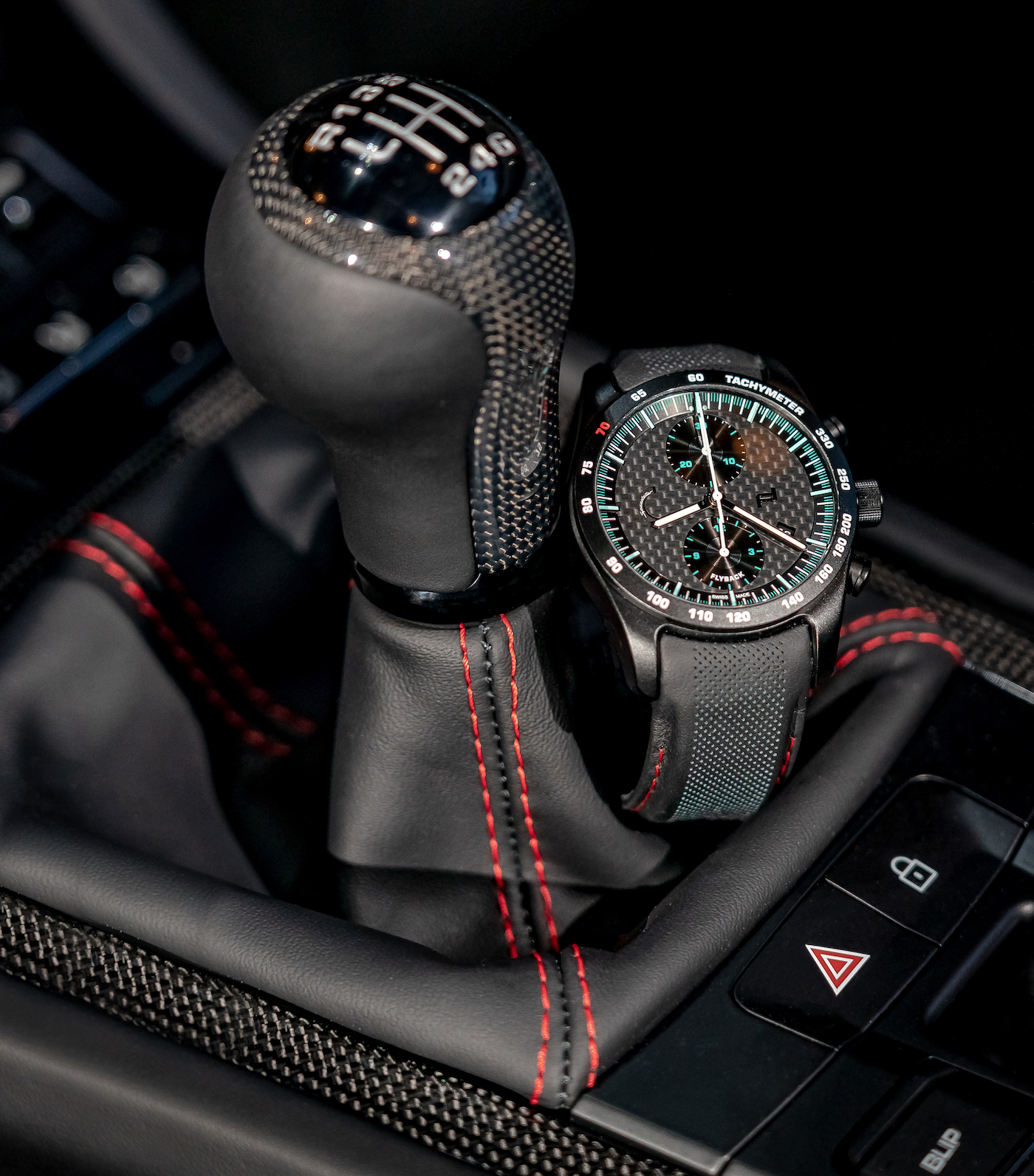 To make each model truly unique, and to tie each to the cars one must buy in order to own this highly exclusive product, the casebacks are engraved with a limitation number that corresponds to the vehicle. These watches will be available exclusively at Porsche Centres worldwide to future owners of the Porsche 911 Speedster or Porsche 911 Speedster with Heritage Design Package as of May 2019 starting at $12,911.00. Learn more at porsche-design.com.