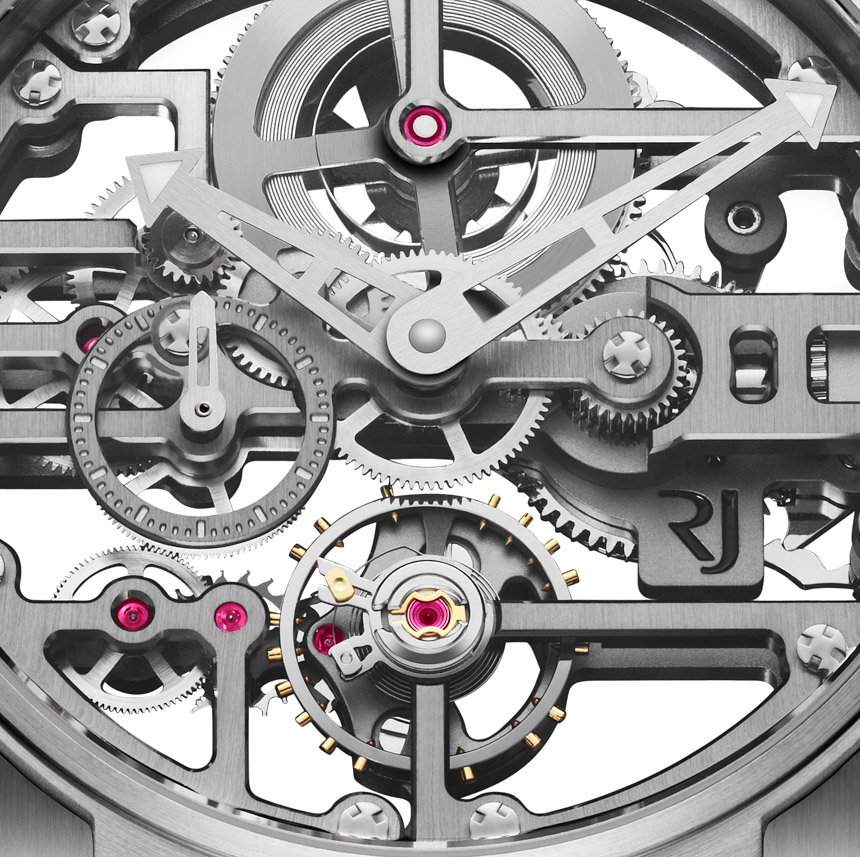 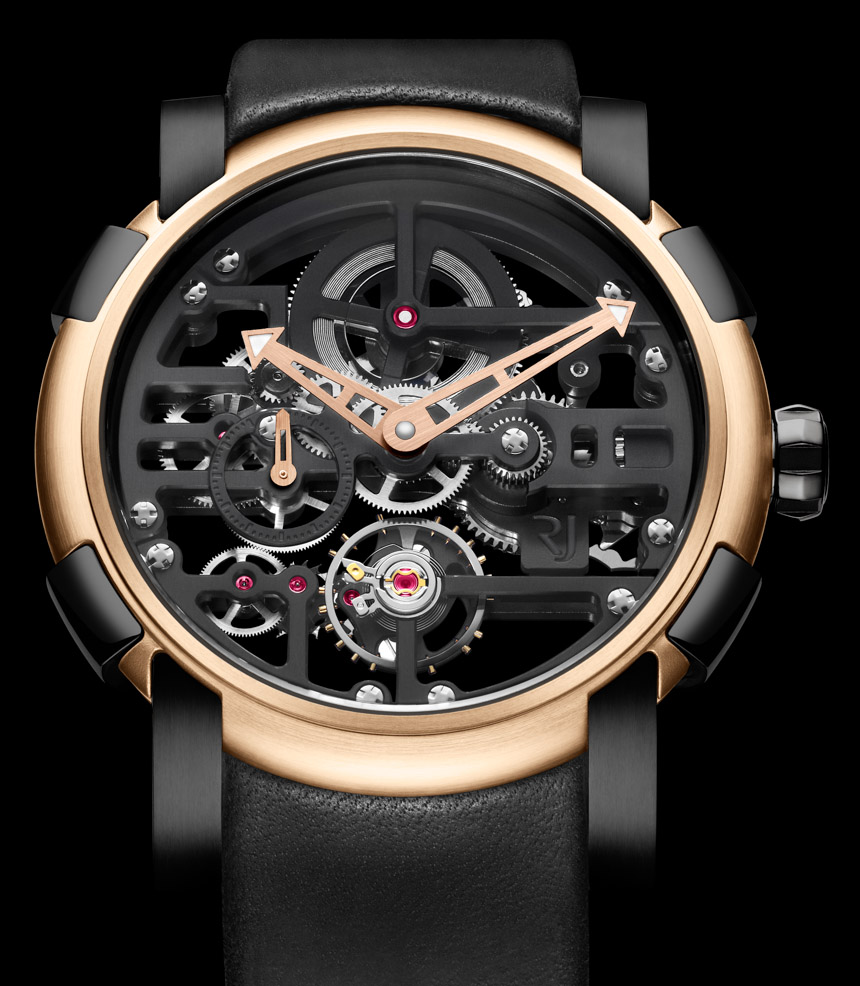 Something quite new from Swiss Romain Jerome, here is the Skylab. The new timepiece collection with its skeletonized dial and movement is unique but thematically related to the brand’s other “moon-themed” timepieces that began with the Moon Dust DNA collection (hands-on here). The Moon Dust DNA was Romain Jerome’s first follow-up model to the famed Titanic DNA watch (aBlogtoWatch review here). The Moon Dust DNA was said to contain some actual dust particles from the moon, and metal from the original Apollo XI spacecraft. 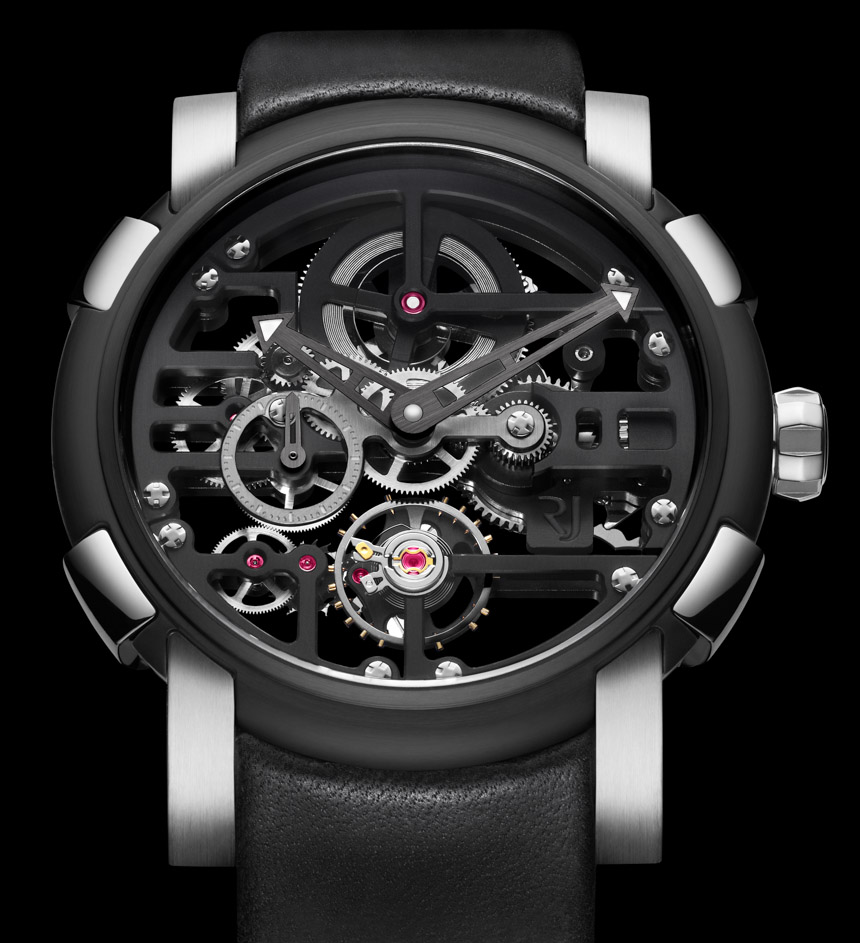 Set in a 44mm wide case there will be three initial versions of the Skylab. It appears to have a case with a similar design to that of the original Moon Dust DNA but perhaps a bit more simple in its look (notice the new crown design). This is the first fully skeletonized Romain Jerome watch, but there have been prior pieces with semi-skeletonized dials offering a view into the movement. With a piece like this you have a movement sandwiched between two pieces of sapphire crystal and you can see all the way through with ease.

Romain Jerome calls the movement their caliber RJ004-M. It operates at 28,800 bph and has a power reserve of 48 hours. The movement design is very angular and cool. The modern method of skeletonization and bridge design feels very fitting for the brand. It is probably one of my favorite looking modern skeletonized watches available right now – though there are a few cool ones out there. The movement features just the time with central hours and minutes, along with a subsidiary seconds indicator near 9 o’clock. A view of the balance wheel is viewable at 6 o’clock. The rear of the movement shows the tell-tale signs of a Concepto-made caliber. Romain Jerome is a long-time customer of Concepto so this is no surprise, but it is worth mentioning that the movement is once again made by Swiss Concepto. 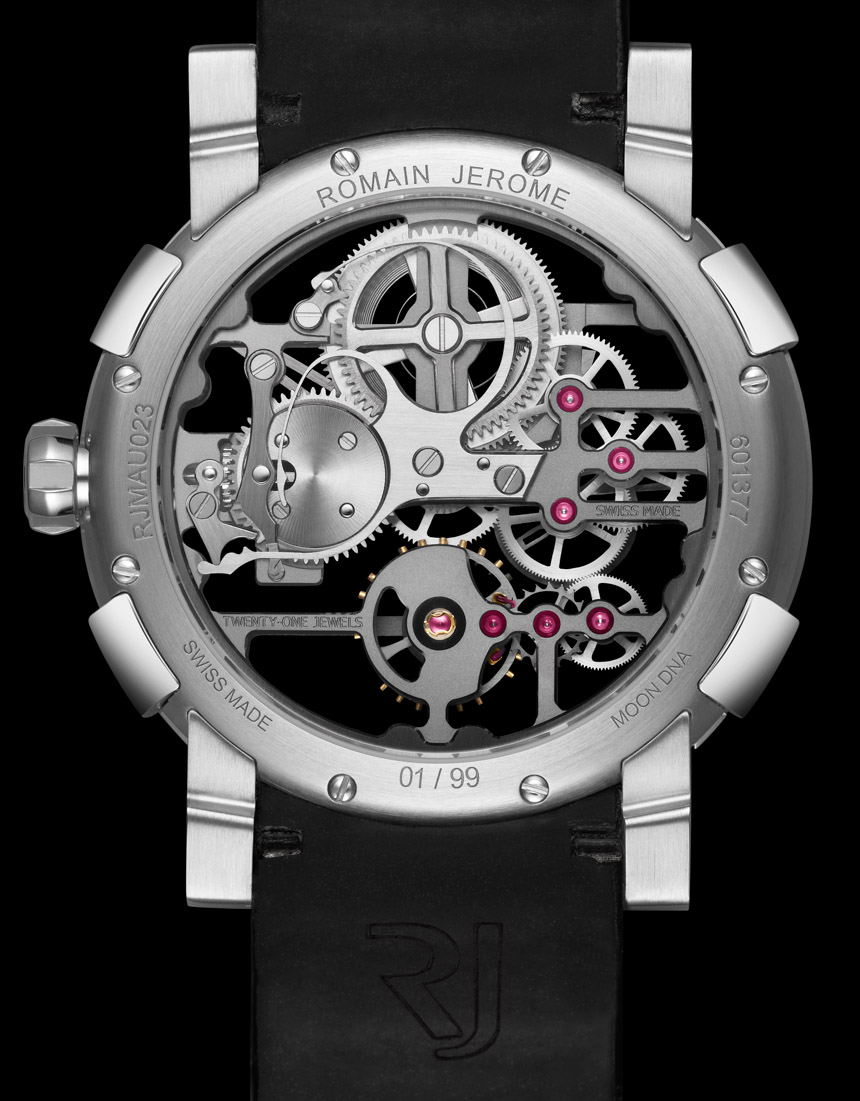 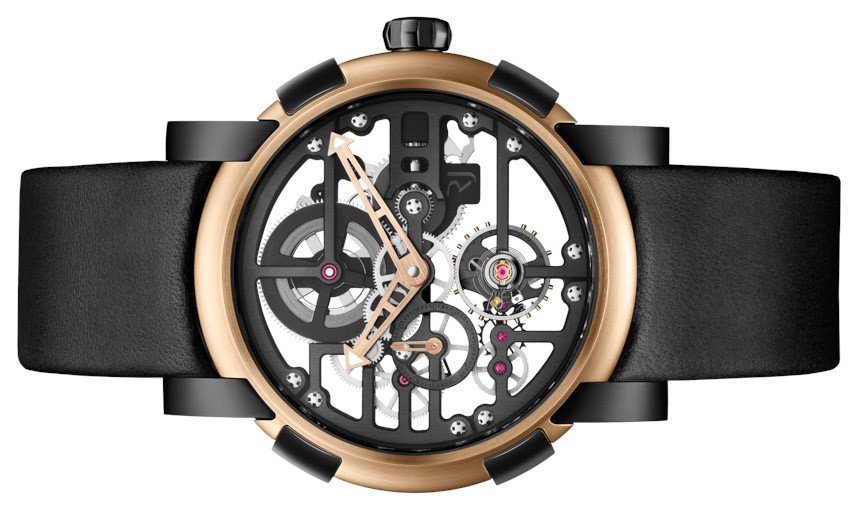 The Romain Jerome Skylab will have two versions in steel, and a two-tone model in steel and 18k red gold. The first model is the Skylab Heavy Metal (ref. RJ.M.AU.023.01). This all naked steel model has a ruthenium-colored movement and dial matched to a black calf leather strap. It will be limited to 99 pieces and priced at $16,950 USD. Next is the Skylab Speed Metal (ref. RJ.M.AU.025.01). Similar to the Heavy Metal it is all steel but is mostly PVD black coated (save for some elements such as the crown, lugs, and some movement parts). The Skylab Speed Metal is also limited to 99 pieces and will be also priced at $16,950 USD. Last is the slightly more high-end Romain Jerome Skylab Red (ref. RJ.M.AU.028.01). This model mixes PVD black coated steel with 18k red gold elements such as the bezel. Also limited to 99 pieces the Skylab Red will retail for $19,950 USD. romainjerome.ch