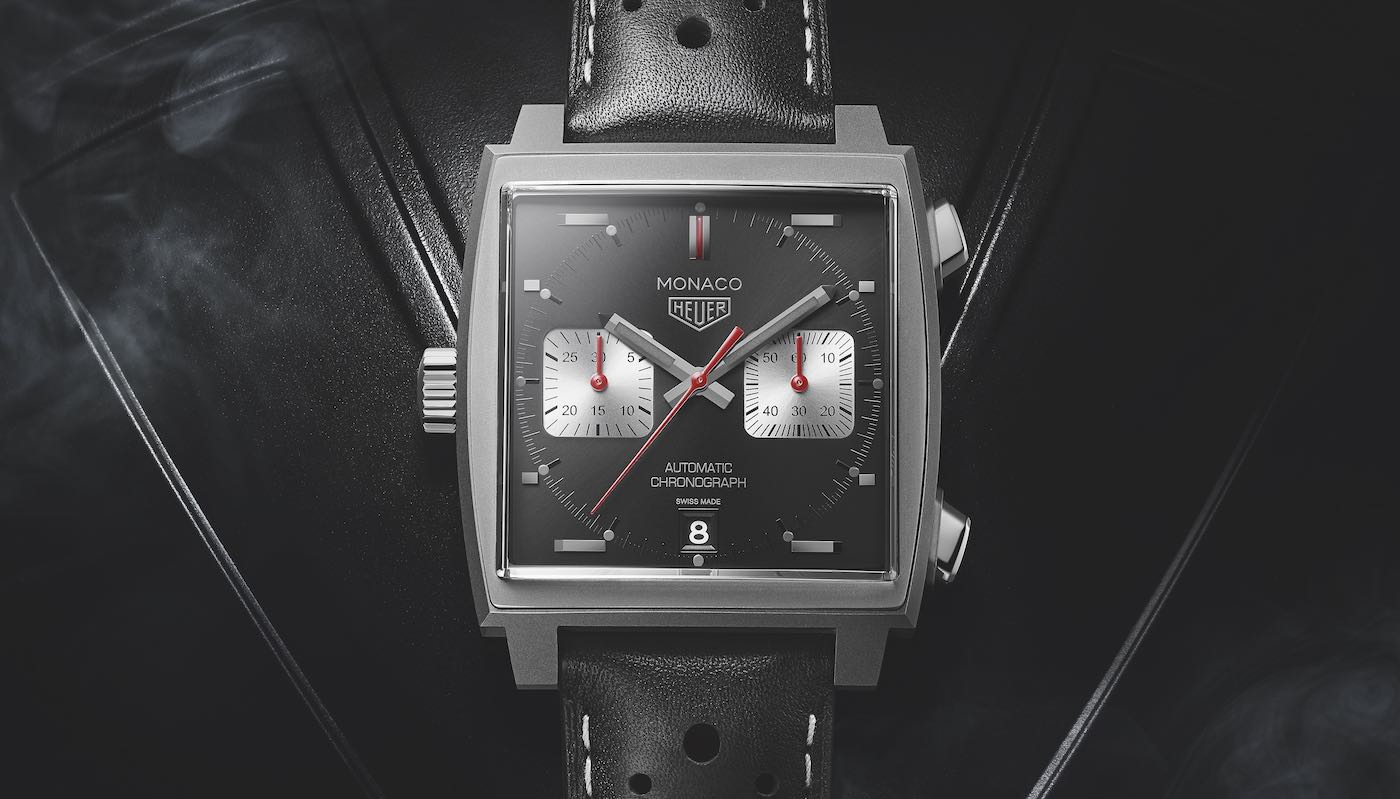 This week sees the run on TAG Heuer Monaco Limited Editions created to commemorate 50 years since the iconic model’s debut concluded with the release of the TAG Heuer Monaco 2009-2019 Limited Edition Watch. Launched in Shanghai by a who’s who of brand ambassadors and executives, including Cara Delevingne, Li Yifeng, Stéphane Bianchi (CEO of the LVMH Watchmaking Division and of TAG Heuer), and Frédéric Arnault (TAG Heuer Chief Strategy and Digital Officer). 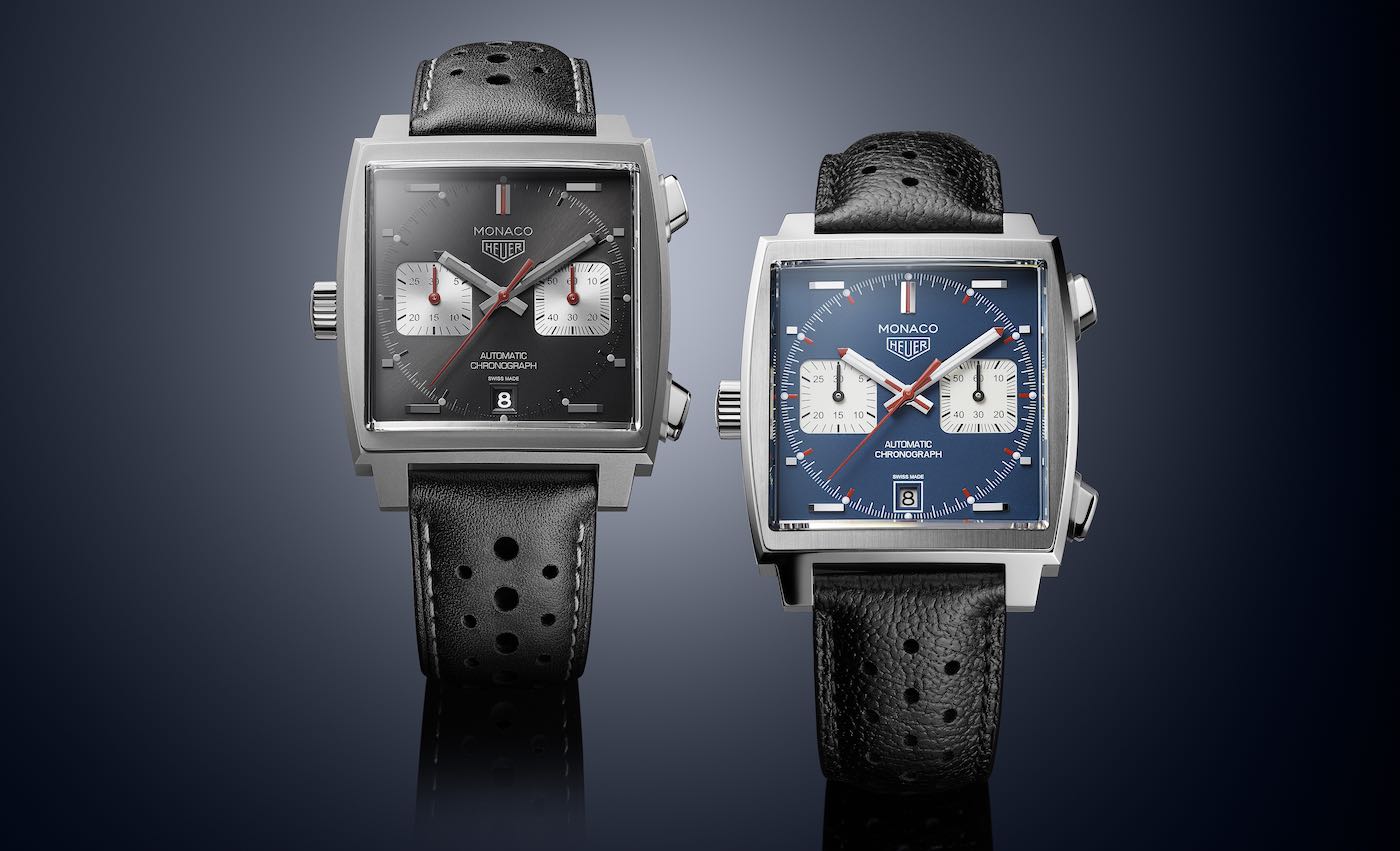 Each limited release celebrates a different decade since the groundbreaking square-cased water-resistant chronograph. This time around it is the turn of the most recent decade of the Monaco’s existence, 2009-2019. Following the previous four releases celebrating 1969-1979, 1979-1989, 1989-1999, and 1999-2009, all brought starkly different dial colors into play with green, red, gray, and black displays taking turns in the spotlight. 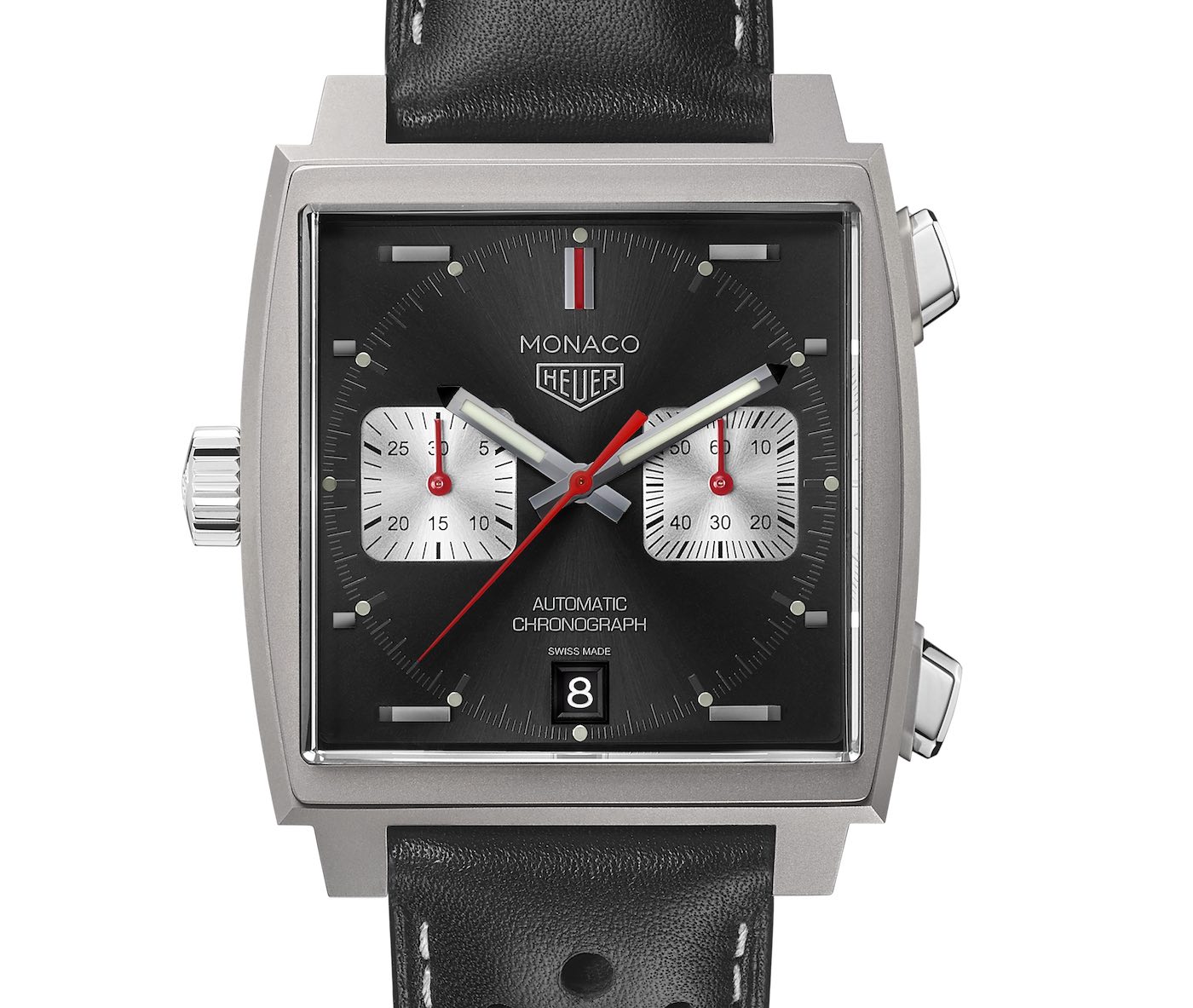 The latest edition follows on directly from the black dial edition, commemorating the early aughts but takes the stealth appeal to a whole new level. A simple, blacked-out design on the dial is handsome, but the real diversion from the norm can be seen in the micro-blasted case, which marks the third time this month that LVMH has dropped a model with this mattified finish following two releases from Zenith: The Mr Porter × Bamford Watch Department × Zenith El Primero Revival A384 Edge of Space Limited-Edition watch and the Zenith Chronomaster El Primero Radar watch with Bamford Watch Department. 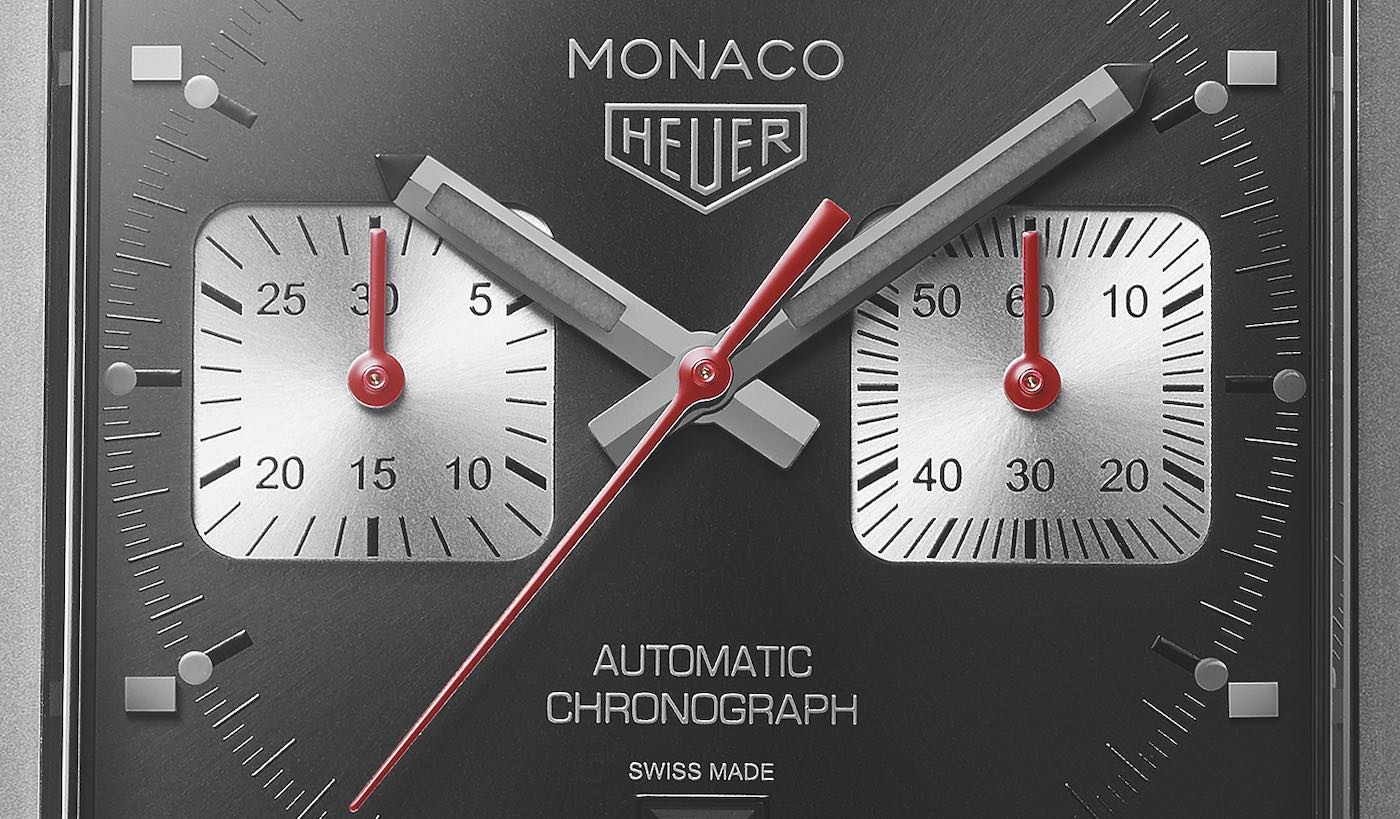 The case finish here lands somewhere between the very rough “Edge of Space” model and the finely blasted “Radar.” While such a utilitarian finish isn’t for everyone, I think it sits very well on the square case of the Monaco and provides a distinctly different feel for this model. The dial takes a back seat in creating the mood of this austere and thoroughly modern take on a classic. The charcoal sunray dial is given depth by black-gold-plated applied indices. At night, the dial glows brightly thanks to the application of Swiss Super-LumiNova to the face and hands. As one might expect, bright red (rarely far from the Monaco colorway) makes an appearance on the chronograph seconds hand, the sub-dial hands, and a thin strip of the sporty shade sandwiched by the double index at 12 o’clock. 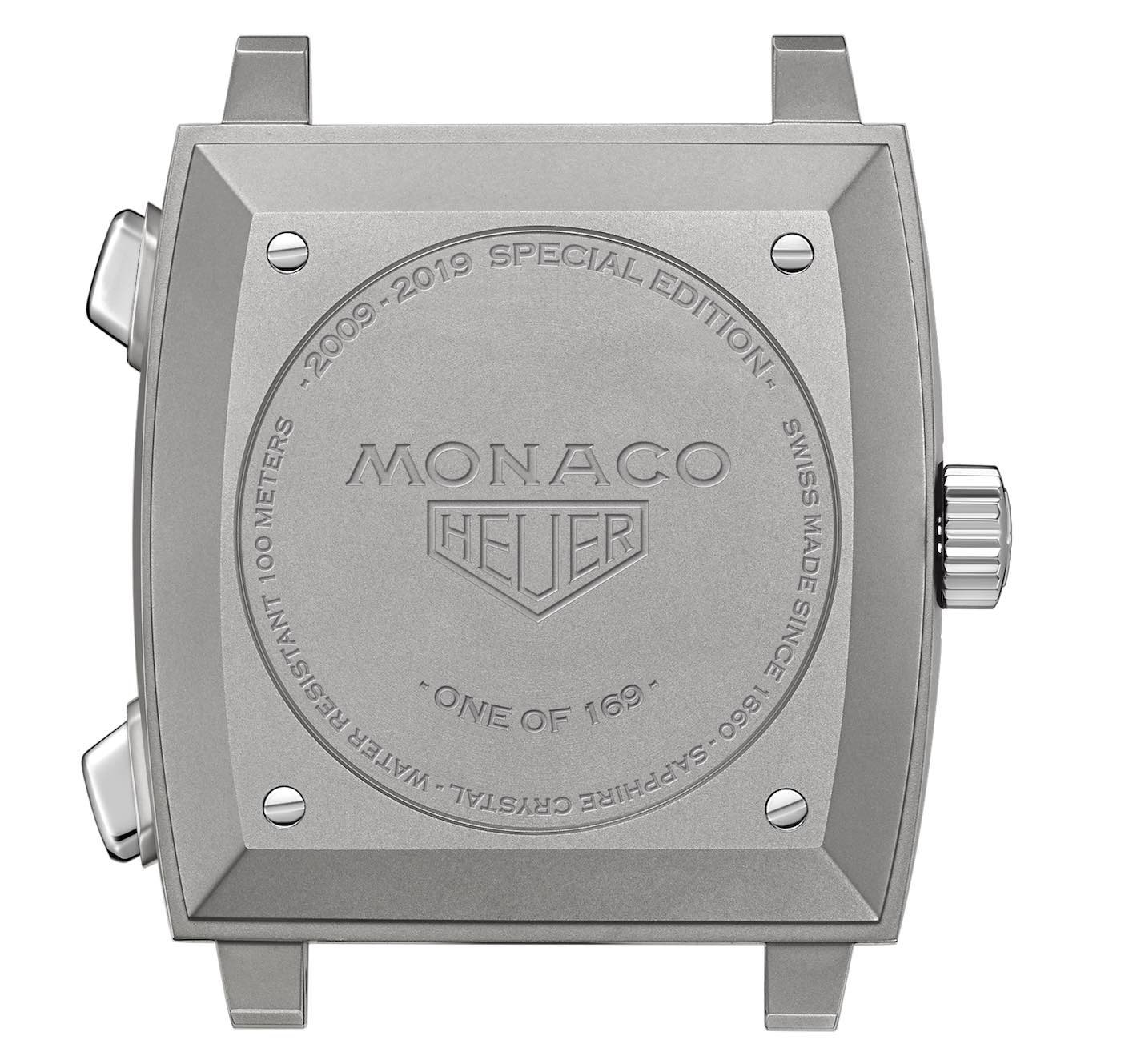 The TAG Heuer Monaco 2009-2019 Limited Edition watch (CAW211Z.FC6470) is fitted with a black perforated calfskin strap with a folding clasp finished with the same matte finish as the 39mm stainless steel case, which is water resistant to 100 meters. The watch is powered by the 4Hz TAG Heuer Automatic Calibre 11 and priced at $6,550. As with previous editions, there will be just 169 models made, and each one will be delivered in a special edition box inspired by the original packaging and the decade it represents. Learn more at tagheuer.com.