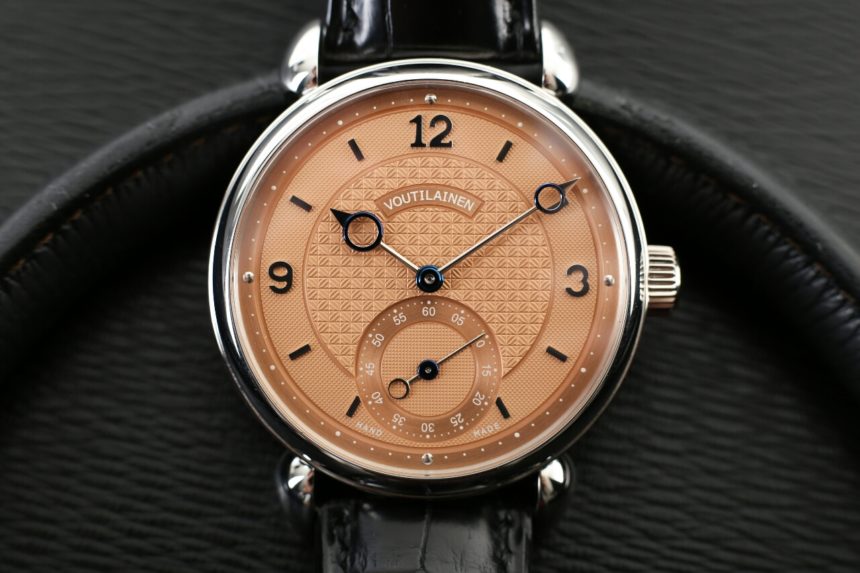 The Kari Voutilainen VINGT-8 watch (which aBlogtoWatch went hands-on with here) is a classic 3-hand piece made in very small numbers for some of the most discerning watch collectors out there. Watch Xchange recently got ahold of a rare, one-of-a-kind Voutilainen VINGT-8 watch in platinum (more here) that is a prototype model numbered 000 and represents the first time the watchmaker used his then newly developed escapement design as well as his first COSC-certified in-house movement.

Undeniably, Kari Voutilainen sits amongst the greats of independent watchmaking. In a peer group shared with Roger Smith, Philippe Dufour, and François-Paul Journe, the Finnish Master Watchmaker practices his horological art from the sleepy hamlet of Môtiers, deep in the Vallée de Joux. Voutilainen and his team of around twenty make fewer than fifty watches a year. His handmade pieces are characterised by their distinct “Kari” design: beautifully engine-turned, guilloché dials, tear-drop lugs, classically finished movements, and with the VINGT-8, in-house mechanics.

Enjoying an enviable reputation, his pieces have long waiting-lists and a growing following of fans that include the world’s biggest collectors. Where others have felt a pinch in recent years, the enterprising Finn, never seems to have been busier. 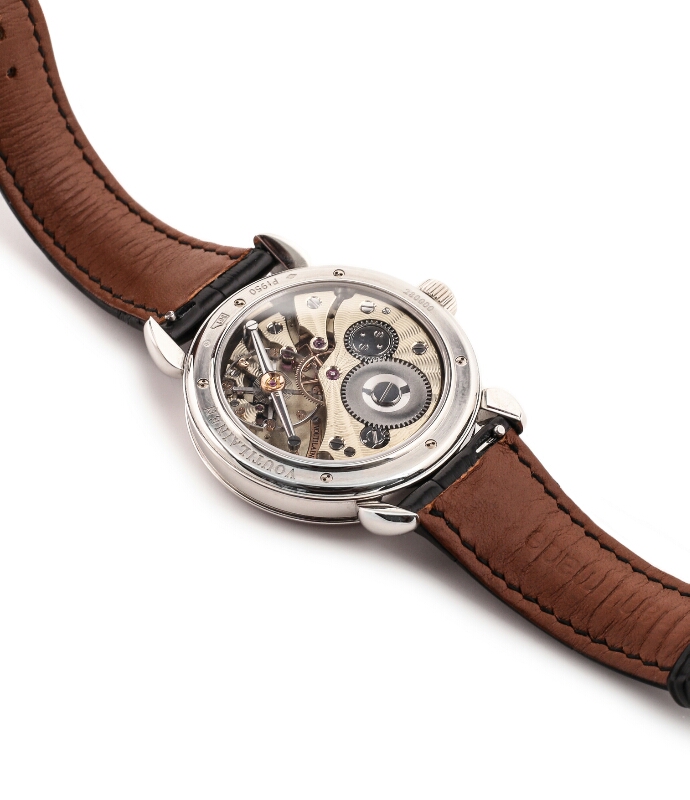 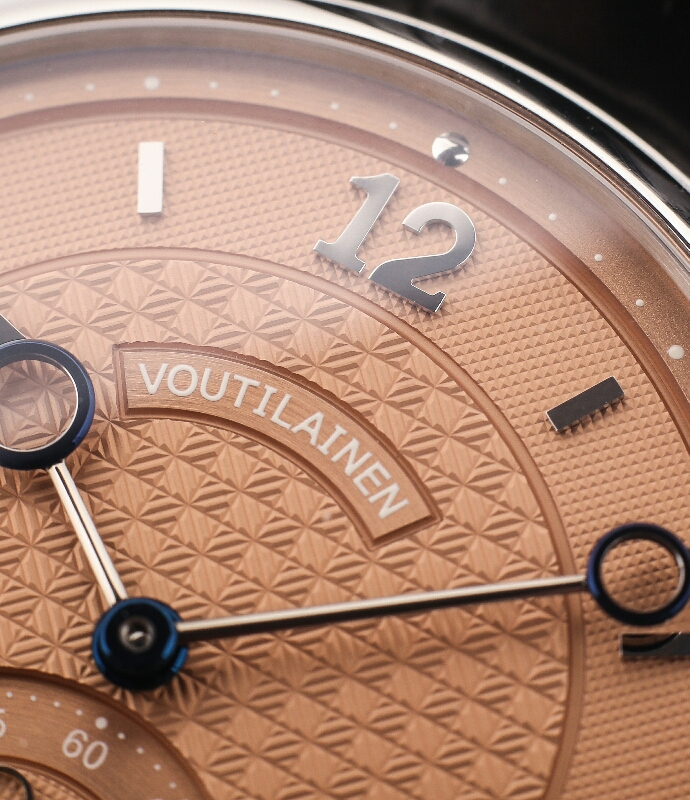 Indeed, I remember the first time I got to hold one of his watches. It was the tail end of a balmy London Summer evening when I spotted it on the wrist of a friend. As he rolled up his sleeves, to better resist the weather, I casually inquired if I could take a look.

At the time, I’m ashamed to admit, I knew nothing about Kari or his work. I remember praising the simplicity of the design as I turned the watch over in my hands. With plain, applied Arabic numerals set on a flat, matt surface, divided by sunken chapter rings – there was an art deco quality to the dial, that I loved. This was only improved by being set in a simple, rose-gold case with straight-line lugs. 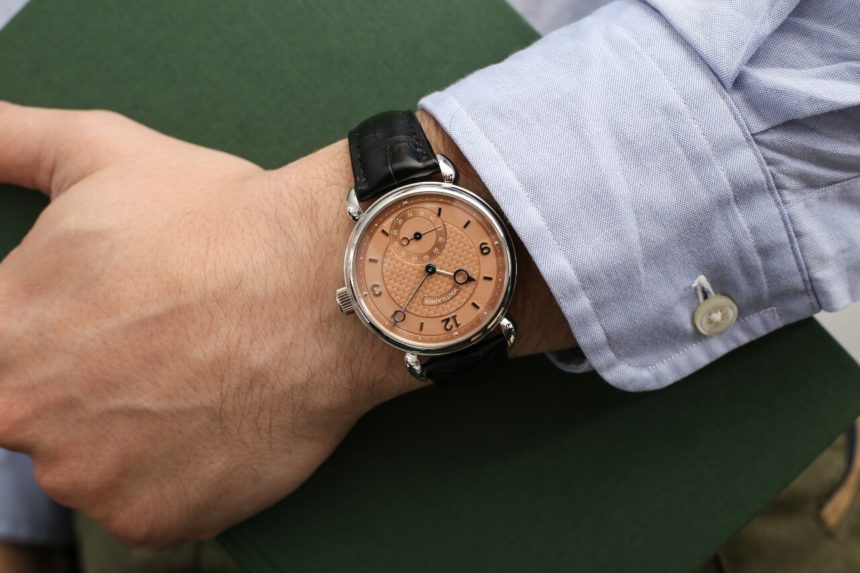 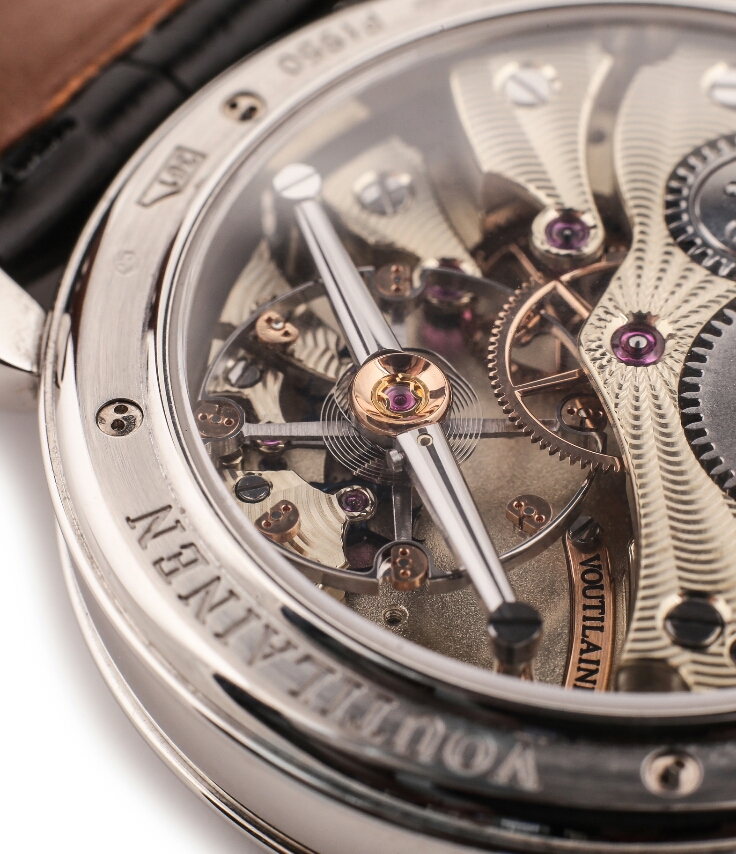 After a few minutes of enjoyable distraction, I returned the watch and we continued our conversation. It was only later that I came to appreciate that, however briefly, that night I had held a small piece of horological history in my hands: The very first Observatoire, the first major Voutilainen series watch. Based on a Peseux calibre 260, this highly-modified ébauche was an experimental movement, chronometer-graded by the Observatoire de Besançon to the highest time-keeping standards. For the purists, seeking an accurate, beautifully designed, hand-made watch, this was the perfect addition to any collection. 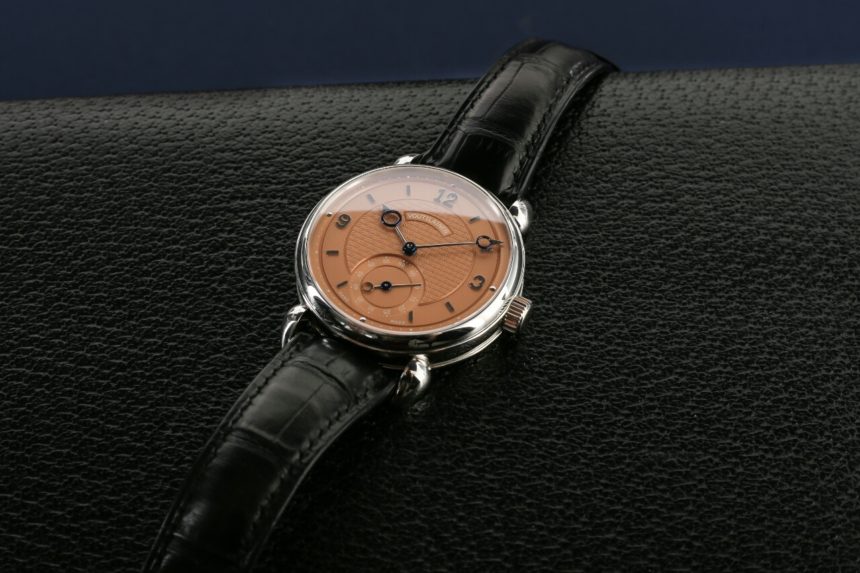 As time passed and his reputation grew, Kari evolved his craft and collectors began to push for something new. Thus was born the VINGT-8, powered by his very own in-house Caliber 28 movement. With his new watch designed and almost entirely built in-house, this was philosophically (and practically) an emancipating step for one of the most independent of independent watchmakers. The movement, however, was not chronometer graded. This is incredibly hard to achieve, both economically and materially, and ultimately not why many collectors covet watches produced by the Finnish, master watchmaker. In effect, a necessary compromise on the path to true independence. 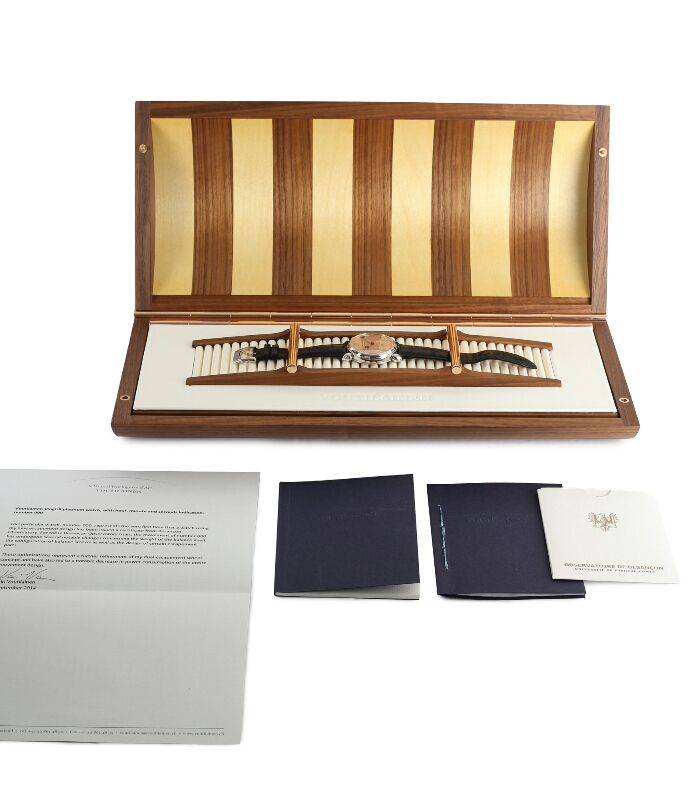 And so, it appeared, ended the story. Except, well, not quite…

Known only to a very small number of people, one Voutilainen VINGT-8 did actually pass the test and become chronometer-graded. A prototype, rebuilt several times and highly modified, this is the only Voutilainen of its kind in existence, to my knowledge. In some ways, it’s almost the “missing link” between the Observatoire and the VINGT-8. In Kari’s own words at the time “this particular watch, number 000, represent[ed] the very first time that a watch using my new escapement design [had been] issued a certificate from Besançon Observatory.” 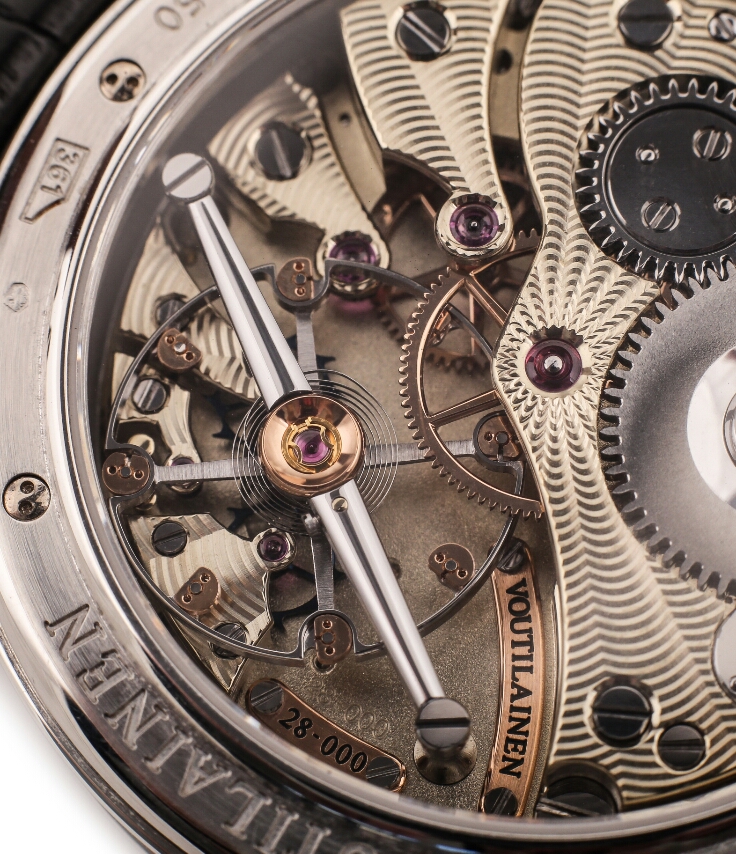 To achieve this, Kari stated that the movement underwent “several notable changes concerning the weight of the balance itself, the configuration of balance screws, as well as the design of certain escapement parts.” He also said, “these optimisations represent a further refinement of my dual-escapement wheel concept and have also led to a notable decrease in power consumption of the entire movement design.”

Cased in a 39mm platinum case with a champagne dial, this was already a fantastic watch, but with a one-of-a-kind, upgraded, prototype movement, holding this watch reminds me of that feeling I experienced holding the first Observatoire. Watch Xchange is proud to offer this one of a kind piece for £70,000. watchxchange.london