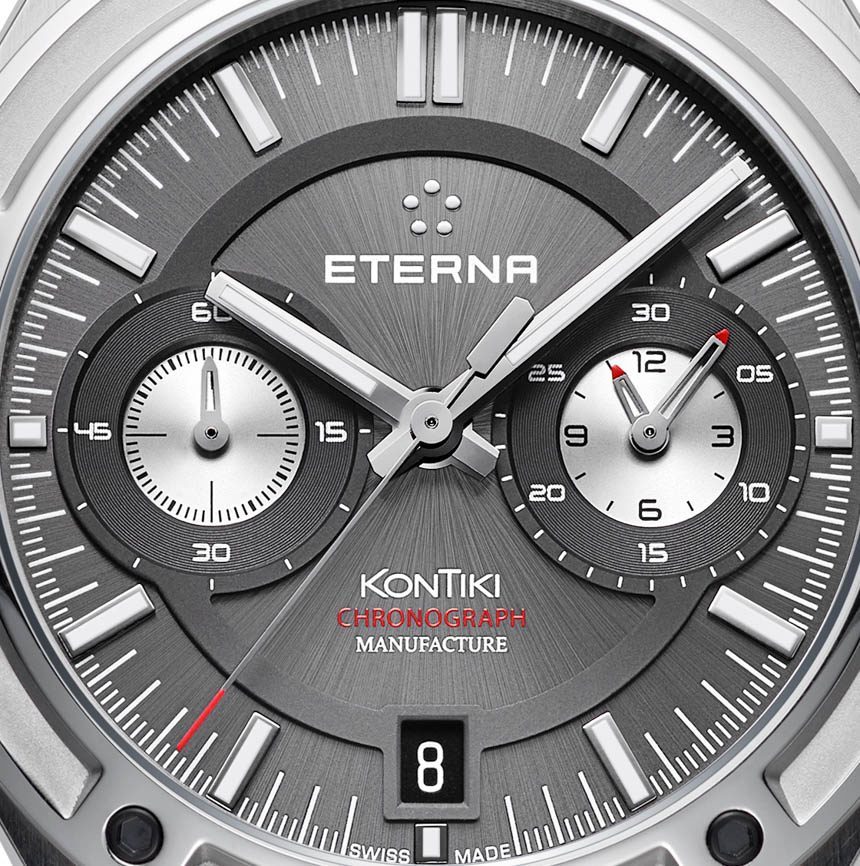 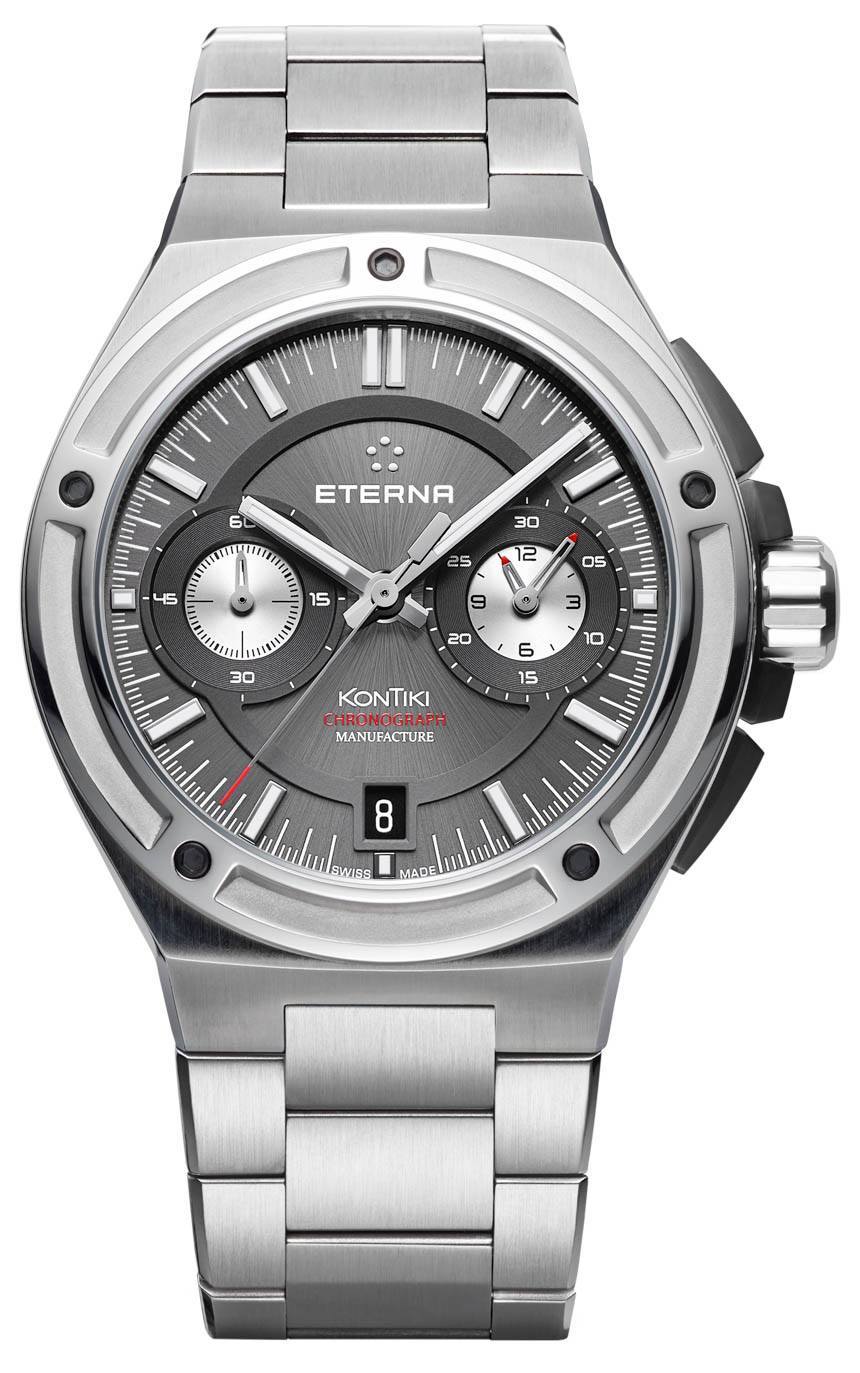 For 2016, Eterna will release what will perhaps be the nicest version of the “new” Royal KonTiki yet – with these Eterna Royal KonTiki Chronograph watches. All Eterna Royal KonTiki watches currently use forms of Eterna’s very nice in-house made Caliber 39 (which our David Bredan thoroughly detailed here). Eterna boasted that the Caliber 39 was designed with over 80 different potential layouts in mind, and this chronograph dial is just one of them. 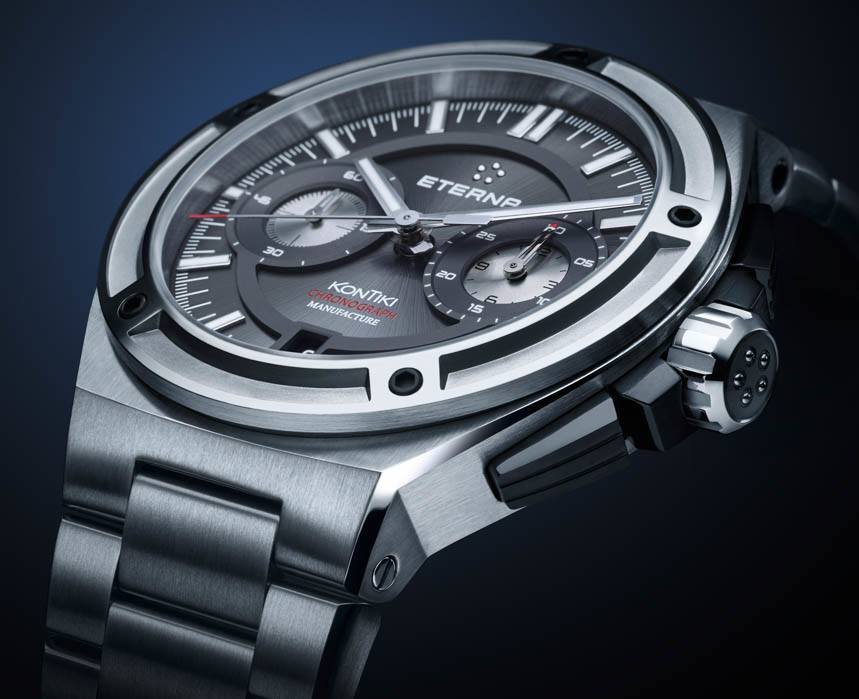 Whether or not you like the design, I should mention once again that case finishing as well as fit and finish for Eterna Royal KonTiki watches are very impressive. Not only is the 42.55mm-wide case and matching bracelet or rubber strap very comfortable, but it also has wonderful polishing and surfacing. The case has some interesting details which are difficult to detect such as the PVD coated black bezel screws, as well as the PVD black crown and crown guard. The also black chronograph pushers are apparently coated in black rubber too. 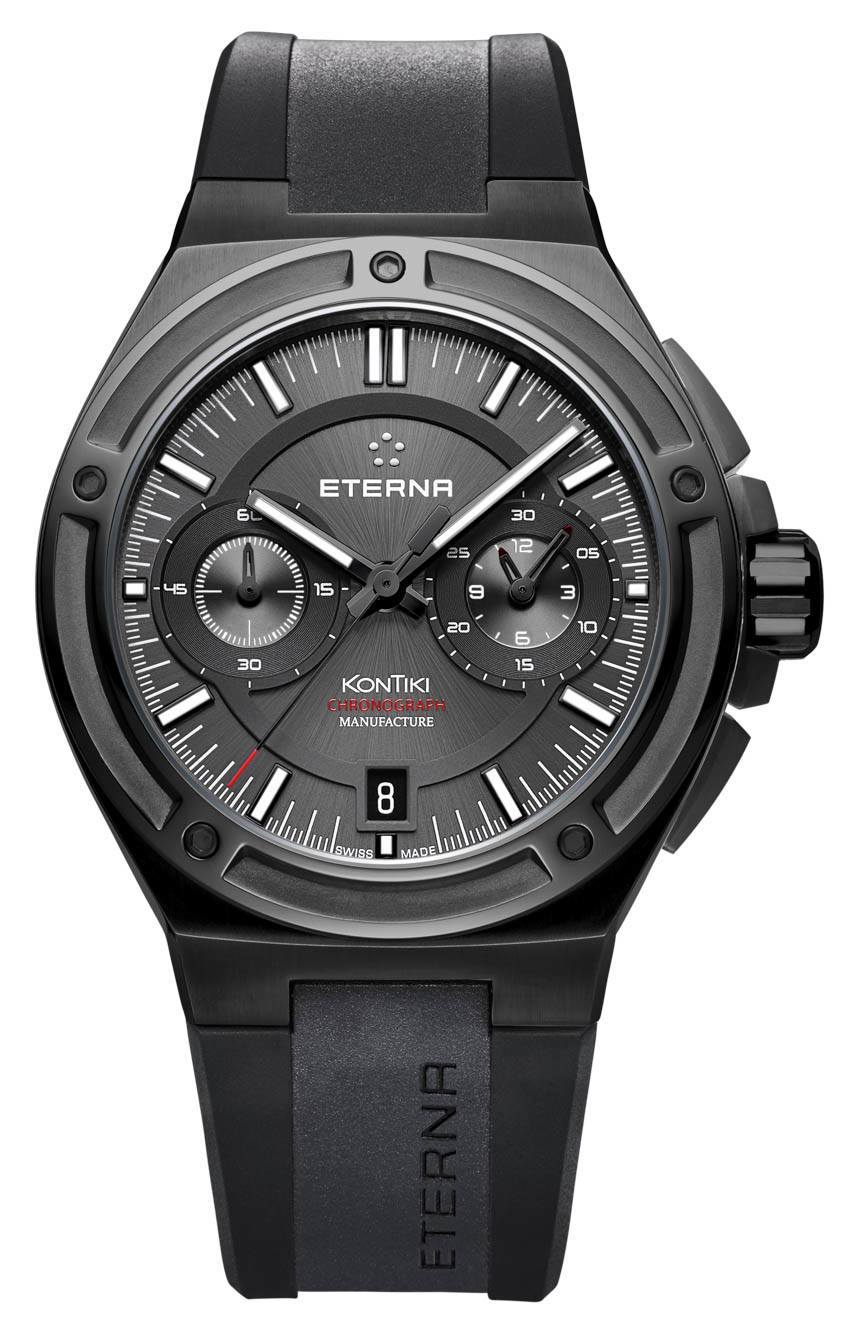 The Eterna Royal KonTiki case is water resistant to 200 meters but isn’t very thick, and I think, as modern high-end sport watches go, it is an ideal timepiece – especially for those who like historic, albeit more “marketing-quiet” luxury watch brands. I appreciate that legibility on the dial has been further emphasized by reducing things that get in the way of the hands, and compared to the other two Royal KonTiki watches, Eterna seems to have given the Eterna Royal KonTiki Chronograph a bit more “white space” on the dial, and that is something I appreciate. Look at the hour makers and hands: they are all covered in what appears to be ample luminant.

Inside the Eterna Royal KonTiki Chronograph is the in-house made Eterna Caliber 3916A. This is basically a slightly more simple version of the Caliber 3927A which is found in the Eterna Royal KonTiki Chronograph GMT. For the 3916A, Eterna removed the lower GMT dial for the second time zone, and moved the date window to the 6 o’clock location. You still have a full 12-hour chronograph with a layout very similar to that of the Omega caliber 9300 – so I would say that this is Eterna’s natural competitor to those high-end in-house chronograph movements made by Omega. 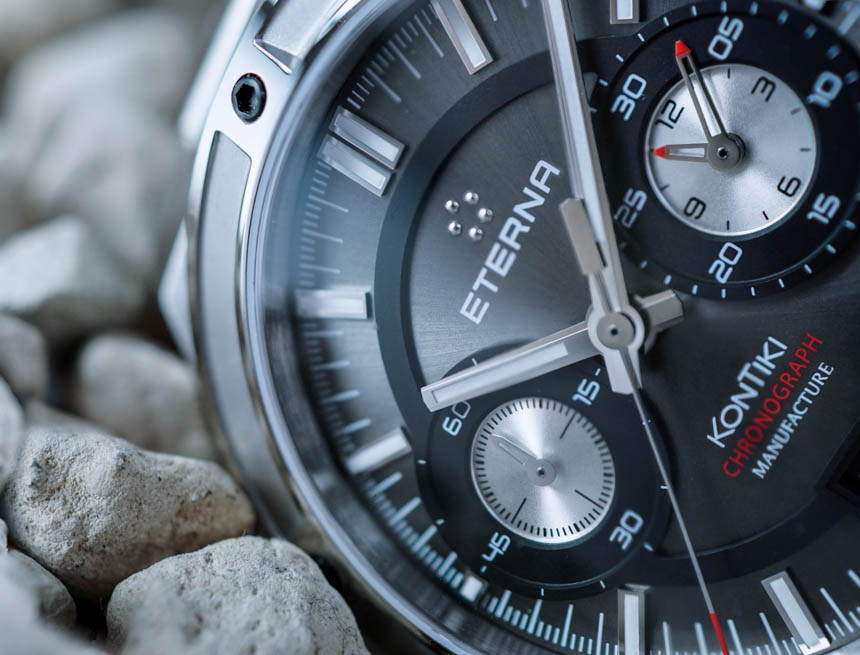 Additional details about the Caliber 3916A are that it is, of course, an automatic, and it operates at 4Hz with a power reserve of 65 hours. Eterna also claims “chronometer accuracy.” Moreover, the chronograph (which uses two hands in the right subdial to measure elapsed minutes and hours) has a flyback mechanism. Being quite taken with the Eterna Royal KonTiki Chronograph watches, I look forward to checking them out hands-on.