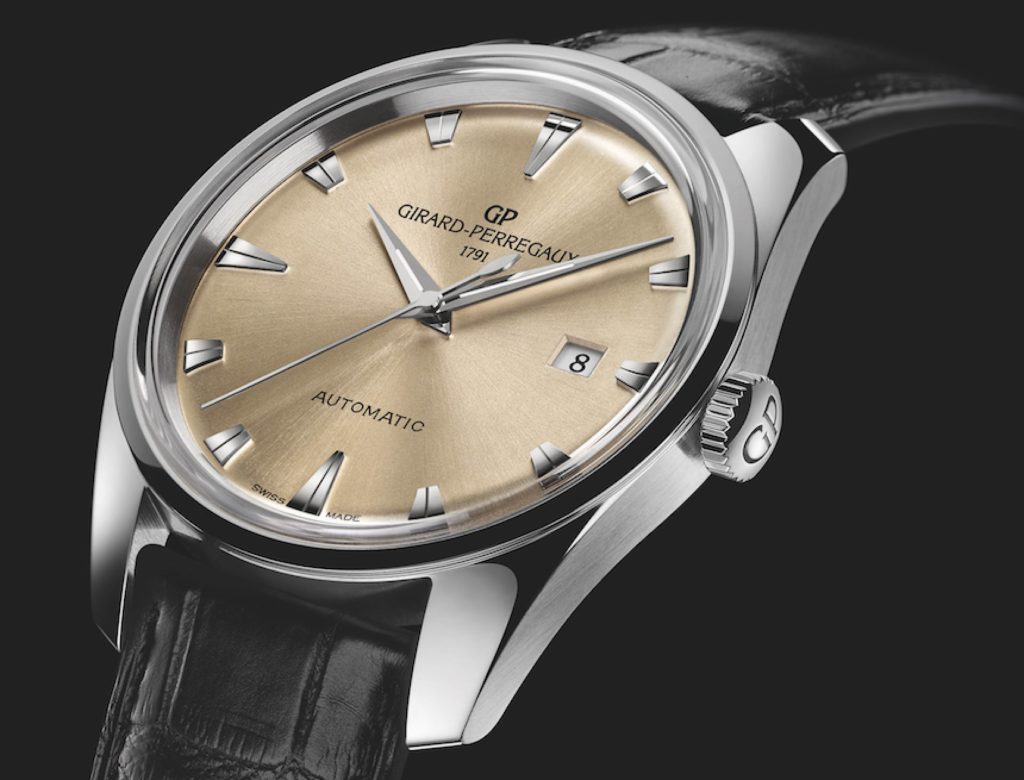 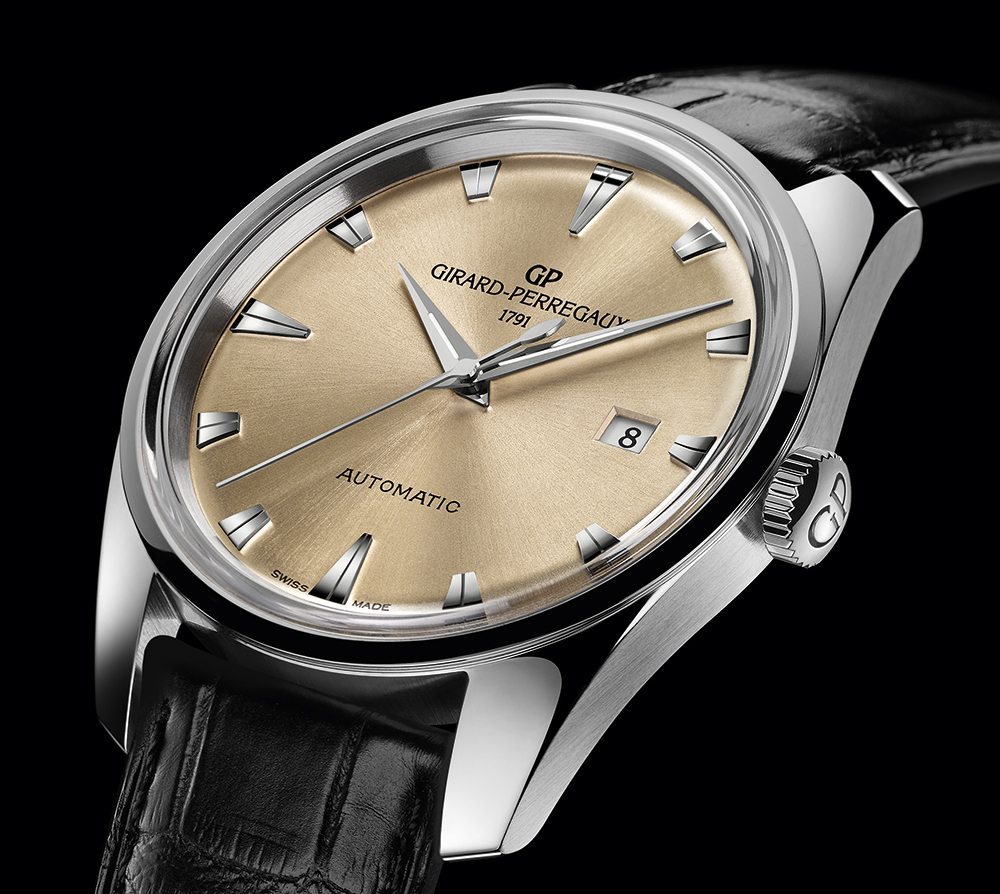 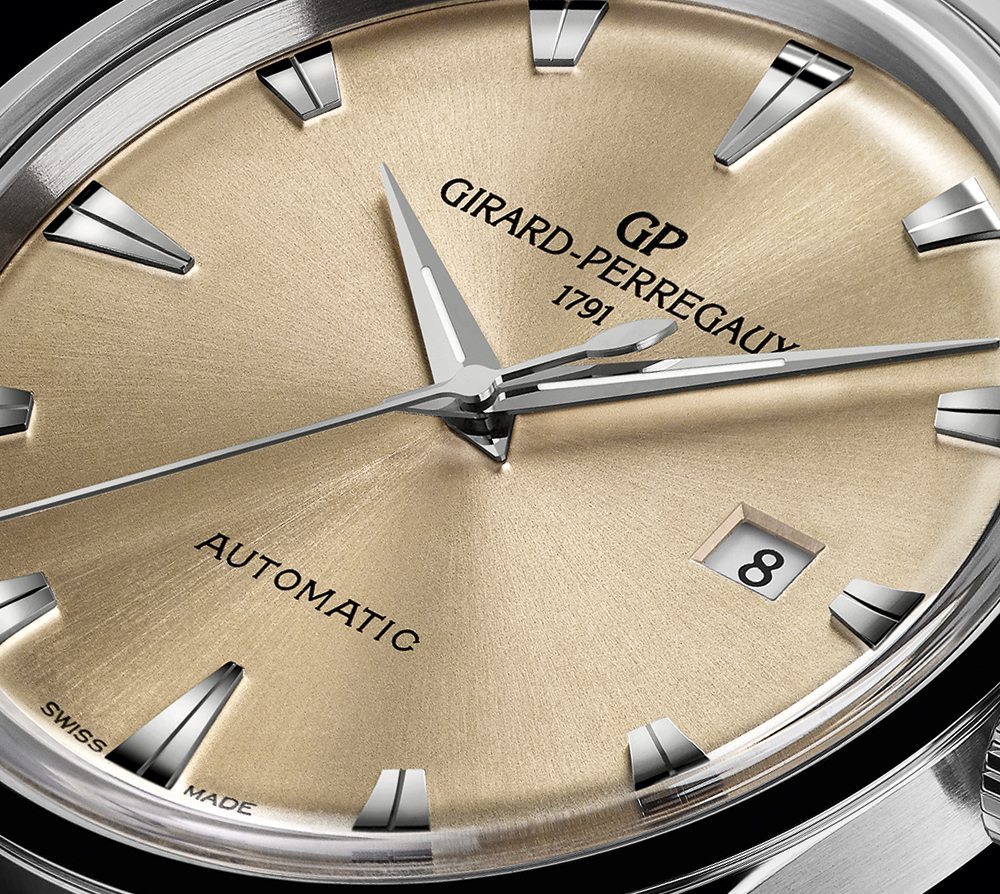 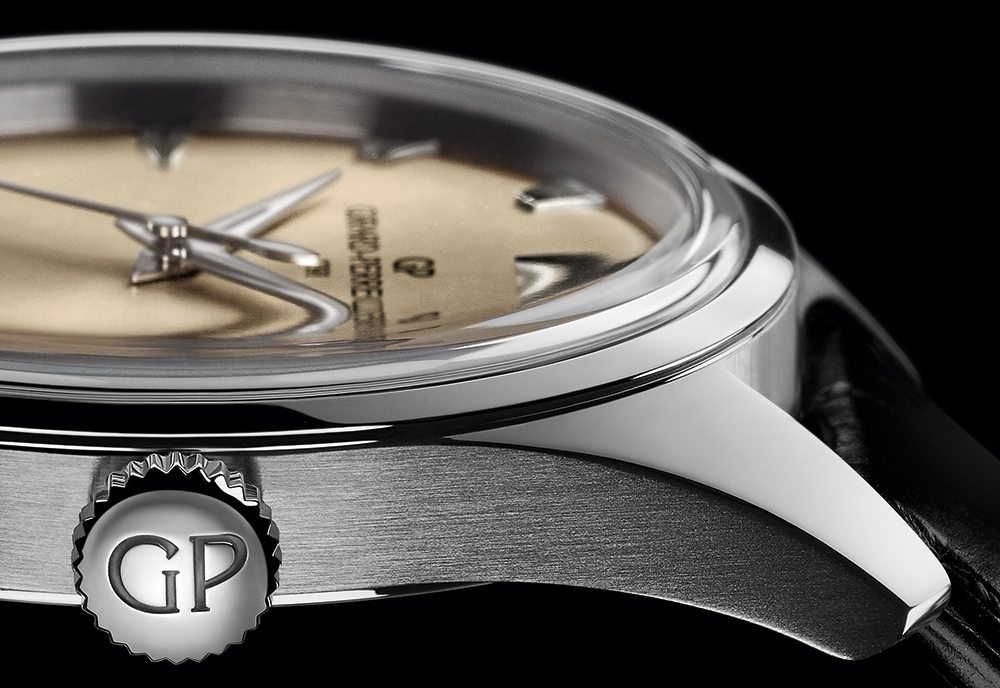 Girard-Perregaux’s Gyromatic system substituted roller-equipped unidirectional clutches for ratchet wheels, the brand explains. The point was to reduce idle travel of the oscillating weight and thereby increase efficiency. The 2016 model is called the “1957” because that was the year that the technology was first used in a movement, even though the design is based on a stylistic cues from 1960s Gyromatic watches – talk about a confusing choice of product names. Add to that the lack of self-restraint, testified to by the logo that prominently features 1791, the year to which the company traces its roots and you start to feel bad for the 19th century not getting a mention. 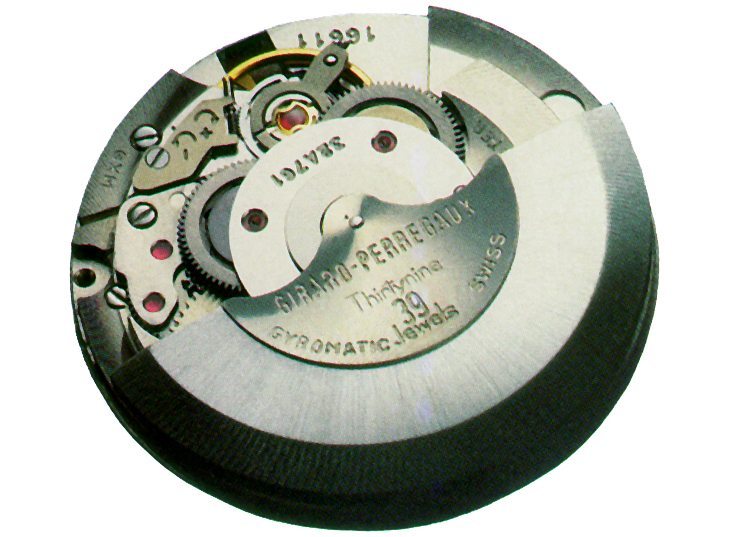 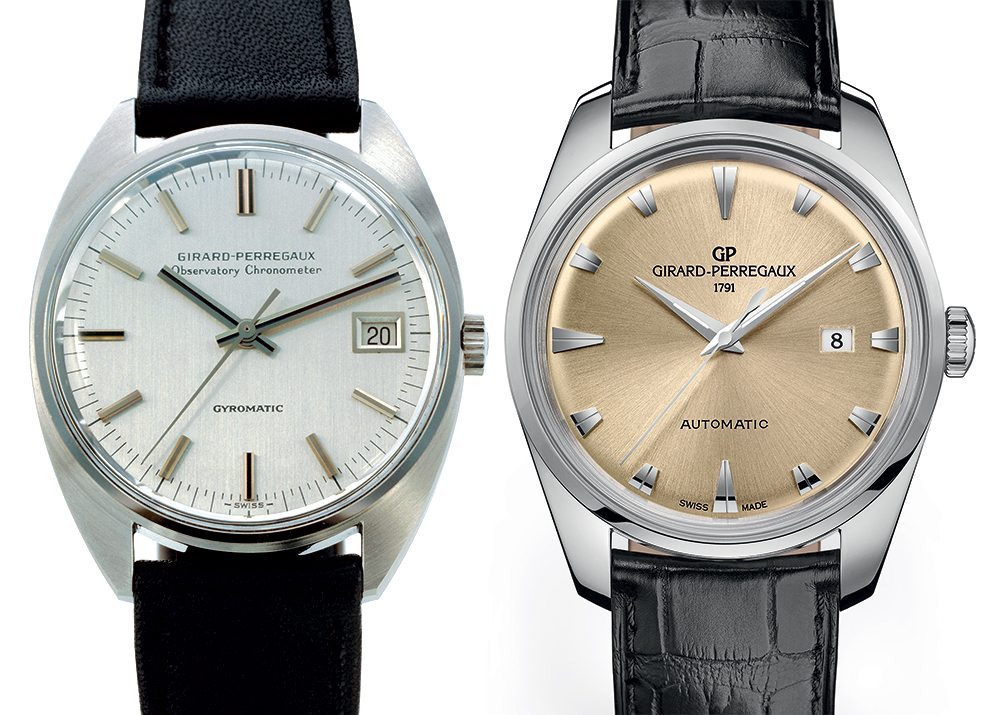 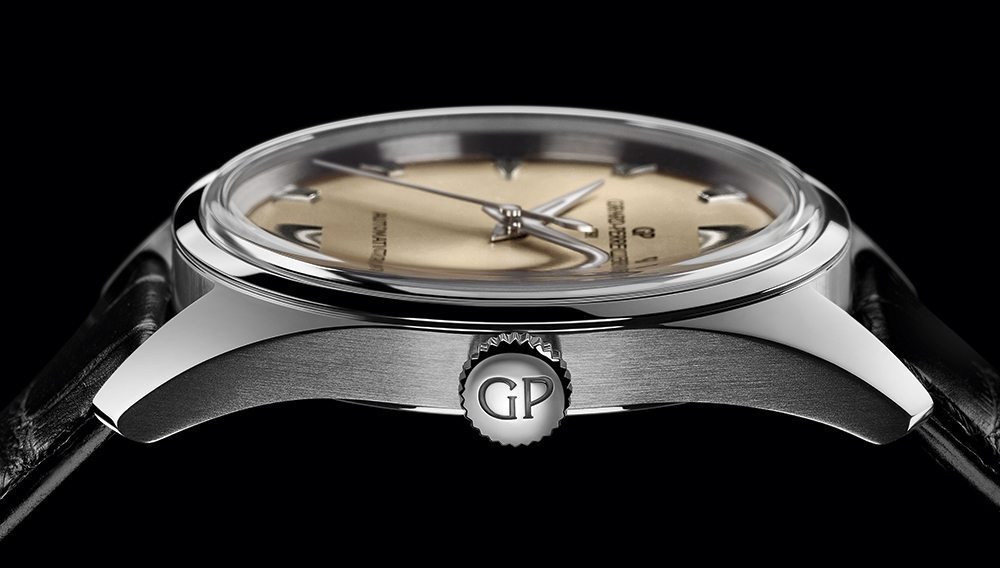 The movement inside the Girard-Perregaux 1957 Gyromatic is the in-house GP03300-0130 automatic movement that is on display through the sapphire crystal caseback. Made up of 218 parts the movement beats at a standard 4Hz with 46 hours of power reserve. While a simple movement and not elaborately decorated or skeletonized, the finishing itself is sure to be nicely done, featuring Geneva stripes and circular graining on the main plate and rotor. The brand brought back another model from around the same era this year with the Girard-Perregaux Laureato (hands-on here) that used a very similar GP03300-family movement. As in that watch, the Girard-Perregaux 1957 Gyromatic’s GP03300-0130 features three-hand time-telling and the date. 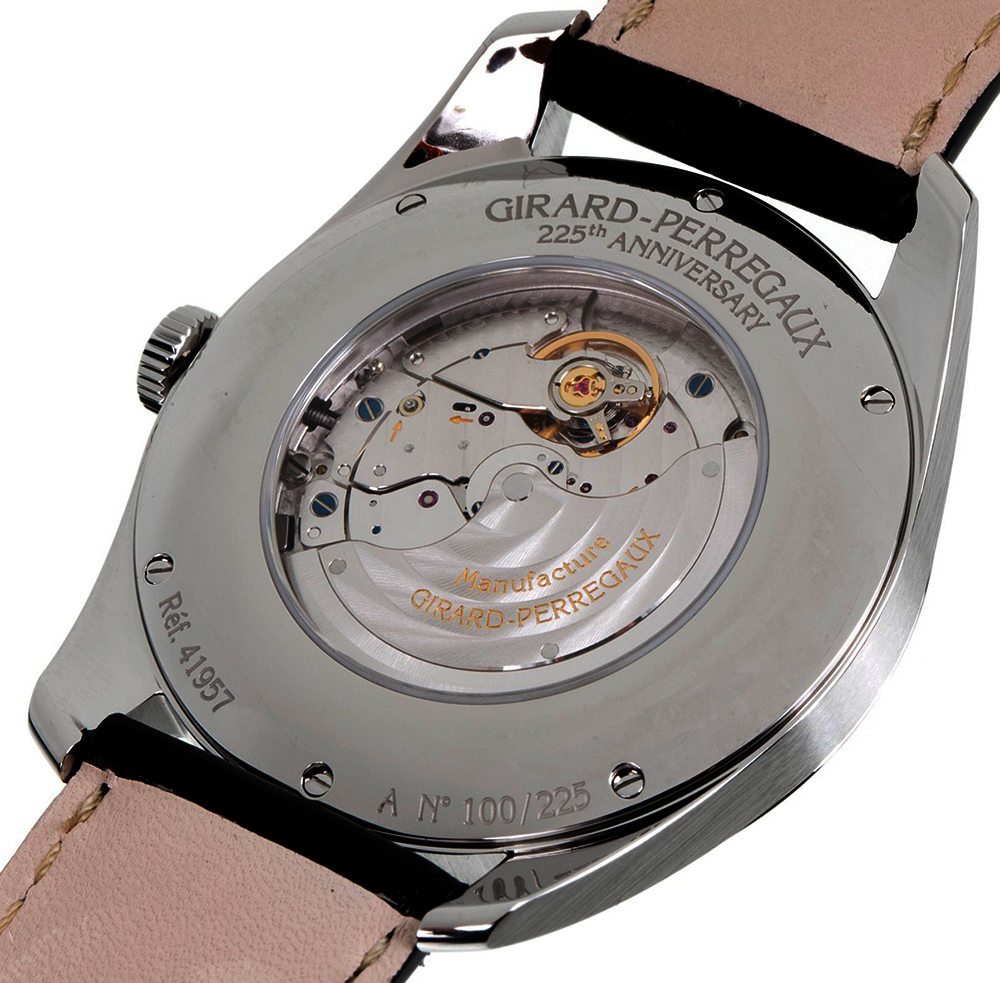 Confession: the blue-dial version of the Girard-Perregaux Laureato from earlier this year just happened to be the one that made me snap and write an entire article on date windows. The three-hand layout here, with a basic black-on-white date wheel at 3 o’clock is so familiar and its presentation so common, that I am left wanting somehow a little bit more from a watch as expensive as this. That noted, the all-around quality of execution, finishing, and textures really do hit a sweet nostalgic note for me personally (even though I wasn’t alive back then – too much Mad Men, perhaps).

The raised crystal in the style of plexiglass crystals from that era looks great, and it’s even better that it is actually sapphire. The indices and handset are a slam dunk. The gold dial’s contrast with the silver of everything else lends the piece a two-tone look. A lot of people object to two-tone – but for me, it can be as retro-charming as other reissue and vintage-inspired pieces that I also enjoy. The black alligator strap is a safe, but solid choice that emphasizes its simplicity. 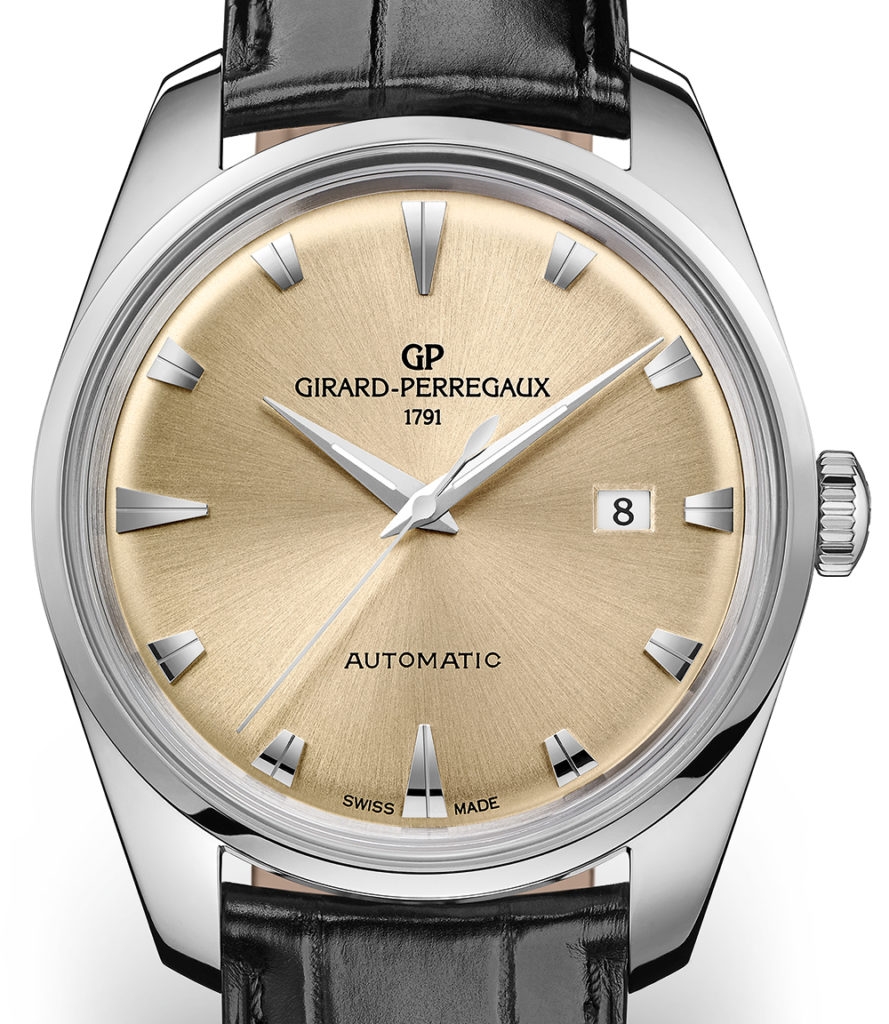 I don’t feel shy saying that I am a big fan of Girard-Perregaux, but often left a bit despondent when faced with their prices. Forgetting about the US$10,300 price of the Girard-Perregaux 1957 Gyromatic, it is an absolutely beautiful piece, but it seems like it could have been even more competitive in the $5-7k segment. girard-perregaux.com