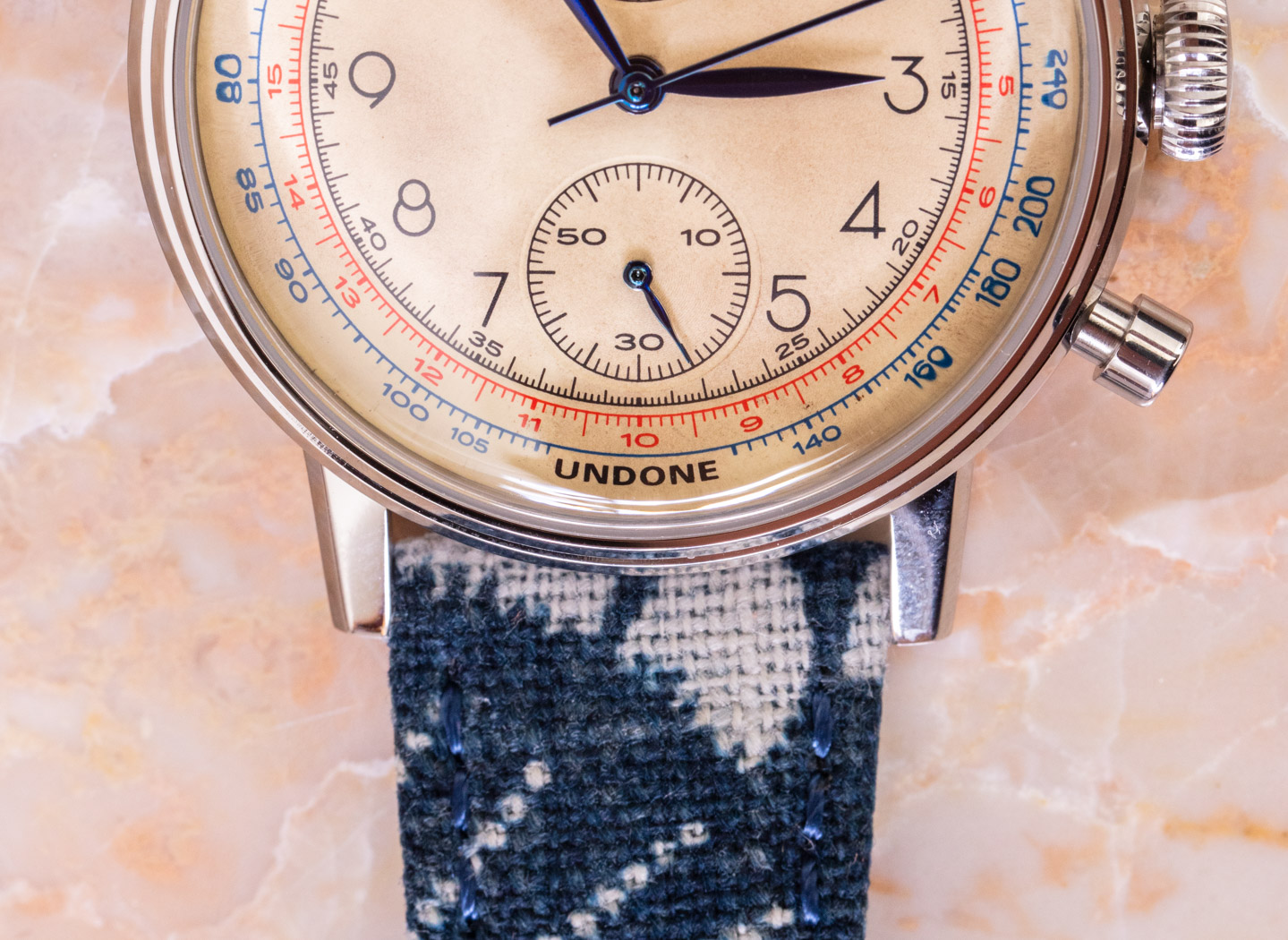 In 2017, Hong Kong-based watchmaker UNDONE launched with a product collection called the Urban Chronograph (aBlogtoWatch review here), with the Vintage Killy being the debut product. After unprecedented growth and a truly prolific catalog of timepieces, UNDONE continues to sell its original Vintage Killy watch — which remains one of the brand’s most coveted entry-level models, with a price of $269 USD. It was the brainchild of UNDONE co-founder Michael Young, who we hear from in an interview below.

Since launching the Urban Vintage Killy, UNDONE has expanded the Killy collection to include both a women’s model (UNDONE Urban 34 Killy at $199 USD) and more recently the limited-release UNDONE Vintage Killy: The Designer’s Draft Edition. Each of these pieces is pictured in this article of the Vintage Killy collection you see today. The Designer’s Draft Edition is a particularly interesting timepiece given its affordable price — if anything because each is hand-patinaed (artistically crafted to give the timepiece an aged appearance) by UNDONE founder and lead watchmaker Michael Young himself. 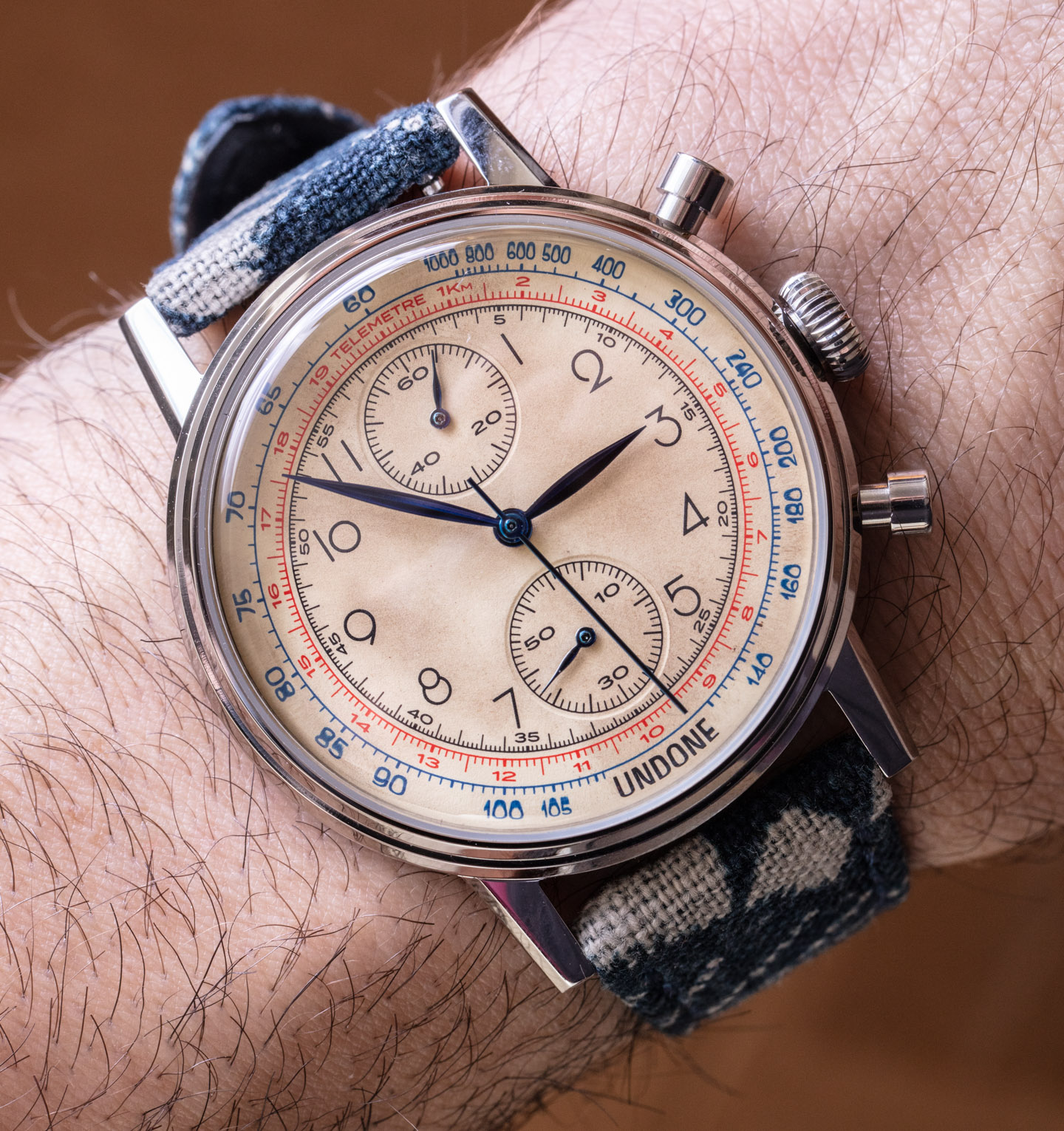 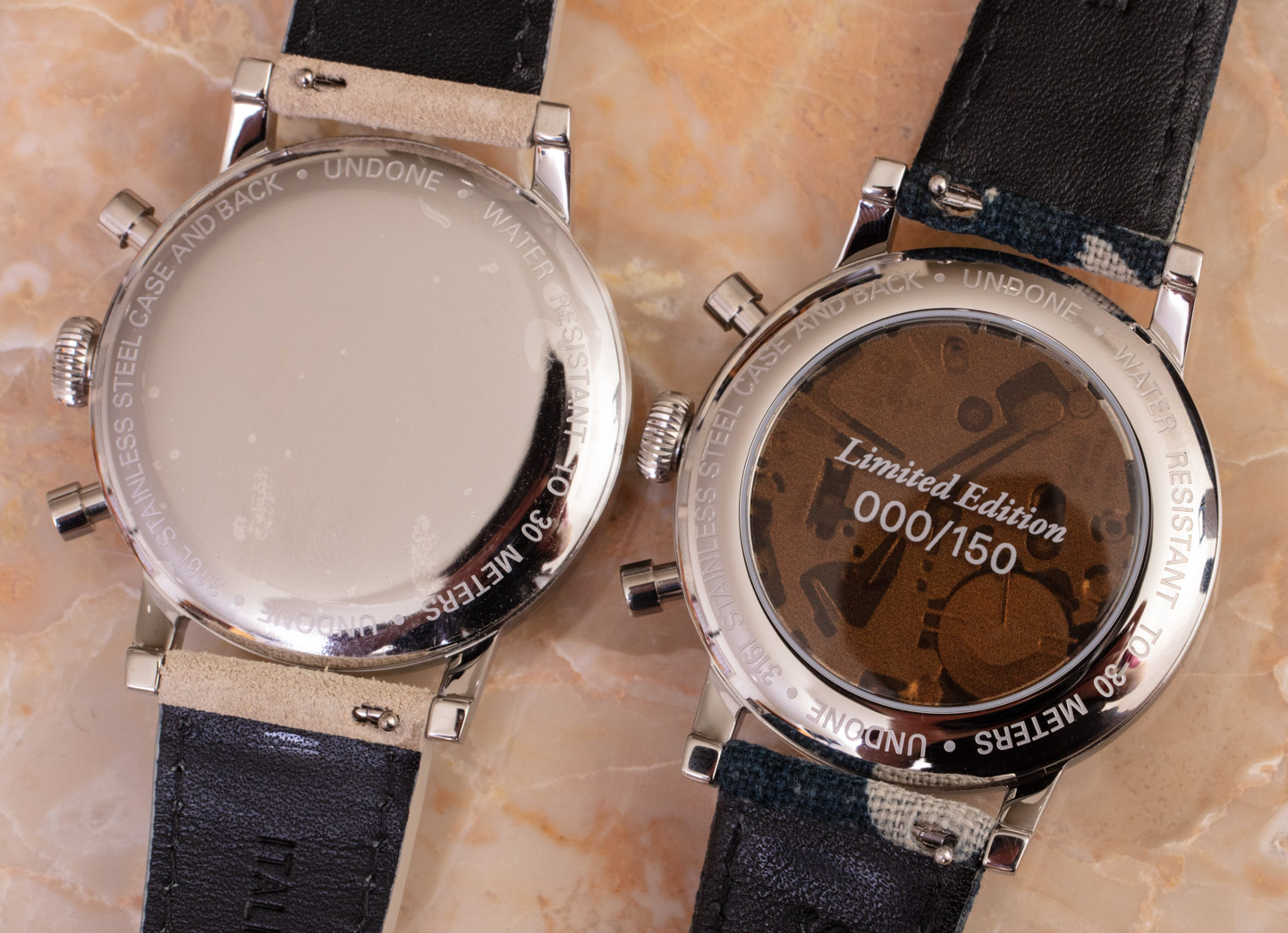 The Vintage Killy: The Designer’s Draft Edition also happens to come on an interesting strap made from 150-year-old blue and white Japanese Katazome fabric. It is intended to play well with the blue tone of the hands on the dial of the watch.

Comparing the original (and still-produced and -sold) Urban Vintage Killy with the Vintage Killy, The Designer’s Draft Edition reveals two very different personalities within the same watch. As Michael Young puts it, The Designer’s Draft Edition was originally intended for a small group of collectors, with the UNDONE team pushing for the pieces to form a proper limited edition.

At 40mm-wide in a vintage-style polished steel case with dial inspired by mid-20th century sports watches, the Vintage Killy is a proper blend of classic and active design elements, with a fashionable aesthetic that has proven popular on a large spectrum of wrists and lifestyles. The Vintage Killy family has no end in sight. Let’s hear from UNDONE’s Michael Young about the overall product family, as well as the Vintage Killy: The Designer’s Draft Edition (limited to 150 pieces with a retail price of $395 USD).

aBlogtoWatch: UNDONE launched with the Urban Vintage Killy watch. Tell me a bit about the genesis of the product design and what UNDONE was trying to accomplish with it.

Michael Young: Our Killy is now really becoming our iconic look for the brand.  This particular launch is not so much a commercial launch of a new product, but rather a special version of a brand classic.  I have been asked so many times, either by friends or simply by customers and partners, “What are you wearing today, or what’s your favorite Undone watch?” The Designer’s Draft Edition represents that: a Vintage Killy made for me.  What we are launching here really is the version of the Killy that I tweaked with the standard version, and has been a regular daily wear.

As many in the watch community may know, I collect a lot of vintage watches, and one thing very important to me is the patina on the watch dial.  Some may say that the standard Killy is already a creamy-colored dial that resembles the vintage chronographs of the ’60s.  But honestly, that’s not enough for me, and that’s why I laid my hands on the dial to further age the color with uneven patina to really make it look “authentic.”  In my other vintage watch repair business, a lot of Rolex owners send me their dials to be patinaed, and I have applied the same technique to this dial. 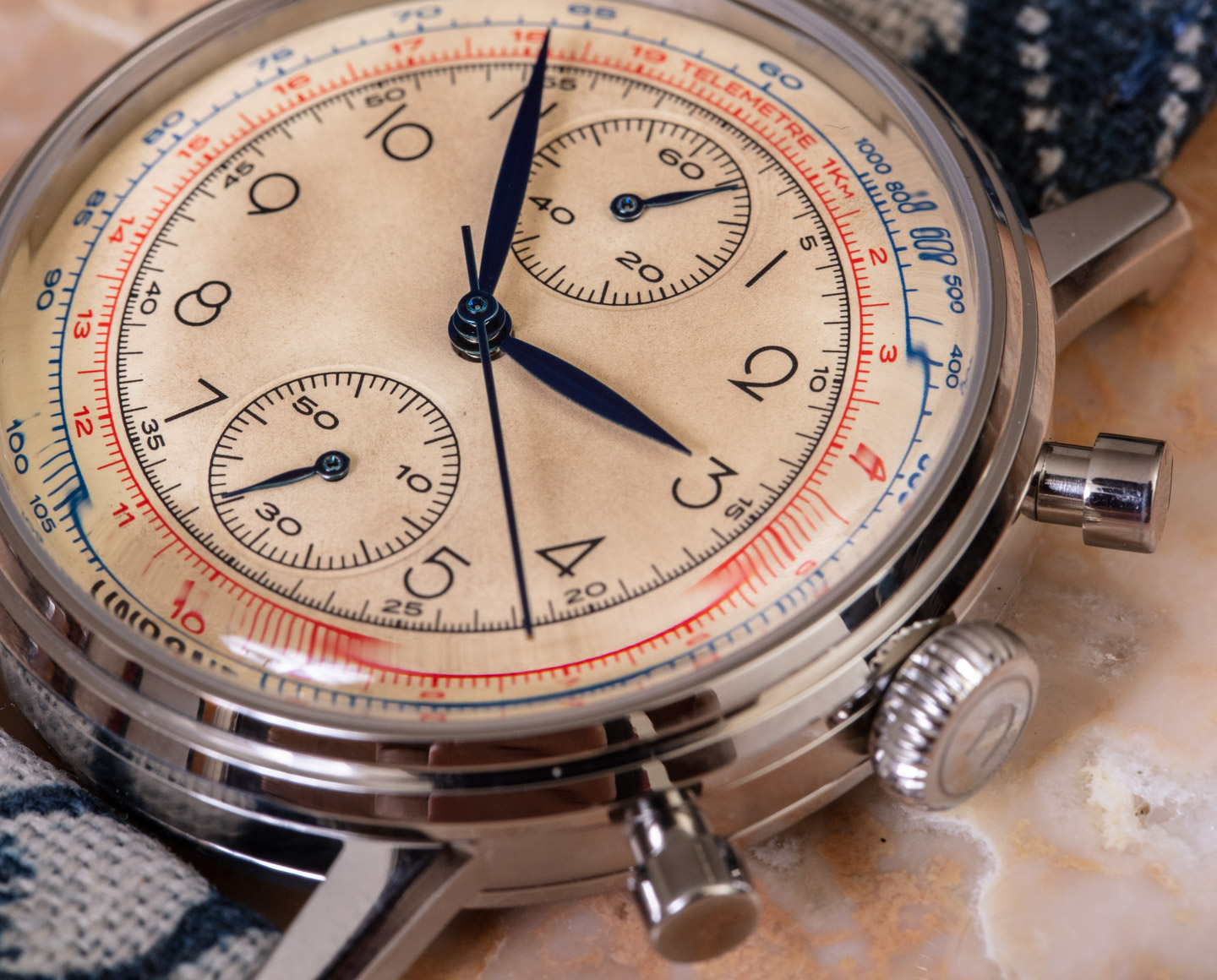 aBlogtoWatch: Did UNDONE indeed accomplish what it was attempting to do with the Urban Vintage Killy? What do you remember thinking in the first few months after launch?

Michael Young: Honestly, this special Killy is not the only dial in the Urban Vintage range that we are launching at this moment. That said, at the last moment of launch, we selected this particular dial to be the champion product in order to promote the Urban Killy again, not knowing how people might react to it. Thankfully, the response has been positive, but we felt that it would be a close call. If a watch company can really say that they can really spot a winner, they must be lying. Sometimes, when we have absolute confidence in a runaway success, it has turned out just OK. At other times, when we did not plan on something being a big seller, it sold out in no time. That’s an inescapable reality of running a modern watch company. 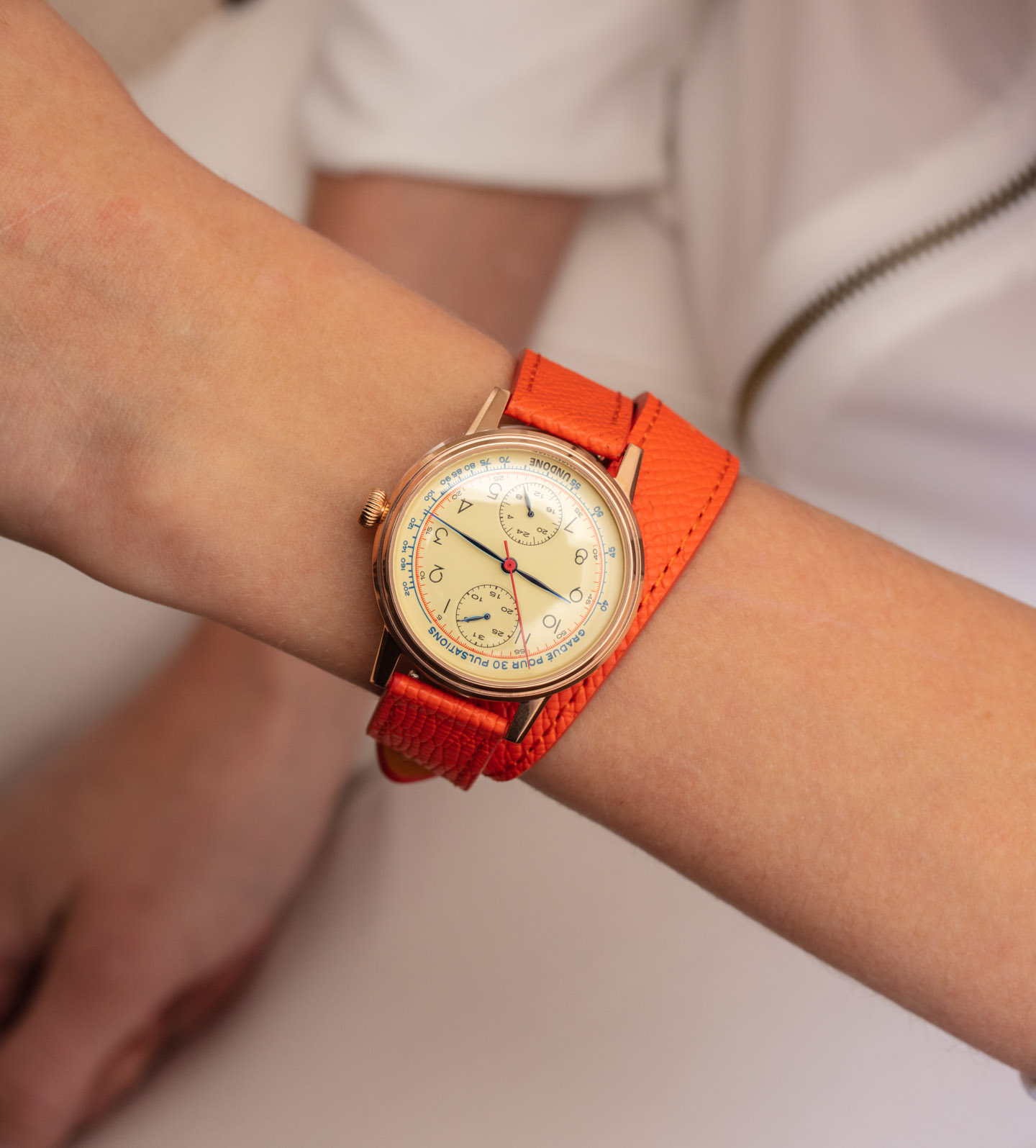 aBlogtoWatch: Since the Vintage Killy was released, UNDONE has been prolific in coming out with both novel designs and upgrading much of the core collection. Little, however, has changed with the Vintage Killy. What made you want to refocus on the collection again?

Michael Young: We like to make variations on the same basic watch case, even though we do so in a way that a lot of people don’t notice. That is because our designs do quite look quite different as a final package. I think the Killy design is ageless and it really more or less is our icon of the brand. I do not intend that we will ever drop production on this item. I think a brand needs some identity, and Killy will be the basic reference point of the brand.

It is really my personal character to mess around with things even if they aren’t broken. For The Designer’s Draft Edition, I just wanted to tweak the Killy that I was wearing and go this extra quarter-mile to make it perfect. I remembered after tweaking the dial and starting to show some of our guys, only a couple of colleagues could tell the difference. They only recognized the strap change, which helped me appreciate that only those with nuanced tastes will really appreciate the dials that I personally hand-patina. 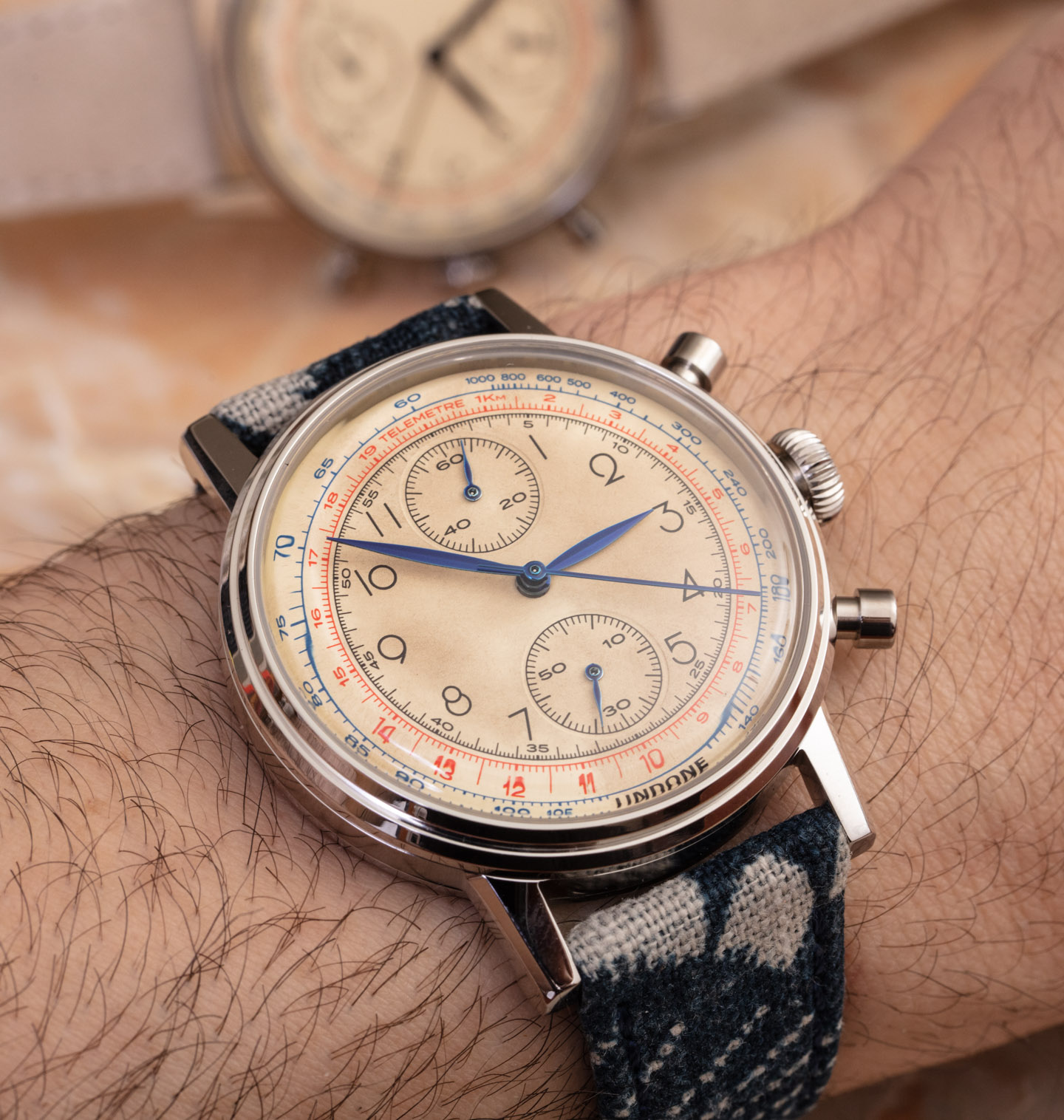 Michael Young: It really was not my intent to sell this version commercially, but simply too many customers are asking me to produce this version so they can have a chance to own and wear it.  It was just by chance that my marketing team overheard this conversation, and they forced me to launch it. We really are not trying to chase for any quantity for this version since I personally have to tweak every dial we are making, so this has to be a limited edition so that I will not set a booby trap for myself to be stuck at the watchmaker’s bench forever, given how long it takes to get each dial done right. 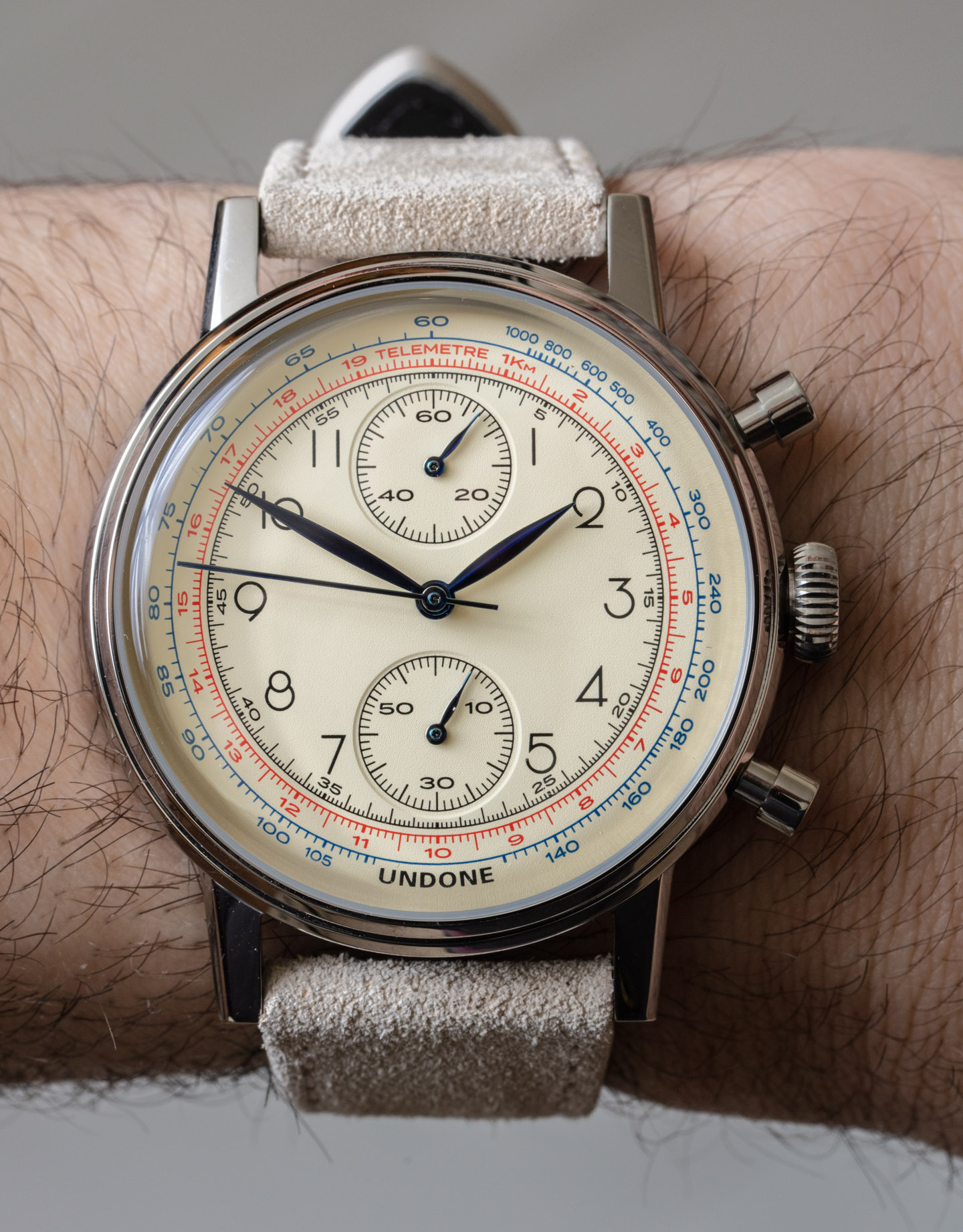 aBlogtoWatch: You have broad expertise in Rolex watch restoration and repair, notably with vintage models. What skills from your many years working on Rolex watches did you apply to the Vintage Killy: The Designer’s Draft Edition?

Michael Young: What is so sexy ( to me, at least) about vintage Rolex watches is the patina on the dial.  Collectors simply do not like to see new-looking dials; they will pay huge money when a black dial turns brown (tropical) or when the when the luminous ages into more of a pumpkin color.

For white-colored dials, they prefer this creamy, uneven “dirty” look to it.  And that’s exactly what I have done to this Killy dial.  If it were a Rolex vintage dial, the price for me to “age” it would be lots more than what we are charging on this complete UNDONE watch, so that is a really good deal for our UNDONE wearers. 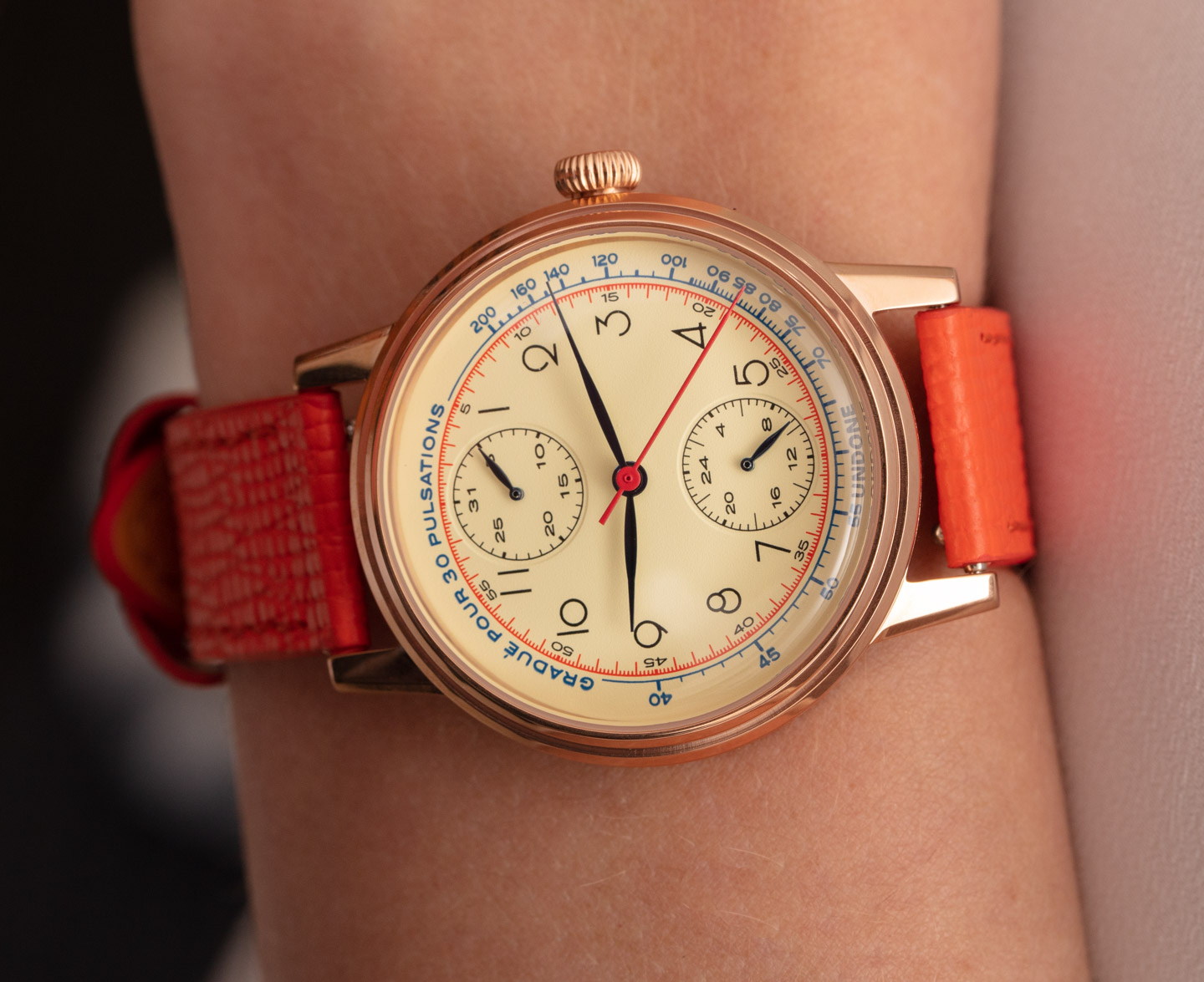 aBlogtoWatch: What do you want any potential fan of the Urban Vintage Killy watches to know or realize about both the core collection and the new limited Designer’s Draft Edition?

Michael Young: I will say that the Urban Killy really will satisfy most of the non-hardcore watch buyers, with its clean lines, retro look, and convenience of a mecha-quartz (hybrid mechanical and quartz) movement, as well as the personalization that can be done on the dial and the choice of a range of leather straps. Honestly, if you cannot find much difference between the 2 versions, just go with the standard edition; there is absolutely nothing wrong with it, and I stand by it.

But if you are more serious into watches you will click with me on the Designers Draft Edition. I can’t tell you the feeling, but I guess its like getting a professionally tuned car or a tennis racquet re-strung by a professional stringer. The dial finish just looks “right,” matching with a strap that is made with real vintage Japanese indigo-dyed cloth that really is pre-aged and gives it the right feel.  I probably know how to describe it:  It’s like a pair of well-worn jeans that you just slide into it.

aBlogtoWatch: Looking into the future, what lessons and successes from the Urban Vintage Killy collection (as well as The Designer’s Draft Edition) will likely make it into future UNDONE timepieces?

Michael Young: I have always had one thing in mind when I design a watch: It has to withstand the test of time. Will I feel ashamed of wearing my watch in five years’ time?  Ten? This is my philosophy of value — what we put into the brand is not how cheap or expensive it is priced. If you don’t want to own it after a short while, the value proposition low. We are still carrying the first case designs we ever launched. Now, this is something I learned from Rolex — if you do it right, then it becomes your bestseller.