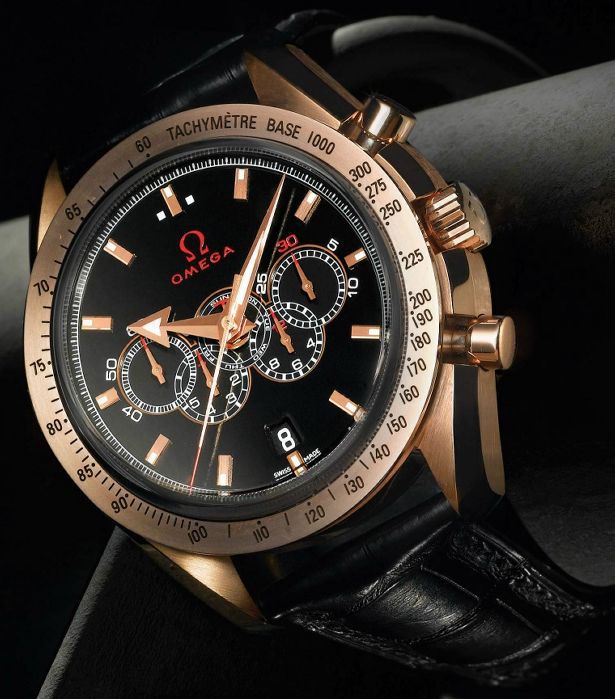 Omega has been in bed with the Olympics committee for a long time, being the “official time keeper” for most of the events. What this basically means is that Omega gets to put their name on the clocks and such that time events. But it is possible that Omega is actually making some of these time keepers, most of which are digital these days and rely on sensors, rather than human hands for operation.

Having said that, the opportunity for Omega to release special Olympics event watches is too tempting to resist, and this time around, they have something really special. Despite the thick layer of controversy which exists atop this year’s Summer Olympics, Omega is able to provide a truly charming timepiece in commemoration of the event. Surely to become a collectors item as the watch so gracefully combines the five ring Olympian logo with chronograph functionality that the Omega Speedmaster is know for. Of course, not settling there, Omega had to fill each ring with a different function. So what did they do to fill the extra two dials, as a standard chronograph only has three? Well they turned one of them into a day of the week indicator, and another into a seven day counter. Meaning this chronograph now measures up to seven days. Pretty nifty. The middle ring that is the day of the week counter used a broad “T” shaped hand to make use of the limited area to display the day of the week.

Styling is conservative, but nice. This is not a “modern” timepiece, but a mere tasteful alteration on a classic theme. Red trim lines the watch, along with the Omega logo, and some of the numbers. A color often used when attempting to represent speed. The case is gold, contrasting well again the gold case and black leather strap. A steel version and metal bracelet are available and the gold versions come in rose or yellow gold. Inside is an Omega Caliber 3888 automatic movement, of course with a co-axial escapement. Power reserve is an impressive 52 hours.

The best part? No cheesy lettering or logos on the face of the watch. The only indicator that this watch represents a tribute to the Olympics is the design of the subdials in the interlocked five ring pattern. Otherwise the watch is understated and tasteful. I personally am not a fan of watch that has too much logo work or unnecessary writing on the face. Leave that type of thing for an engraving on the caseback, if at all. People who wear this watch are going to do so for more than just the Olympics. Let it be a perfect daily wear watch, with a subtle reminder of its purpose. That is the best way to go, and Omega thankfully retained that logic here.