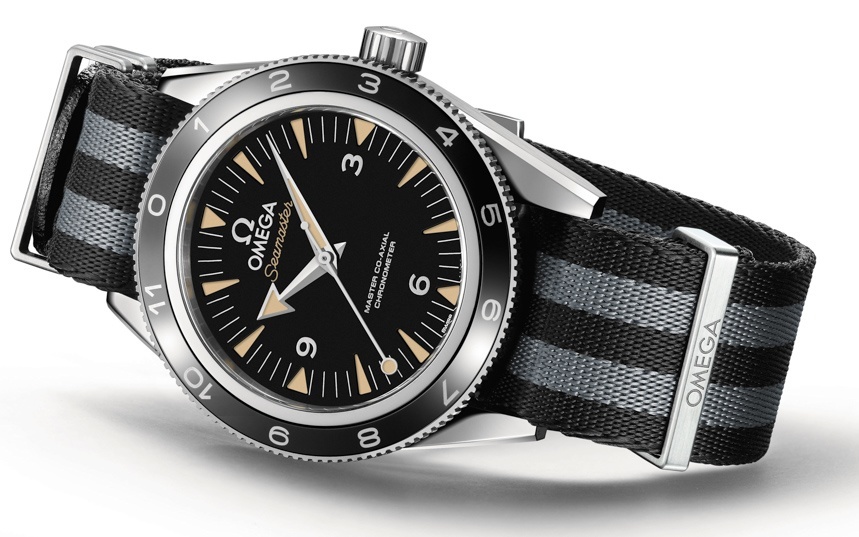 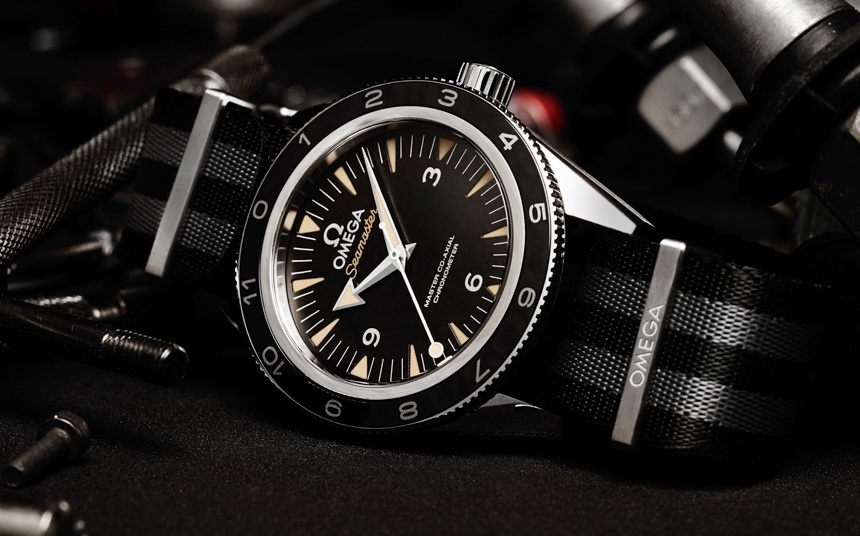 Since the 1995 “GoldenEye” movie, the Omega Seamaster has been James Bond’s watch. Now, with the latest James Bond Spectre movie just around the corner – with a late October premier date – there’s bound to be a new Omega watch to go with it: Enter the Omega Seamaster 300 “Spectre” Limited Edition. Available in a numbered series of 7,007 pieces, this release marks the first tim an Omega Bond watch is made available at the same time as the debut of the movie, so let’s see the finer details of this well-timed limited edition. 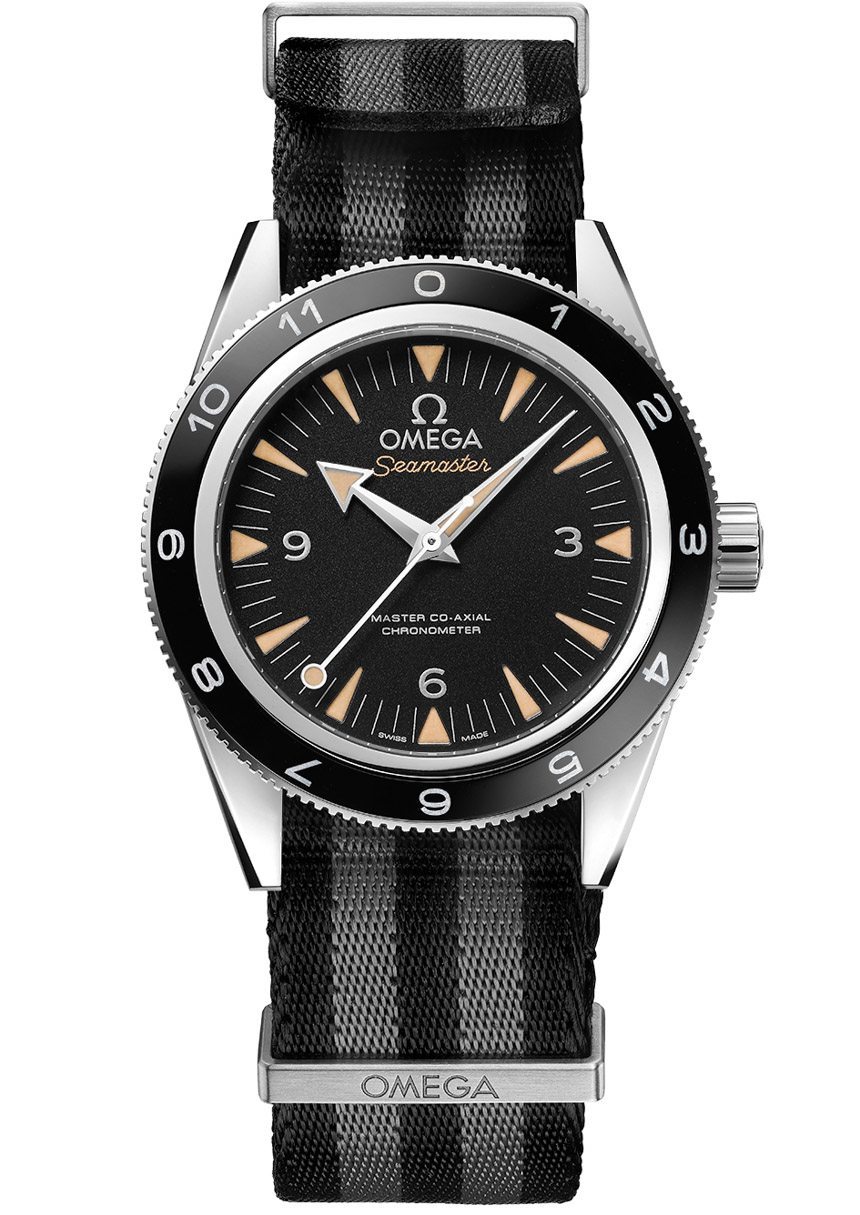 The Omega Seamaster 300 made its debut at BaselWorld 2014, and we (of course) went hands-on with it at the time – read more about it here. This new, historically-themed, yet ultra-modern dive watch collection meant a direct visual emulation of the classic Omega Seamaster 300 watch from the 1950s. However, beyond the historical charm of it all, the Omega Seamaster 300 was and indeed still is among the very first watches from Omega to bear the Master Co-Axial designation, meaning that its in-house Omega Caliber 8400 movement is anti-magnetic up to 15,000 Gauss, thanks to the exclusive use of anti-magnetic materials in the escapement. 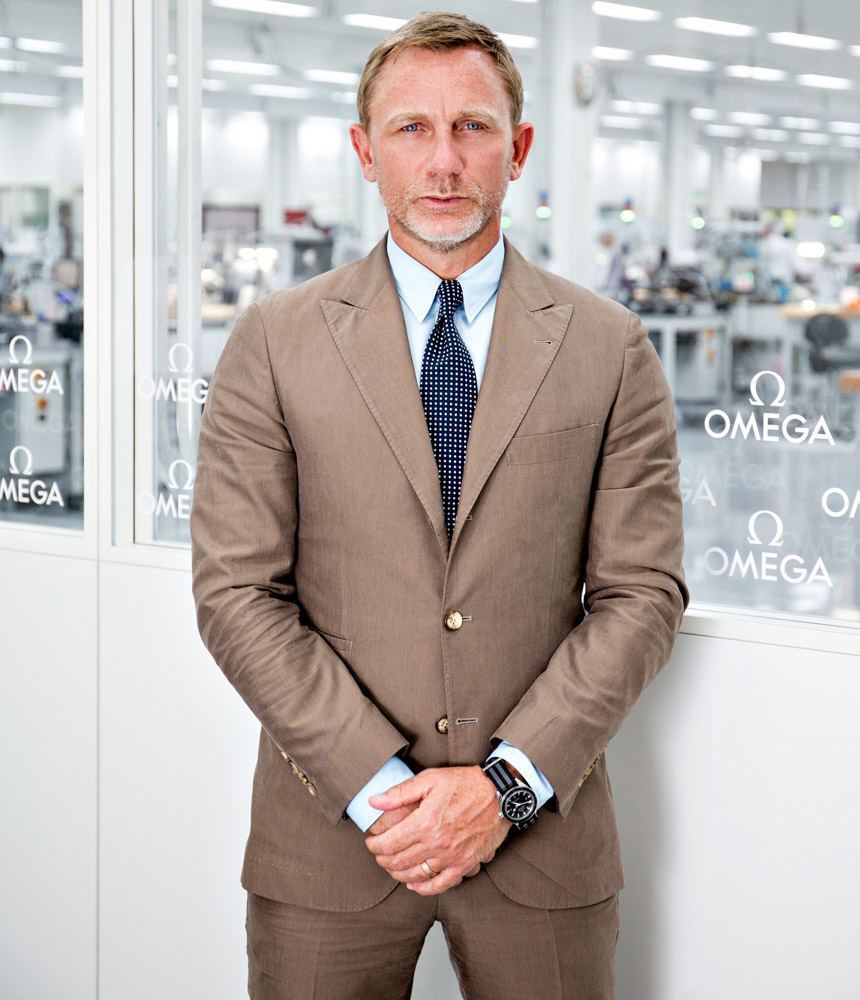 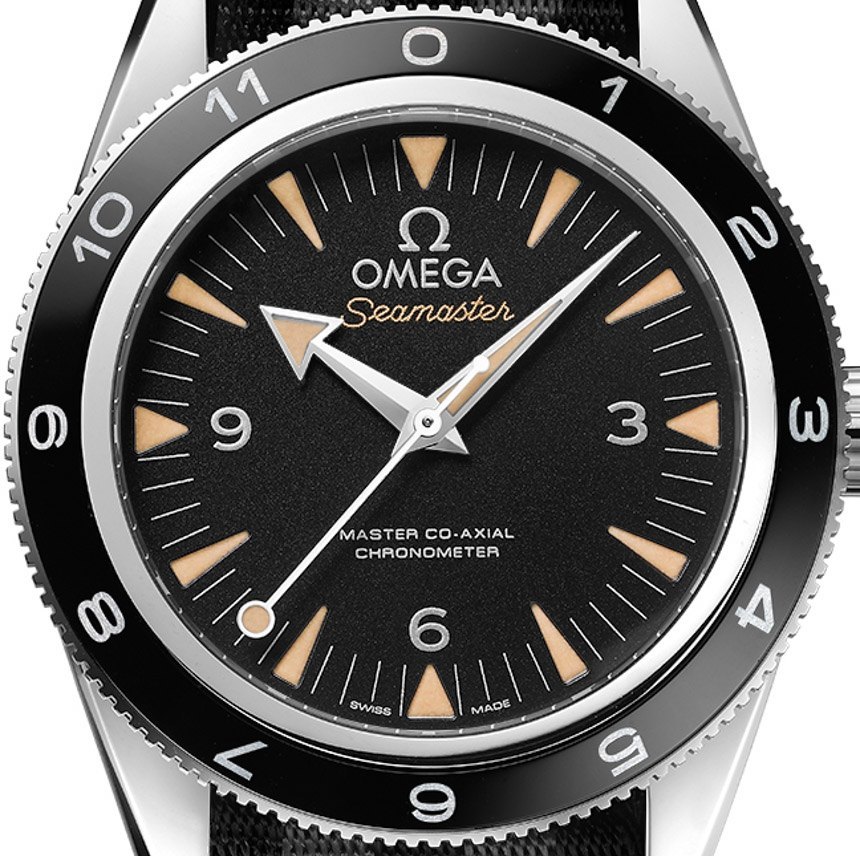 This in addition to the rugged looks and dive watch credentials of the Omega Seamaster 300 rendered it the perfect match for James Bond. Of course, there have been a few notable aesthetic changes that are new for the Omega Seamaster 300 “Spectre” Limited Edition when compared to the original collection from last year. The dial remains much the same, however, the 12 o’clock Arabic numeral index has been replaced with a larger Omega Seamaster logo – it is not unlikely to make it easier to spot when shown in action on the screen.

While the broad arrow hour hand and amply-lumed minute hand remains, new is the “lollipop” seconds hand that ends in a circle and not in an arrow as seen on the original version. The black polished ceramic bezel now rotates bi-directionally, and its LiquidMetal indices run from 0 to 11 – “so that time can be kept with any country in the world” – replacing the traditional uni-directional diving bezel seen in the main collection. 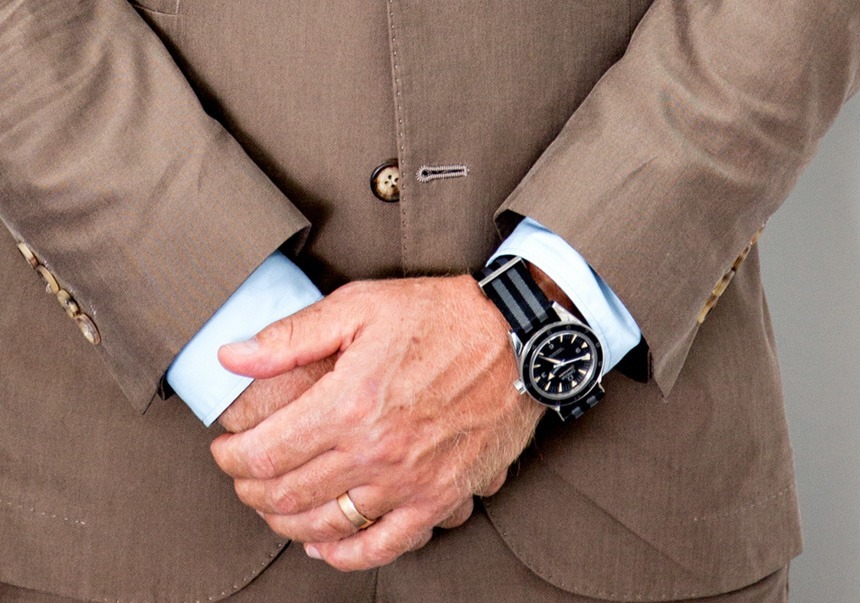 The most notable change, though, will be the 5-stripe black and grey Omega NATO strap, with the 007 gun logo and the Omega logo engraved on the hardware. Each Omega Seamaster 300 “Spectre” Limited Edition watch will have its own unique serial number, again, out of 7,007, engraved on the back along with the James Bond Spectre film logo, celebrating the latest on-screen adventure. Price for the Omega Seamaster 300 “Spectre” Limited Edition is 6,300 Swiss Francs. omegawatches.com