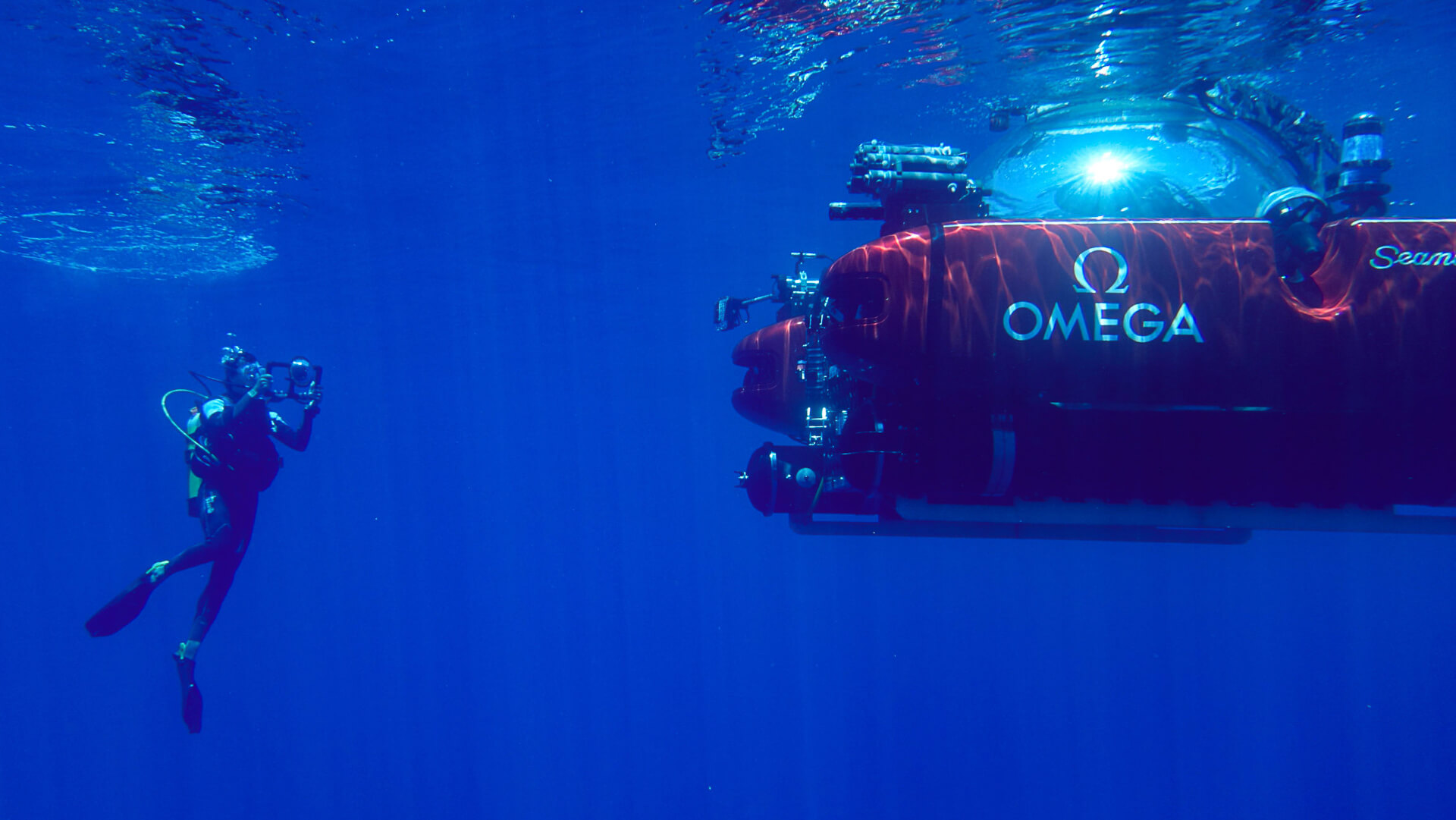 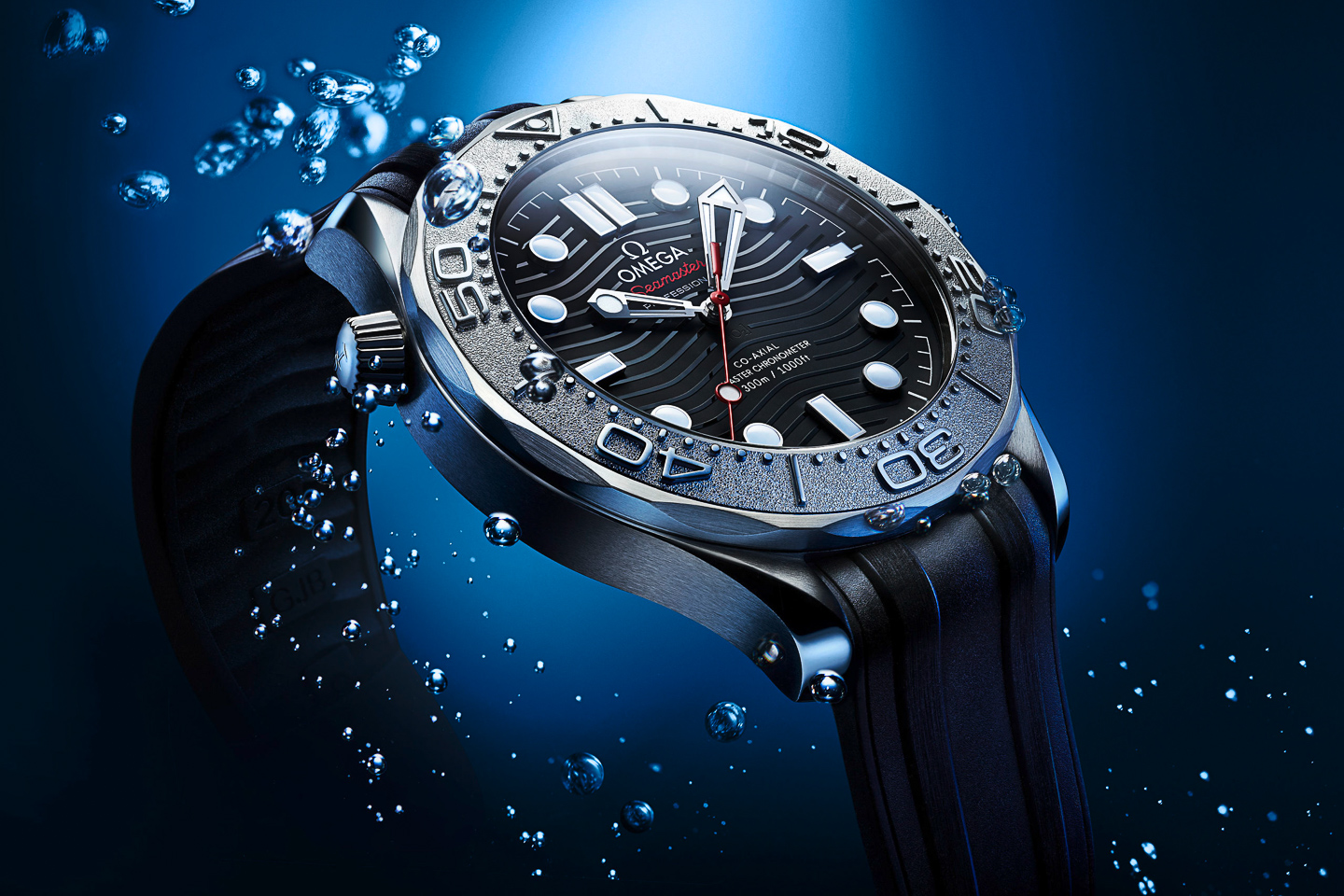 Brave explorers. Meaningful partnerships. Classic, purposeful tool watches with interesting design flourishes. These were the core values that first endeared me to Omega as a brand many years ago, so I’ll be the first to admit it’s pretty cool to see the new Seamaster Diver 300m Nekton Edition adopt a similar nostalgic ethos, despite being quite modern and dripping with all the latest Omega technologies. It’s a return to form of sorts for the Biel manufacture — one that’s practical, charitable, and admittedly much less flashy than last summer’s record-breaking Planet Ocean Ultra Deep, though no less impactful, as the Nekton organization’s mission is to achieve protected status for at least 30% of the world’s oceans by 2030. For context, only 8% of the ocean is in any kind of marine-protected area, which means this is a bold vision but one that benefits directly from Omega’s involvement in the project, providing funding through sales of these Seamaster watches and driving general awareness from its own platform — a noble cause, indeed. 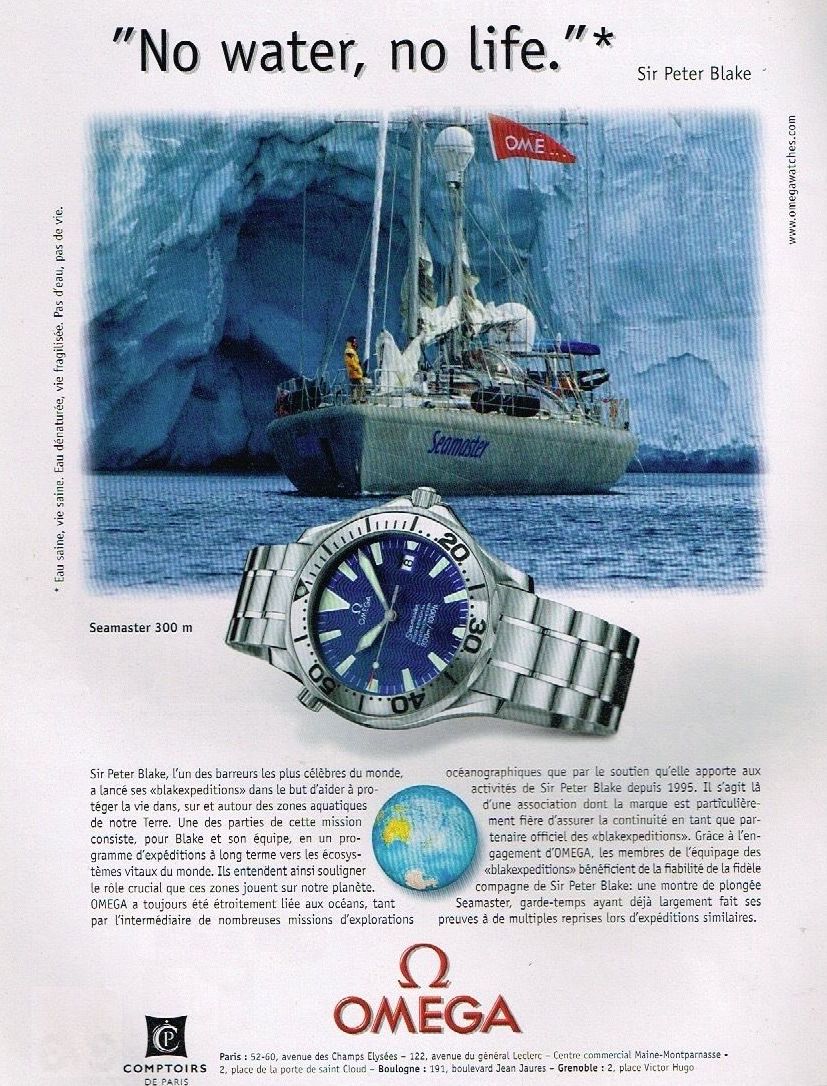 If your nostalgia bone is tingling, your instincts aren’t wrong — this new Seamaster looks a lot like several relief-bezel variants from Omega’s catalog in the mid-90s and early aughts, most notably, the original Seamaster 300 ref. 2533.50 “America’s Cup” with its textured white-gold relief bezel. What made that reference, in particular, special was that it was produced in 1995 for legendary yachtsman and explorer Peter Blake, a two-time America’s Cup champion, a passionate advocate of ocean conservation, and a longtime friend of Omega. But the hat-tip to Blake’s legacy of exploration (the skipper tragically perished in 2001 while on an environmental exploration trip in Brazil) in this new reference is twofold — more on that in a moment. 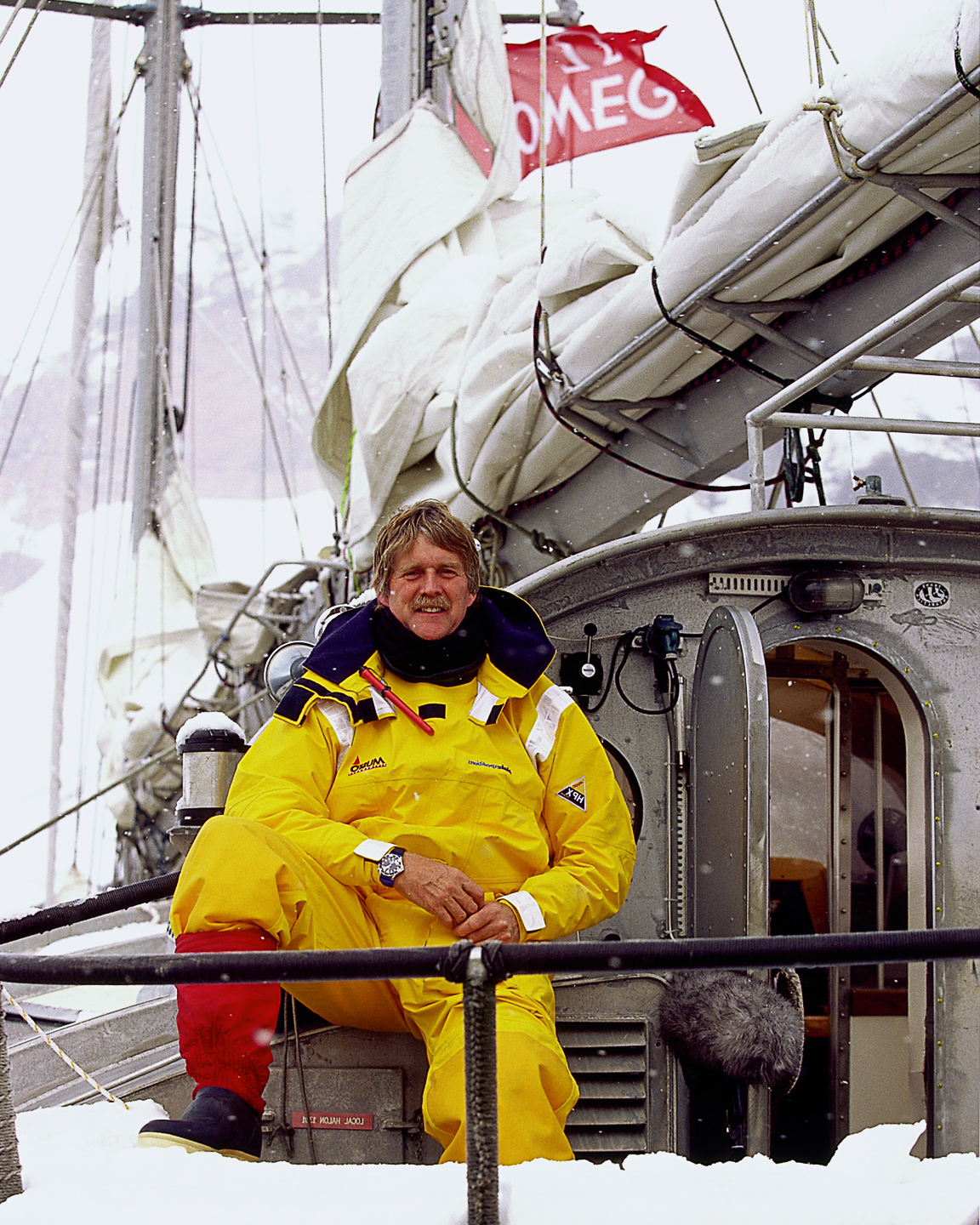 Skipper Peter Blake on the deck of his research vessel Seamaster

The new Nekton Edition joins current 8800-series Seamaster Diver 300m stablemates that have enjoyed immense success since their release at Baselworld in 2018. Just like those references, this new stainless steel edition exhibits the Seamaster 300’s “maxi-sized” hour markers, skeletonized sword hands, a conical helium release valve at 10 o’clock, and a laser-engraved ceramic dial. Unique to this reference is its unidirectional rotating bezel, which is now rendered in grade 5 titanium and finished with a laser-ablated diving scale, lending a neat high-tech twist to the traditional engraved dive bezel that we’ve seen before from Rolex, Blancpain, Chopard, and more recently, Oris. 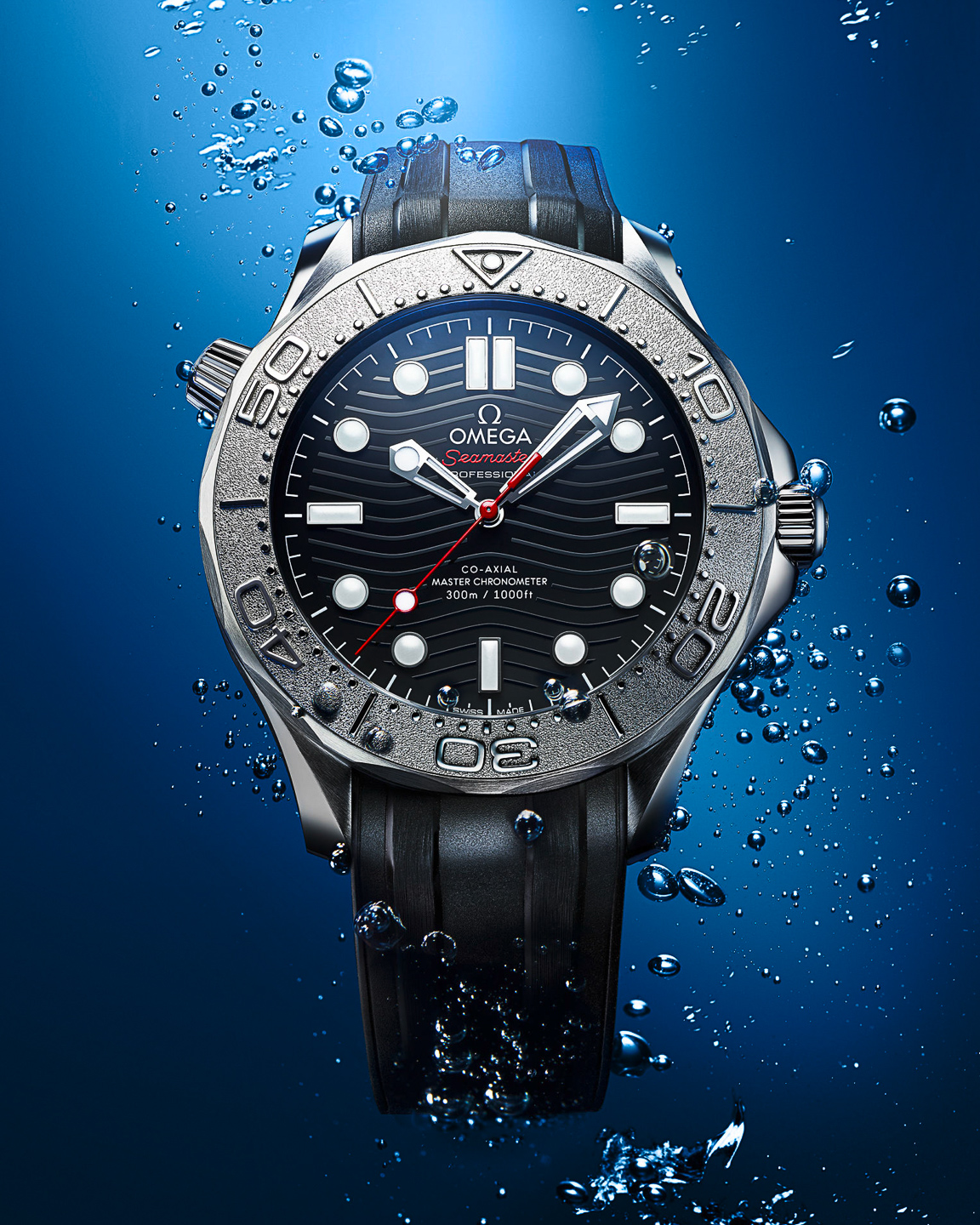 Partnership story aside, dive watch fans ought to really appreciate this Seamaster for three key reasons: Not only is it a pared-back no-date reference (powered by Omega’s Co-Axial 8806 movement), it’s also built around a 42mm case — a modern combination that had previously only been done in a pair of considerably more expensive references: 2018’s Sedna-titanium-tantalum Limited Edition (a veritable menage trois of exotic metals), and this year’s No Time to Die Seamaster, a watch built for the latest Bond film, which has still sadly not yet hit theaters. Lastly, and perhaps most importantly for classic Seamaster purists, this new reference has a closed caseback with a richly detailed engraving of the Seamaster 2 submersible (whose uniform orientation is preserved by the caseback’s Naiad lock), a detail that to me, feels in-line with all the Seamasters of the 90s and early aughts, which usually bore the Seamaster’s now-iconic hippocampus engraving. 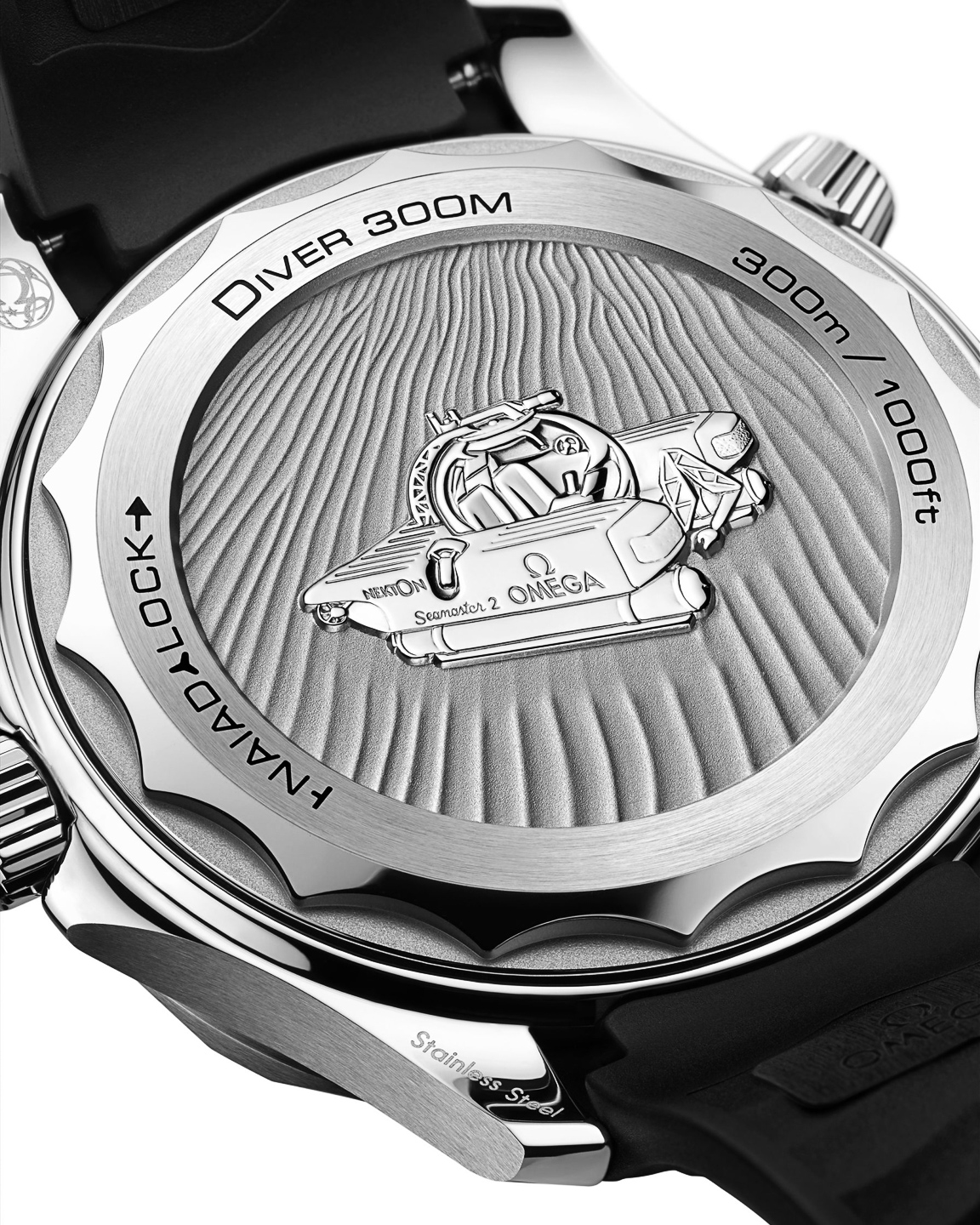 But it’s not just any submarine on the caseback: This is the Seamaster 2 (a name paying homage to the late Peter Blake’s research vessel, also called the Seamaster), a nimble, two-person research submersible manufactured by Triton Submarines — the same firm that built Victor Vescovo’s record-breaking Limiting Factor for last year’s historic stroll along the Marianas Trench. Like the Seamaster Diver watch which bears its engraving, the Seamaster 2 submersible has a maximum working depth of 300 meters and is characterized by a large front claw and its acrylic cockpit dome, granting its occupants an impressive field of view while underwater. What’s less apparent from the engraving on the caseback is the submersible’s array of high-definition cameras and sensors, enabling the team to take photos, collect soil and water samples, and even livestream their expeditions straight from the ocean floor, thanks to a state-of-the-art wireless underwater optical communications system. What a time to be alive, indeed. 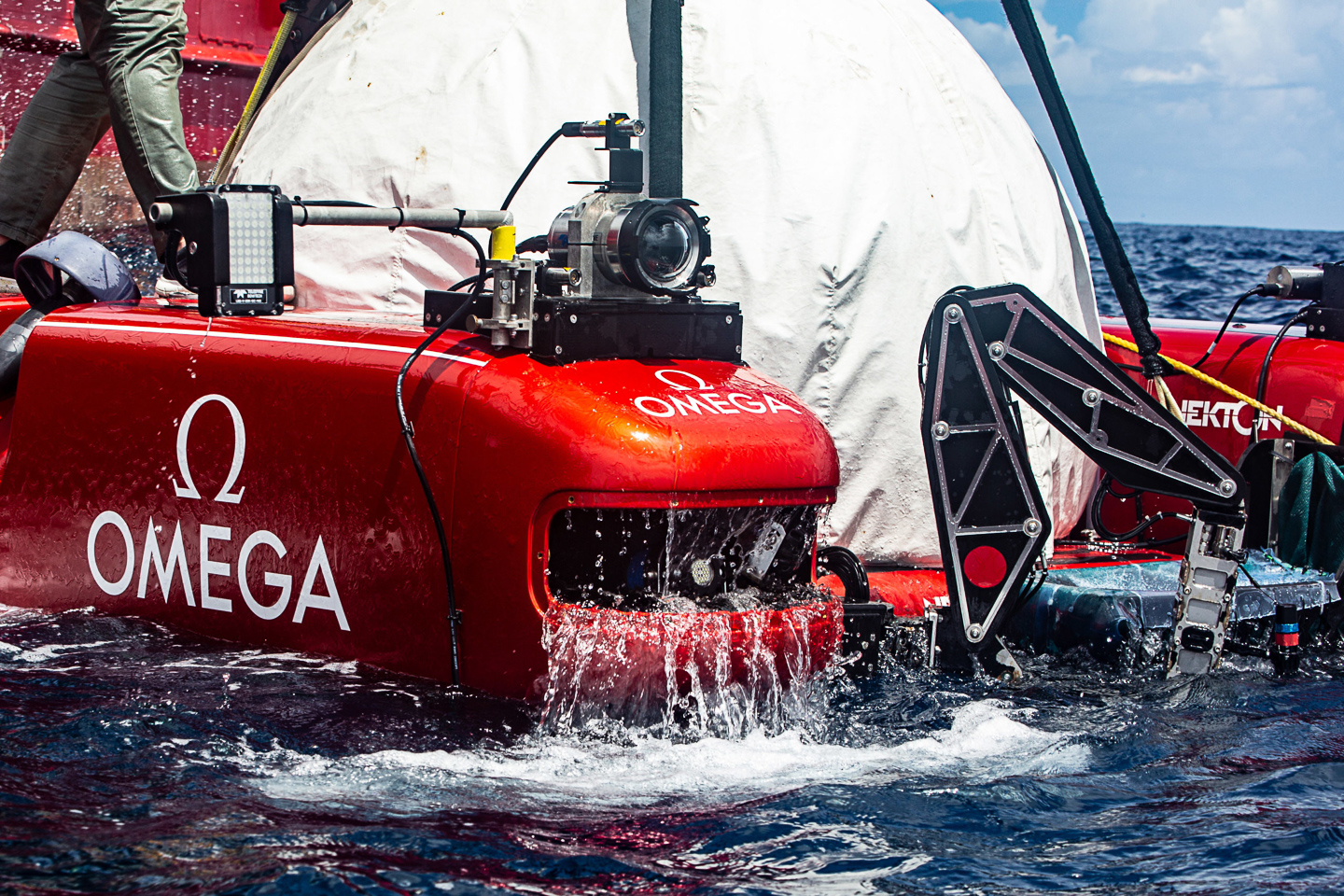 You’ve probably heard the fact before, but it bears repeating: We know more about the surface of the moon than we do about our own oceans. In fact, more than 80% of the world’s oceans are entirely unmapped and unexplored, but revolutionary new submersible designs from manufacturers like Triton are helping usher in an entirely new wave of undersea exploration and, consequently, conservation as well. What’s unique about Nekton’s mission is that the organization is working on behalf of oceanic nations to launch “first-descent” expeditions (the current expedition nation is India, and the surrounding Indian Ocean) which aim to improve the prosperity and sustainable governance of these respective oceanic zones. Throughout 2019 and 2020, each Nekton mission is developed in collaboration with respective host nations that will ultimately own, vest, and then share any findings. The more we can understand about our own oceans and the more knowledge that can be shared between nations, the more we stand a chance at preserving our planet’s most vital resource. After all, “No blue, no green.” “No water, no life.” 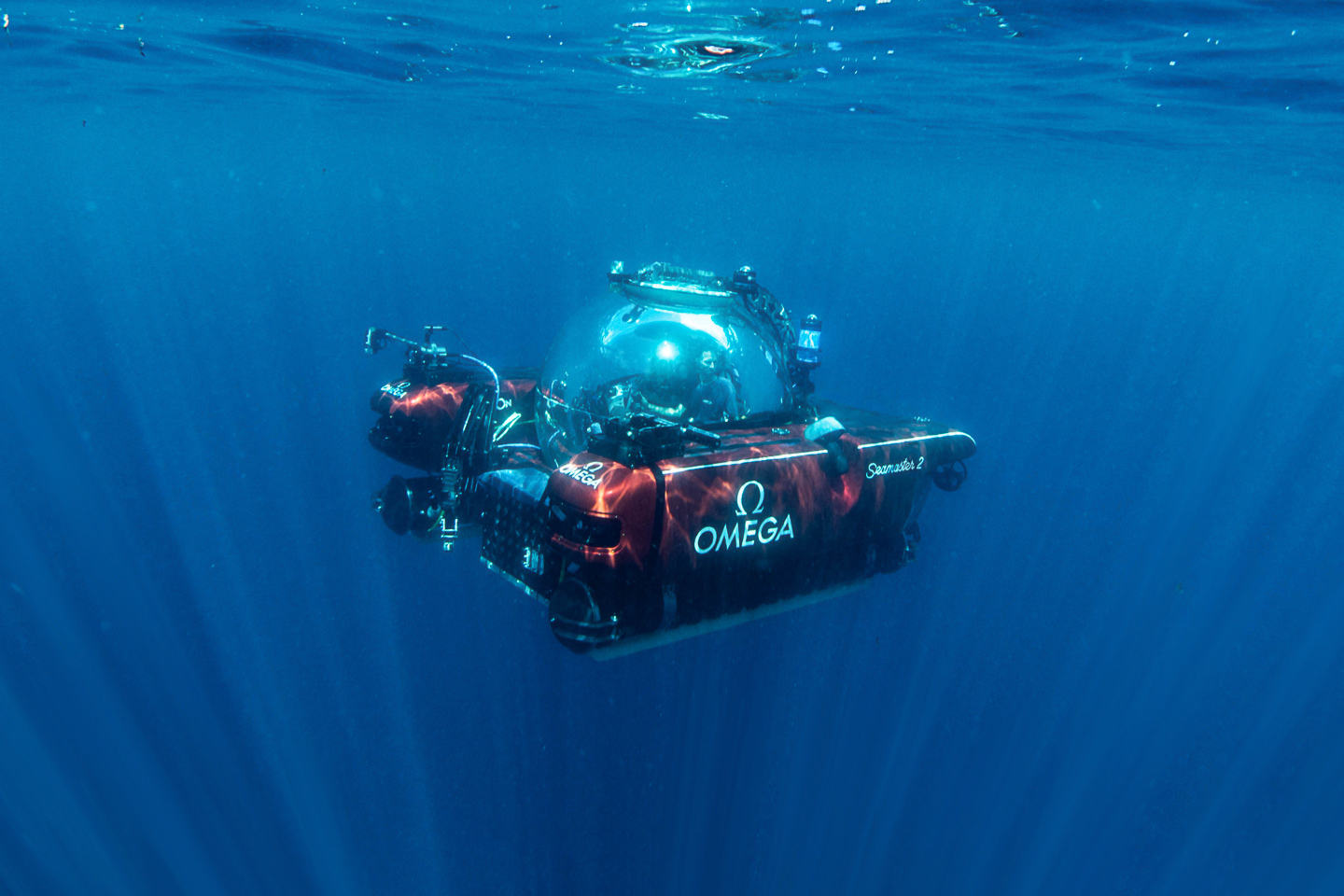 With delivery slated for Fall of this year, dive watch fans and ocean explorers, alike, won’t have to wait too long for this new Seamaster Diver 300m Nekton Edition to land in-store and online. Pricing for the rubber strap variant begins at $5,850 and jumps to $6,150 for the bracelet. Learn more about all of Omega’s current Seamaster offerings at omegawatches.com.