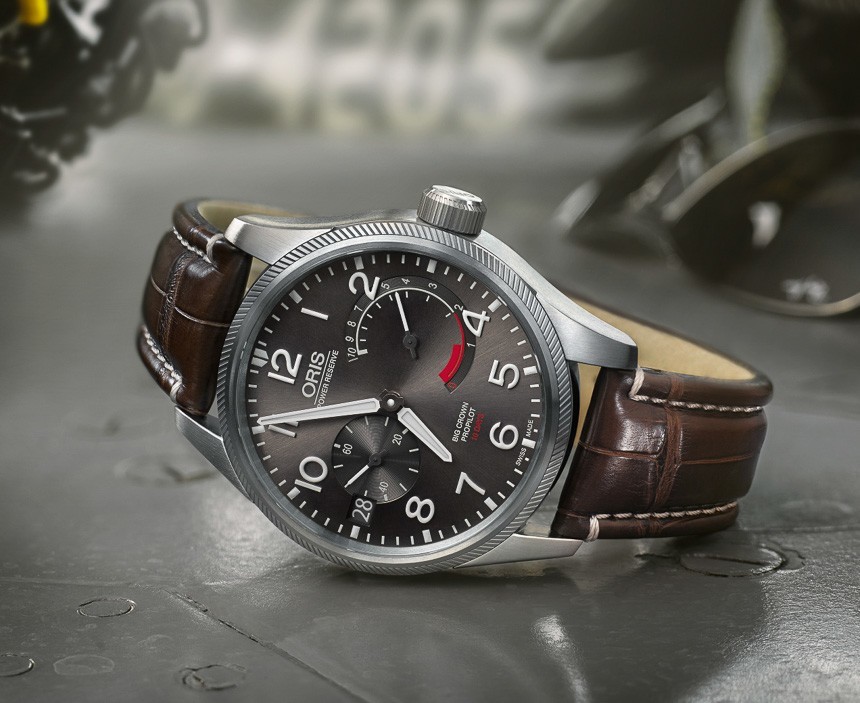 The Oris Big Crown ProPilot Calibre 111 is finally the Oris sport watch I have been asking for. This is the first non-dressy or traditional watch (depending on how you look at it) to include Oris’ in-house made movement. Oris currently has two in-house made movements known as the Calibre 110 and the Calibre 111. The former was released in 2014 as a limited edition (hands-on here) to celebrate the brand’s 110th anniversary. One year later, in 2015, Oris released an almost identical Calibre 111 watch that was not a limited edition. The only difference between the Calibre 110 and the 111 is the addition of the date in the latter.

At launch, I asked Oris, “as a brand so strong with sport watches, why are you putting the Calibre 110 into a more formal watch?” I saw immediate appeal for Oris fans who would love to see the new in-house movement inside of a sport watch. Even at Baselworld 2015 when they released the Calibre 111, I asked about inclusion of the movement into a diver or pilot watch. Well, now just a few months later, we get one with the Oris Big Crown ProPilot Calibre 111. 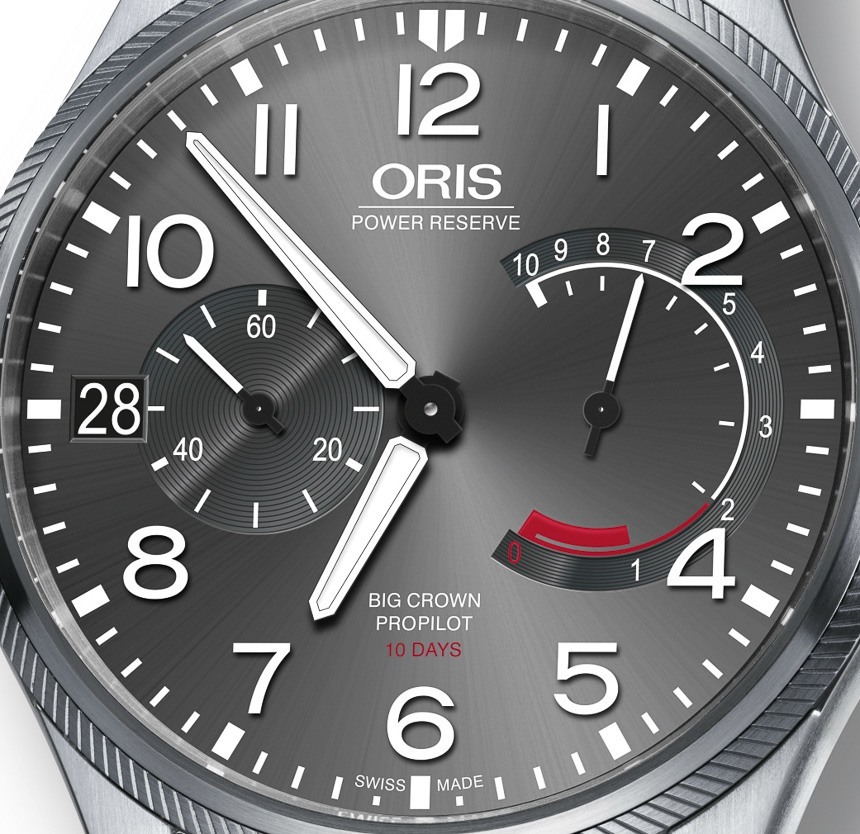 In a very similar style is the Oris Big Crown ProPilot Calibre 111 that comes in a 44mm-wide steel case. Finally, you get the bold, legible look of an Oris pilot watch with their appealing and affordably-priced in-house movement. The Calibre 111 is a manually-wound 3Hz (21,600 bph) movement with a long 10 days of power reserve, all from a single mainspring barrel. The power reserve indicator on the dial is unique (and patented) because it is “non-linear” in how fast the hand moves when you wind it. Thus, you can see the spacing between the days is eccentric on the power reserve indicator gauge. 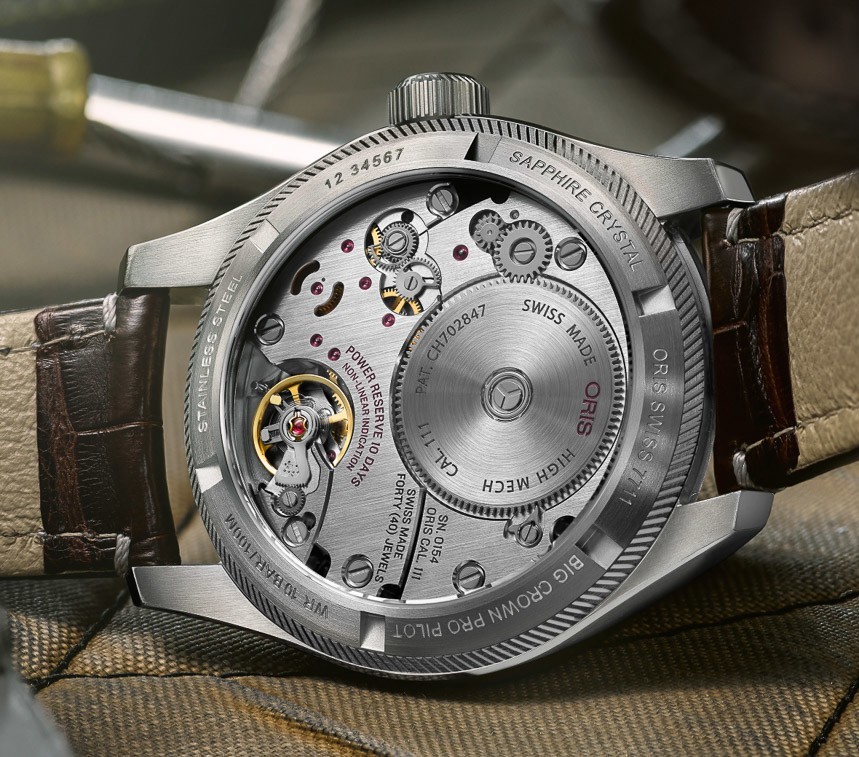 The Calibre 111 movement features the time with subsidiary seconds dial, date at 9 o’clock, and of course, the power reserve indicator. While the Oris Calibre 111 watch was nice, it was a bit too conservative for my personal tastes. Finally, we start to see Oris applying its in-house made movement technology into its most popular types of watches – which are for sporting activities. It is only a matter of time before we see an Oris in-house made movement in their diving and racing watches.

The Oris Big Crown ProPilot collection has some of my favorite dials for modern mechanical pilot watches. The hands are extremely easy to see and the right length. The ring of Arabic numeral hour markers further enhances a strict sense of legibility in the design. The case is finished with an attractive industrial brushed-look, and is water resistant to 100 meters, topped with an AR-coated sapphire crystal. 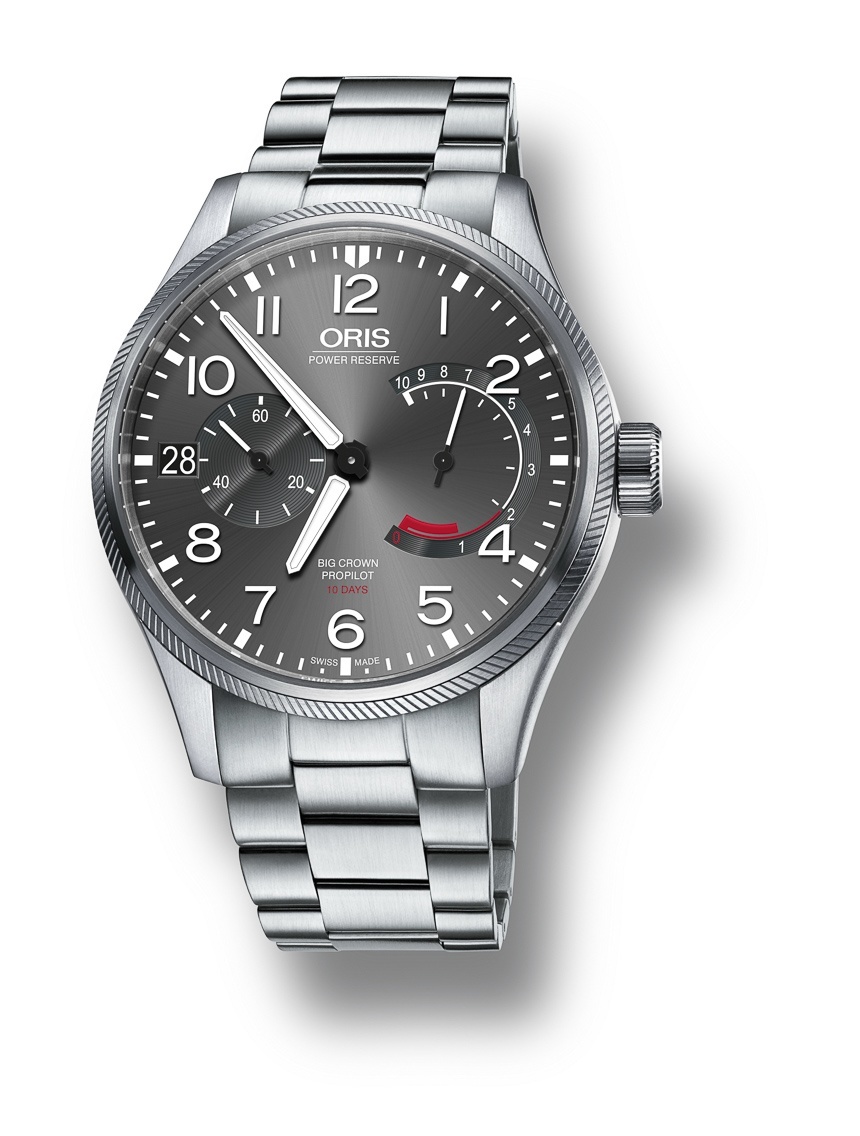 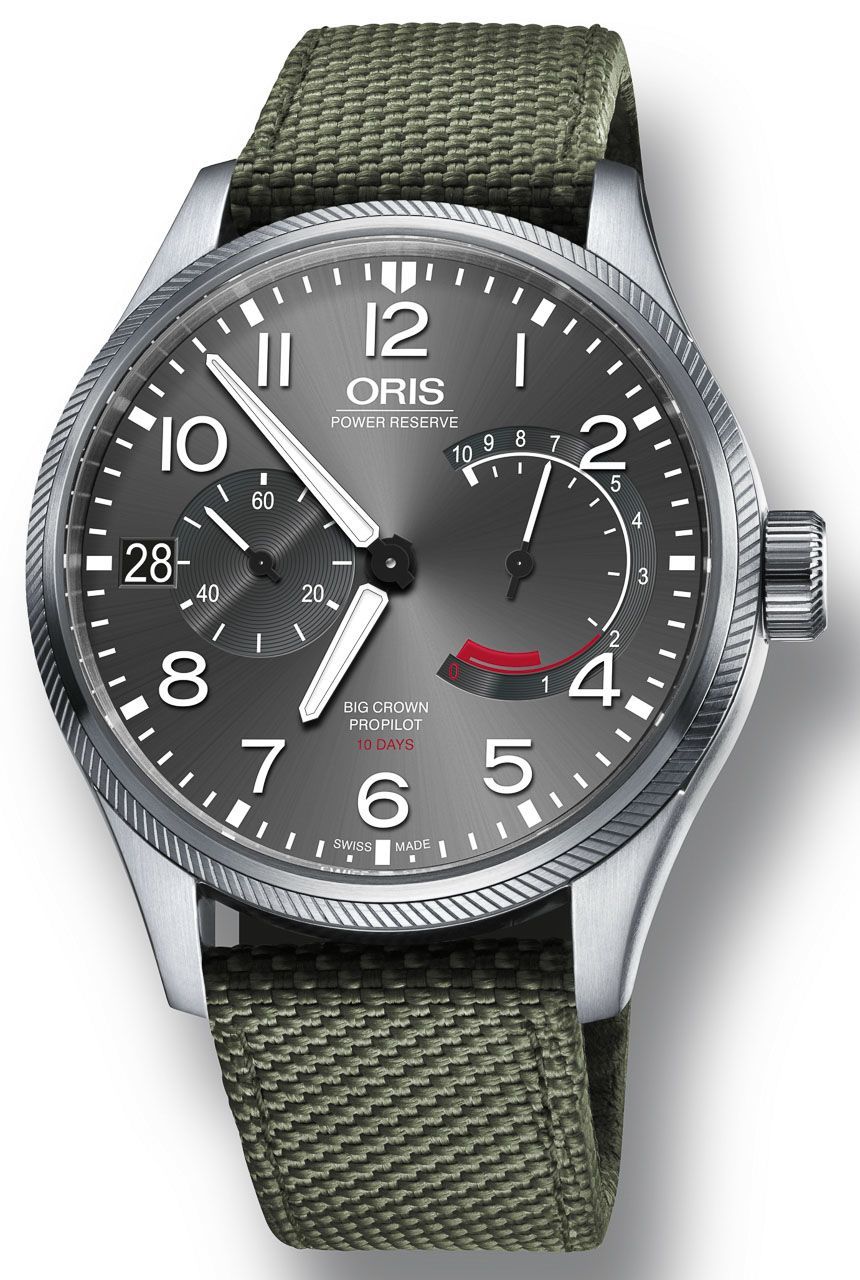 Oris will offer a few strap and bracelet options at launch for the Oris Big Crown ProPilot Calibre 111 reference 111 7711 4163 watch. Of course, there is the stainless steel bracelet – which, in my opinion, is a great choice for everyone. With that said, the strap options are very nice as well, especially as they are combined with Oris’ very good “seat buckle style” deployant clasp. Strap options include the military olive green textile strap or a really handsome brown crocodile strap. Price is 5,200 Swiss Francs. oris.ch