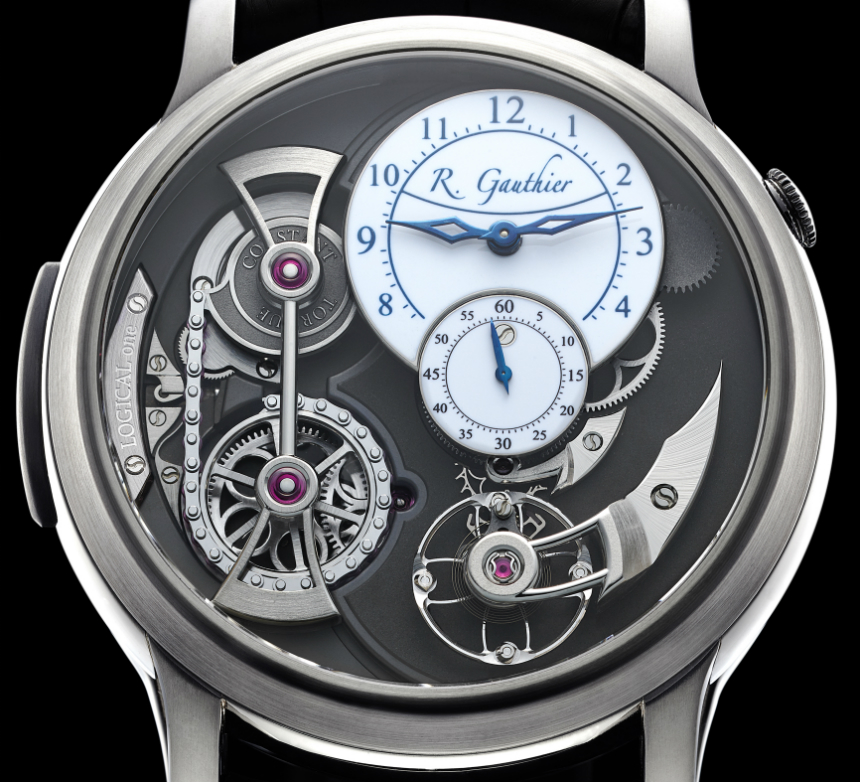 The Romain Gauthier Logical One is a widely celebrated watch that has been released in various precious metals, such as pink and white gold, and of course, platinum. Now, however, they are expanding the collection with the Romain Gauthier Logical One Natural Titanium watch. In Gauthier’s mind, most ultra high-end collectors prefer pieces in gold, platinum, and steel, and not titanium. He thinks “titanium is a step too far for many” and that despite titanium’s many advantages – strength and lightness being some of them – many collectors still associate titanium with sports and tool watches. However, Gauthier has always regarded the Logical One and natural titanium to be a perfect match and believed that if he made it, buyers will come. Well, make it, he did. 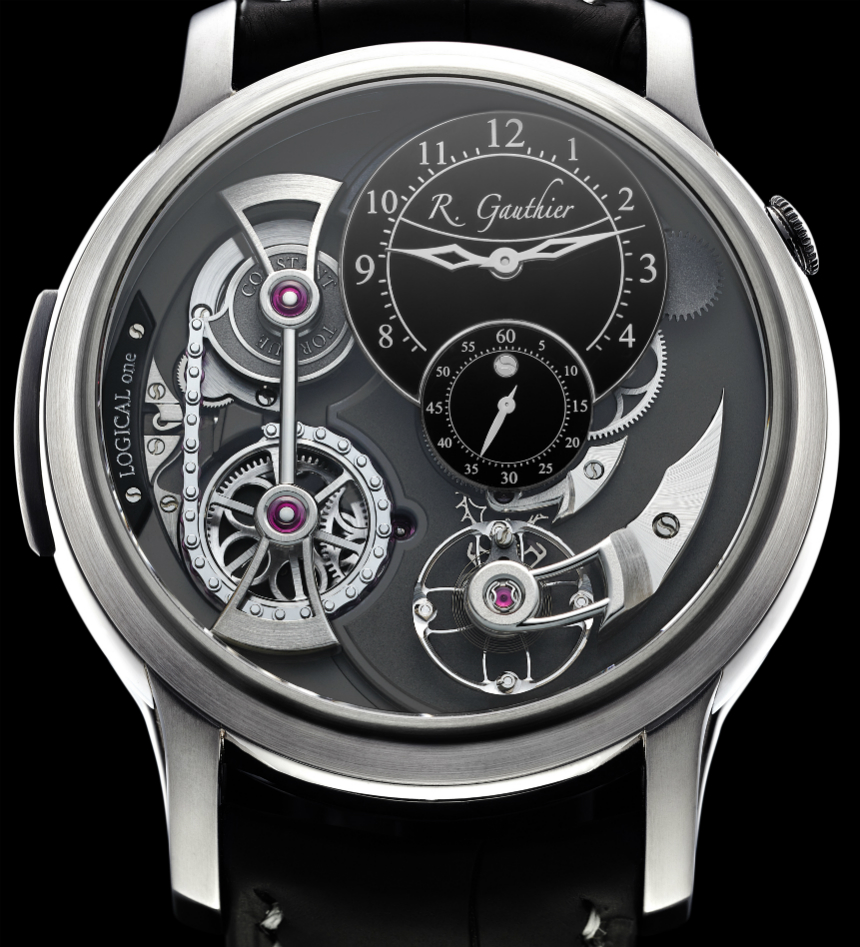 Now, before we continue, it’s worth spending some time to talk about why the Romain Gauthier Logical One (hands-on here) is so important. Its claim to fame is its constant-force mechanism that is immediately visible in the photos. Why it’s so revolutionary is because in place of the traditional fusee, the Romain Gauthier Logical One has a snail cam. Using a snail cam has many advantages. For one, the barrel and snail cam are on an equal plane, and this means a more efficient transfer of energy. In traditional chain and fusee mechanisms, the top layers of the chain are on a higher plane than the barrel, which means energy is transmitted at a downward angle. This is not only an inefficient way of transferring energy, it also places additional stress on the mechanism. 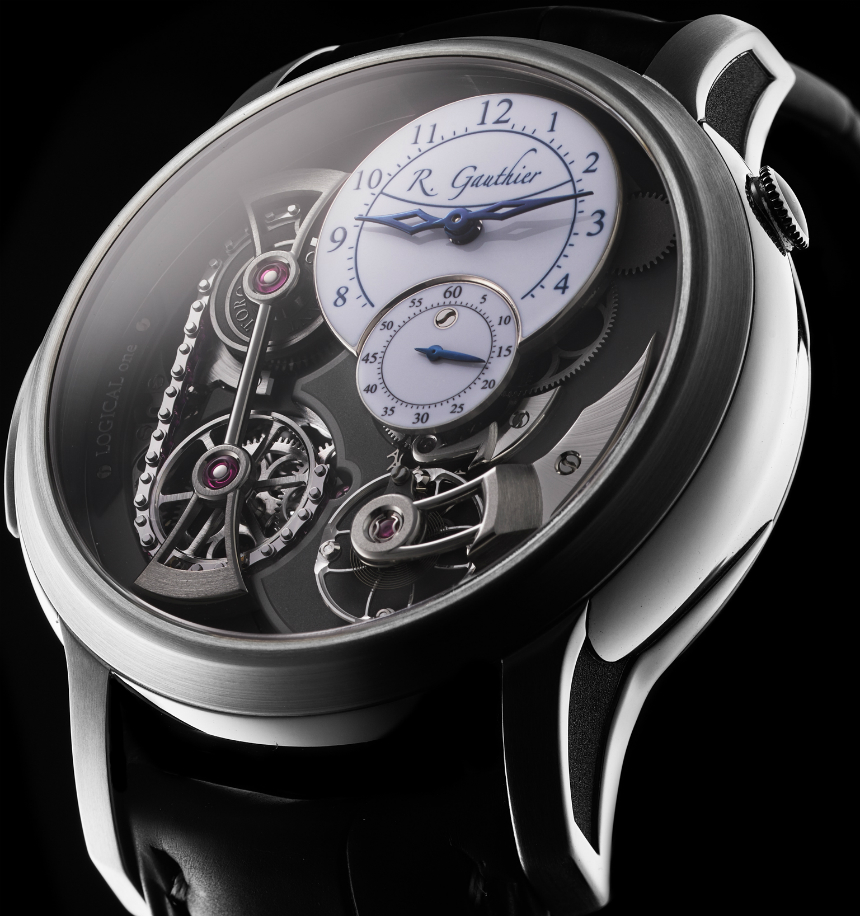 Secondly, because the barrel and snail cam are on an equal plane, the entire mechanism can be made smaller, which means a thinner watch. The chains can also be made shorter and with more durable links. Speaking of chains, the Romain Gauthier Logical One has ruby-linked chains, which reduces wear and further increases efficiency. If you want to read even more about the details of this movement, take a look at our earlier writeup of the Romain Gauthier Logical One here. 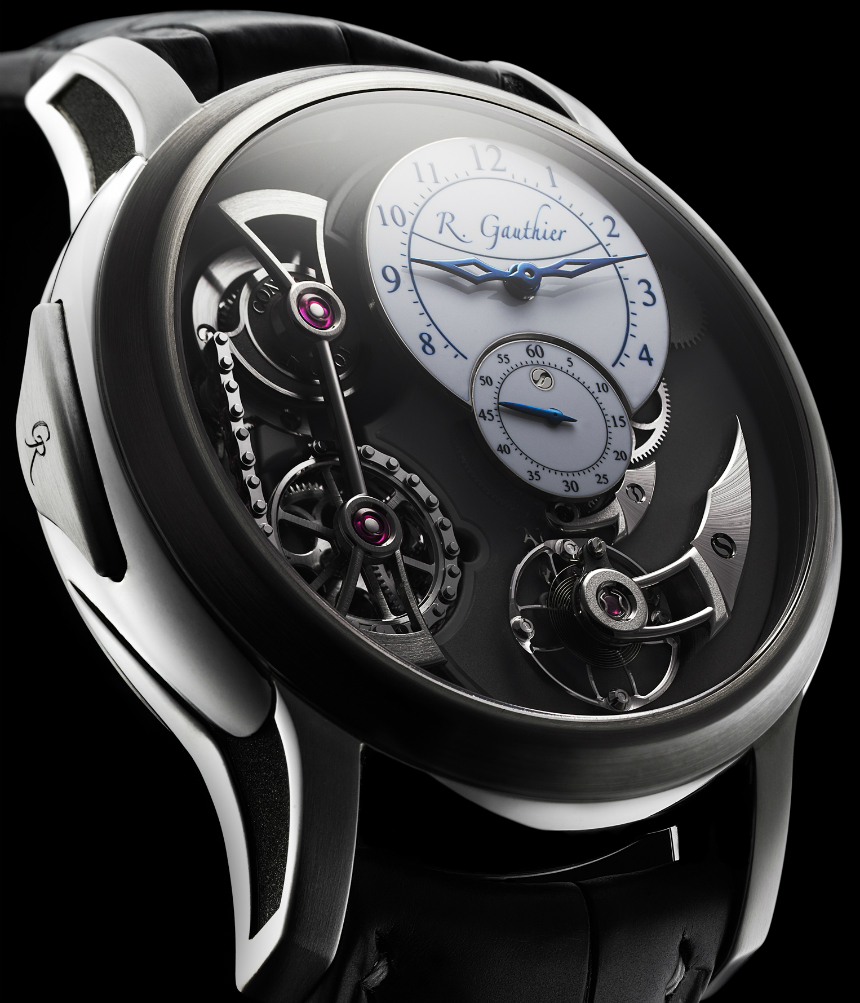 The Logical One has always been a fine example of haute horology finishing and the new Romain Gauthier Logical One Natural Titanium is no different. The lugs, bezel, caseback, and crown of the Grade 5 natural titanium case are all satin-finished, which, in Gauthier’s words, creates “a gentle sheen that forms a fine counterpoint” to the highly polished case band. The watch sits 43mm wide and 15mm high, and you’ll notice the push button for winding at 9 o’clock and crown up at 2 o’clock. Not exactly a swimming-watch, but it has a water resistance of 30M. 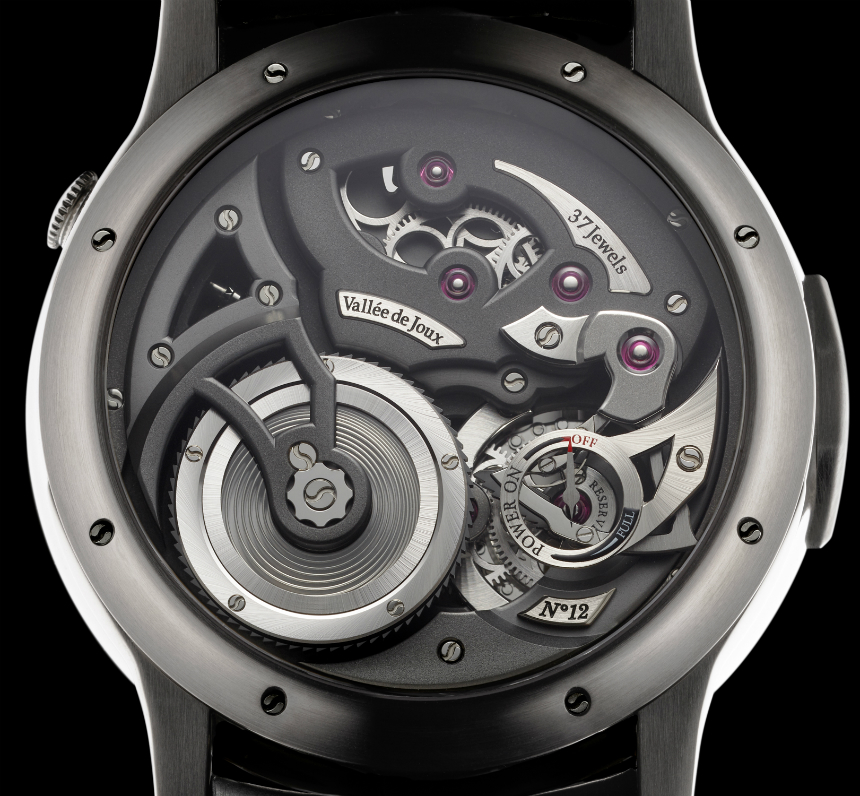 The movement has also been finely decorated with various finishes to draw attention to its various elements. For example, the mainplate, mainspring barrel bridge, and lower bridge for the constant force mechanism have a deep anthracite ADLC finish, while the balance bridge, escape wheel bridge, and power reserve indicator bridge are all treated in bright palladium brass to further accentuate the hand-finishing work such as beveling, hand-frosting, snailing, and graining that has been applied to these parts.

The movement, which was developed entirely in-house, features 359 components and requires 63 jewels, with 26 of them dedicated solely to the chain used for the constant-force mechanism. Another interesting feature about the movement is that the mainspring barrel is sandwiched between sapphire plates to reduce uneven friction. The movement beats at 4Hz and offers 46 hours of power reserve. 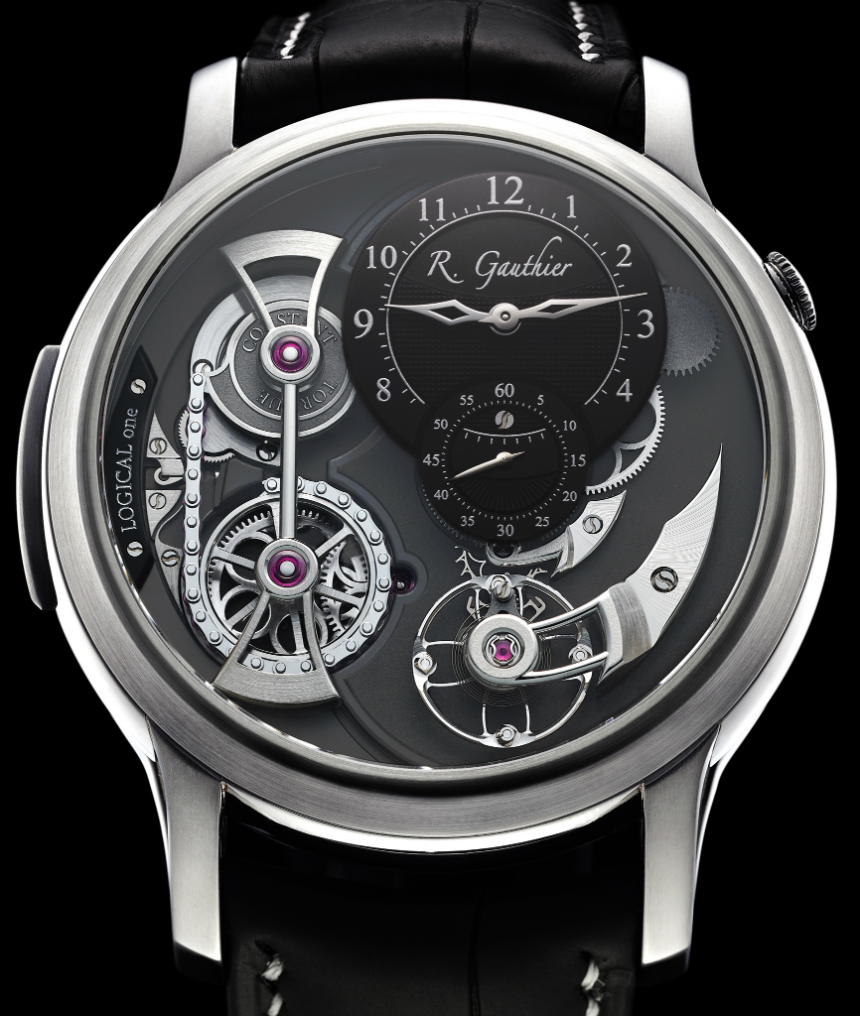 The dial is still made out of oven-fired enamel, and there will be three variants. The Romain Gauthier Logical One Natural Titanium is available with a white enamel dial with flame-blued steel hands, black enamel dial with 18k gold hands, and finally, a black dial with Clous de Paris guilloche and 18k gold hands. The watches will also be offered with a matte-black alligator strap with matching light grey stitching, though the strap will likely be customizable. 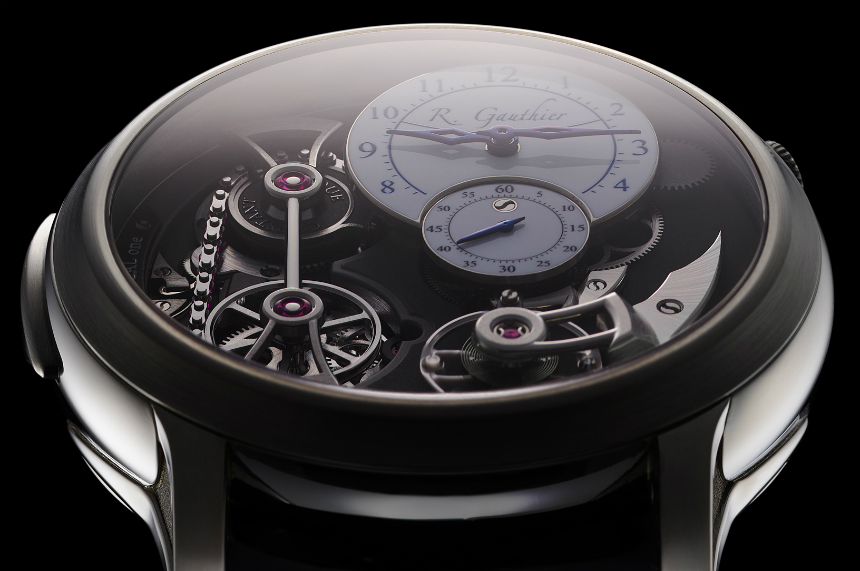