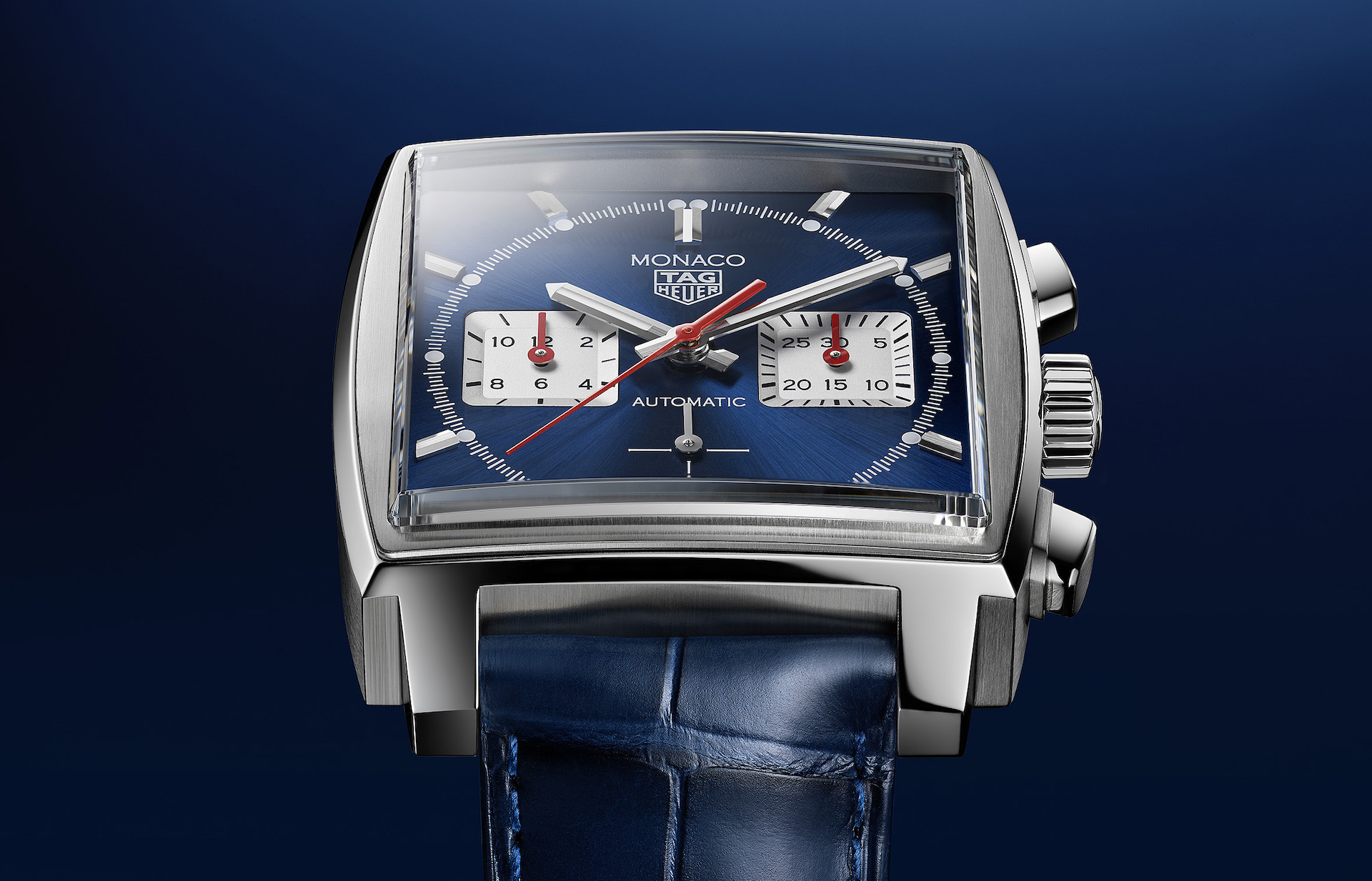 This has been a banner year for TAG Heuer and the Monaco. So far in 2019, the brand has celebrated the 50th anniversary of the iconic square chronograph with a series of five limited editions each dedicated to a unique decade in the history of the line. As 2019 nears its end, however, TAG Heuer has released not one but two new models celebrating the brand’s growing in-house movement expertise. The first of these, the Monaco Heuer 02, brings the advanced Heuer 02 manufacture movement to the Monaco lineup for the first time. The other, the Monaco Calibre 12 Final Edition, bids farewell to the venerable TAG Heuer Calibre 12 movement with a uniquely handsome limited-edition piece. 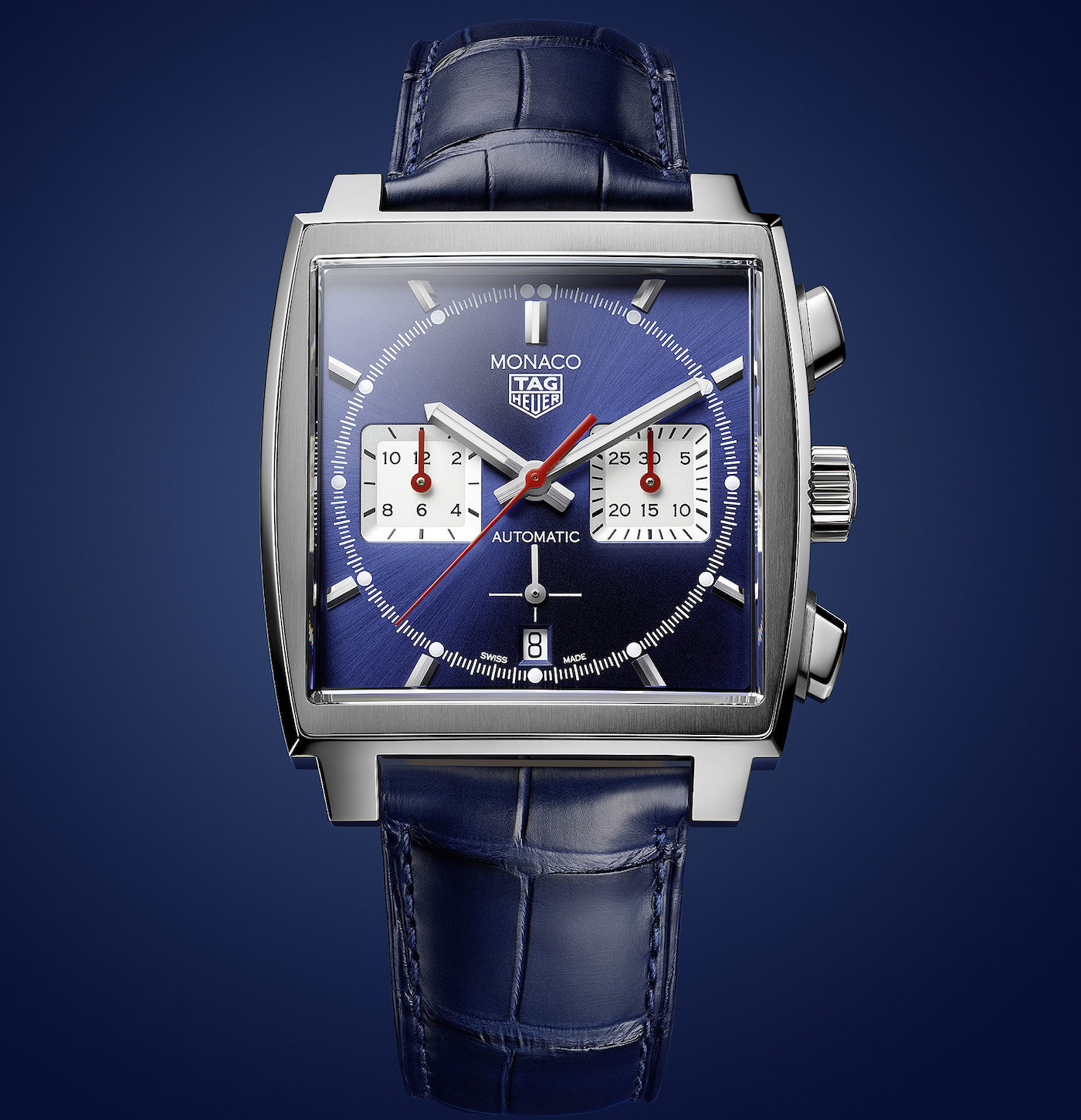 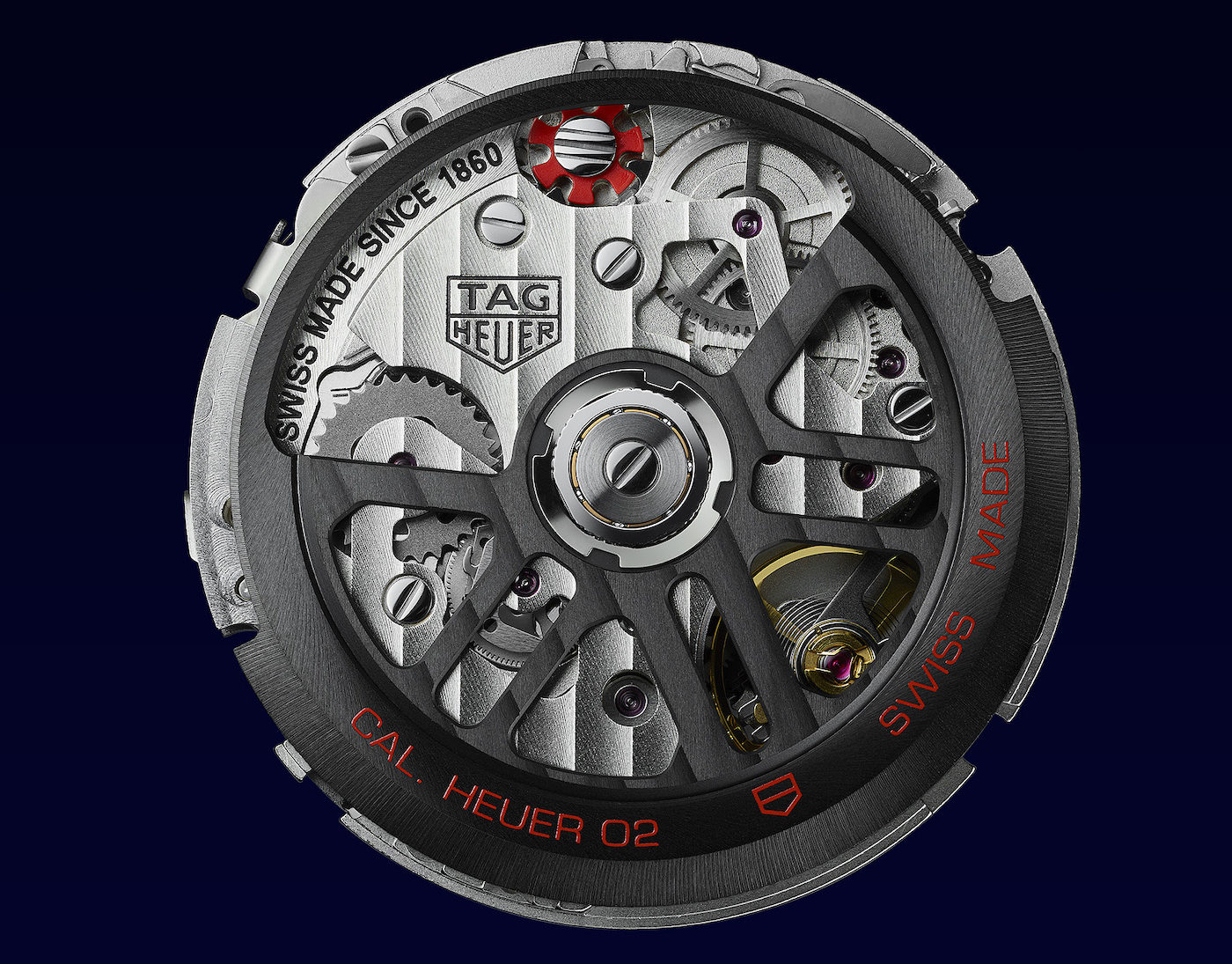 When the Calibre Heuer 02 was released in 2017, it quickly became the flagship movement for the brand, boasting an 80-hour power reserve, a column wheel, and a host of other top-end features. The movement has since been used in a host of Carrera and Autavia models to great effect, but until now it has never been used in the Monaco. The Monaco Heuer 02 is a rock-solid introduction for the movement into the Monaco line, taking the classic blue-dial/silver-subdial/red chrono hands color scheme and adding a few subtle signature touches of its own. The main dial features a rich sunburst texture, for example, while the subdials at 3 and 9 o’clock add a subtle beveling at the edges for increased visual depth. 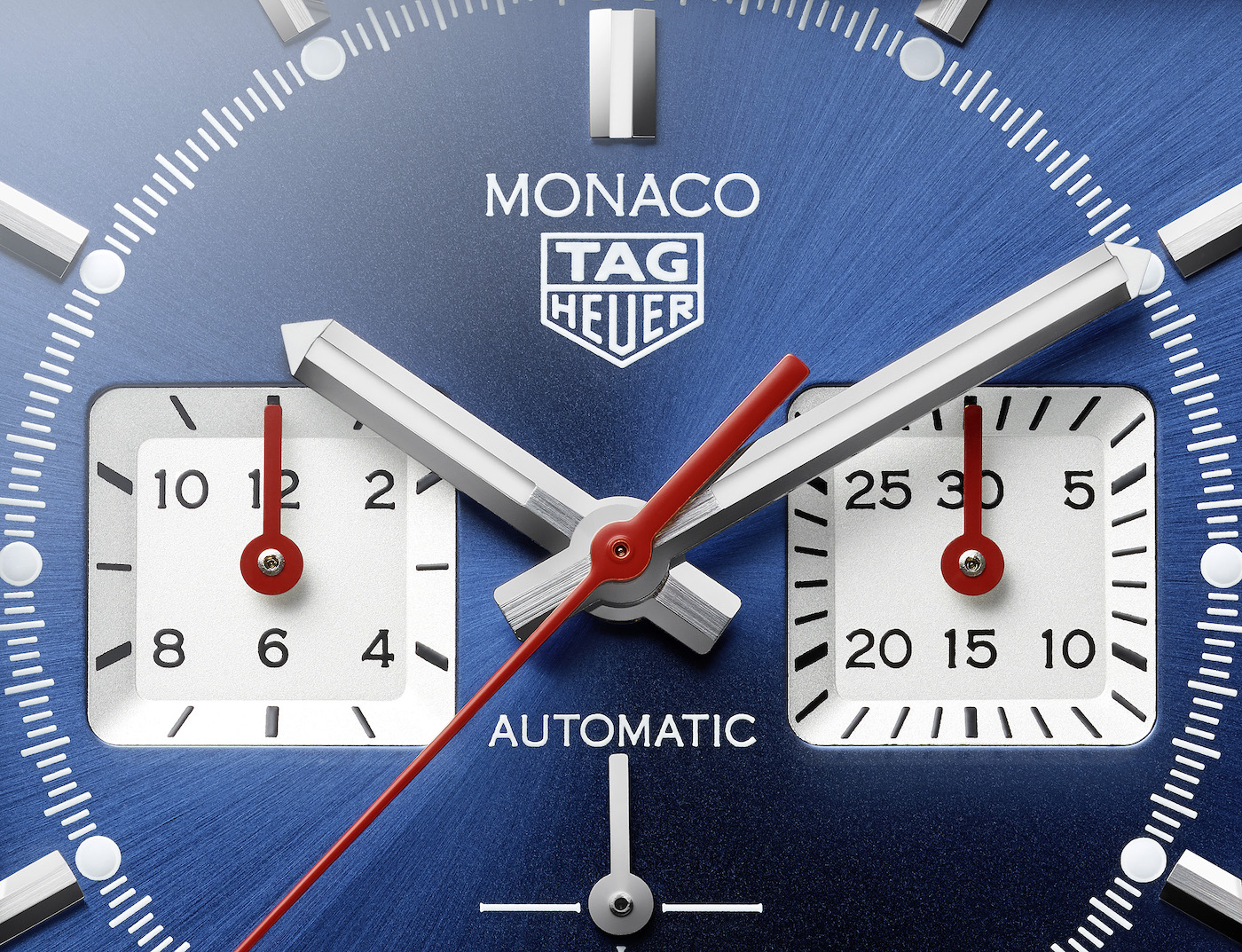 The biggest departure from previous Monaco models, however, is the crosshair running seconds at 6 o’clock. While this is a necessary quirk of the design due to the layout of the Calibre Heuer 02 movement, the decision to refrain from making a third white subdial keeps the intrusion minimal and retains the classic two-register Monaco profile. In most other regards, from the indices to the date window to the case design, the Monaco Heuer 02 cleaves close to past right-hand-crown Monaco models with the 39-millimeter square case and blue alligator leather deployant strap intact. This blend of iconic elements and subtle changes makes the Monaco Heuer 02 an excellent foundation for potential future models while advancing the line into TAG Heuer’s modern manufacture era. 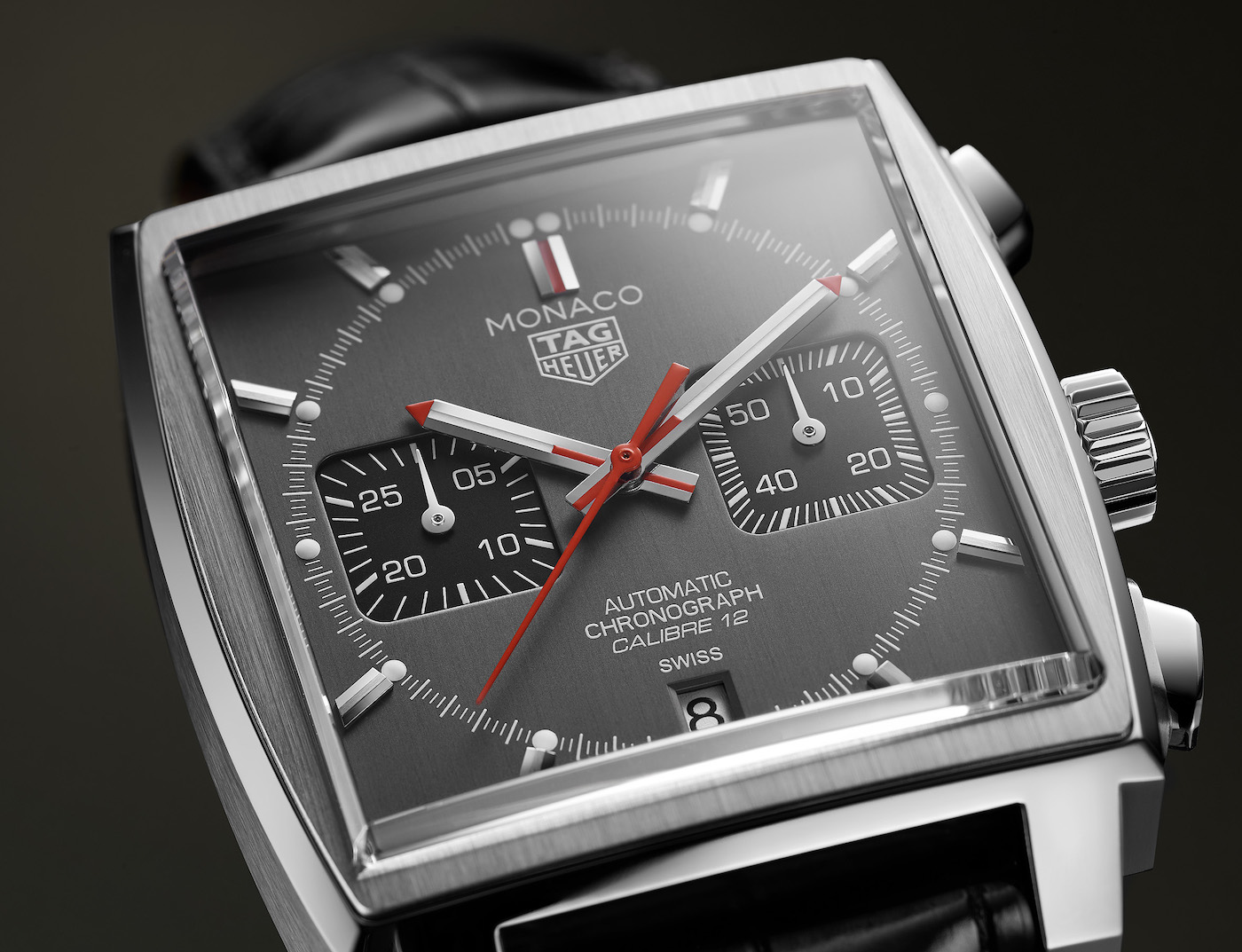 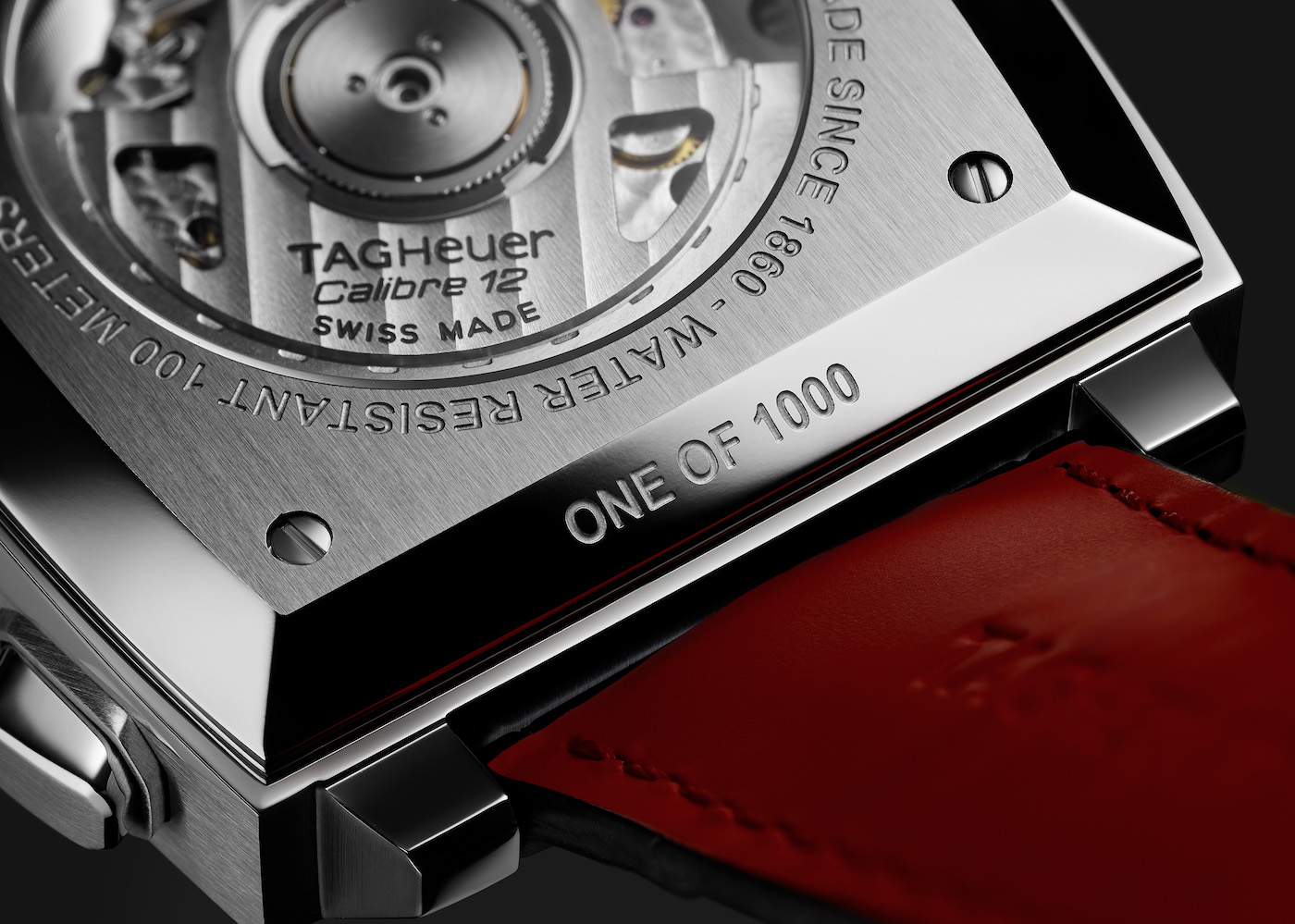 On the other side of the coin, as TAG Heuer moves to establish the Calibre Heuer 02 in the Monaco line the marque also moves to retire the Calibre 12 movement. The Sellita SW300-1 based movement has been a staple of the Monaco lineup since 2009, but as the brand looks to consolidate its premier model lines with manufacture movements, it’s announced the Monaco Calibre 12 Final Edition as a sendoff for this venerable powerplant. Like the Monaco Heuer 02, the Calibre 12 Final Edition is largely similar to most right-hand-crown Monaco models, apart from the dial. Here, TAG Heuer has opted for a refined, masculine black-on-gray colorway with plenty of luxe details. 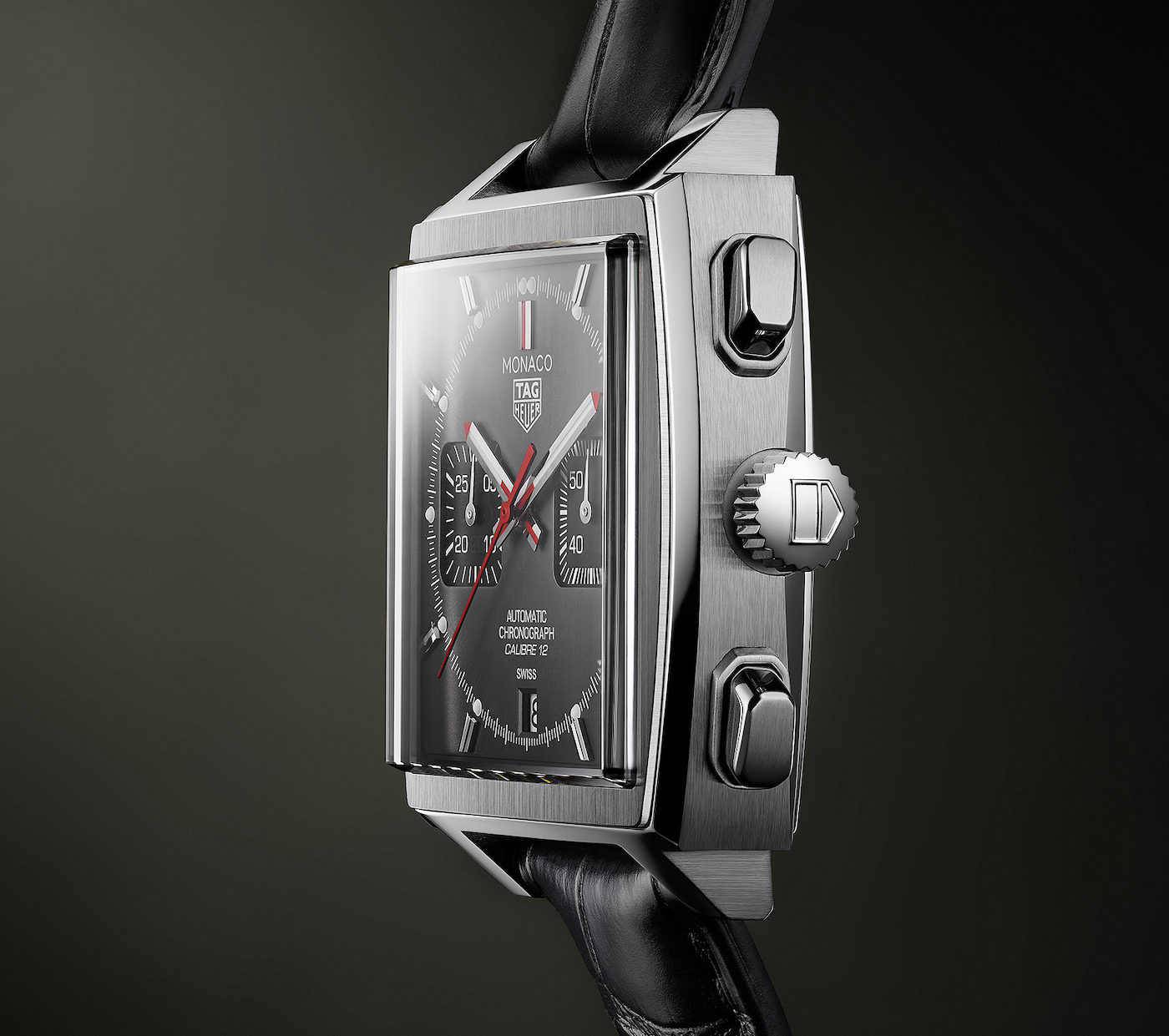 The main dial surface is vertically brushed ruthenium, a rare choice with subtle iridescence at certain angles. Coupled with the satin black of the opaline subdials, this makes for a dynamic and nuanced dial design with dramatic reactions in changing light. These are paired with the iconic red-accented Monaco hands for a pop of vibrance and a classical look. TAG completes the package with a black alligator leather deployant strap. All in all, it’s an attractive final outing for a movement that has helped to define the Monaco stable for the past decade.  Only 1000 of the Monaco Calibre 12 Final Edition will be produced and, while it may not be the rarest of the limited editions Monaco models made in 2019, it certainly stands as one of the cleanest and most versatile. 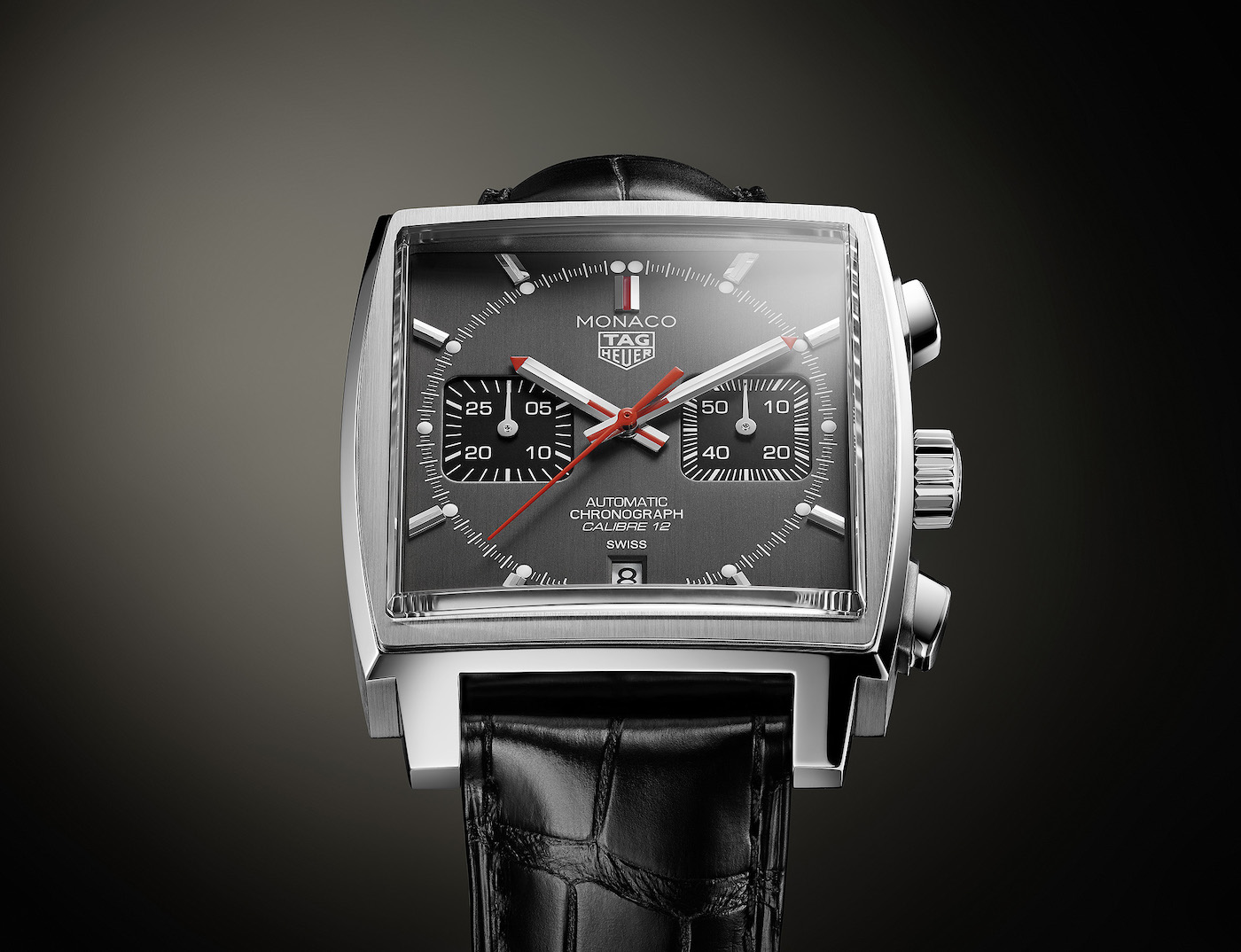 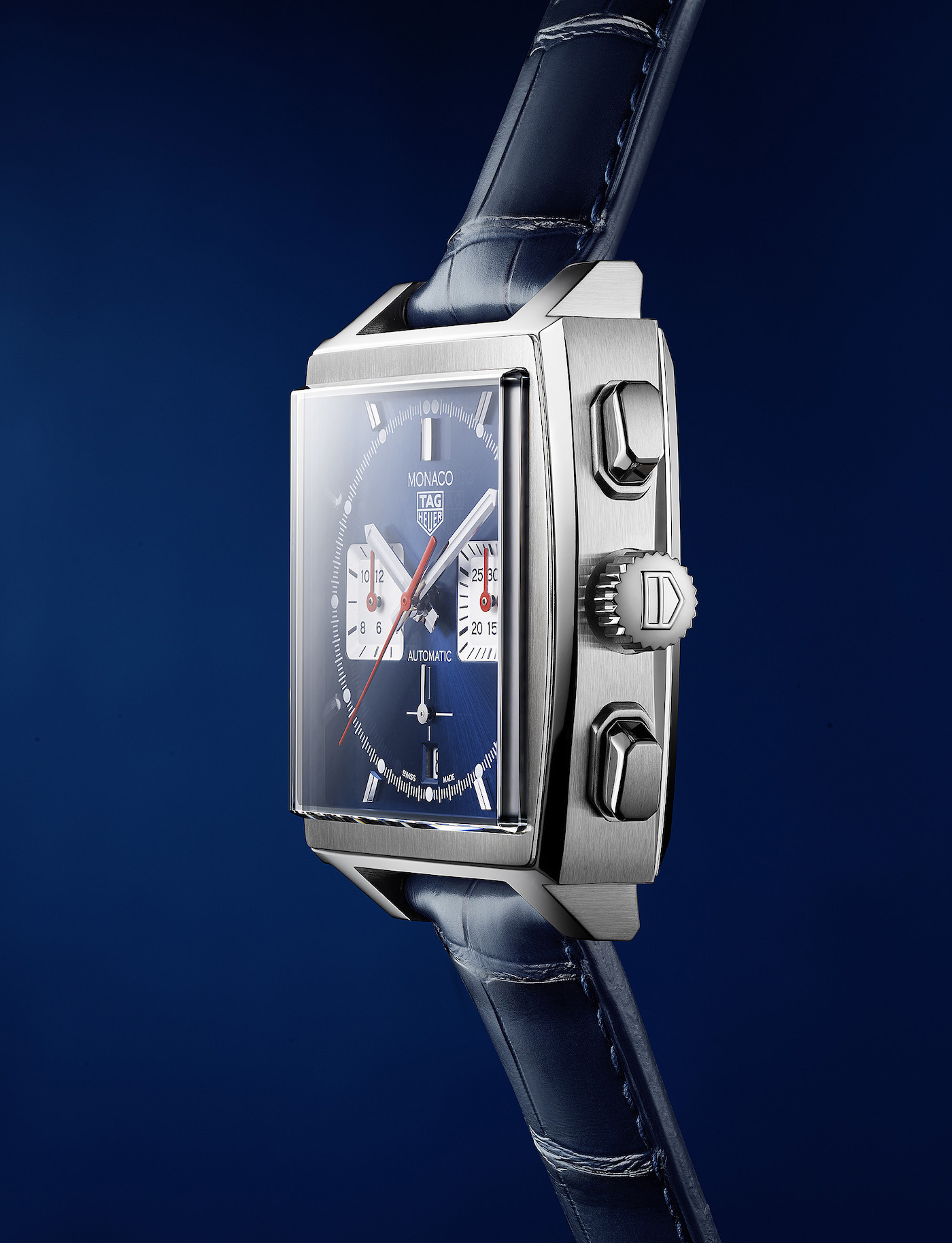 The Monaco Heuer 02 and the Monaco Calibre 12 Final Edition have both been priced at $5,950 and are available now for purchase. These models are sure to be highly sought-after additions to an already exemplary year for TAG Heuer and the Monaco line.