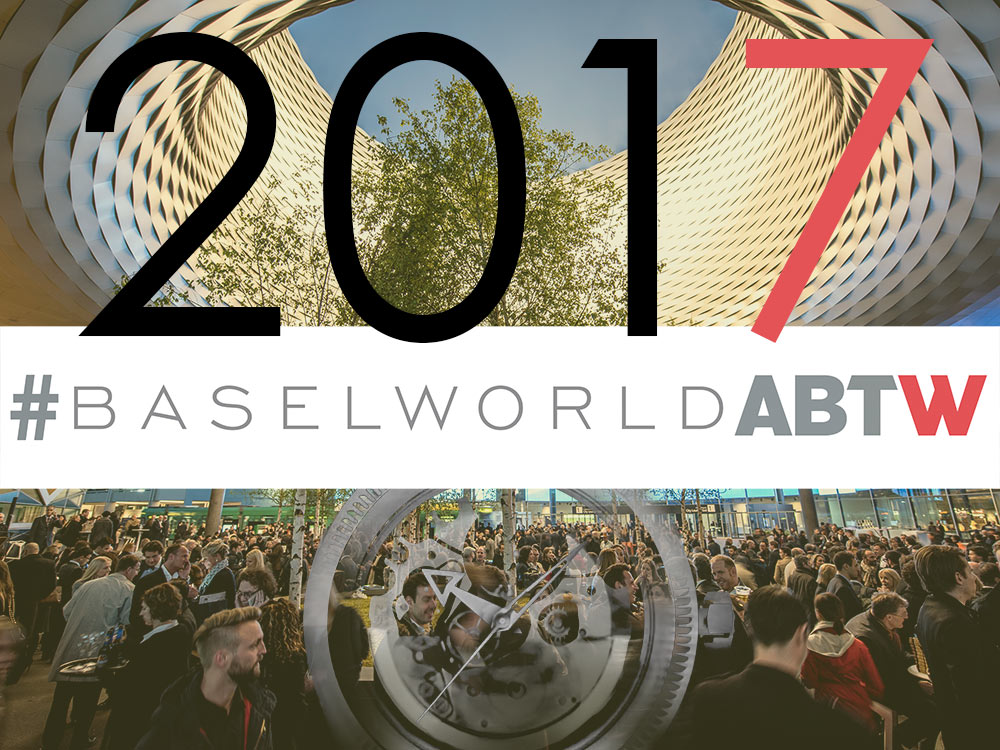 A Mid-Show Roundup Of Some Baselworld 2017 Watches

Keeping up with Baselworld can be daunting, even for those of us who spend all our days reading about, playing with, and writing about wristwatches. While the big names like Rolex, Omega, and TAG Heuer can suck the oxygen out of a room due to how anticipated their new releases are, that doesn’t mean there aren’t other new watches worth taking note of at Baselworld 2017.

For example, I think one of the most interesting pieces that came out this year is the Blancpain Tribute to Fifty Fathoms Mil-Spec watch which is such an iconic and historic watch that’s faithfully redone. It’s the kind of sleeper-hit that watch nerds obsess about for a very, very long time. And then you have Nomos, making their Bauhaus minimalist watches even more accessible with the appropriately named Club Campus watch line that shows how nimble and efficient Nomos can be. For example, they made every caseback solid and left it blank in order to encourage custom engravings, which both keeps costs down and makes the watch a natural draw as a graduation gift.

Hublot decided to show us two sides of their personality with the MP-09 Tourbillon Bi-Axis watch which is really, um, creatively designed while their Techframe Ferrari Tourbillon Chronograph is quite restrained and quietly impressive for a Hublot watch designed for Ferrari’s 70th Anniversary.

There have also been interesting industry tidbits like Grand Seiko now being an autonomous wing of Seiko (so no more “Seiko” at 12 o’clock and “Grand Seiko” at 6 o’clock anymore, thankfully) and Tudor and Breitling collaborating on movements to keep quality up and prices down, like in the new Breitling Superocean Heritage II watches.

Listen, I can keep going, but we want to just catch you up on some of the notable new watches for now, and encourage you to explore our complete and continuing Baselworld 2017 coverage here on aBlogtoWatch and on our social media channels with #BaselworldABTW. And we’re of course going to have a much more in-depth Baselworld 2017 roundup and analysis once the show is over.

Here’s a sampling of some of the most significant releases from Baselworld 2017 so far: 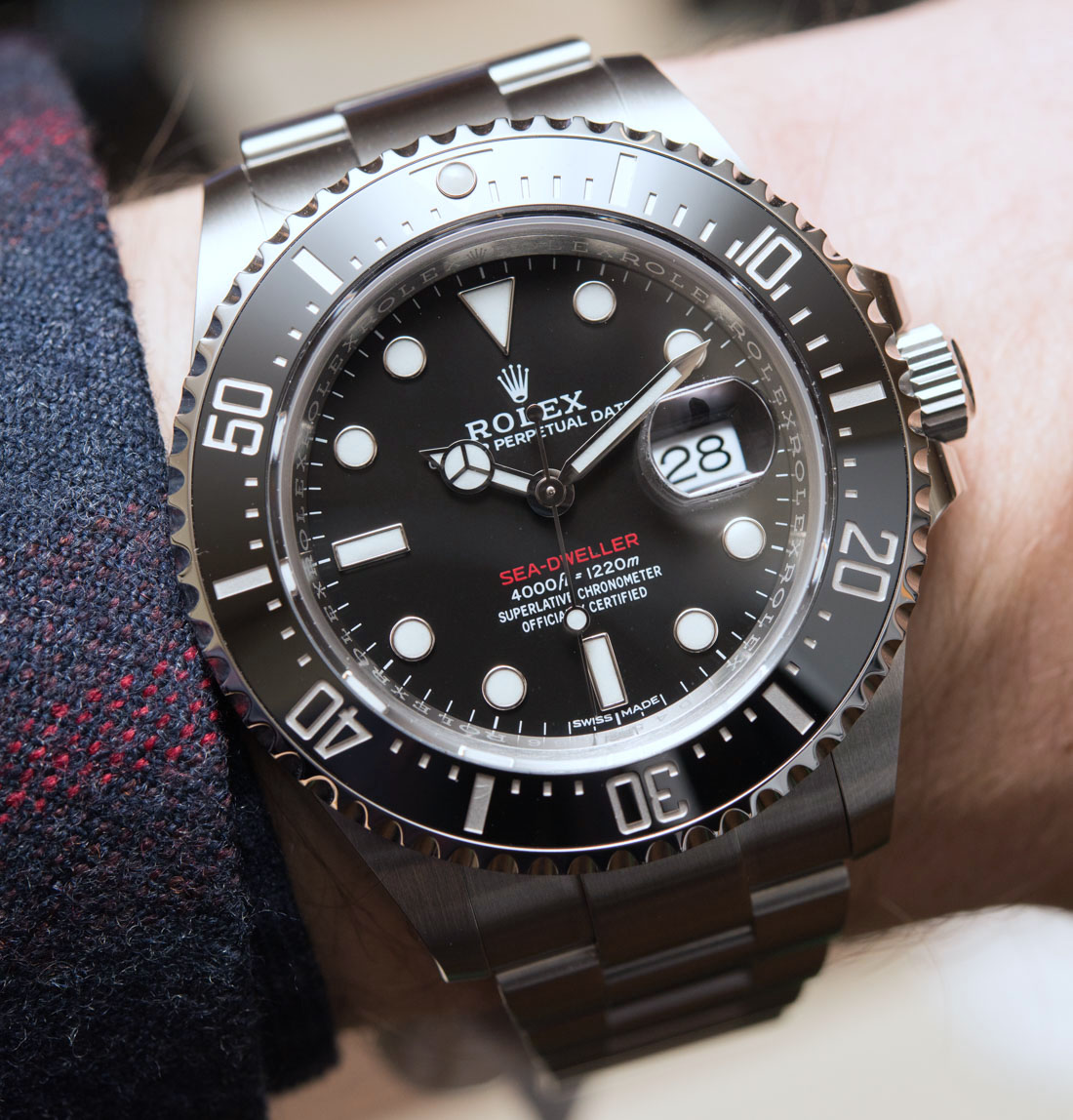 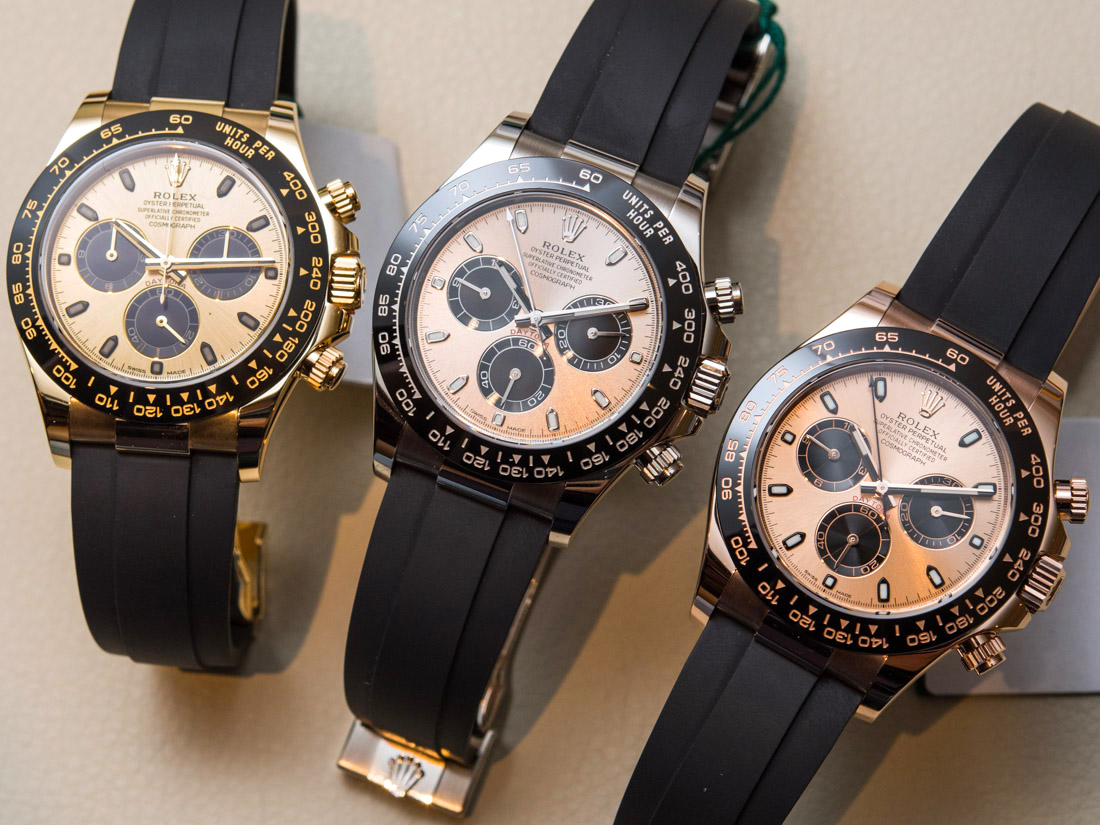 Rolex is updating its Daytona line with three new models in precious metals. The three new models in 18k yellow, white, and Everose gold will all get Rolex’s Cerachrom bezel, but most surprising of all is that these watches will not come with a traditional Oyster bracelet. Instead, they will come with Rolex’s relatively new Oysterflex strap with an Oysterlock safety clasp. To say that this is a divisive choice would be an understatement, but there certainly must be a market out there for it. It seems to us that Rolex wants to make a go at watch buyers who would normally consider a sporty chronograph from the likes of Audemars Piguet and Hublot. And despite what you may think about the Oysterflex strap, these new Rolex Daytona watches are very fine watches. 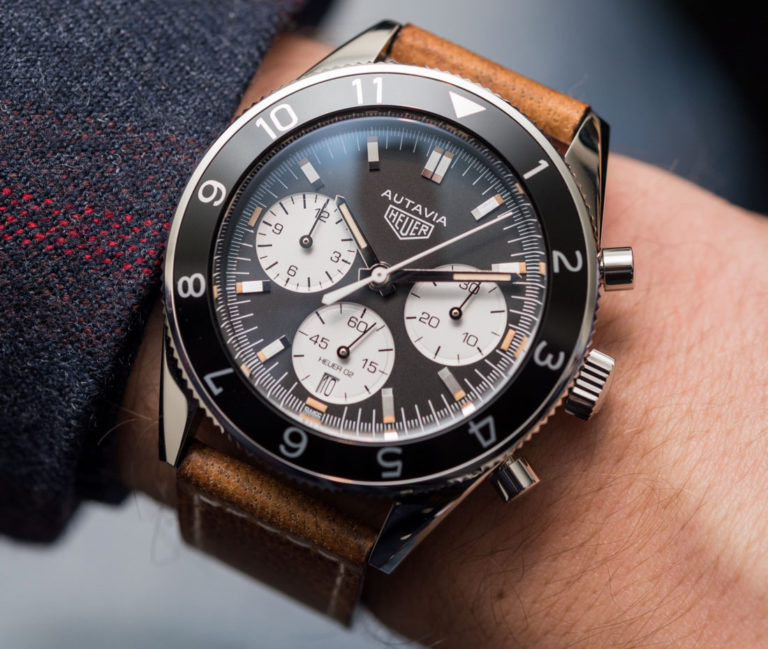 TAG Heuer Autavia Heuer 02 is a pretty special watch because it is actually the result of an online poll of TAG Heuer fans. TAG Heuer asked its fans what the new TAG Heuer Autavia should look like, which is a really cool thing. I can’t imagine some other brands doing the same. In any case, after a year or so of development, the new Autavia is finally here. It’s a handsome watch with vintage-inspired looks, but also important is its Heuer 02 movement, which is actually the ill-fated CH 80 from about three years ago. With its good looks and accessible price point, this watch is likely going to be one of TAG Heuer’s most popular for 2017. 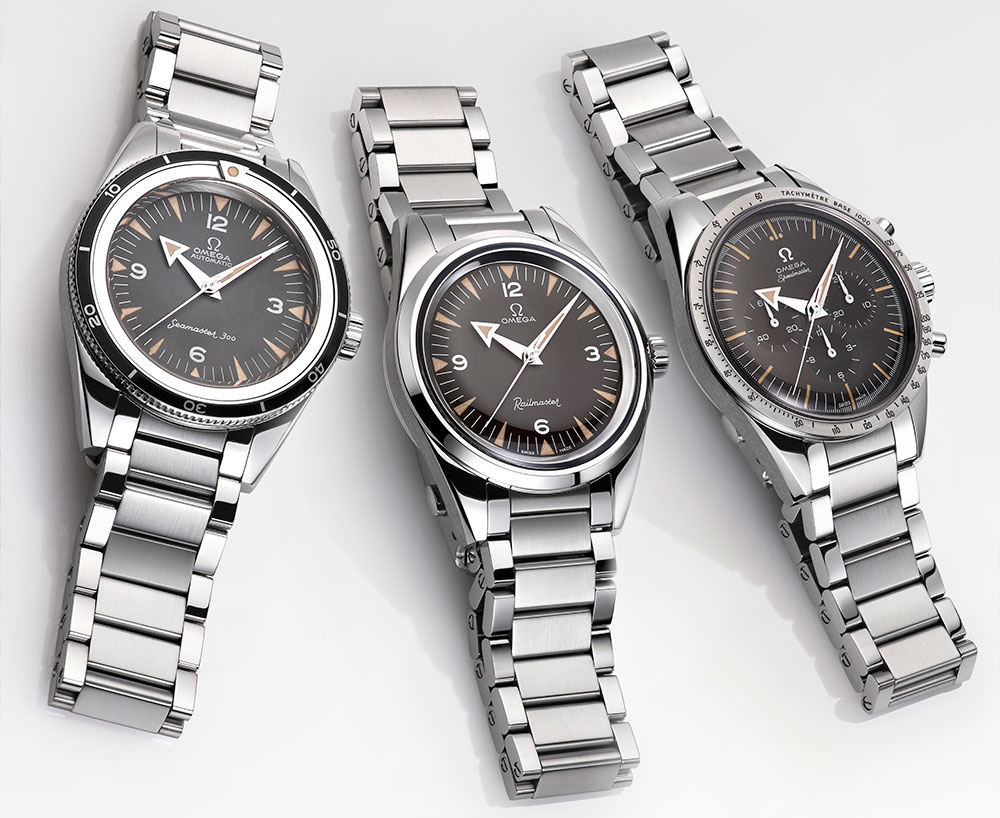 Fans of vintage Omega watches are going to go crazy over this. To celebrate the 60th anniversary of the Speedmaster, Seamaster 300, and the Railmaster, Omega is doing a reissue of all three watches. Using digital scanning and imaging technology for the first time, along with designs and original drawings of each model, Omega has managed to keep the designs of the reissue watches faithful to the originals. Essentially, what you are getting here is a watch with accurate vintage looks, but with entirely modern construction innards, some of which are even Master Chronometer certified. These watches will surely be a hit. 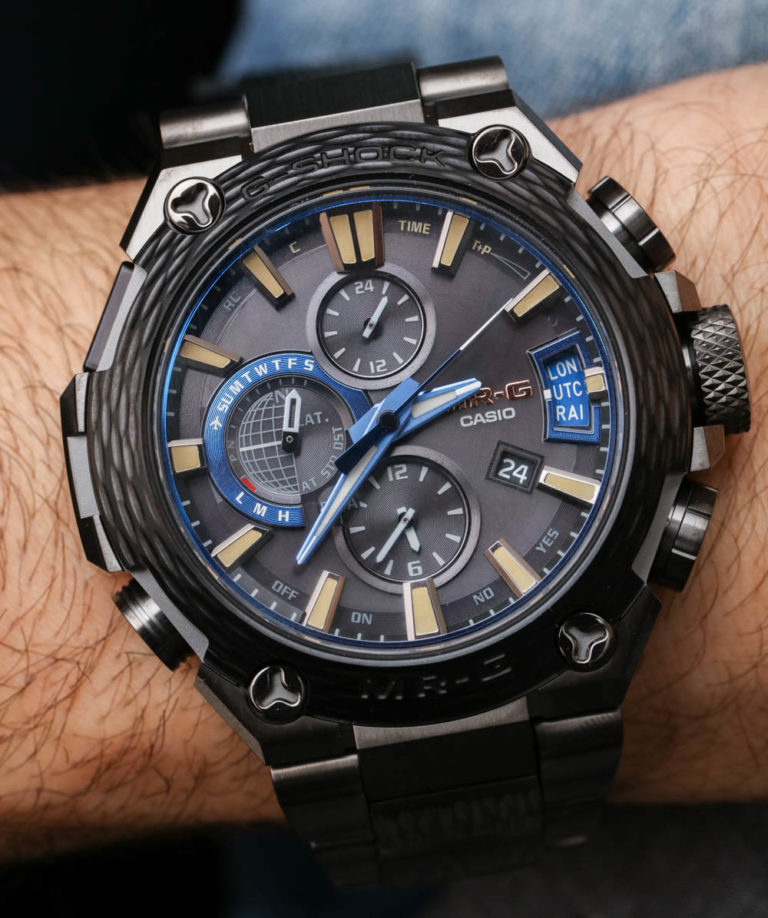 Remember last year’s $6,000 Casio G-Shock watch? Clearly, there are fans snapping them up because Casio is back with another high-end G-Shock called the G-Shock MR-G MRGG2000HT-1A Hammer Tone Bluetooth watch. It features the same unique Hammer Tone technique, which creates an unusual finishing, on the bezel and center links of the bracelet. But more importantly, it features new technology that reflects Casio’s approach to how Bluetooth and smartphones should interact with their watches. They call it “Casio Connect” and the goal is to create a digital watch that is self-sustaining (able to recharge on its own) and able to display the most accurate time. 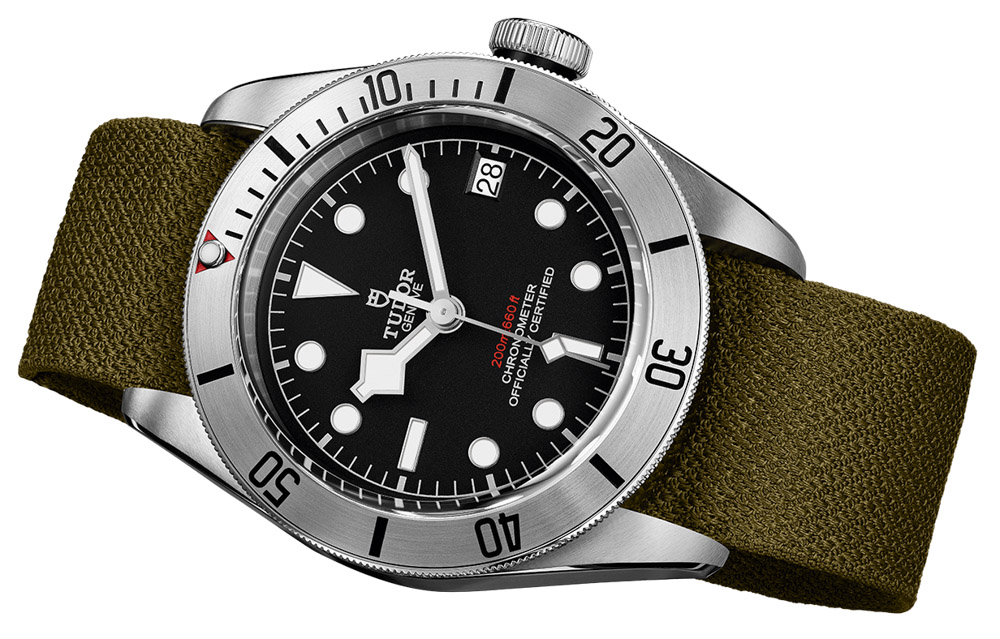