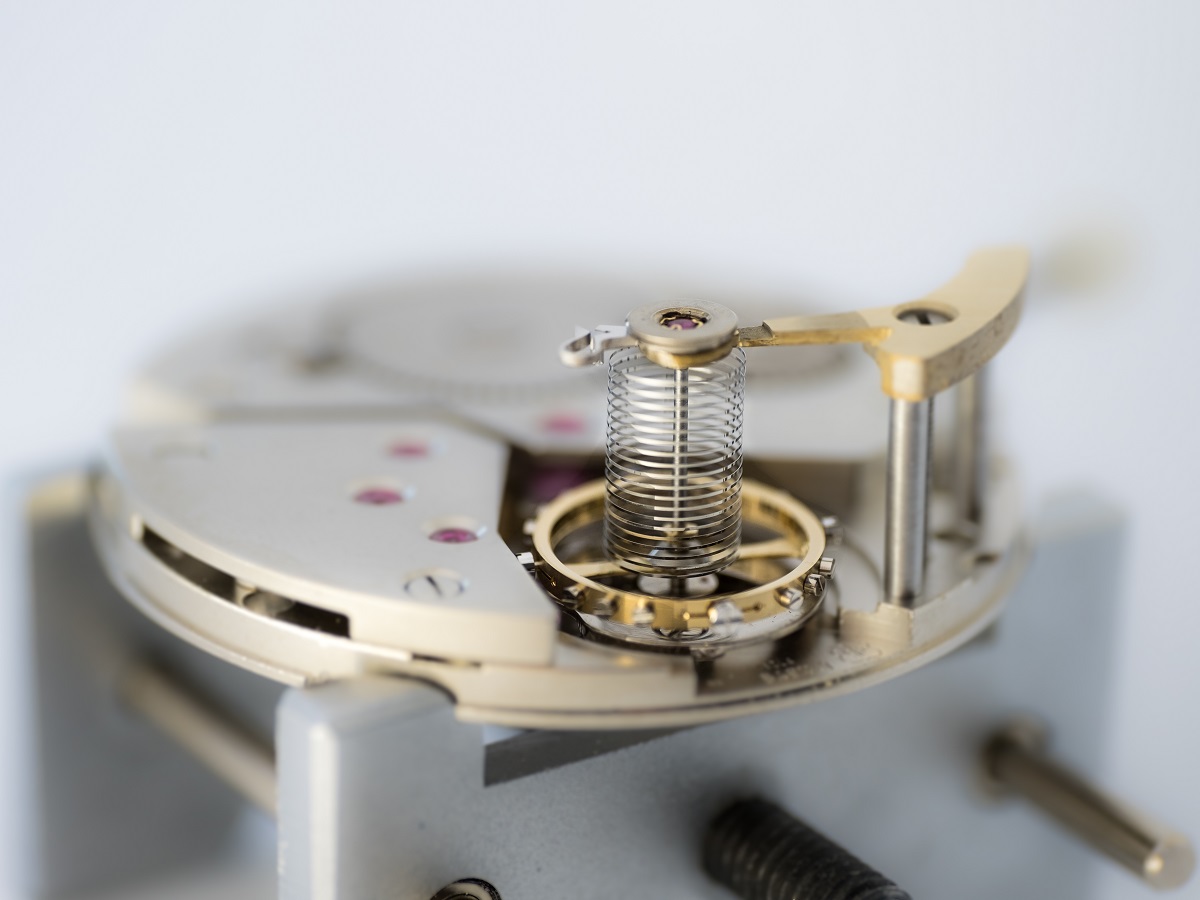 Unless you’ve started your journey down the rabbit hole of obscure watchmaking technologies, including but not limited to hairspring manufacture, you probably haven’t heard much of Precision Engineering AG and the very few companies like it, capable of producing the smallest, yet vitally important components in mechanical watchmaking. Precision Engineering AG (or PEAG for short) is an independent subsidiary of the Moser Watch Holding group, and produces escapement components for sister brands H. Moser & Cie. and Hautlence, in addition to high-profile third party clients who reserve their rights for anonymity. The latest creation to emerge from PEAG was unveiled at the 2018 EPHJ show in Geneva; a cylindrical hairspring, which is in fact not a new invention at all, but one that remains extremely difficult to produce.

In order to understand the significance of this announcement, we first need to understand just how complicated a regular (non-cylindrical) hairspring is to produce. Our David Bredan visited the H. Moser & Cie. manufacture last year and he went in-depth about the rather mind-boggling manufacturing tolerances required to produce a hairspring. I’d encourage readers to have a gander at that article if you haven’t already; for the mechanical watch lover, there’s nothing quite like geeking out to the extreme levels of engineering that goes into these tiny technical marvels. If you’re unfamiliar with terms like tréfilage or laminage, you’re in for a treat. 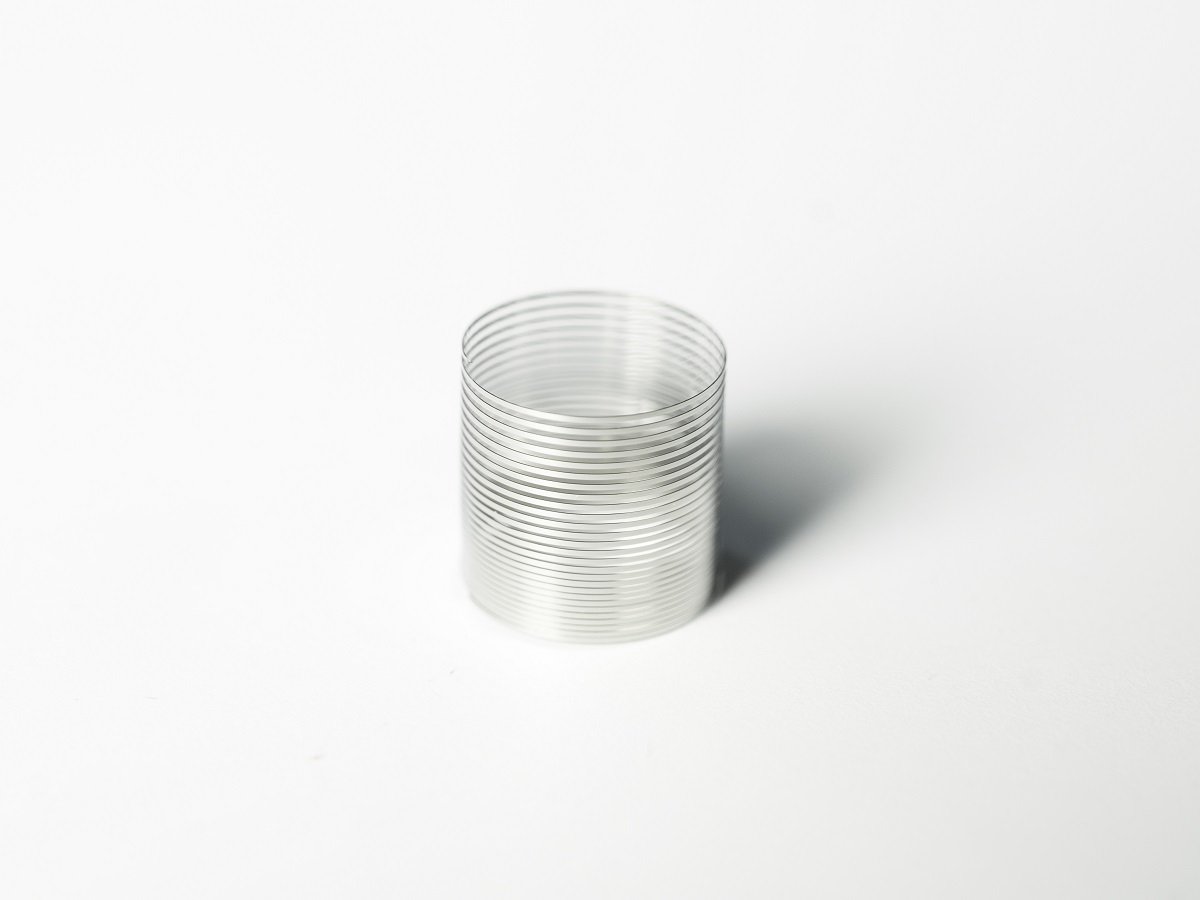 Even in a watchmaking-dominated country like Switzerland, very few companies invest in hairspring manufacture. The Swatch Group have Nivarox, and Richemont have ValFleurier, as well as a few subsidiary brands who can produce their own hairsprings (A. Lange & Söhne, Jaeger-LeCoultre, Roger Dubuis and Montblanc-Minerva). Then there’s Rolex with the Parachrom Bleu and Syloxi springs, Bovet Fleurier SA, and Schwarz Etienne who are all capable of making their own hairsprings. Outside of these brands, the capability to make a hairspring is largely limited to four companies; Soprod (owned by the Festina Group who also own Perrelet), Atokalpa (owned by the Sandoz Family Foundation, who also own Parmigiani Fleurier), a rather under-the-radar company called Optimo Assortment SA (part of the Concepto group), and finally PEAG. 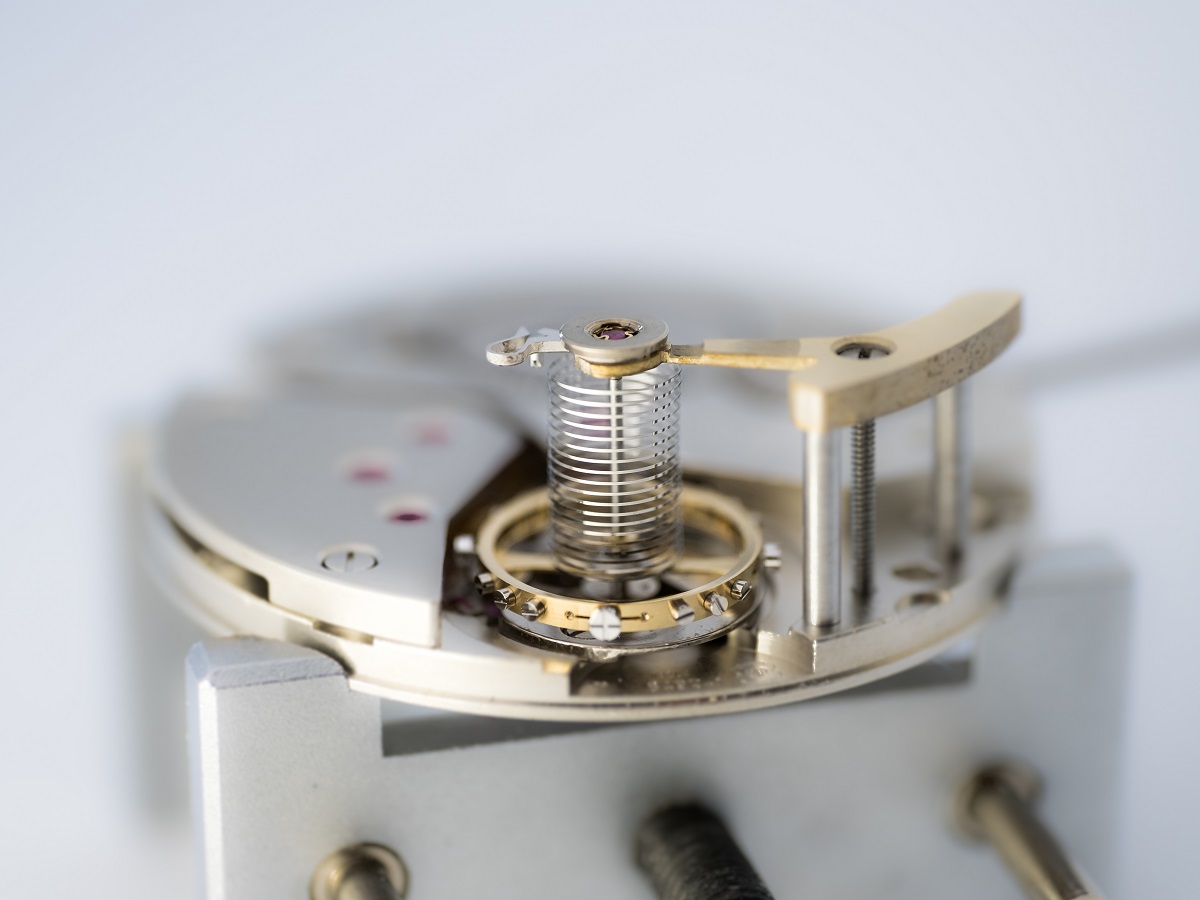 Considering the sheer number of Swiss watchmaking brands out there, the above is a rather short list, which serves to highlight the significance of H. Moser & Cie. as an integrated manufacture. Not content to rest on their laurels, PEAG have decided to push the envelope yet further with the introduction of a cylindrical hairspring, which the brand tells us takes about ten times longer to produce than a traditional hairspring and has required yet more investment in new tools and procedures. The goal of this new hairspring is to improve isochronism, or the ability of the hairspring to maintain a constant, undisturbed oscillation regardless of external forces. The main way a cylindrical spring aims to achieve this is by reducing friction at the balance staff’s pivots for a cylindrical spring “breathes” concentrically, reducing the lateral force that is exerted on the pivot as the spring oscillates.

The cylindrical hairspring was in fact first invented almost 250 years ago, by English watchmaker John Arnold. His invention pre-dated the Breguet overcoil by almost two decades, which has become the de-facto standard method of modern watchmaking to improve the isochronism of a flat hairspring. The Breguet overcoil achieves this by upraising the spring’s last coil and reducing its curvature, which leads to a more-concentric breathing action of the spring (although still less concentric than a cylindrical spring). Although the cylindrical spring appears to be the better technical solution for this problem, I imagine the uptake on this design was limited by the extreme difficulty of manufacturing such a hairspring, coupled with the fact that a cylindrical spring requires far more room inside a watch case and will inevitably lead to thicker watches, which weren’t exactly popular in Arnold and Breguet’s time. 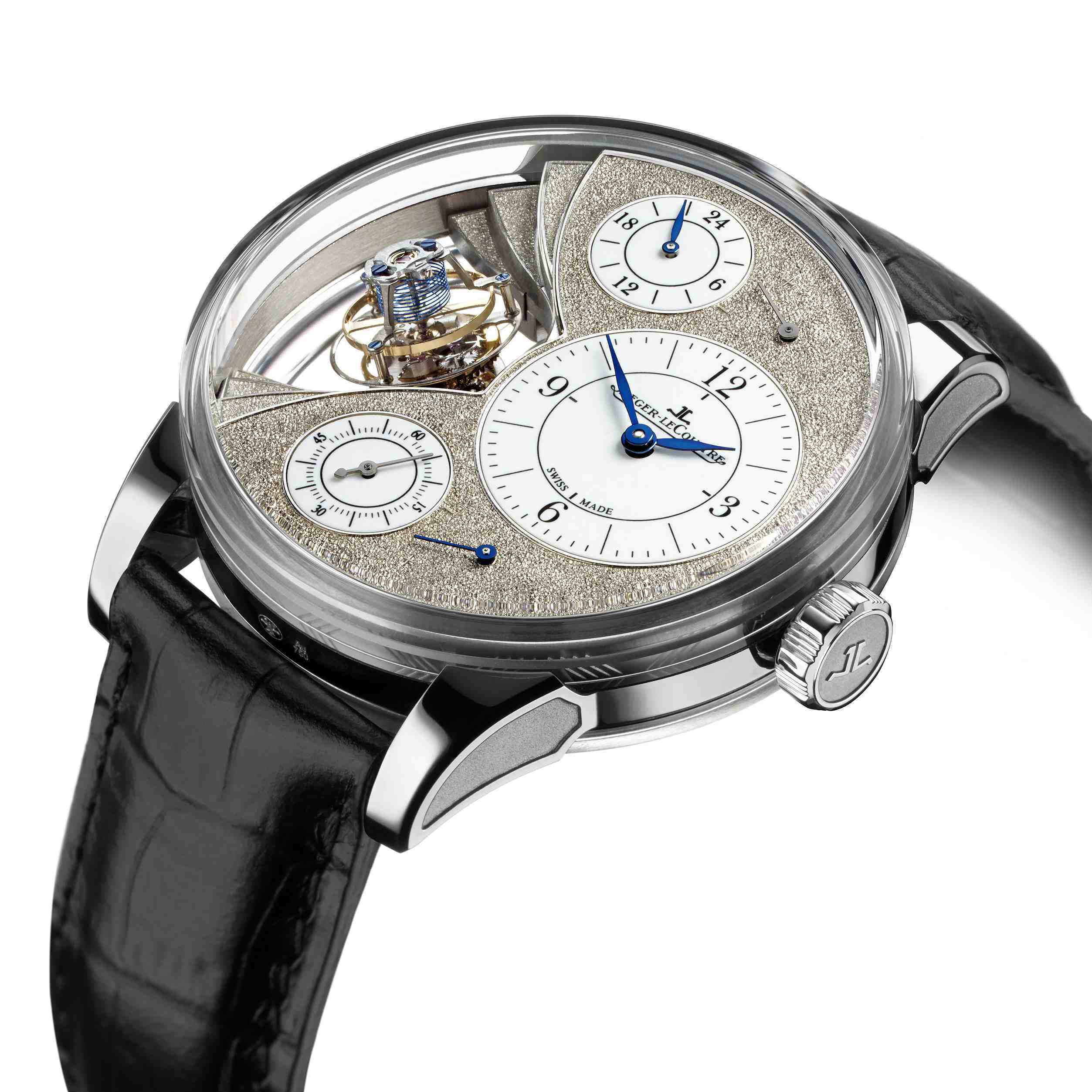 A cool Jaeger-LeCoultre Hybris Artistica Spherotourbillon with a cylindrical hairspring. Not from PEAG, but worth seeing as a neat example.

That being said, PEAG are not the only company around who can boast cylindrical springs in their repertoire. The Jaeger-LeCoultre Spherotourbillon and Bovet Amadeo Fleurier Tourbillon Braveheart are two examples of modern timepieces that feature cylindrical springs, and it’s likely that any future H. Moser & Cie. watches featuring this technology will be in a similarly rarified stratus. The brand tells us that “A cylindrical hairspring is designed for highly exclusive watches, produced in small numbers, or even for unique pieces,” so I doubt these will be commonplace even within Moser and Hautlence timepieces, which already occupy a decidedly luxury segment of watchmaking. Still, I’d love to see a more creative placement of an escapement in a watch case – perhaps in parallel with the plane of the plates, like how the HYT H1 had its pressure cylinders located. I’d love to be able to see a full length cylindrical hairspring breathe inside a dial like that. Panerai has performed something similar with its similarly placed tourbillons, like this one. 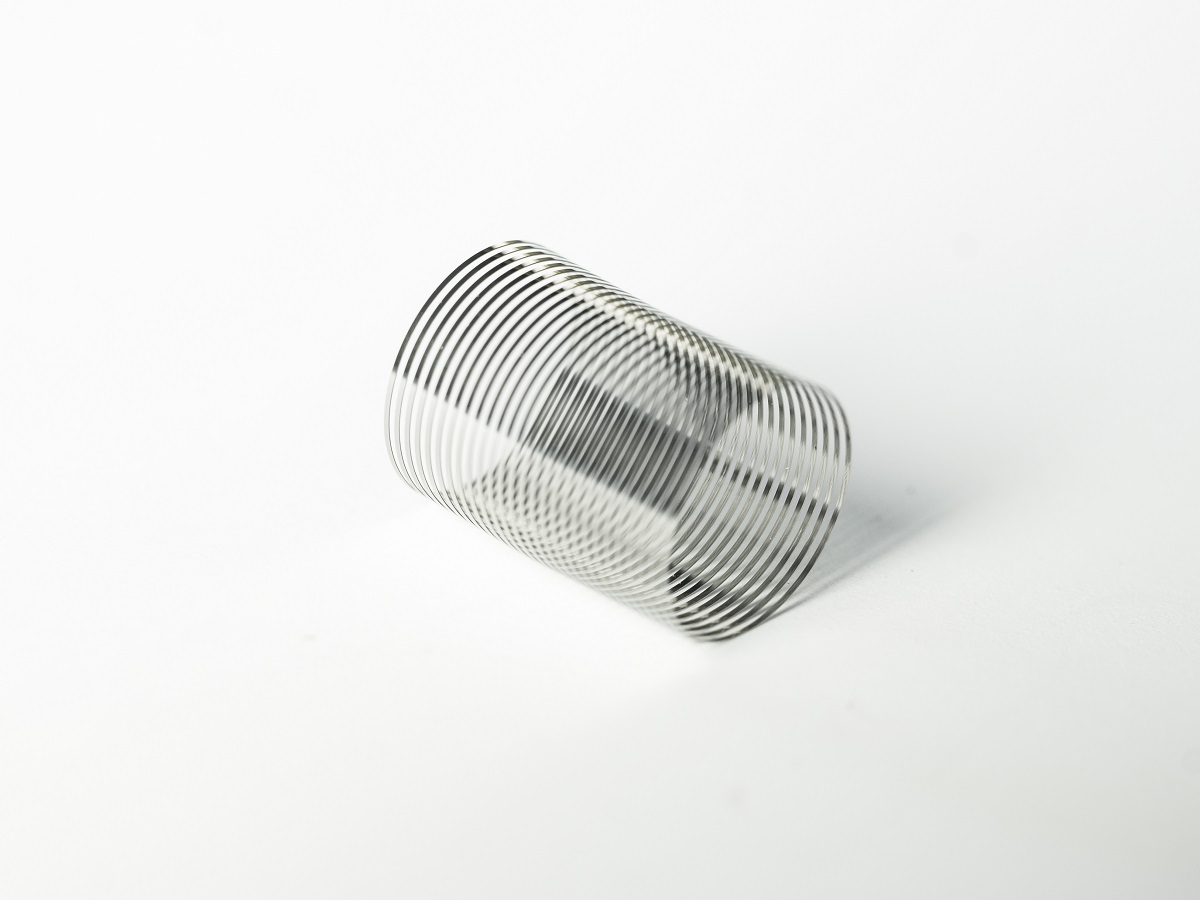 All that being said, it’s cool to see this level of manufacturing being embraced by an independent company. Neither Jaeger-LeCoultre nor Bovet are likely to want to on-sell their hairsprings to external brands; but with PEAG now capable of producing springs like this, we could conceivably start seeing cylindrical hairsprings featured by other independent luxury watchmakers. So this announcement is really more important than it first appears. Sure, PEAG are doing cool stuff which might mean more cool Moser and Hautlence stuff in the future, but the real gem here is the increased options and opportunities this affords to the rest of the independent watch industry. Anything which helps break the monopoly of companies like Nivarox is in my opinion a good thing, and will lead to a greater variety of high-end timepieces for us to enjoy in the future. precision-engineering.ch