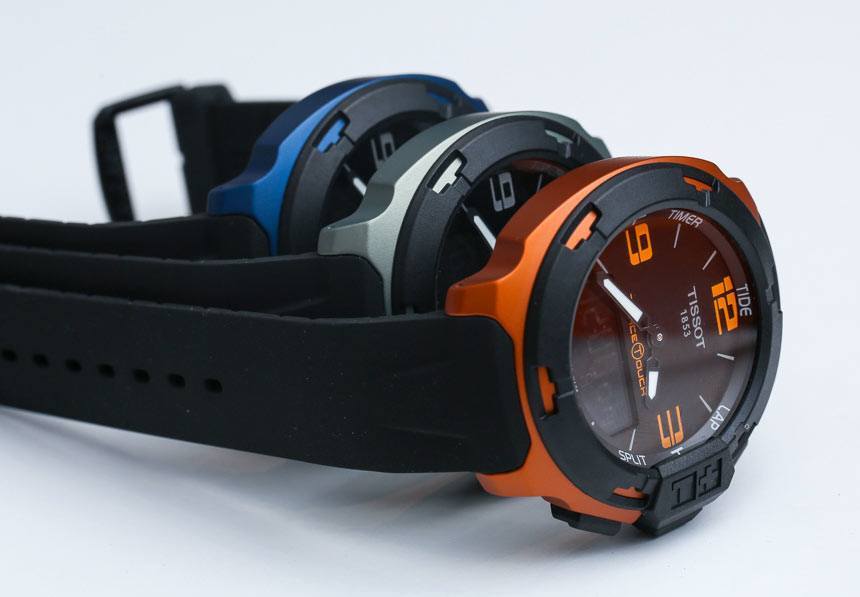 T-Touchers everywhere know about Tissot’s still amazing almost-15-year-old technology that allows you to control the watch by touching areas on the sapphire crystal. Back in 2009, I reviewed a T-Touch Expert watch and with almost 200 comments it proves that people all over the world were interested in this timepiece family. Over the last few years, Tissot has been all about making niche models of the T-Touch. This includes the Tissot Sea-Touch, Sailing-Touch, T-Touch Expert Pilot, and the original Racing-Touch in addition to the standard T-Touch Expert and T-Touch 2 models. Even Tissot admits that the T-Touch family got a bit overpopulated.

So the new name of the T-Touch game is not activity differentiation, but price differentiation. Even though there will be some special styles here and there, Tissot feels that there should be different T-Touch models at different price levels. The top T-Touch model moving forward will be the T-Touch Expert Solar (also new for 2014), while the T-Race Touch will be a more entry level model. 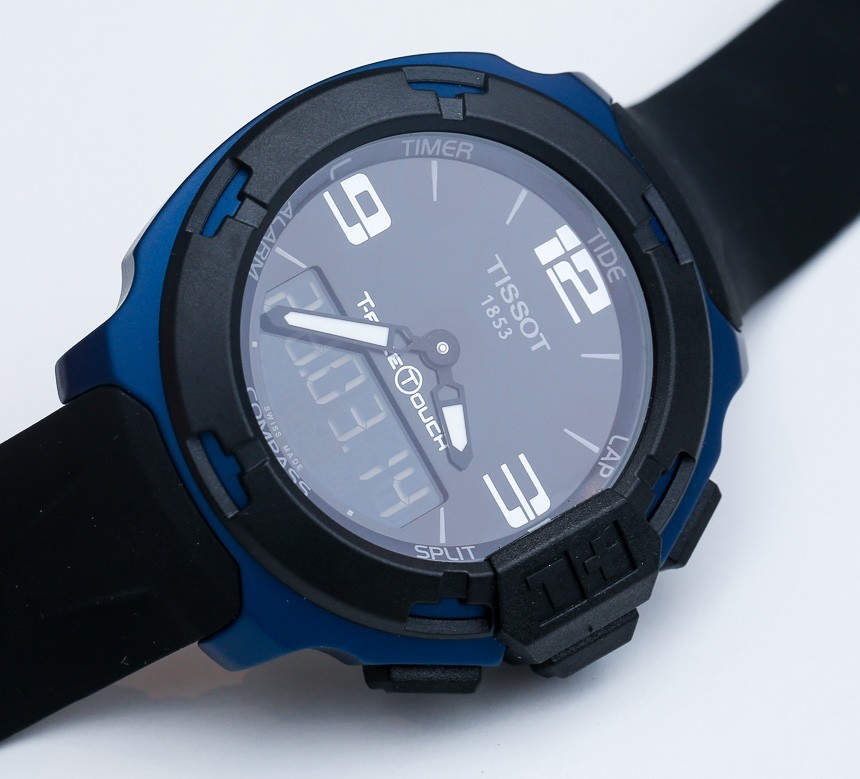 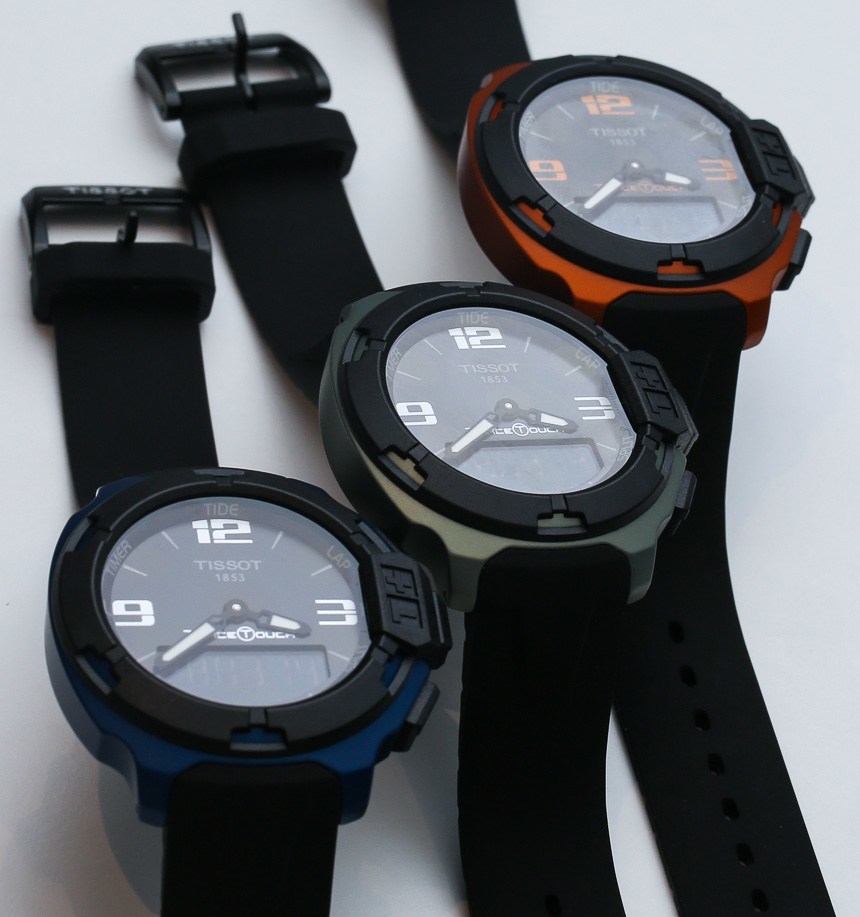 Tissot originally released the T-Race Touch in 2013 (aBlogtoWatch review here). That was the steel collection, and for 2014 they have released the T-Race Touch in aluminum. Why aluminum? Well the material seems to be a bit hot these days for some entry-level luxury watches, especially in the Swatch Group (that owns Tissot). Aluminum isn’t as durable as steel, but it does have two advantages. First, aluminum can be colored easily. Unlike steel that does not take kindly to being coated in all colors, designers can be much more flexible with aluminum.

For that reasons the T-Race Touch Aluminum will come with a case that is either black, orange, green, or blue. The matte finish is handsome, and certainly does not make the watch look cheap as though it were made of plastic or some other material. The big advantage of aluminum is that it is lighter than steel. I think it is even lighter than titanium (but certainly not as hard). That translates into a very comfortable wearing experience because you barely know the watch is on your wrist. 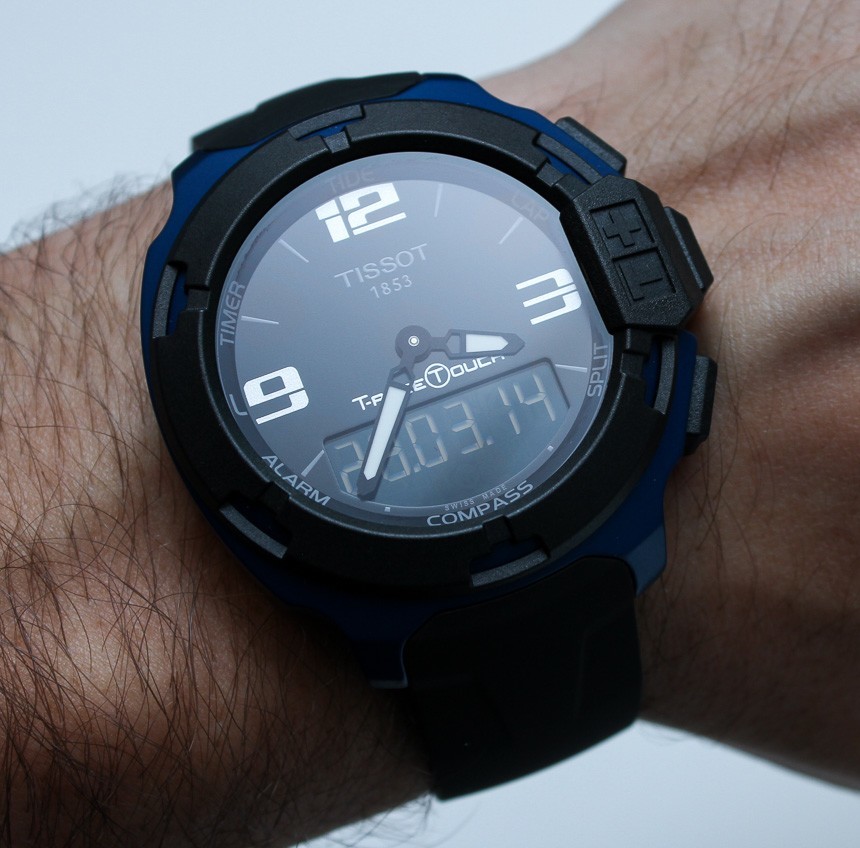